A quartet of possibly the rarest Q8's ever?

Very cool. By the way, we recorded that album in five days. Totally unheard of in those days, or any days for that matter.

Since this was a spec deal, we had to be fast. We planned out every note of every track long before we got to the studio.

We even spliced together two inch tape to have enough for song lengths so we didn’t have to buy new $200 reels. We used left over pieces from other artist sessions.

Hi Arthur!! Thanks so much for joining our little corner of the internet and thank you for sharing your knowledge!

I've got the Quad 8-track tape. Like others, I wasn't sure if this existed either as they almost never appear in trading circles. They must be quite rare. Any idea of how many (or how few were made?) Couldn't have been a huge run. Based on the cartridge, I would wager a guess they were duplicated by Ampex.

If you remember, how was the band mic'd for recording? Reason I ask is that the Quad mix is REALLY intricate. From the sound of things, I'm under the impression that some acoustic guitar parts were recorded with two tracks; one mic being close to the guitar and another placed somewhere in the room to capture ambience.

Oh man..... would love to have been a fly on the wall for that session. You guys were really trying to break new ground, especially in 1975/1976 when the Quadraphonic format was really on the way out.... 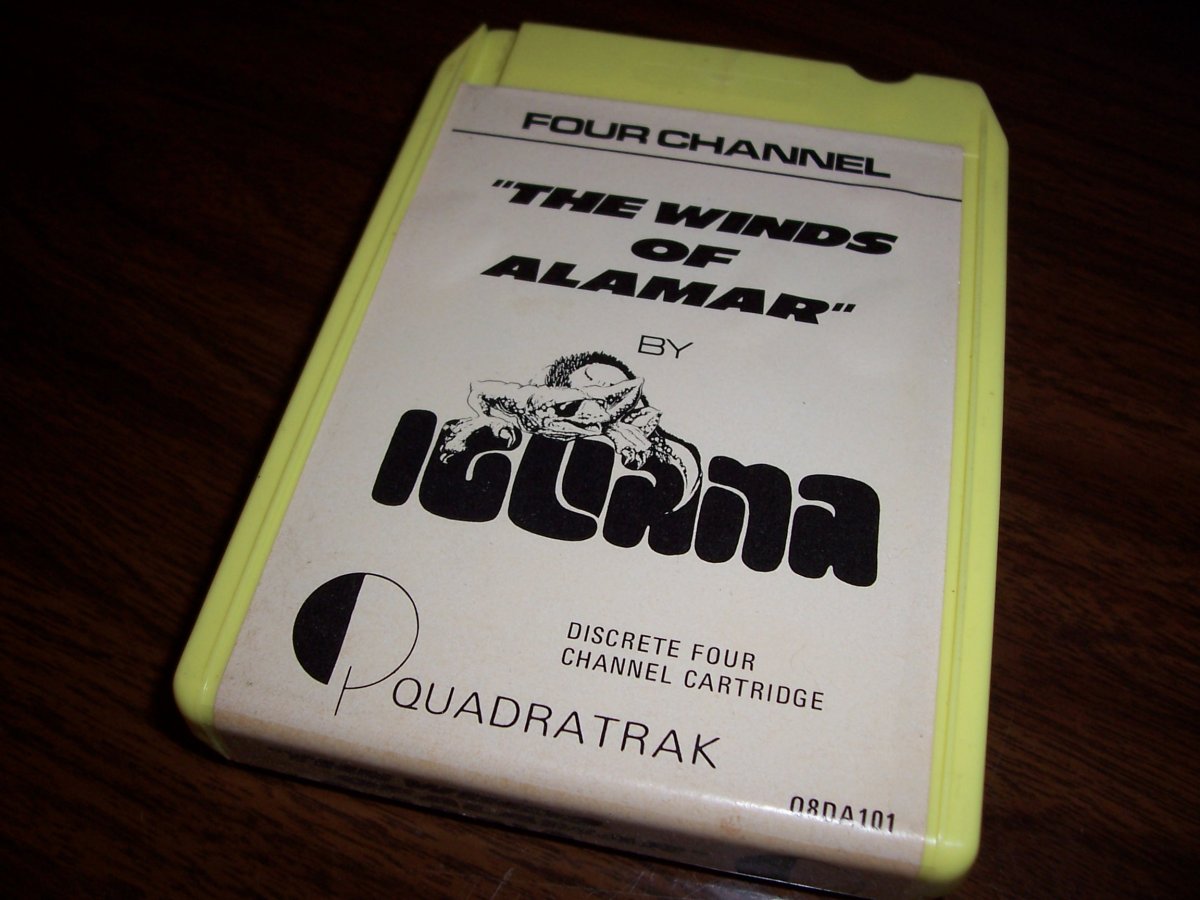 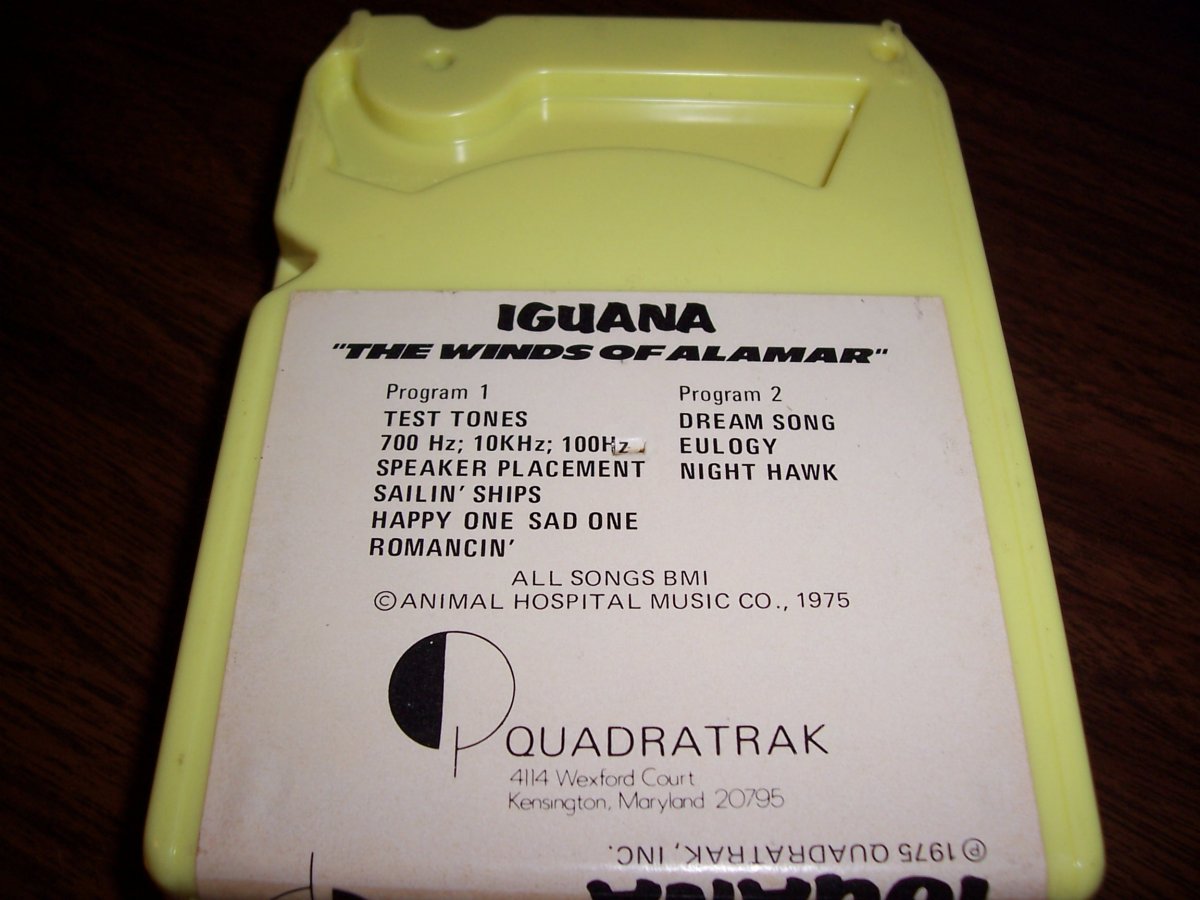 I remember a lot of stereo releases were recorded at Quadraphonic Sound Studios, James Gang "Straight Shooter" and "Passin' Through" are two that immediately come to mind. Despite being on ABC who were releasing Quad (Command label) at the time none of these were encoded! So many missed opportunities in the quad era!

par4ken said:
I remember a lot of stereo releases were recorded at Quadraphonic Sound Studios, James Gang "Straight Shooter" and "Passin' Through" are two that immediately come to mind. Despite being on ABC who were releasing Quad (Command label) at the time none of these were encoded! So many missed opportunities in the quad era!
Click to expand...

I'm going a little off topic, but I get the impression that a lot more was mixed than we are aware of. I know people like Steve Hoffman has said in the past (when asked) he's seen Quadraphonic mixes in some vaults that NOBODY knows about and he would know as he's pretty much THE guy to get access like that. Why would he lie? Too bad he is contractually obligated to keep his lips sealed.

I'm starting to think more and more that it came down to production capacity and/or production scheduling. I'm kinda drawing on this idea from the car world, specifically American Motors (a marque I'm more than familiar with). AMC, like many smaller companies had products in high demand. Problem being they were just that: small companies with limited production capacity. AMC could have sold more cars if they could've only built more cars. Not to get too detailed but they had three production lines at the Lakefront Kenosha plant and only two lines in Brampton, Ontario for the small cars. 1973 was their peak year for sales and they STILL couldn`t get 400,000 cars to market. By the time they upgraded the Brampton plant in 1979, it was a case of "too much, too late". Sure, they now had capacity to produce in excess of 500,000 cars annually.... but they didn't have a product that anybody wanted!

I've heard stories that some reproduction places were running 24/7 and could not keep up with demand. But not only that, there was only so much polyester-backed magnetic tape in the world.... there was just only so much production capacity. I would also wager that production scheduling went towards the more necessary stuff ie: stereo. So, the hot ticket stereo tape would get the lions share of production, then and only then would the niche-market Quad stuff get a limited run because the NEXT hot stereo title was due to be done....

Heck, even in the 80's.... maybe it was different depending on where you lived, but on average it took 2 to 3 YEARS before a film that was at the theatre made it to home video. In my mind, Star Trek II was a 1985 movie because that's when we got the VHS tape. Imagine my surprise years later when I learned that movie was actually released in '82.


So, I guess my point is y'know.... don't lose hope. If it was recorded at a Surround-Sound friendly studio, and they recorded on a Quad-friendly label.... there might be a pretty good chance that a 4-channel mix was at least attempted. Whether or not that tape still exists and/or can be found is a completely different topic altogether. But.... I can safely say I do believe we've turned a corner and while the big record companies are playing cautious.... I think they have finally come to the realization that there could be money in some of those "old, worthless Quad recordings".
T

In the latest edition of Mojo, there's a review of the reissue of Nancy Sinatra's debut album Boots. The reviewer claims that it is being reissued on 8-track cartridge 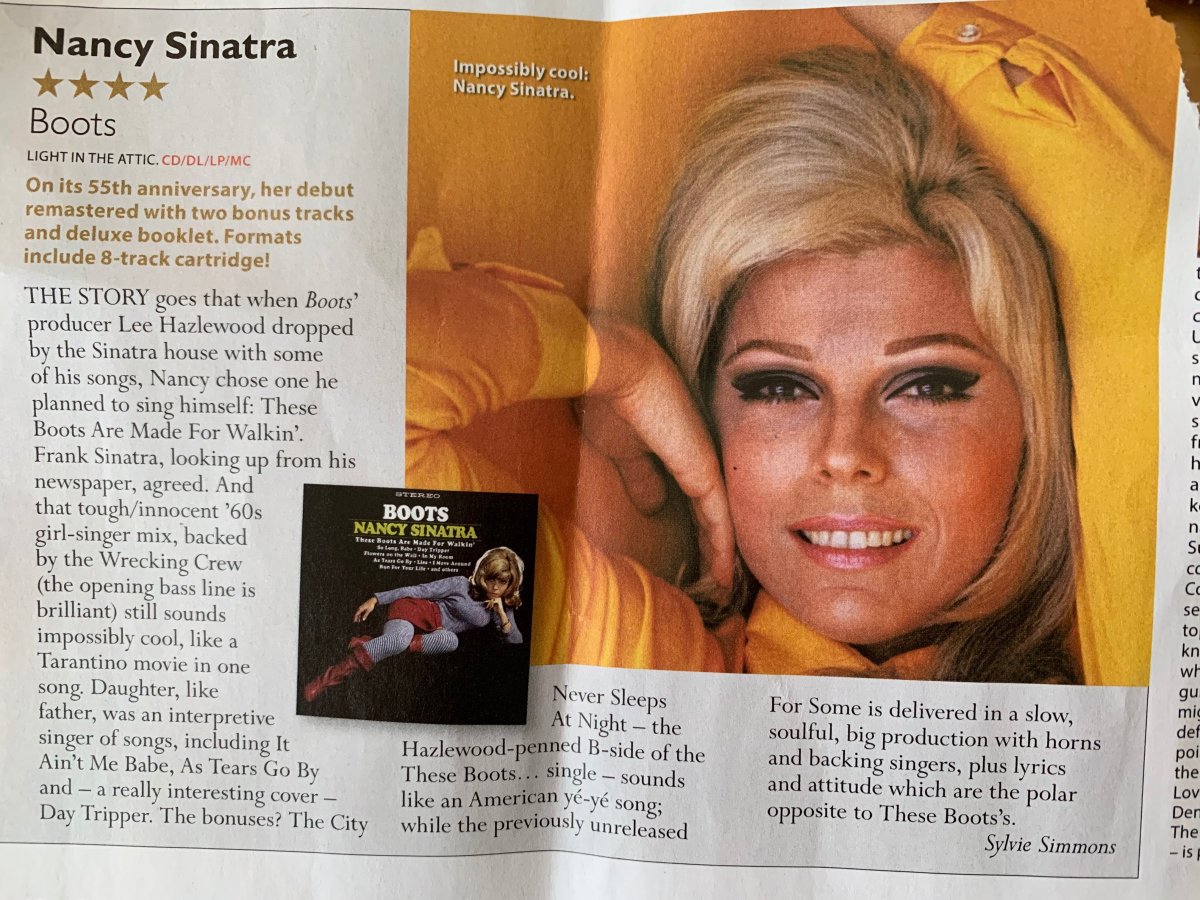 What if the stereo version WAS the quad version?

Many of us in the matrix camp did not create separate versions with different masters for each kind of release. We made one master that was encoded during mixdown.

I have made only a very few stereo recordings since I made my first quad recording in 1970 (the Dynaco Diamond encoding). When I make or mix down a recording, I put regular matrix quad in it.
You must log in or register to reply here.
Share:
Facebook Twitter Reddit Pinterest Tumblr WhatsApp Email Link