Are all these DG/PF 5.1 releases any different than the Blurays?

alansanchez86 said:
Are all these DG/PF 5.1 releases any different than the Blurays?
Click to expand...

But then I can't tell the difference between DTS surround and lossless!!

Ok, I found out where the limitation is: Apple TV 4K maximum quality is 24/48. To get higher rates you need iPhone or iPad and an external DAC.
At a certain moment Apple promised to get the higher rates in the tvOS 15, but it seems they failed to
C

César said:
In exchange and although it's not marked as such, Live in Gdansk is also in 5.1!
Click to expand...

If all the tracks aren't Dolby Audio, the album will not be marked as Dolby Audio. This release has some videos, so that is why.
S

alansanchez86 said:
Are all these DG/PF 5.1 releases any different than the Blurays?
Click to expand...

I have the blu rays of River and Bell and the differences, if any, are very difficult to spot! On a Island in my opinion sounds better in Apple Music Dolby audio than on the original dvd.

This jazz album is cool

Sounds from the Ancestors by Kenny Garrett

thanks for the heads up

Mum's watching the footie at the mo too afaik, though possibly not while listening to Pink Floyd, though she did know Ginger and David back in the 80's so its still the soundtrack to the match in her head, maybe

beerking said:
And as if by magic...

Damn. Not available in the US yet.

This jazz album is cool

Sounds from the Ancestors by Kenny Garrett

Not sure if this is here in the US yet, but really hopeful, Kenny Garrett is a monster player, played a lot with Miles!

Cheezmo said:
Been listening to them all day down here in Texas...

The Division Bell by Pink Floyd

Ick said:
Damn. Not available in the US yet.
Click to expand...

It is in US wooo hooo!! here is the link:

This is great...6 Pink Floyd/Gilmour albums in Dolby Audio 5.1 and

Here's some PINK in ATMOS...

Hurts 2B Human by P!nk

I believe this was on DualDisc...

I'm Not Dead by P!nk

Is it real or is it Memorex?

J. PUPSTER said:
Is it real or is it Memorex?
Click to expand... 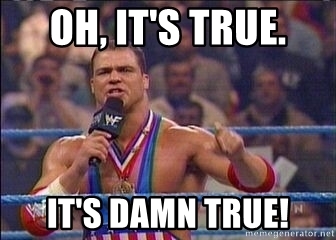 A Momentary Lapse Of Reason (2019 Remix) by Pink Floyd

Very excited to see this appear. I never heard the 5.1 mixes from 'The Early Years' Blu Ray, which I seem to remember having multiple negative reviews. I've only listened once, but this mix seems fine to me. Does anyone have an opinion on whether it is the same or if it sounds better in this presentation?

Not sure if people saw, but the new Macbook Pros will have six speakers, in furtherance of the spatial audio push. Obviously it still won't be proper surround since the laptop can't surround you, but should make the illusion more effective.
C

Last Friday the new 4th album from "Halsey', 'If I Can't Have Love, I Want Power' (IICHLIWP) appeared under the Spatial Audio catergory, under Browse in Apple Music, on all my devices, Apple TV4K, Iphone, Ipad etc. So far it only shows up as Lossless, not as Dolby Atmos or Audio. There appears to be two versions, but they appear to be the same. The tracks play as 2.0 for me. There don't appear to be any extra tracks on the album. Does anyone see 'Dolby Atmos' or other multichannel format? Am I missing something or is there an error?

This album was released around 20th August and I was surprised that it did not appear in Atmos on release. 2020's excellent 'Manic' has been available in Atmos first on Tidal since last year and later on Apple Music. I listened to it first, after seeing the enthusiastic review at 'Life in Surround'. Its since become a firm favorite and one of those albums, while initially inaccessable (at least to me), grows with every listen until you find yourself humming it in the bath. My favorite lockdown release.

The earlier albums 'Badlands (2015)' and 'hopeless fountain kingdom (2017)' were released in Dolby Atmos in the fortnight before the new release. You would have expected the new album to appear in the same format. I've been hearing some of the new tracks in my dreams, so I am very keen to listen to the album in glorious Spatial Audio, as the label says. Any thoughts?

(Late note: I just noticed the other version is the non-explicit version with the exposed breast on the cover covered up. Nothing to do with Atmos.)
Last edited: Oct 20, 2021
I

EricKalet said:
It is in US wooo hooo!! here is the link: