It does NOT get better than this! It goes to 11. I've owned 5 copies of this album: SQ, Q8, 2ch LP, CD & Blu-Spec CD. An expanded CD has just been released, which I intend to pick up. Before this came out in Quad, I picked up the 2ch LP as a new release. Like a lot of great albums, I didn't think much of it, but boy did it grow on me. And the Quad mix: a 16 piece band was made for Quad. If you care at all about Latino music and/or Quad, you gotta hear this!

A slightly more 'homegrown' Santana, you might say...but because they sounded too much like Santana, and didn't have his high profile, they sold respectably at the time but nonetheless wound up lost in the shuffle, and never had a radio hit--which was probably what doomed them to obscurity. But I agree, anyone who digs a very lively quad mix must have this one, and goes without saying that, for Latino/salsa-styled rock, among the finest of the early '70s. A '9' here.

I do remember Peace Everybody from the radio, if infrequently. I heard Malo - Dos album cuts much more.

timbre4 said:
I do remember Peace Everybody from the radio, if infrequently. I heard Malo - Dos album cuts much more.
Click to expand...

Malo--featuring Carlos' brother, Jorge--got the hit Azteca never did, so at least in the short term, thanx to "Suavecito" they got some notice. But they too suffered from diminishing commercial returns. Santana thrived for many years despite regular shifts in musical direction, but then they had a strong rep that carried them through the more experimental phases. He was also the frontman and a very visible presence--and that never hurts, either.

Malo Celebracion is all 4 of their WB albums in a limited Rhino Handmade box: 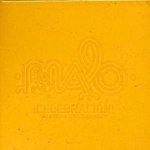 I liked them a lot, and "Suavecito" will always remind me of the spring/early summer of 1972, a particularly strange but romantic time in my life. There were some great records back then, like the Dramatics' "In the Rain" and Love Unlimited's "Walking in the Rain With the One I Love" I'm still particularly fond of. I played the hell out of a few albums back then, one of them Malo's debut and of course the Stones' EXILE ON MAIN STREET. Music like that made up for such rotten sludge as "Daddy Don't You Walk So Fast" and "The Candy Man," the kind of 45's I'd buy an extra copy of just so I could later, in the mood, smash them against my basement wall (a nice catharsis, actually).

Azteca in '07 rehearsing Ain't Got no Special Woman for reunion tour: http://www.youtube.com/watch?v=8fKRdEyHkhQ

I picked up the Q8 of this a few weeks ago, forgot to comment. It's great! A real "made for quad" recording. You'll find various percussive elements (bongos, congas, drums, shakers, etc) thrown around the four corners to incredible effect.

There's a funky little surround flourish in track 3, "Ain't Got No Special Woman", where the vocals stop and drums attack from phantom left, then phantom right, and finally front center. I posted a visualization of it below. It's very cool, certainly an attention-grabber, and also interesting because I can't think of many instances where Columbia quad mixes have an instrument panned hard into one side-wall in mono. I was under the impression that at this point in the game CBS engineers were told to stick to the four corners and center front only to ensure a successful SQ encode/decode, Aerosmith's Get Your Wings (done for quad a few years later) has a few such placements as well, including the opening guitar riff to "Train Kept A Rollin' which is suspended between right front and right rear.

its an overdue "10" from me, i've loved this musically since Linda first mentioned it and i went investigating this curious blend of Santana and the Carnival! its rocky, its funky, its swingy, its bluesy, its a super engaging exciting listen all round for what is a fairly long record - and most importantly for us here at QQ, the Quad mix is, in a word, sensational. easily one of the best of the earlier gold-bordered CBS Quads, imho and the Q8 sounds really nice.