Please post your thoughts and comments on this new 50th anniversary deluxe edition of the Band's classic third album "Stage Fright".
The album has been newly remixed in stereo & 5.1 surround by veteran mixing engineer Bob Clearmountain! 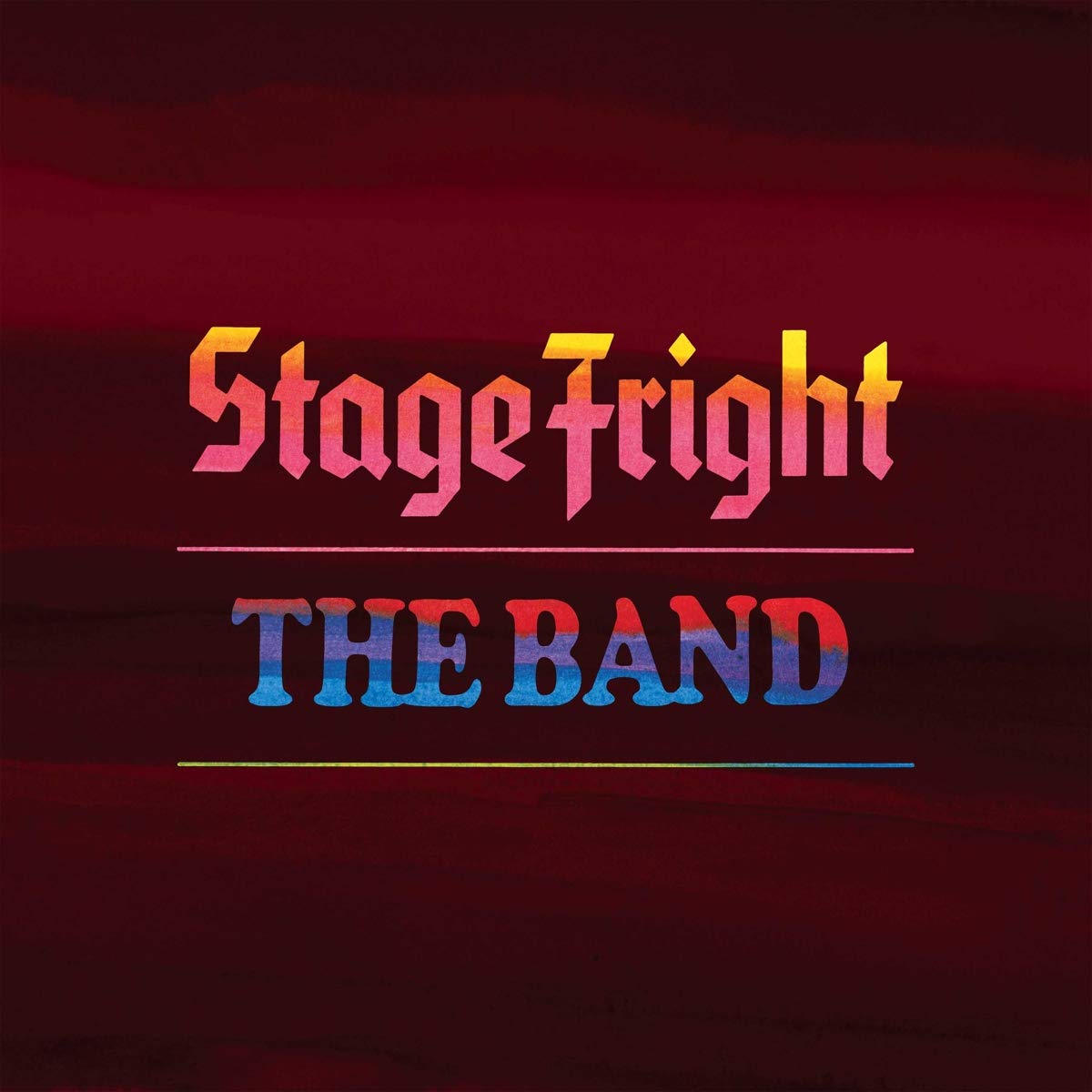 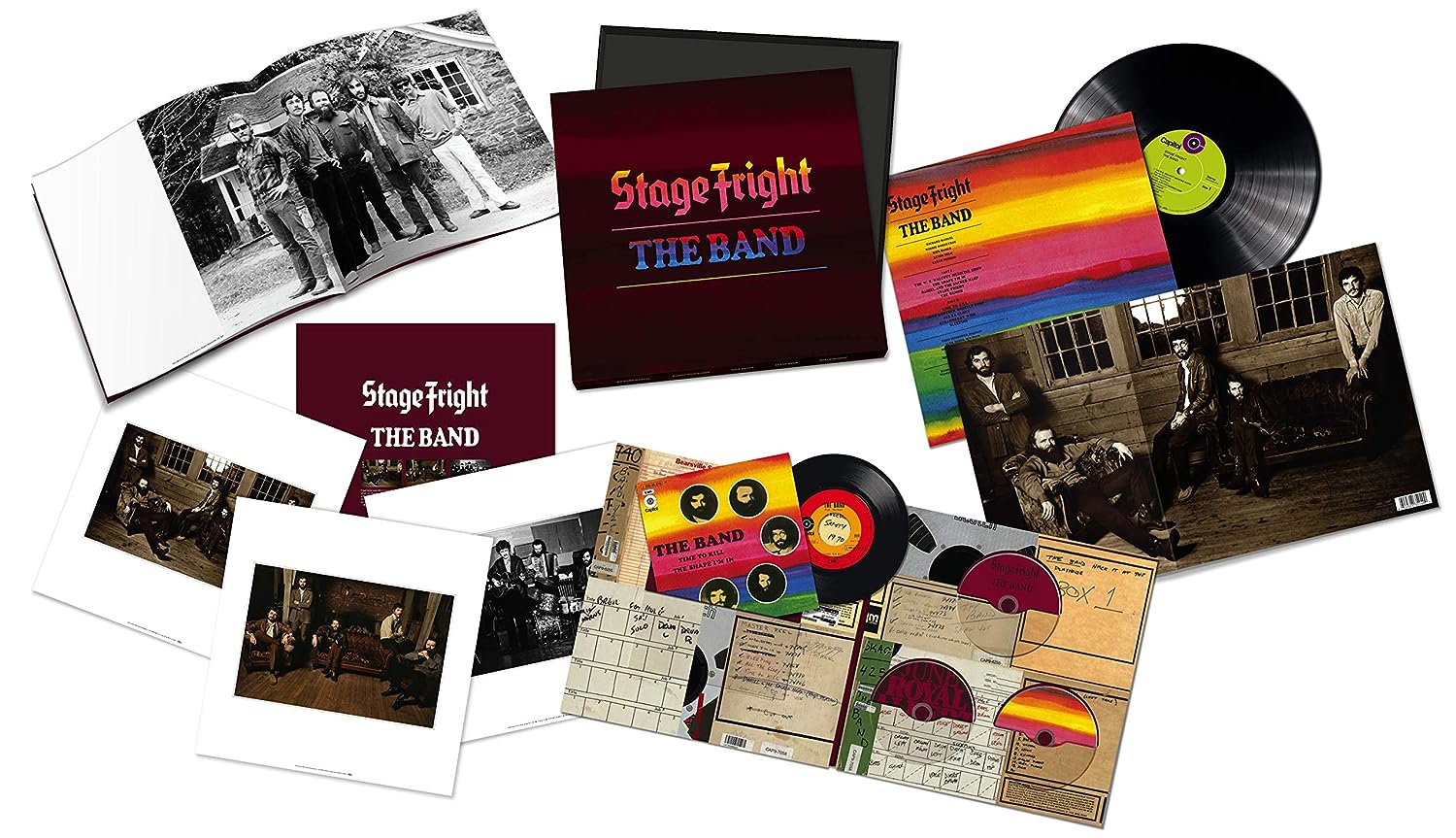 Listened first time tonight DTS-HD Master 5.1. Everything is clear as a BELL! and overall was louder than I expected, especially when hearing the first song. Lots of separation...just what I was hoping for. Robbie claims the left rear, Garth is in right rear with one hand and elsewhere all over the place with his other, Levon is in center and spread across fronts, Richard is in the fronts mostly in the right (I think - I need another listen), and Rick's bass is thumping throughout. Vocals are almost always in the center, but can sometimes move to right or left front. I'm very happy, and will be listening again using Dolby TruHD. I also gotta watch listen to the live performance...!!!!
Last edited: Feb 12, 2021

I voted 9. Can't say exactly why not a 10, just a feeling I have.
Great box set, for the size one of the best I own. The liner notes, are short and to the point. The photo pictures are beautiful.
The on screen menu is very easy and can change audio sources on the fly which is nice.
Ripping the Blu Ray was easy with MKV & Music Media Helper.
I love the music of this release, a continuation of the first two albums, nothing lacking for me.
The Blu Ray has everything in 24/96 stereo and surround except the Calgary Hotel Recordings (CD 1).
The new 2020 mix has the track order different than the orginal release, Robbie Robertson comments about this in the liner notes.
CD 1: I only listened to the Calgary Hotel Recordings. Your not missing much.
CD 2: Live at The Royal Albert Hall, I did not listen.
BD 1:
I listened to the 5.1 2020 remix with the DTS-HD MSTR option, tried the TRU HD, but preferred the DTS. Really good surround and the star of the show was Robertson's guitar in left rear, very isolated. I did get a little distracted at first with this guitar and changed my levels a bit and equalized things so it was better. The surround is so much better than the stereo, all the little things that come out. Fidelity is great. The music recorded really shines with it's reverb from the venue they recorded in (liner notes a must).
I listened to the 5.1 Live at the Royal Albert Hall in TruHD, for some reason I felt the TruHD picked up the large hall ambience better than the other options. In fact when listening I also added in from the reciever the NeuralX option which opened my height speakers into faux ambience and I must say, the best live recording I have ever heard. You know that kind of echoey sound you hear in large auditoriums? This really picks that up and loved the large ambient sound. A few actual discreet moments, but a older live recording, so not much, but still perfect. Super great track list on this live recording.
I compared the 2020 stereo PCM remix to my MOFI SACD. Dynamic Range numbers are higher on the SACD than this release, however I felt this release to be better in sound quality than the previous SACD.

In the end this surround version much better than the first two anniversary releases from The Band. Much more consistent in surround mixing and fidelity. Probably better equipment when orginally recorded?
Glad I have it and will listen to again.

MikeMonaco said:
Listened first time tonight DTS-HD Master 5.1. Everything is clear as a BELL! and overall was louder than I expected, especially when hearing the first song. Lots of separation...just what I was hoping for. Robbie claims the left rear, Garth is in right rear with one hand and elsewhere all over the place with his other, Levon is in center and spread across fronts, Richard is in the fronts mostly in the right (I think - I need another listen), and Rick's bass is thumping throughout. Vocals are almost always in the center, but can sometimes move to right or left front. I'm very happy, and will be listening again using Dolby TruHD. I also gotta watch listen to the live performance...!!!!
Click to expand...

Terrific album all the way around, surround is top notch. I agree with marpow on the live performance, and it sounded much better when I used PLII on my amp (you go with what you got). Gave this a 9 only because the songs on The Band album are better, IMO. Can't wait until we get Cahoots.

This one is a revelation for me! I agree that these reissues from The Band keep getting better; as @marpow surmises, probably a function of the equipment on which it was originally recorded. The fidelity and mix are phenomenal; it's as if i'm hearing this for the first time, so fresh and wonderful. I can't help but wonder if part of the newness isn't connected to the new running order. As Robertson notes in his essay, included in the engaging book,

"For the 50th Anniversary collection, we decided to change the sequence and go back to the original song order. On the album, we used a different sequence to feature and encourage Richard and Levon's songwriting participation. Over time, I pined for our first song order, because it pulls you right into the Stage Fright scenario."

And it really does pull me in, as does the wonderful mix, with strong definition and clear separation of individual instruments. @MikeMonaco does a nice job above of breaking down placement. By this release, their third album, The Band had really become a tight unit, and this mix highlights their ebullient interplay.

The original running order was Strawberry Wine, Sleeping, Time To Kill, Just Another Whistle Stop, All La Glory, The Shape I'm In, The W. S. Walcott Medicine Show, Daniel And The Sacred Harp, Stage Fright, The Rumor. The running order for this anniversary issue really gives the album a different feel; although i can understand that some who are more familiar with the album might call the move sacrilegious, it strikes me as compelling and–to quote Robertson again–makes the experience "enlightening and rewarding."

What sets this release apart for me is the inclusion of a live show from 1971 at London's Royal Albert Hall. It was recorded on a 4-track machine, so Clearmountain's mix mostly has the classic "ambience and audience in the rears" feel, but that doesn't detract from the experience, which Robertson calls "One of the greatest live concerts The Band ever played." It sounds so good, makes me feel as i were there, and like the restored running order of the studio album, the set list, the performance, and the mix pull me right into the whole experience.

Granted, Stage Fright doesn't quite reach the heights of Music from Big Pink or The Band, but those are two of the greatest albums in all of rock music; coming in a close third to that pair still places this release, for me, in the masterpiece category. Because of its stellar, reconfigured content; because it sounds so good, so fresh; and because of the exceptional bonus concert along with another great total package, this one rates a 10 in my book!
Last edited: Mar 4, 2021

I second Clement - the studio album is a revelation - the mix is sublime. Some may quibble over the strength of the songwriting but I believe this to be vastly underrated. The kicker here is the live concert. After years of barnstorming across the great divide

, The Band is at its peak performance wise, agressive & pitch perfect - no holding back, nailing each tune without reservation - a 10!
J

Absolutely loving this set!!! The DTS 5.1 mix is very discrete and the fidelity is outstanding. The live show is a real treat as well. An all around excellent package and a 10 from me.
F

Anyone got a link for this set at a decent price ?

fizzywiggs41 said:
Anyone got a link for this set at a decent price ?