Please post your thoughts and comments on this 2019 reissue of the Band's self-titled album.
Originally released in 1969, this 50th anniversary edition contains a brand new 5.1 surround mix from engineer Bob Clearmountain on Blu-Ray. 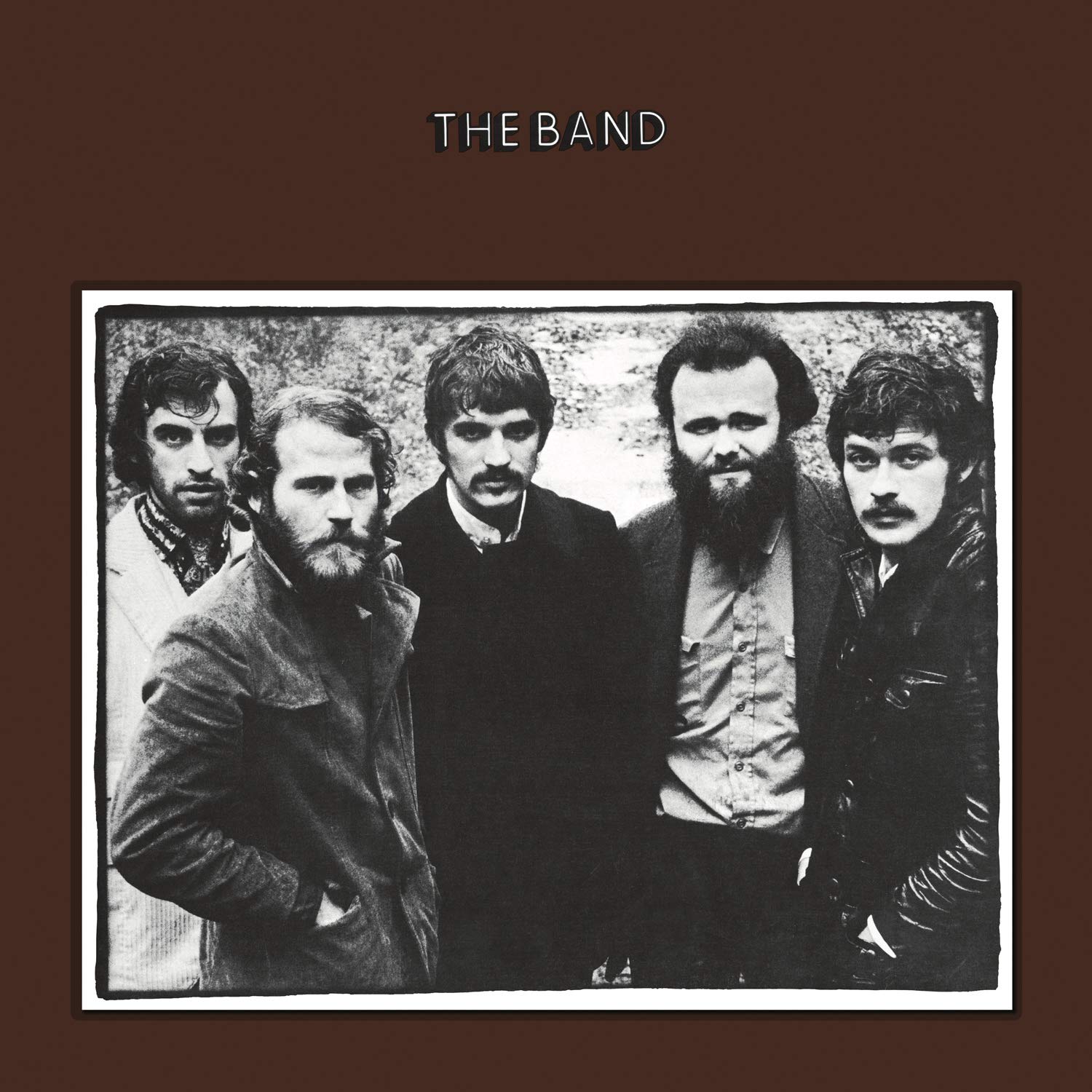 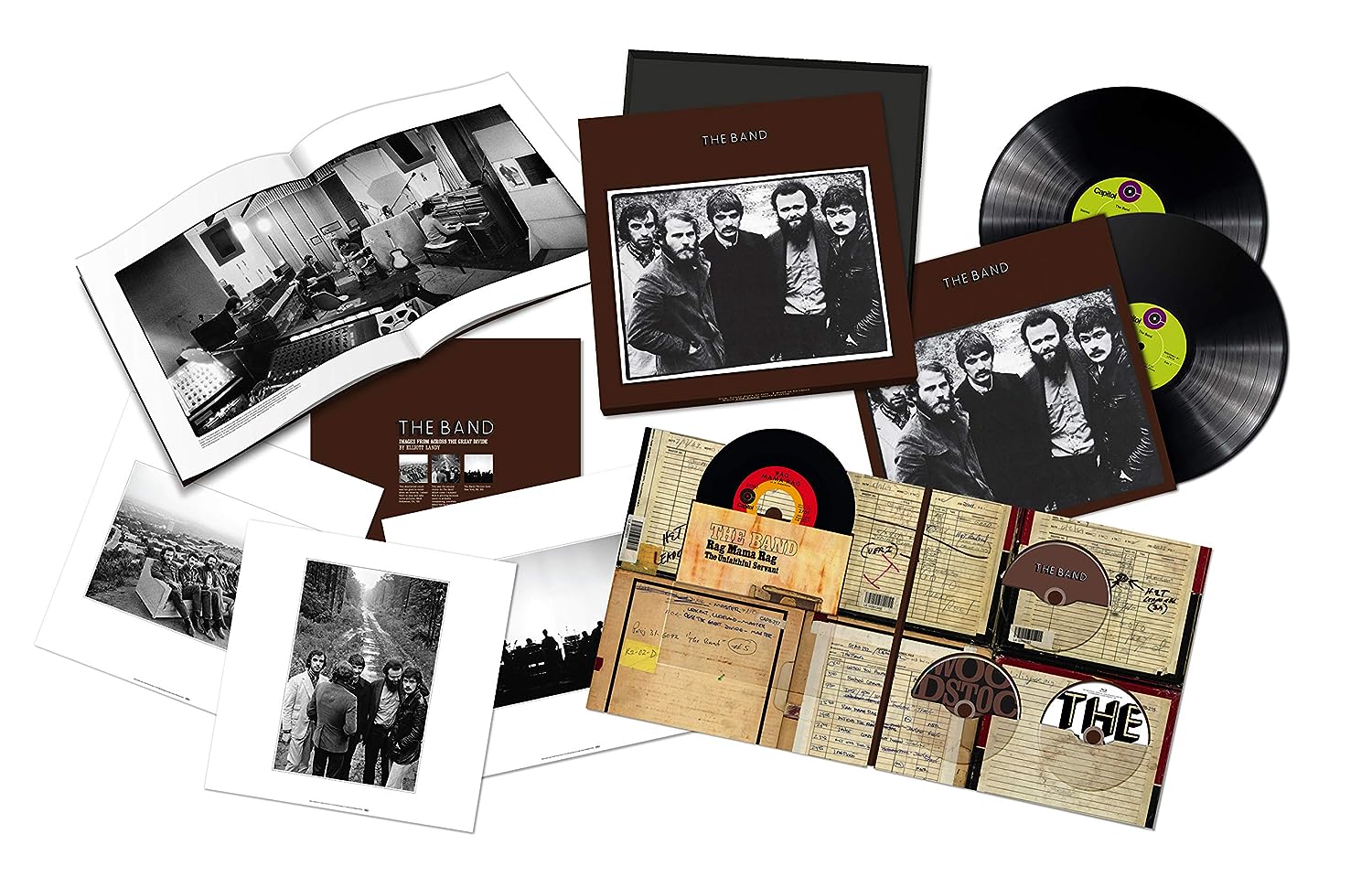 I'm going to vote 10, even though I've not heard or received it yet.
Well not literally, but this is my second most anticipated release of this year (first one was Abbey Road)
It has always been a favourite of mine and I know it will be a 10 regardless....as I'm totally and completely biased.
No pressure eh!!!

that is very bold of you!

has anybody here received theirs yet?
from the looks of the Amazon order it might have been slightly delayed?

fredblue said:
that is very bold of you!

has anybody here received theirs yet?
from the looks of the Amazon order it might have been slightly delayed?

I like to mix it up!!
Release date today from Amazon UK
Says mines arriving 20 November - 21 November.
T

Got it today, just as promised by Amazon Canada.

First impression: the Dolby "True HD" 5.1 has more oomph than the DTS MA 5.1 ... the mix is fantastic either way, with lots of discrete rears and a feeling of being there with The Band in the middle of the room.

Interestingly my Sony receiver (Atmos capable) is putting something unique up to the front heights as well when I play the Dolby 5.1 mix... the wee Dolby Surround symbol appears on the display...

This is getting to a 10 pretty quickly.

I voted 10. A must for the surround sound enthusiast. The 6 Bonus Tracks are fantastic. This carries a wee bit more punch and a little more discrete than Music From Big Pink. The box with the pictures and liner notes are solid, besides the two albums there is a 7" record.
Great music in stereo but now even greater. in 5.1

Abbey Road and XTC has the competition we all wished for in this fantastic release.
My earlier little asides were not misplaced.
I had complete faith in Bob and boy has he delivered.

The top of the box has these words:

How could she not be!!

I pulled the trigger on this just in time to get the $108 price from Amazon, though I’m sure there will be better deals - don’t care, I’m listening to this now it it’s a straight out 10 with a bullet! (See what I did there?) - anyway, great package - not trying to be overly clever, a simple square box containing great, plentiful content, including the nifty Classic Albums “making of” doc. Great, discrete mix, excellent fidelity and package!

On a side note, I highly recommend Robbie Robertson’s autobiography, “Testimony” - a great storyteller and witness to the last 60 years of American Rock and roots music.

Is it just the album with some extras in 5.1? And is the Woodstock concert worth having how many songs on that . Trying to justify this purchase above and beyond the album in 5.1

More tracks used in producing album = more tracks available to mix into 5.1 here. And i like the album (as I’ve mentioned previously) more than Big Pink. The old original stereo mix was wonderful as is.

tboomer said:
First impression: the Dolby "True HD" 5.1 has more oomph than the DTS MA 5.1 ... the mix is fantastic either way, with lots of discrete rears and a feeling of being there with The Band in the middle of the room.
Click to expand...

I consistently find this and choose True HD over DTS MA most of the time. I think as in regular Dolby it's probably has a bass boost. 10 DB usually I believe.

I have no need for the vinyl so i'm also for a stand alone version.
Z

I could lower my vote beacause of the vinyl i don´t need but i don´t feel that should be the issue. The 5.1 on this is fenomenal in my ears! I liked the "Music from the pink" also as it was much better than previous releases but this one is absolutely one step higher if you like surround sound! A song like Rag mama rag has not been an favourite of mine but now i am highly enjoying hearing exactly what they play on the banjo for example. Every song gets more important suddenly.
Last edited: Dec 6, 2019

I love this mix, but had to again reduce the center channel by 4 Db to listen comfortably. Whoever is doing the mastering for Bob Clearmountain is sure juicing up the center channel on these surround mixes lately. I also had to adjust the center on "The Savior"; which was mixed by Bob as well. Here are the waves for "Up On Cripple Creek":

sukothai said:
I love this mix, but had to again reduce the center channel by 4 Db to listen comfortably. Whoever is doing the mastering for Bob Clearmountain is sure juicing up the center channel on these surround mixes lately. I also had to adjust the center on "The Savior"; which was mixed by Bob as well. Here are the waves for "Up On Cripple Creek":

I totally agree on the juiced center. It freaked me out at first, honestly.

GOS said:
I totally agree on the juiced center. It freaked me out at first, honestly.
Click to expand...

One of my systems has an older Denon AVR hooked up, and the main reason for this amp used is that I can adjust individual speaker levels without turning on a monitor. It's a push button to select the speaker, then a dial with db LED telling me where I am at - or +, and that is it.

So dropping center a bit or a bit more with a quick adjustment should not be a big deal. But it is on my Onkyo amp that I also use.
Last edited: Dec 15, 2019
M

10. No question. An easy all-time top-ten album for me, and the mix fulfills all of my hopes.

For those who are curious: the rears are used for horns on the couple of tunes that have ‘em. Otherwise, the rears are devoted to Robbie Robertson’s guitar and whatever keyboard(s) Garth Hudson is playing on any given song. Bass, drums, and Richard Manuel’s piano are up front.

The vocals (both lead and background) are up front, and the leads are clear and prominent, which wiped out my concerns I expressed in the other thread. The one exception to the upfront vocals is on “Rockin’ Chair”, where the backgrounds are mixed to the rears, which creates this wonderful effect of sitting in the middle of a campfire (so to speak) and listening to Levon, Rick, and Richard harmonize.

Minor nitpicks: I wish Bob Clearmountain had gone ahead and done 5.1 instrumentals for all of the songs, and not just “Up On Cripple Creek” and “Look Out Cleveland”. And the booklet is underwhelming: I was hoping because of the prestige of this album, there’d be a book similar to the ones in the Beatles sets, doing a deep dive into everything track by track. Instead, there’s just a pretty generic three page essay by Anthony DeCurtis (a page of which is devoted to their Woodstock appearance), a reprint of a Ralph Gleason essay, and various pictures by Elliott Landy. I don’t know if they felt like the Classic Albums documentary that’s on the Blu-ray negated the need for a big book, but it’s still disappointing. (I’m inclined to just keep the Blu-ray and sell the rest of the set on eBay.)

I’m a year into my adventures with surround sound, and it’s easy to become frustrated about all of the albums that have never surfaced on surround and that I’m afraid never will — y’know, thinking about will I die without having never heard Stevie Wonder or Michael Jackson or Prince in surround? But then, within two months of each other, we get 10-level mixes of Abbey Road and The Band... and I think, this hobby is pretty damned cool.

I hadn't heard The Band prior to listening to the samples on Qobuz for this album earlier in the week.

I will rip the disc and adjust the levels of the centre channel before voting. Immediate impression being that there is very little in front left and right - but plenty in the rear channels, which is what matters. The horns sound great on the tracks with them.

The blu-ray disc is in a standard CD case now. Everything else is back in the box - which is where it will remain, gathering dust.