For a minute there I thought you were referring to this album by the Kinks w/ The Come Dancing hit tune which for some unknown or stupid reason avoided multichannel. 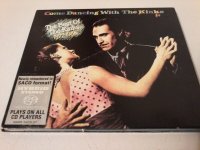 But now back to the disc that matters .

I agree ! Wired is the perfect followup to Jeff Beck's -Blow By Blow . Thank the Gods they were made available in quadraphonic back in the mid 70's.

FWIW : I tend to favour "Blue Wind" which was produced by Jan Hammer .
Wired in quad as a whole is one of my favourite albums , and thankfully Sony Japan saw fit to re-issue it on SACD (Quad intact).

I just noticed a 5 vote for this.
Wondering why @Bill Mac

Beefalo said:
I just noticed a 5 vote for this.
Wondering why @Bill Mac
Click to expand... 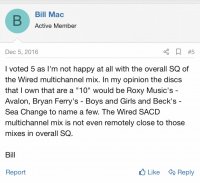 i remember he did talk about his feelings about it some more down the line, anyway it just wasn't for him

there's one track on this lovely ol' Quad that i think maybe used the "patented CBS fake-o-matic upmixing" technique as also heard on the Quads of Santana's "Amigos" & "Festival" and Herbie Hancock's "Secrets".. can you spot which one it might be?