Hello gang,
a friend of mine was having a look at some bottom-line quads for a project of modding, and he made me notice one really weird thing: 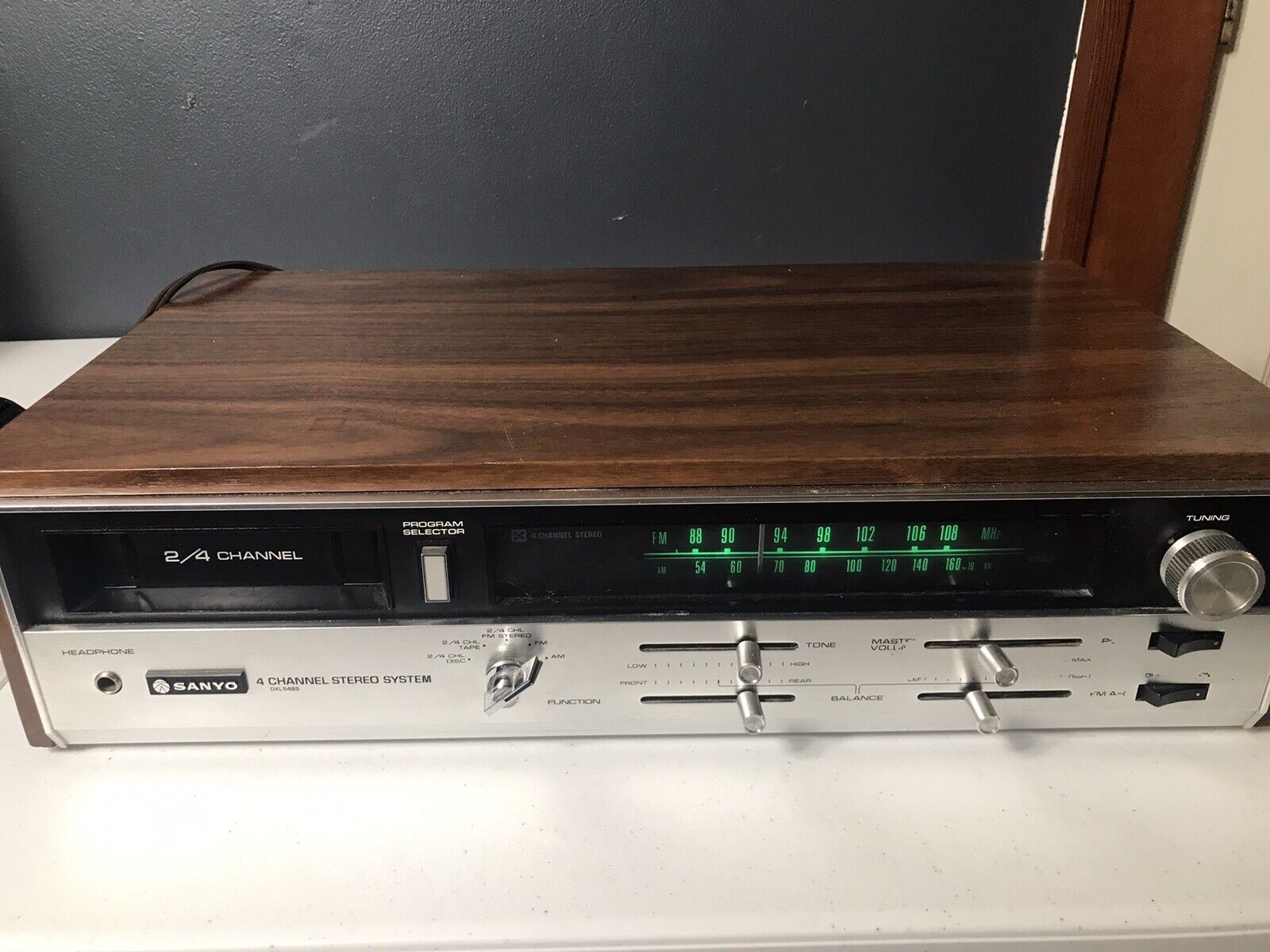 Question is: how can it be that there is on the back a AUX in but there's NO AUX position in the input selector knob on the front?

No, I was just admiring those. Lovely.

Love this Sanyo!! Reminds me of when I was a kid and all I could afford was this kind of stuff..
I remember I had a similar looking component...the brand was "DYN"

furui_suterioo said:
I suppose that's where you connect your "2/4 CHL DISK" ?
Click to expand...

Was just typing the same thing.
DISC meant something different in the 8-track years than today.
Would it have RIAA phono eq correction?

Meant for a ceramic cartridge plugged into "AUX".

Thank you, seems logic, since there's no Phono in. Will report to my friend.

~dave~~wave~ said:
Was just typing the same thing.
DISC meant something different in the 8-track years than today.
Would it have RIAA phono eq correction?
Click to expand...

Since is named AUX on the back a line level for a ceramic cart of else is very likely, so no RIAA. A very likely candidate for a record player of the same level would be the typical BSR changer.

Shit, I thought it was a Mandala effect since I had not been able to find ANYTHING online for years...now there are 2!

Maybe aux works when no tape is in the player.

What are the two switches on the right? The lettering is rubbed off.

There is no switch for selection of decoder. Was it RM, or maybe Dynaquad?

The two switches are Power and FM AFC, always handy to have them next to each other!

Just realized I typed "DISK" instead of "DISC" lol now I am down a whole nother rabbit hole:

kap'n krunch said:
Shit, I thought it was a Mandala effect
Click to expand...

Is that where you have a false memory of the spelling of the names of African statesmen?

Soundfield said:
Is that where you have a false memory of the spelling of the names of African statesmen?
Click to expand...

DISC would not be "discrete" There aren't enough inputs for four channel discrete. An inexpensive unit like this would have just had a basic universal decoder of minimum performance.

Soundfield said:
Is that where you have a false memory of the spelling of the names of African statesmen?
Click to expand...

It's when you trip and fall in your sand art.

A lot of old equipment from the sixties and early seventies used that type of pressed board on the back. RCA's were also common for speakers. My understanding is that it was latter thought a bad idea to use RCA's for speakers in case you accidentally plugged your expensive magnetic cartridge into the speaker jack by mistake. That was not a concern in the early days. If the Aux was intended for a ceramic cartridge then no RIAA equaliser or extra gain would be needed.

Sanyo home equipment might of been near bottom end, but I had Sanyo Q8 deck in my car that I thought was quite good.

Latter on they produced some higher end gear, I have a SuperD noise reduction system for my tape decks, it was similar to DBX but much better!
Last edited: Nov 11, 2020