You see them pop up from time to time on eBay, I've owned a couple of them myself (but they've been so elusive, I've pretty much given up trying to collect them all) so, I've just been trying to at the very least catalog the ones that do pop up. Stupid me though, never thought to take/save pictures - even of the ones I owned!

And ONE photo from a recent eBay auction: 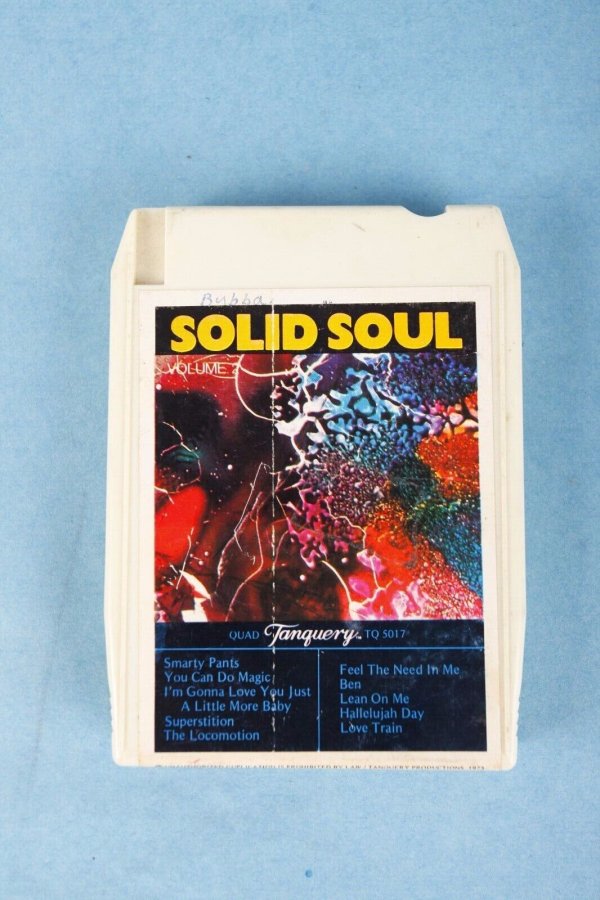 I've never been able to dig up ANY information on these tapes. They are a weird bunch, in the same vain as the S.A.M. (Sound-Alike Music) tapes which also had several release in Quad.
Though, where the S.A.M. tapes are actually half-assedly 4-channel discrete, these Tanquery tapes will have varying styles of mixes all on the same tape. One song will be four-corner discrete, the next will be dead-nuts Mono; the next will be double stereo, or in one case --- I'm pretty sure it was on the "Million Selling Hits" tape, where three channels were the same and FL had a tambourine shaking out of it. Just crazy stuff. The performances range from them obviously misappropriating the legitimate multitrack and replacing the hit-vocalist with some unknown secretary, to some GAWD AWFUL garage-band music school drop-outs. More often than not though, if the music track was on point; the vocals were horrid. But if the vocals were really good - and there are some examples - the backing band was unfortunately several cases deep by this point.

Here are photos that I have 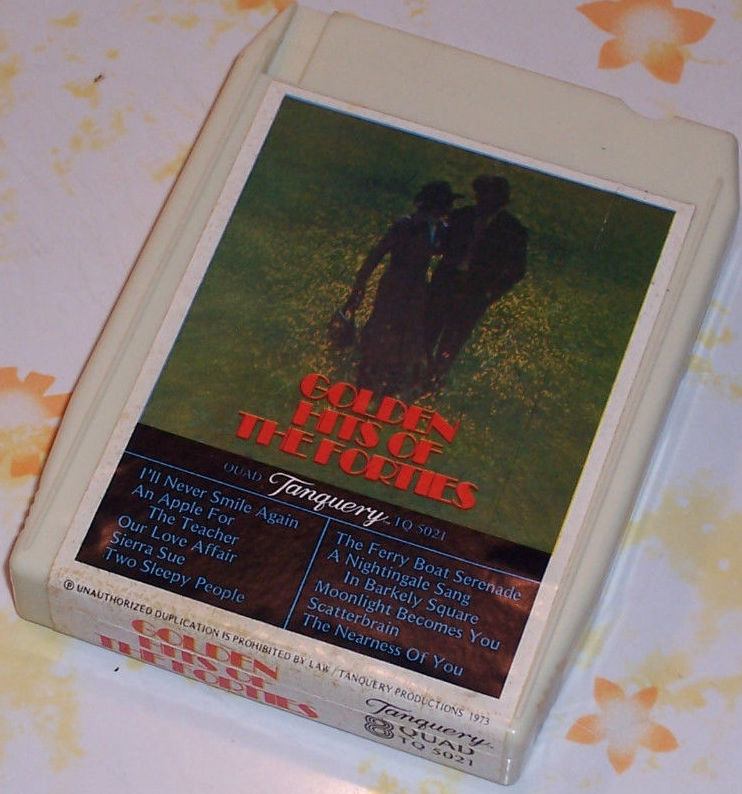 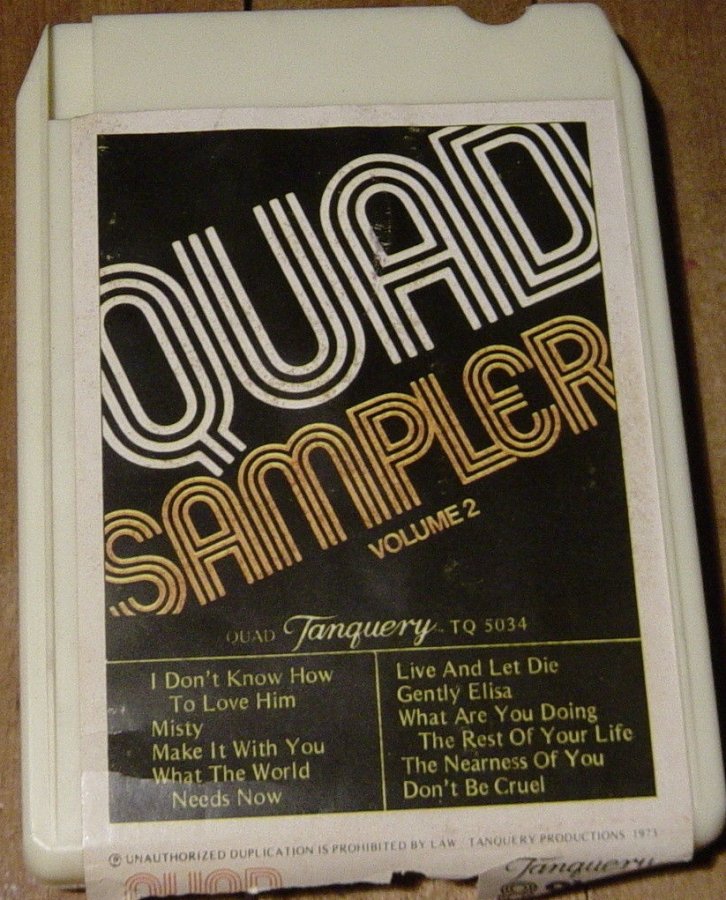 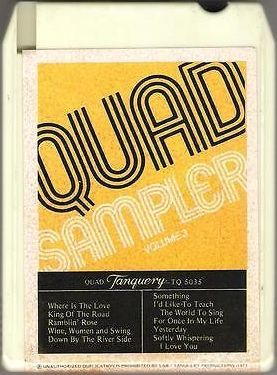 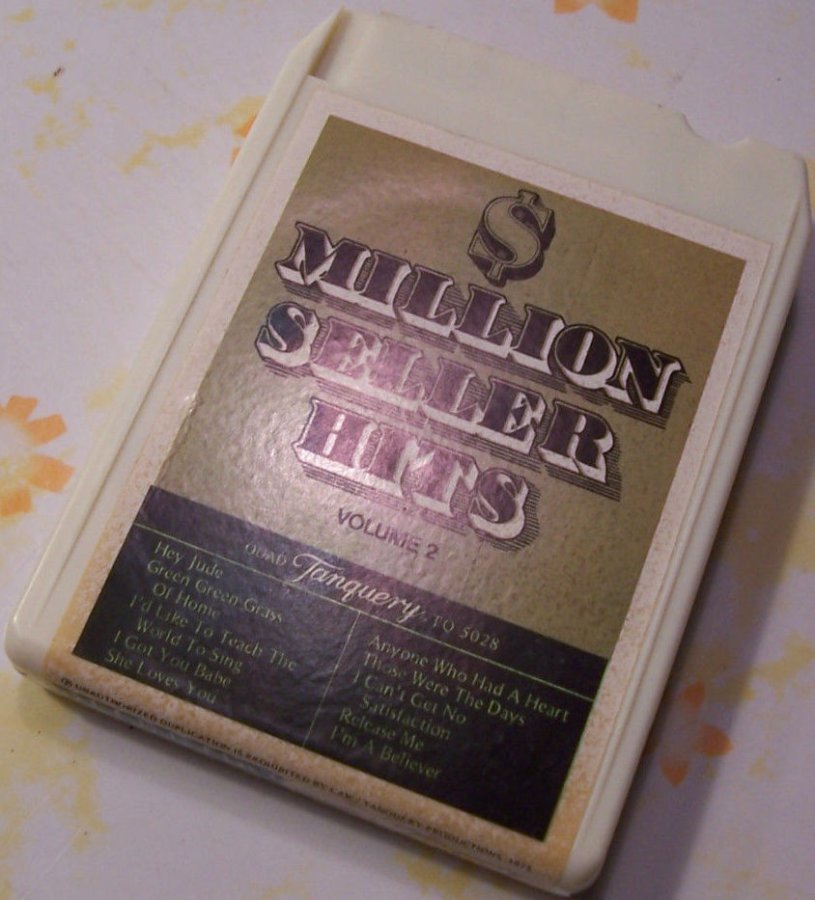 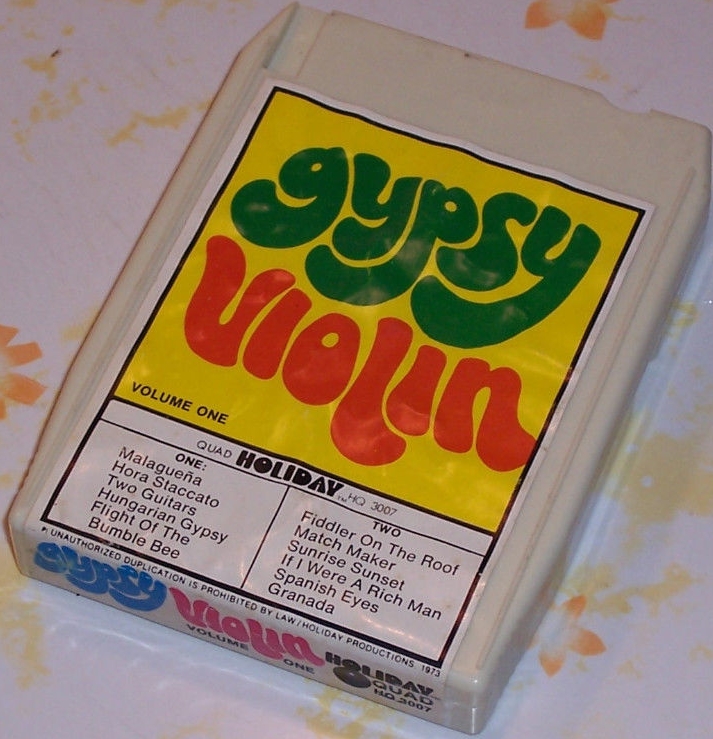 Hahaha! My "famous" piece of melamine!

There's no mention of 'Tanquery Productions' at Discogs!

Here's another that I had no knowledge of. Currently on eBay: 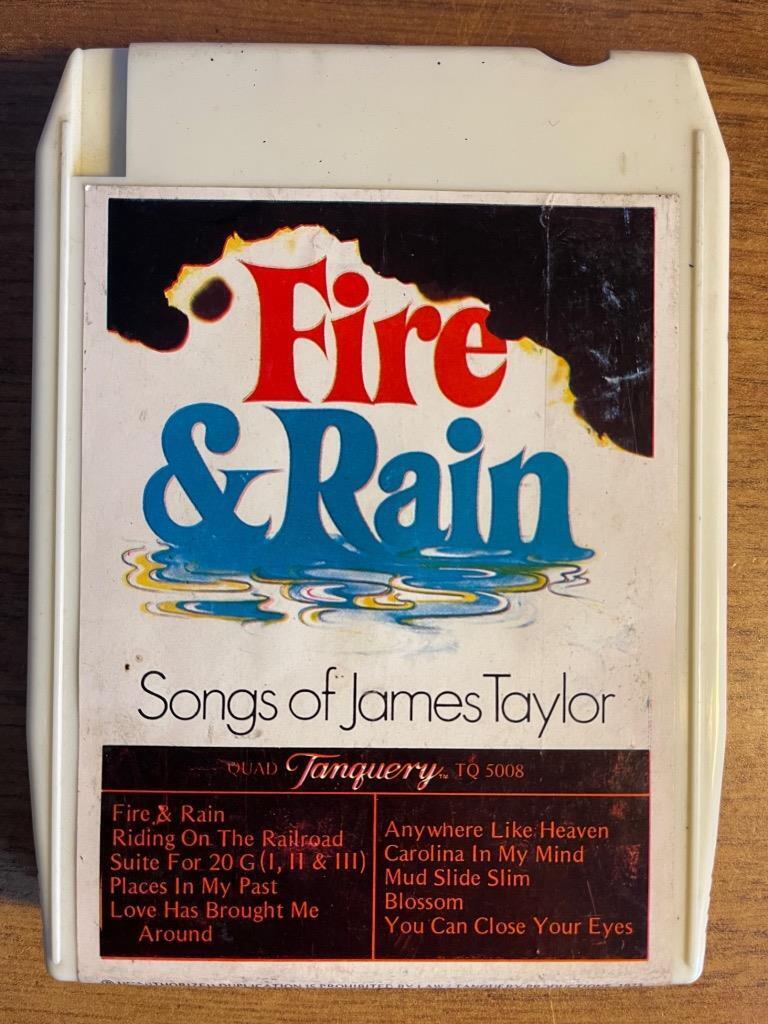