Forget reality, what is your dream multichannel release?

Another one that would be nice: Prodigy - Music for the Jilted Generation

Anything from Linda Ronstadt (not the Nelson Riddle stuff, but her older stuff) and anything from Sade.

For me, probably Todd Rundgren's 70s catalogue mixed into 5.1. Imagine A Wizard, A True Star, Todd and Initiation in 5.1.! And to imagine that maybe a 70s Quad mix of Initiation languishes in a vault somehwere...

The Who Live at Leeds (complete show in sequence without edits) and Who's Next/Lifehouse material.
The entire Led Zeppelin catalogue.
Stones 68-73.
More Hendrix - might only be feasible with the 69-70 stuff, but would make an excellent opprotunity to gather all the material from those years rather than try to compile some imaginary 4th studio album.
John Martyn - especially Solid Air, Inside Out, One World and the stunning Live at Leeds.
Little Feat - entire ctalogue (jamoke beat me to it!)
Another dream would be if Dutton Vocalion were able to secure and release the Quad mix of Mahavishnu Orchestra's "Apocalypse" if it exists. Maybe a two-fer with a hitherto unknow Quad mix of Visions of the Emerald Beyond.
Click to expand...

A bit too commercial choices, however in that vein…
…Nice choices!

The expanded version of Rick Wakeman’s “Journey to the Centre of the Earth.”
A

Dave Edmunds: Anything but those Jeff Lynne travesties.

Weather Report’s “Sweetnighter” would be bliss in surround.

In the meantime, I’d appreciate anyone’s thoughts on the best-mastered stereo version.

Aging quadie said:
Anything but those Jeff Lynne travesties.
Click to expand...

Oh my, why all the hate towards Jeff?
A

I don't hate Mr. Lynne. I just didn't appreciate him knocking the roots out from under a great Welsh roots rocker.

And when will we ever hear a multi-channel mix from The Kinks back catalog?

As Bob Clearmountain was the original mixer, I'd love for him to remix David Bowie's Let's Dance album into surround.
S

Welcome Back... was released in quad. In fact there never was a stereo mix. That's a folddown of the quad mix. It's out of print and apparently masters are lost but it's shared around (in various quality from fully ruined to reasonably restored).


I'm going with The Fugs First Album for today's wish.
I'm being absurd but I'm curious what something so irreverent would have sounded like if quad releases were just matter of fact in 1965. Bet it would have been more interesting than any of Spector's "quad" (mono really) mixes! I remember finding a copy of this when I was in 4th grade. I just knew that this was something I could never let the adults know I had. Had it stolen in college.
N

Billy Idol - CyberPunk. I would love to hear this album in 5.1. I know it was behind the curve on subject matter when it was released, but it was also fairly prophetic (gestures around at the world).

All 5 System of a Down albums but I’d settle for Mezmerize / Hypnotize. If it ever does happen my question would be who would mix them? Doesn’t really seem like the kind of project SW would take.

I'm surprised (and disappointed) that there haven't been any surround releases from Traffic. Certainly enough going on for their discography to be worthy, especially this one: 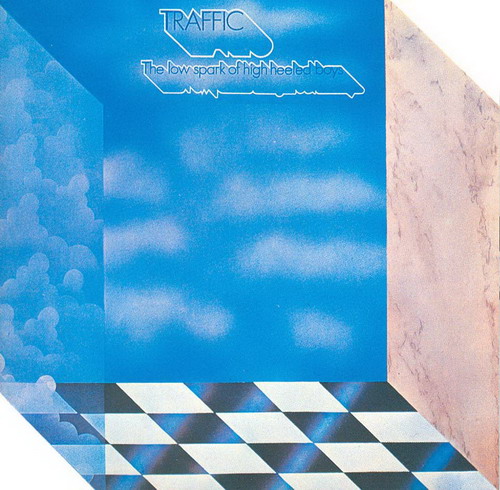