Please post your thoughts and comments on this new 2022 release from Robert Fripp entitled "Washington Square Church", which features performances of his recorded from July-August 1981 mixed in 4.1 DTS Digital Surround Sound by David Singleton. 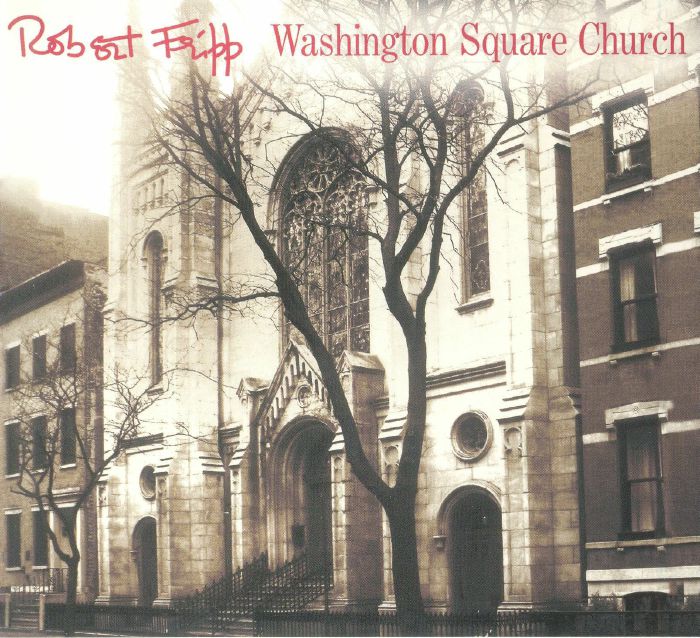 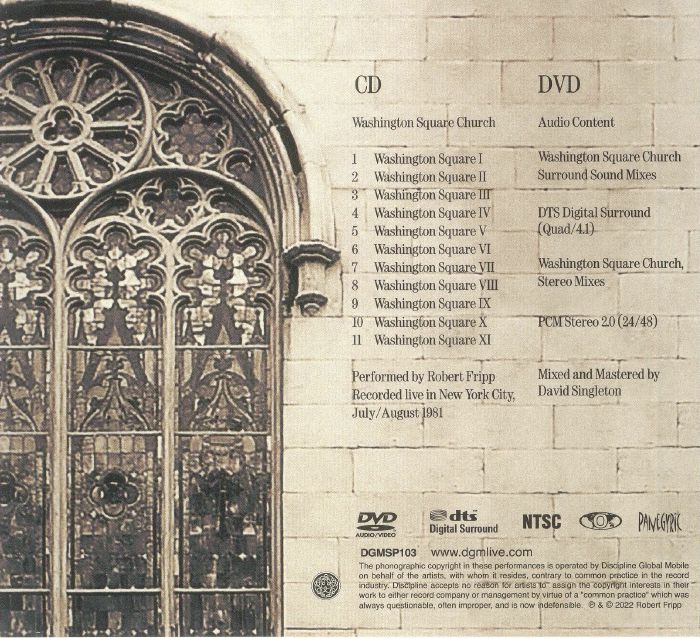 A labour of love....
I remember vividly when I first saw the cover of Fripp & Eno's No Pussyfooting.
It was an amazing photo of Eno's flat which was all glass...the walls, the ceiling and the furniture !
(Look for the x rated playing cards in the room....these would appear on other Eno albums)
By that time, 1974, Fripp had become my favourite guitarist ( yes...over Blackmore, Iommi,Page, Howe, Hackett, Gallagher and Clapton) I was just enamoured at the note choices that he made..they were never what you expected..I loved his sense of musical adventureism.
So it was, that I excitedly took that album home and put it on the platter....what I heard threw me headlong into a world of music that I did not understand. What were these strange repeating sounds that had Fripp soloing over the top ? Swastika Girls ? The Heavenly Music Corporation ? This music had me perplexed.
I played the record many times over the years, and to be truthful, still found it a somewhat difficult listen.
I understand it now, more than I did originally, but warmed more to their second album, Evening Star.
Fast forward to 2022 and we have this new release of a solo Fripp on his first tentative outing utilising his own
two Revox A77 Tape recorders to perform now what he called Frippertronics.
( I won't go into the technicalities of how it was developed, you can do your own search if interested, but it is way of utilising two tape recorders to form a continuous overdubbing. This was developed by Terry Riley, appropriated by Eno and taught to Fripp.)
So, what we now have is a record of the first tour by Fripp as a " Small, mobile intelligent unit", (as described by himself ) that saw him playing six consecutive nights at Washington Square Church, ( July 27 to August 2nd 1981).
As you are most probably aware, Fripp has recorded most of his entire output from 1969 until today...which allows him to have so many releases, and being his own record company, can put out any audio once it's been massaged by David Singleton with assistance by Alex R Mundy.
Which is exactly what happened with this release.
The Frippertronic loops were on one Revox tape and the solo overdubs were on the other Revox tape.
As some of the same loops were used on various nights, they had different solos on the other tapes.
What Alex Mundy worked out was that he could hear the original loops coming through the pickups on Fripps guitar solo on the solo tape ( when he wasn't playing any notes at that time ) and painstakingly time aligned the correct solo to the correct loop as played on the night.....a total labour of love !
In David Singletons quad mix, all the loops have been spread around the sound field ...as notes are added on the loops, they come into the rear speakers and swirl between the front and the rear speakers. All Fripps' solo's are in the front speakers. And that why I bought this release....to listen to Fripps solos and most of them are fairly frenetic...so even though the loops are slow and evolving the solos are mainly fast...this I like ... it is what I like about Fripps' guitar playing.
The albums' era is closer to No Pussyfooting, and if you enjoyed that, you will love this.
Personally, I always think of the loops as hypnotic and sonambulist ...with the Fripp soloing a treasure on top.
I gave this an 8.
Cheers
(PS... a friend once offered me a free working Revox A77 which I stupidly turned down !)
Last edited: Jun 10, 2022
F

I have to say...I like this album somewhat more than Exposure.

A great listen in electronic music I think. Gave it 3 spins already.

And unfortunately not DVDA , so I suppose Opus has started to or has stopped with any more DVDA'S.


Anyway great music by Frippertronics !! .....so she gets an eight.
J

I was confused by the No Pussyfooting album as well at the time. I would have been looking for or expecting more King Crimson blows. This is very cool and trippy... when is the song going to "kick in"?... the album side is almost over... OK, this is what this whole thing is... hmmm...

The other thing is it turns out that vinyl is a poor choice for this music much like it can be for classical styles with long quiet sections. Any damage or artifacts REALLY sticks out against the slow looping pace. I'm still not sure how much of this my attention span can handle. Recording length not being a factor anymore and pristine digital goodness have finally caught up to releasing something like this and makes that a moot point. Or perhaps I have more patience now and can move on from Lark's Tongues kind of arrangements at full tilt!

There's some really amazing performance here and over the top soloing! This is one of the more interesting looptastic performances he has released. The technical end... The loops getting recorded as an artifact of the system and not being able to record the soloing or complete performance. (Multitrack being way out of budget and the year being 1981.) Starting with a couple fans sync'ing up bootlegs and restoring more complete performances. Evolving to... this. I kind of can't believe this wasn't on my radar being that I have this very hobby with sync'ing up multiple audience recordings from Pink Floyd concerts to restore moments of their live quad surround mixes.

Another reason to get this as part of the big Exposures box:
Unless the above is a typo, this is mixed in 5.1 on the box set version! The soloing is in the center channel. The 4 track loops wrap around in quad. It's really effective!

If there's one Fripp loop album to check out (maybe you're on the fence), this is it!

Yeah...sorry, I only use quad speakers..no centre !
(My cover still says 4:1)
You must log in or register to reply here.