Gaucho - DTS CD or SACD/DVD-A Which mix do you prefer?

I think it's getting pretty obvious the DTS covers are 'close approximations' of the originals, but the differences can be spotted. You guys already noticed the reversed artwork and the difference in font on the front cover; I looked at the lyrics & credits on the inside and it's also hit/miss.

Here's the musician credits for 'Glamour Profession' on the LP:

Now here is the same for the DTS version. Not only slightly wider spacing in the font, but they left out half of the backup vocals: 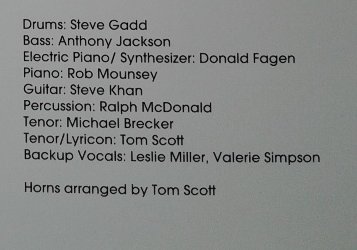 Here's the musician credits for 'Time Out Of Mind' on the LP: 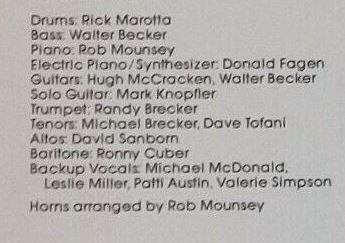 Now here is the same for the DTS version. Mark Knopfler on 'Solor Guitar'? Two commas after Michael McDonald's name? These aren't major errors, but if they'd used (or been able to use) the original artwork itself, none of this would have happened. 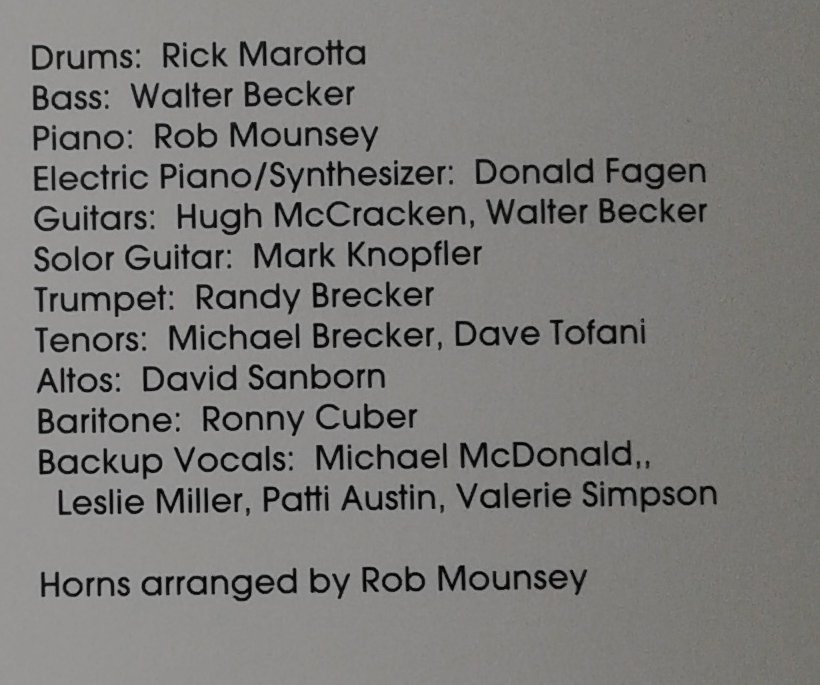