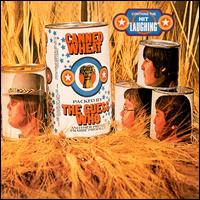 Another Review by Me! (Thanks to Ed for posting all these )

Another great Album from the Guess Who. First I must start out by saying this Q8 does have a slight advantage in mix over "Wheatfield Soul". For this album, it sounds like the drums may have had multiple mic's this time around and mixed to at least two tracks. While the last album had drums situated mostly in Back Right, This Album has them spread evenly over the rear. Symbols come from either back left or right, with snare being more in the left and the foot bass being more in the right. A definite improvemet!

They boys in the band also seemed to be experimenting with more instrumentation such as bongos, miscellaneous percussion and Burt's piano comes alive in more songs here.

"No Time" - Differing version from the more popular "hit" version. Call me crazy (and most do) I prefer this lesser known version. The guitar solo by Randy is more crazed and intricate. Burton really seemed to be having a good voice day when this one was recorded. He just sounds more into this version.

"Of a Dropping Pin" - Ahh, the lovely trick of delaying vocals to the rears. Tastefully done in this case and who doesn't enjoy listening to Burton Cummings bellow out a good vocal?

"Undun" - I wonder if this is a different take. Seems to be a handclap in the rears that isn't present on the Best Of Album. Could just be an overdub that was omitted later?

"Old Joe' - Not much to say about this one other than it's a good song. I like the vocals, I like the guitar solos and the seperation is good.

"Minstrel Boy" - Only his second album with RCA and already Burton's becomming a degenerate. Here, we've caught him playing with himself!
Jokes aside, this song is particularly good for the overdubbing job of Burton Cummings in the Left, and Burton Cummings in the right. A Duet with himself you say?? And boy howdy did he pull it off well. He doesn't miss a note or a word. Eat your heart out, Brian Wilson!

Downsides? "Fair Warning".... a throw-away. Not even the least bit funny like "Fiddlin' " was. "6 AM or Nearer" not a particularly exciting song. Even being in Quad doesn't make it interesting. And finally, the solo's that take up the bulk of the 11-minute "Key" are less than inspiring. It's mostly 9 minutes of drumbeats that segue into another. I'd need some Hashish to make this a groovy song

Still worth a 9 in my books!

Longtime fans of the band seem to prefer Version 1 of "No Time"; it certainly is less mannered than the 45(hit)version, looser and more spontaneous.

"Fair Warning": yeah, they should have warned us! Not one of their shining moments, smacks of filler, or an idea that needed more refinement.

"Undun": possible the handclap is on the stereo mix, but mixed way down? More than a few quad mixes give us isolated voices and instruments that aren't readily apparent in the stereo mix, but which are so up front we think: did they add this to the quad, or was it on the multitrack, but mixed out of the released stereo version?(I always wondered if that was what happened with Mountain's "Mississippi Queen" and that piano, for instance).

Overall, again, an '8' from me, well done but not something I play that often.