Cruising EBay a couple weeks back late at night a Tate 101 popped up BIN and I figured why not. It is the Tetrasound 101 and it looked very clean and the seller offered returns so I figured I would be safe that way in case it was DOA. It took me a few days to get around to hooking it up and ‘learning the ropes’ and so far I am very pleased. It works great and I am somewhat surprised by the results.

My only experience with Quad decoders/synthesizers has been with the Surround Master (1st Edition) and my Fosgate Audionics Model Four. I found them to be somewhat similar with the edge of course going to the SM. The thing that I didn’t like about both is that they seemed to move things around a bit too much for my tastes. It has been awhile since I used the Surround Master but I seem to recall that while it was certainly impressive, the effect was a bit tiring after awhile. Maybe if they had a separation level knob or something that the user could adjust I might had liked it better. A bit too ‘plug and play’ for my taste as someone who loves to twirl knobs. The thing I don’t like too much about the Model Four is that it tends to pinch the vocals tightly in the front left and the Surround effect tends to give the music a very ‘processed’ quality to it. But.....for what they go for they are a bargain.

I really didn’t know what to expect from the Tate and of course I was very curious and once I had it setup properly I gave it a go. I was quite amazed at how different it worked than the SM and the Audionics unit. The audio is very, very open and full sounding. The music sounds very natural with no pumping, swirling, or other weird druggy kind of effects. The separation is there but it is more of a encompassing kind of effect and natural. I think I read somewhere that the chipset for the Tate II had better separation but not sure. Oh, all of my listening has been in Surround mode and not SQ. I don’t think I even have any SQ albums but I am not big on vinyl. Too much upkeep to keep everything dust free.

Anyways.....the Fosgate Tate 101 seems to be the “Missing Link” in the Tate family. After the Composer and before the more abundant 101A. If anyone has any info on numbers produced I would be curious. As you can see in the pictures the 101 has a removable cover over the chipset. Very cool! Also, the 101 doesn’t have a Cinema mode but two modes marked ST1 & ST2. If anyone knows the difference please tell 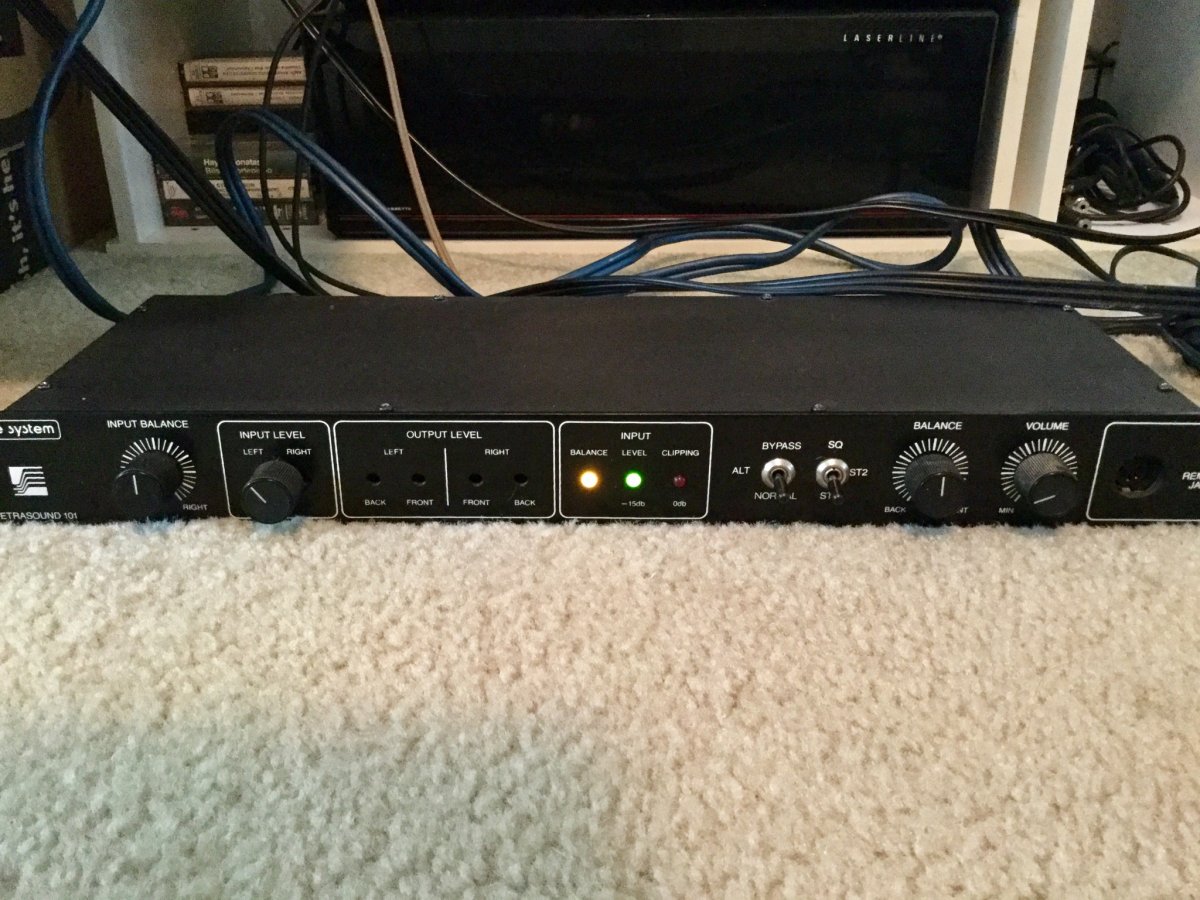 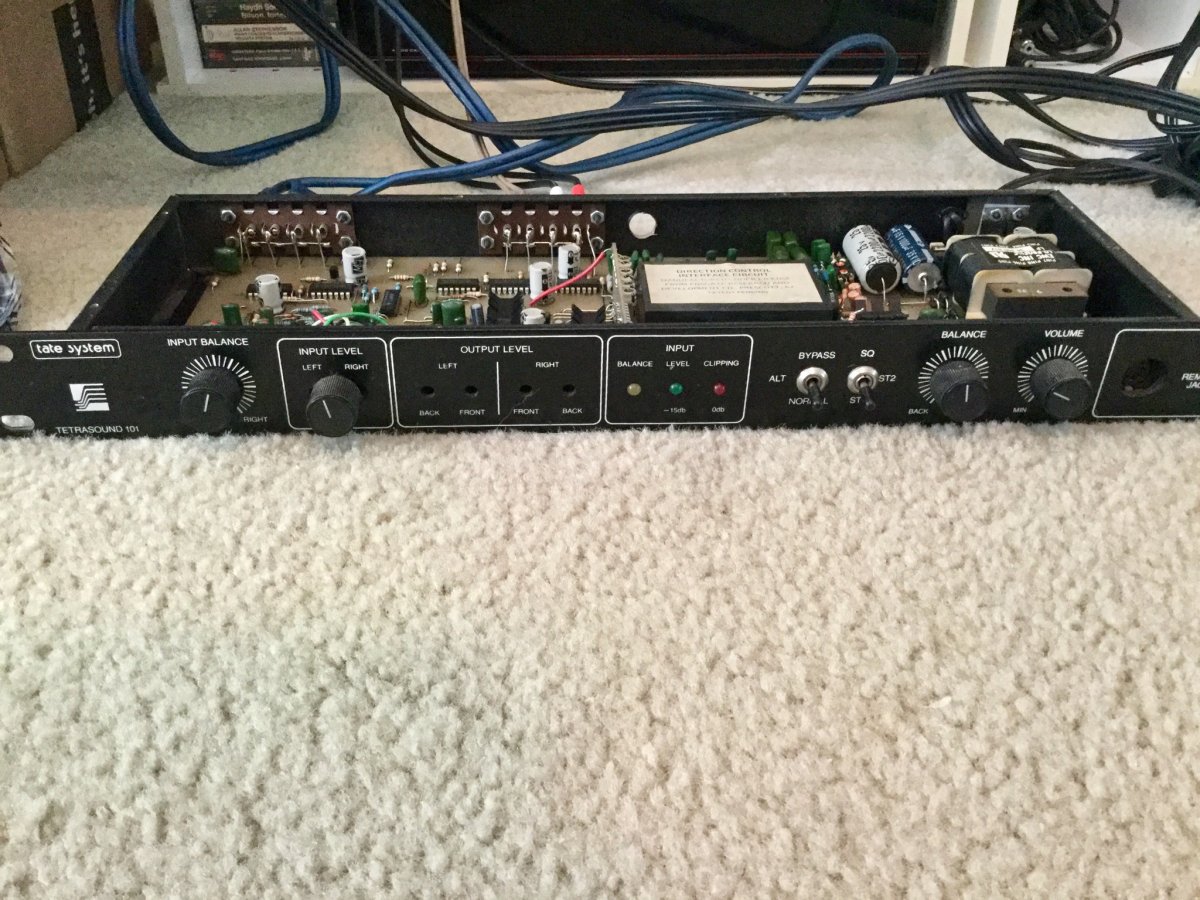 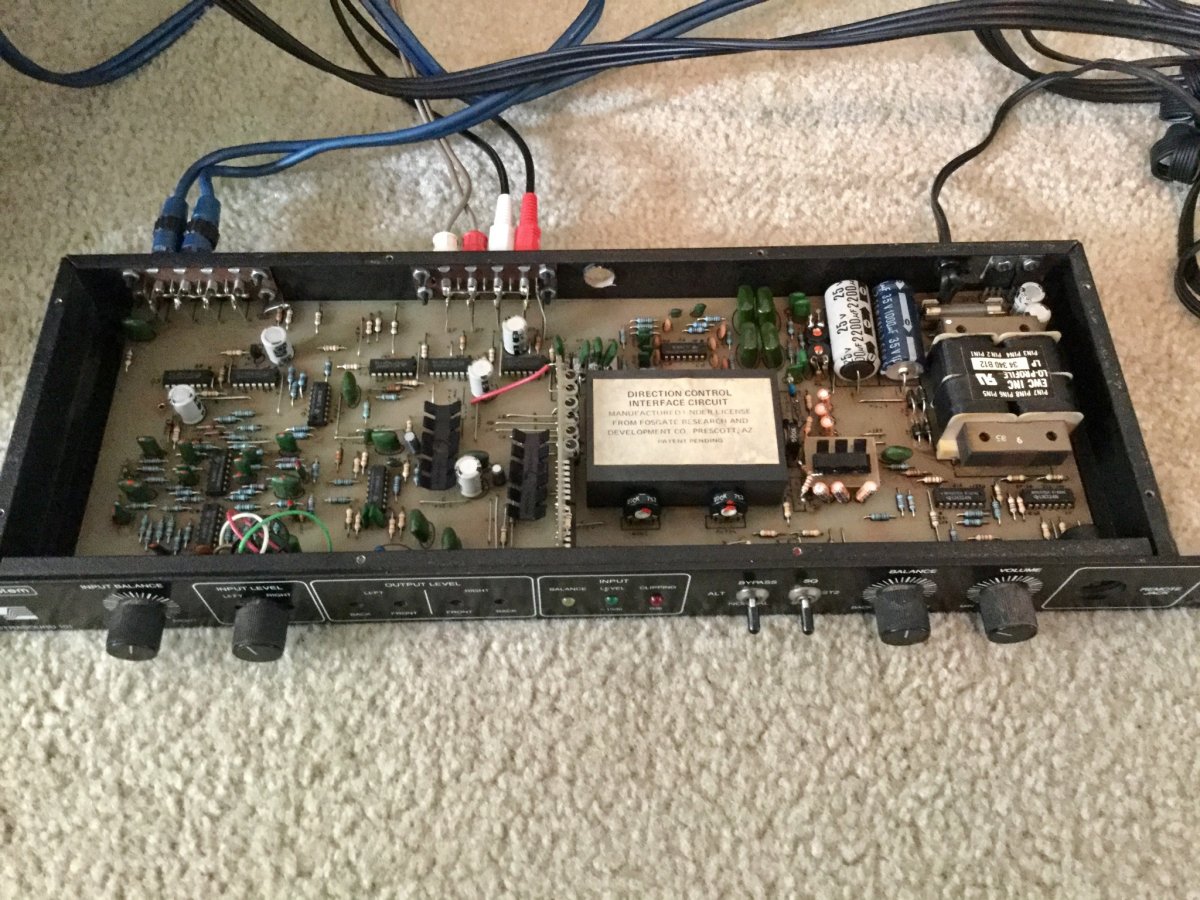 I have one of those...........somewhere. Purchased from Quad Incorporated, Larry Clifton, back when it was introduced. I think it sold for around $650.

This is the first Tate. I seem to recall that ST1 and ST2 are just different flavors of stereo enhancement.

I was about to say.... that looks similar, but not exactly like my Tate. Mine is also a silver-faced version. Still, congratulations!

where is the Behringer variant?

Nice score. Those are now the most photos I've ever seen of the elusive Tetrasound.