This release fills me with so much conflict. On the one side, it's JMJ who is, in my eyes, a freaking legend and a huge influence on me musically. On the other hand, the shambolic presentation of this release and the bare faced mis-information about the content of all three issues of this album, left me feeling cheated and very angry. The website, now taken down, promised an SACD release, a DD/DTS version of the studio album and 2d and 3D versions of the live performance, also with DD/DTS sound. Firstly, the SACD never happened. The 2D version was the only version that contained a 5.1 studio mix of the album in DD/DTS and the 3D version just contained the 3D film and no studio version of the album, except the stereo RBCD.

So, for fans like me, to get the 3D version of the film AND a 5.1 mix of the studio album, we had to buy 2 editions. And they weren't cheap, totalling around £50 for the pair.

And don't get me started on the 3D film. Worst. 3D. Film. Ever. Don't buy it. Stick with this 2D version, whose audio is very well mixed and the overall film is very interesting, especially to synth geeks like myself!

Anyway, as for the 5.1 mix of the studio album, this is also very good. The music lends itself to multi-channel very well and the DTS mix certainly outweighs the DD one for depth and clarity. Remember, this is a completely new recording of Oxygene, not a remix of an orginal set of multitracks. But, it's as faithful as I guess you can get and most people would be hard pushed to hear any differences.

So, this gets an 8 from me, purely because the 5.1 mix of the studio album is very good indeed. 2 points are lost for misleading information and missing content and a fairly dull CGi animation that accompanies the music.
C

No reissue, as far as I'm aware. I just asked Bob the other day if he would mind creating a poll for it
F

For better or worse this is not as aggressive as the Aero recording/mix. What is good though is that both the studio and live versions have their own surround mixes.

In terms of extras the two mixes are great. Not being max strength DVDA is a shame. I quite enjoy the disc though.
C

Glad I stumbled on this. I had hunted down the 3D version a while back and was surprised and disappointed that there was no 5.1 mix of the original recording. Didn't know it existed since obviously one would assume that a package with a 3D movie, CD, etc. would include everything. But noooooo. OK, so I finally tracked down the CD+DVD version with the DTS 5.1 mix and it is quite nice, with visualizations to go along with it (which I haven't watched yet).

Thanks to this forum for revealing missed gems like this.

I got this for €10 in Germany last year. The 5.1 mix didn't jump out as I had been hoping. Great video footage however of the master at work.
F

I've been listening to both mixes on this over last night and tonight. Glad to see that the 2007 master doesn't quite go to sides, so the whole thing kind of plays as one piece albeit with a fairly quick cross fade from Part III into Part IV. The master mix is more active and distinct than the living room version, but I've never found the whole of Oxygene a favourite of mine in Jarre's output. I probably enjoy the other albums upto and including Rendezvous (but excepting Music For Supermarkets which I've not heard all of) more. So in a rambling kind of way, the mix works well although could possibly have been a little more dramatic for my tastes and the style of music. It fills the space well and is very cohesive, not drowning in reverb, not dry sounding, so I guess very well mixed in that respect.

Live in Your Living Room is interesting, although various shots reveal that at least the video is not from just one performance. The mix is a lot less discrete, but does at least appear to be a genuine - rather than processed - mix. It's also about 15 to 18 mins longer, which didn't add much to the experience for me, although I could understand people loving it. Funny that the 5.1 of the main album is considered bonus material, as that's the main draw for me. A decent effort, with more than just the straight album on the DVD.

Just not a favourite album.

Mike the Fish said:
...Now, Equinox, Magnetic Fields, Zoolook, and Rendezvous in 5.1? Bring them on!
Click to expand...

Man, that would be awesome :wave .

Shit, I have had very bad luck with my recent purchases...(let's not even mention the TT!!) I got the DVD of this thinking it was the DTS version and it's not... it's the DD "Live from his living room (with Covid!)"

Could anyone please let me know what is the DTS version, please?

kap'n krunch said:
Shit, I have had very bad luck with my recent purchases...(let's not even mention the TT!!) I got the DVD of this thinking it was the DTS version and it's not... it's the DD "Live from his living room (with Covid!)"

Could anyone please let me know what is the DTS version, please?
Click to expand...

Shared from the Discogs App 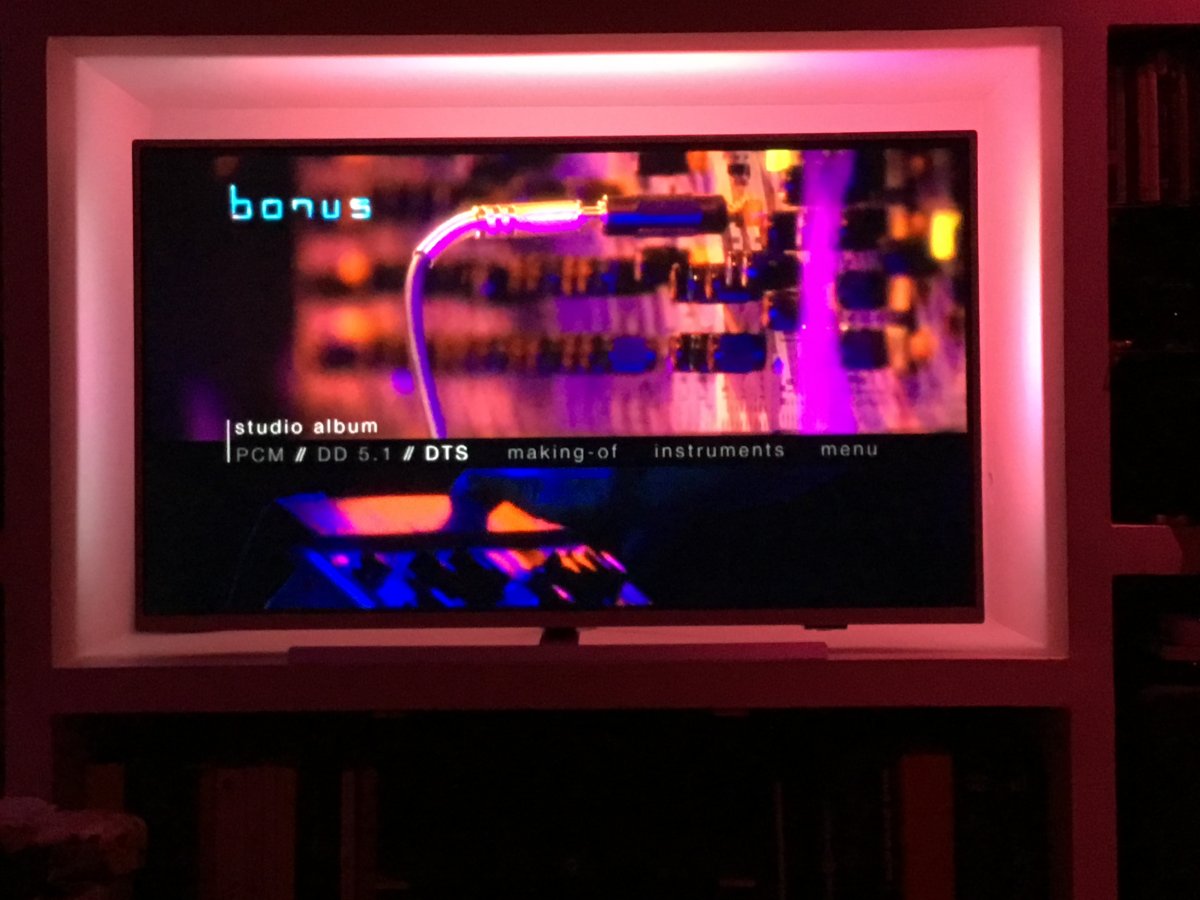 Thanks Mike, I got Aero and I love it!!!

kap'n krunch said:
Thanks Mike, I got Aero and I love it!!!
Click to expand...

Oh, Oxygene. Sorry. I know less about it.

kap'n krunch said:
Thanks Mike, I got Aero and I love it!!!
Click to expand...

PUBLIC SERVICE ANNOUNCEMENT for the non Spanish speaking members, here's the gist of it:

it's the release that bgf1973 states on Discogs
BUT
the DTS studio mix is in the BONUS section...
Muchas gracias!
T

Franklin said:
Now, Equinox, Magnetic Fields, Zoolook, and Rendezvous in 5.1? Bring them on!
Click to expand...

Agreed, also Concerts in China, that would be great in 5.1, especially with the original unedited version restored.

Alongside the DTS DVD of Aero, which I agree is great albeit a little self-conscious in the use of surround, I have the DTS discs of Teo & Tea, Jarre In China (2 x video DVD) and Solidarnosc Live (Poland - video DVD), all of which have good discrete 5.1 mixes, all worth having IMHO. The DTS track of Teo & Tea seems to dig deeper in the bass zone than the other tracks on the DVD, which seems odd, but very welcome.
You must log in or register to reply here.
Share:
Facebook Twitter Reddit Pinterest Tumblr WhatsApp Email Link