1976's Turnstiles was the last of Billy Joel's trio of quadraphonic releases. Despite housing fan favourites and concert staples in New York State of Mind and Miami 2017 (Seen the Lights Go Out on Broadway), it was Say Goodbye to Hollywood and James that were released as singles, neither of which charted in the US.

Turnstiles is also the only of the three Billy Joel quad releases not to receive a Q8 tape release. This could possibly be due to the fact that in order to negotiate a deal to get Joel out of his original recording contract, Columbia had to agree to let Family Productions, the company that he signed his original record contract with, have the rights to any tape releases of his albums. So unlike every other Columbia artist that had their Q8s released in the typical dark grey CBS Q8 shells, the Q8 releases of Joel's first two albums (Piano Man and Streetlife Serenade) were in yellow shell cartridges manufactured by Ampex bearing the Family Productions logo. However, sometime around 1975 Ampex got out of the consumer tape business, so presumably by 1976 Family Productions either didn't have a tape manufacturer/distributor that still did quad, or perhaps they just didn't want to release it at all. 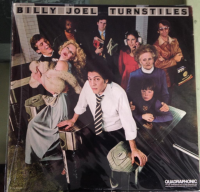 Quad mix is uncredited, but could possibly be Bruce Botnick, who did the stereo mix and was similarly uncredited on Weather Report's Tale Spinnin', which he did both the stereo and quad mixes for.

It's tricky to assign this one a rating, since I know I’m stuck listening to a compromised version of the quad mix and not the real deal--but it definitely seems like there’s a decent surround experience hiding in the SQ LP.

There are some amazing immersive moments with specific instruments and vocals clearly isolated in the rear speakers. “New York State Of Mind” is a great demo for how convincing matrix-decoded quad can sound: the saxophone comes blaring from the left rear speaker with barely any bleed to the fronts. “All You Want To Do Is Dance” has a super-active mix with percussion and keys hard-panned in the back corners. Synthesizers and drum rolls pop up in the rear speakers during “Angry Young Man”.

Unfortunately, there are just as many (if not more) moments where the soundstage becomes frustratingly unclear with the same elements seemingly emanating from all four speakers at once. It’s difficult to place the piano in particular--it sounds loudest in the left rear channel at the beginning of “Summer, Highland Falls”, but then it’s kind of everywhere in “New York State Of Mind” and “Angry Young Man”.

It doesn’t help that the quad vinyl also suffers from poor sound quality. The three different conversions (Surround Master decode, Audition script decode, Tate decode) I’ve heard all have sibilant vocals and inner-groove distortion. “New York State Of Mind”, “James”, and “I’ve Loved These Days” seem to be affected more than the other songs on my copy.

All that being said--if you’re a fan of this album, the quad LP is worth seeking out just for all the fascinating mix differences from the original stereo LP. The instrument balances are radically different at times and some alternate takes are used in place of familiar elements. For example, the sax part in “New York State Of Mind” doesn’t match the original album version or the greatest hits version. The vocals in “I’ve Loved These Days'' sound like they’re coming from the next room over. Towards the end of “Miami 2017”, the synthesizer is replaced by a bugle horn(!) playing the same part.

“Angry Young Man” is probably the most-changed of all: when the vocals enter, the piano disappears entirely and is replaced by an organ playing the same notes. Underneath the ‘new’ organ part, you can hear Billy Joel faintly ‘scatting’ along to the melody (I’m guessing this was from a scratch vocal?).

It goes without saying that we need a digital reissue of this title, just to hear how the quad mix is supposed to sound! I bet the discrete master is a revelation in comparison to the matrix vinyl, as was the case with The O’Jays’ Survival and Family Reunion.

sjcorne said:
“Angry Young Man” is probably the most-changed of all: when the vocals enter, the piano disappears entirely and is replaced by an organ playing the same notes. Underneath the ‘new’ organ part, you can hear Billy Joel faintly ‘scatting’ along to the melody (I’m guessing this was from a scratch vocal?).
Click to expand...

I've attached a 15-second clip below (all four channels folded down to stereo) of the aforementioned section from "Angry Young Man". Don't know about anyone else, but I'm fascinated by these odd anomalies in old quad mixes. Whoever did this remix certainly wasn't referencing the original stereo album. 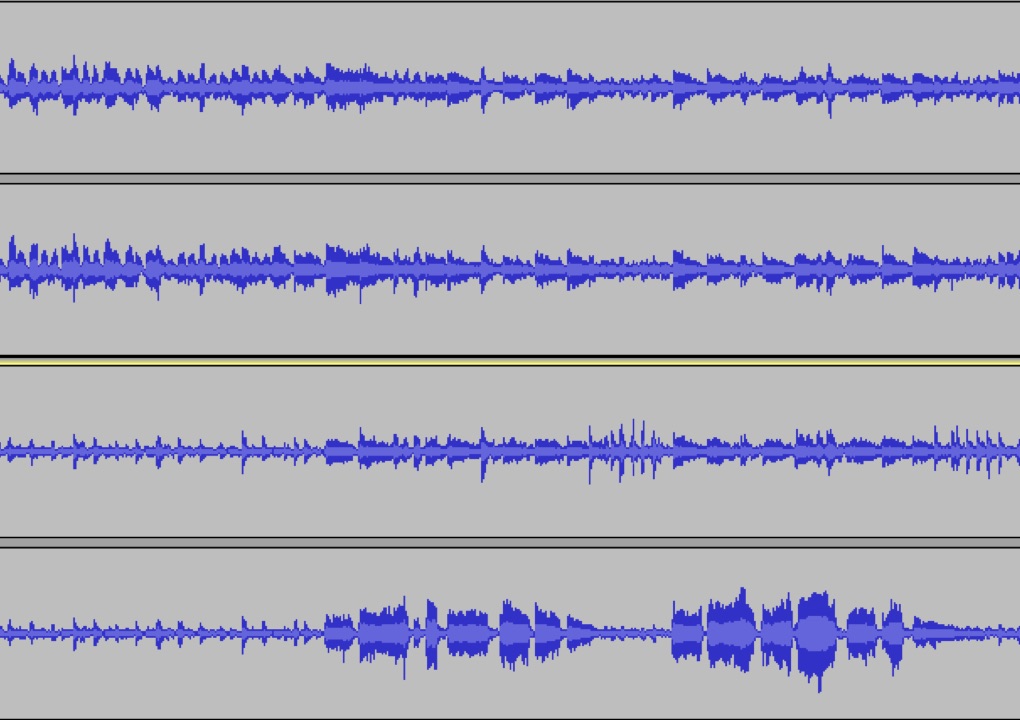 I would rate this album as an 8 which is the highest I can give to a matrix quad. You have to get this album just to listen to "all you want to do is dance", which is my favorite SQ track of all time.
You must log in or register to reply here.
Share:
Facebook Twitter Reddit Pinterest Tumblr WhatsApp Email Link