Well John was waiting for me for me when I got home last night a little disheveled but no worse for wear from his adventures in USPS land, but what a long strange trip it was. Off tomorrow so will give it a listen then.

atrocity said:
What's really struck me after listening to a lot of it is how apparently lighthearted the recording sessions were. By now we all know the John Lennon Story and what he was thinking and going through at the time of POB, but clearly he and the rest were having *fun* at least part of the time.

Granted, we're hearing the best hand-picked bits from what are doubtless countless hours of tape, but still...

I've also been enjoying the back and forth between John and Ringo. I'm sure I knew at some point that Ringo drummed on the album, but it's probably another one of those bits of trivia that enters my head and then promptly exits it. That it's also Ringo backing Yoko's more out-there bits is also amusing to me.
Click to expand...

This is a great point. I have listened to all of Blu Ray 1, all the stereo chapters in the 24/192. I knew that this was an oppurtunity to get closer to John and Yoko. It is a little bit of a work out, of course you have the same 14 songs being very repetitive. I found the Evolution Mixes to be very good.
I have ripped the 24/192 Blu Ray stereos and when I finally got them in my JRiver I broke BD-1 into 4 seperate albums like shown on booklet. When I ripped BD-2 I left as one 75 track unit, just changing the description box to whatever section was appropiate. I have not decided which way it will end up.
One note I was a little suprised at was the low DR #'s lots of 7's, 8's, 9's Here is a 2021 CD Link which is the same as the 24/192 Blu Ray.
Here is a Overall Link .
My Japanese SHM SACD has much higher DR's 10's, 11, 12's, 13's.
All that said, all the stereo versions sound great to me.

After listening to the album on Tidal Atmos and reading all the reviews, I returned my copy to Target today. I did not know the Album well enough to have a soft spot for it. Guess I'll have to find Instant Karma another way!

My copy is here! No return, no give back, time to tear it open and listen to some music. A lot to take in here... 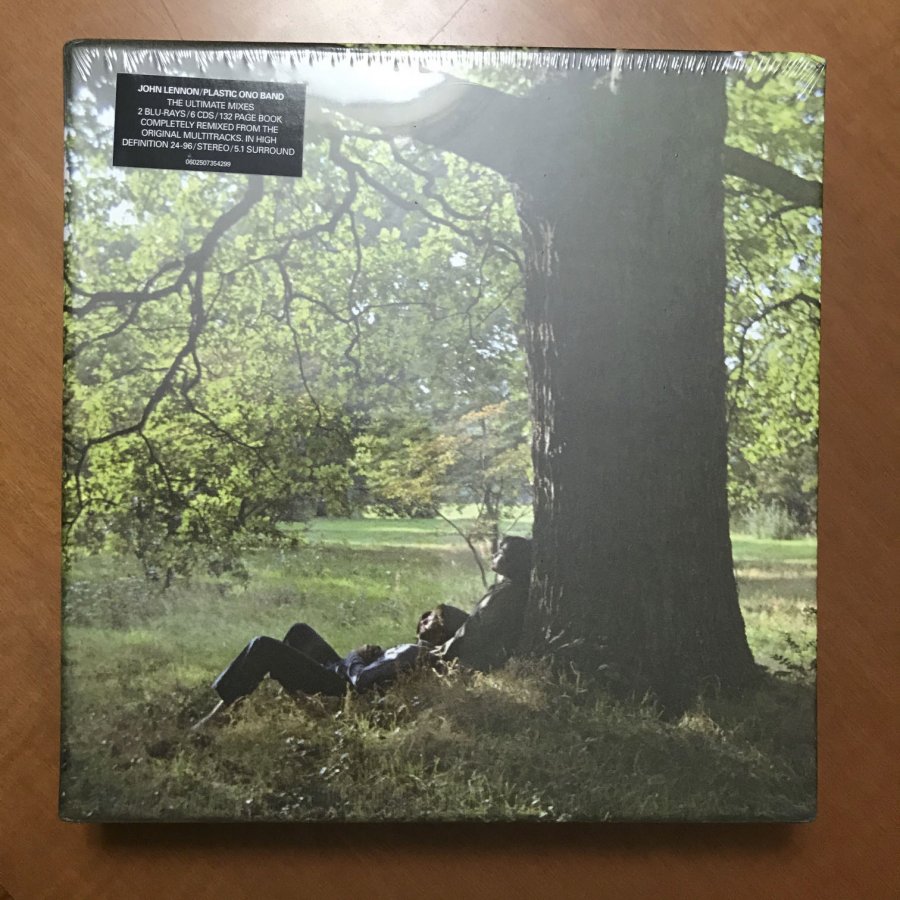 Well I managed to sneak in 2 passes, 1st in Dolby 5.1 TruHD (color me not impressed [in truth did not expect much with POB in this capacity but with the raw mixes of Imagine I had hopes we might get a shot at something cool] that being said the 5.1 mix fidelity sounds superb), 2nd in Dolby ATMOS (I am not set up for actual ATMOS [yet...coming soon to a home theater near me] but I am 7.1 capable and in ATMOS 7.1 this actual opens up quite a bit, there is actually stuff comin of my side surround speakers, noticeably so, much more immersive with things like some piano chords in the right surround and then a piano flourish in the left and backing vocals fully in the surrounds and other bits barely noticeable in the TruHD 5.1, also with the front soundstage being much wider on some songs. Interestingly in the 7.1 the rear surrounds were almost silent which oddly enough was how the side surrounds sort of sounded in the 5.1. So in this initial assessment my knee jerk reaction is the 5.1 sounds pretty good as a stereo mix and the 7.1 sounds pretty good as a 5.1 mix .

Edit: Oops forgot to add this was all through Direct mode on my Denon.
Last edited: Apr 29, 2021

Thanks very much for this info.
I didn´t have this program and am usually not really knowing what i have extracted from the BD.
Now i know.
As with the "Gimme some thruth"-collection this has to low audio from the back speakers to make it enjoyable to me.
So by just rising the volume on those two channels i think this album has turned out to be really good.
I usually listen to all my music on all speakers as fake surround sounds better than stereo.
In this case there is also real surround involved so the result is actually so good that i might rise my vote on this album now.
You must log in or register to reply here.
Share:
Facebook Twitter Reddit Pinterest Tumblr WhatsApp Email Link