This will be released on Blu-ray by Deutsche Grammophon in August, with a Dolby Atmos track. This text comes from jpc.de, and I have edited it slightly for legibility, but the first portion is still a bit stiff.

The legendary American film composer John Williams conducts the Vienna Philharmonic Orchestra for the first time - "Visit from the dear God" was the title of the standard, "standing upright jubilant choirs at their first appearance: as if God was received by earthly disciples John Williams in Vienna documents the historical performance - "a very special honour" in the life of the composer Symphonic Hollywood sounds on the stage of the Vienna Musikverein - the world-famous orchestra plays cult themes from Star Wars, Harry Potter, Indiana Jones, Jurassic Park and other milestones in film history. Star guest Anne-Sophie Mutter with adaptations for violin arranged especially for her by Williams Star Wars, Harry Potter, Indiana Jones, Jurassic Park - the soundtracks of the master of cinematic magic John Williams are among the most popular in the history of film and have received numerous prestigious awards, including five Oscars, five Emmys, four Golden Globes and twenty-five Grammys. Now the legendary American film composer has recorded the most famous, beautiful and touching cult themes for the first time with the Vienna Philharmonic Orchestra. "Star moments of film music" was the headline of the Wiener Zeitung, "Hollywood's grandmaster thrilled audiences with excerpts from his life's work at the Vienna Philharmonic."

Williams' two concerts at the Vienna Musikverein on 18 and 19 January 2020 were the first performances the composer has ever conducted in continental Europe. Working with the Vienna Philharmonic was "a very special honour" in his life. In addition to Williams and the orchestra, another exceptional artist was on stage in the first half of the concert: Anne-Sophie Mutter. Thus the conductor and the violinist continued their artistic partnership after their joint album Across the Stars. The new album "John Williams in Vienna" combines cult themes from E. T., Great White Shark, Star Wars, Harry Potter, Jurassic Park, Indiana Jones and other milestones in film history as well as two previously unreleased adaptations, specially arranged by Williams for Mother, for violin of "Devil's Dance" from The Witches of Eastwick and "Raider's March" from Indiana Jones: Hunters of the Lost Treasure. Of course, the world-famous "Imperial March" from Star Wars should not be missing. "One of the best performances of this march that I have ever heard," Williams noted.

The limited Deluxe Edition "John Williams - Live in Vienna" is the only version that contains the unique concert experience on Blu-ray with additional 6 tracks. Including a breathtaking Dolby Atmos surround sound mix for the perfect concert experience at home (available as video and audio-only version) As a bonus: an interview by Anne-Sophie Mutter and John Williams from the Vienna Musikverein. The standard CD as well as Blu-ray disc is presented in a high-quality digipack in Blu-ray format with a noble gold foil look on the cover.
Click to expand...

I, for one, will be all over this one. BD~V also includes a RBCD of the concert. 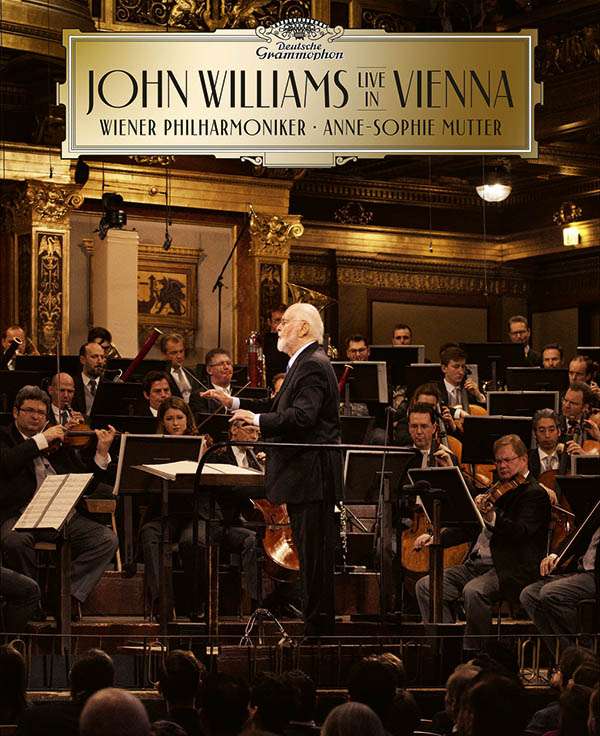 This is from a review of the actual concert. I posted here because others may also be curious about the likely tracks:

That does look interesting.

This is part of a project the two did called Across the Stars, which is a wonderful album (sadly, stereo only, but I believe in high-res). Mutter was married (and then divorced but friendly) with Williams's close friend Andre Previn, who sadly passed recently. A news piece about it: John Williams And Anne-Sophie Mutter, 2 Geniuses For The Price Of One

“It was honestly one of the best presentations of that March I’ve ever heard,” composer said of performance. “They played it as though they owned it”

Amazon UK link which seems to be a bit cheaper: