1975's Mellow Madness was Quincy Jones 4th and final quad release, and his first album after suffering a brain aneurysm the previous year following the release of Body Heat. Boasting Jones' usual array of R&B and jazz firepower, the album is also notable for featuring his latest discoveries, guitarist George Johnson and his brother, bassist Louis Johnson, who would record their debut album as The Brothers Johnson with Jones producing the following year.

Released on CD-4 LP and Q8 in the US, the LP version was the first (and only) of Jones' quads not to be released in the SQ format, A&M having committed solely to CD-4 in 1975, shortly before they ceased quad output entirely. 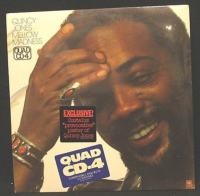 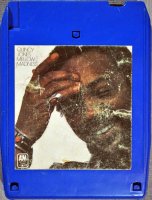 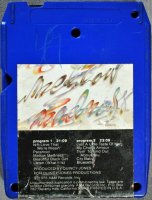 one of my all-time favourite Quads!