Recorded June 9-16, 1971 at Command Studios, Picadilly, and Olympic Studios, Barnes, London, and released, October 11th 1971, In London was B.B. King's first quad LP, and a single inventory one at that, so all subsequent reissues should carry the QS encoding of the original. A discrete Q8 release followed in 1972 - first issues were manufactured by Ampex in their signature yellow shell, but ABC's tape duplication moved to GRT later the same year, and the tape was reissued first in a white-shell GRT cartridge, and then later their standard blue one. 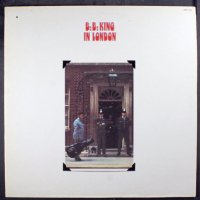 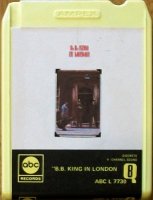 (The BBC did a 30 minute documentary as part of their Sounding Out series on the making of this album and some kind soul has uploaded it to YouTube. You can even see four quad joystick panners in the middle of the mixing console around the 17:10 mark in the video.)