Released in 1972, L.A. Midnight was B.B. King's second quad LP for ABC Records, and another single inventory one, so all subsequent reissues should carry the QS encoding of the original. A discrete Q8 release followed later that year - first issues were manufactured by Ampex in their signature yellow shell, but ABC's tape duplication moved to GRT shortly thereafter and the tape was reissued first in their white shell cartridge, and then later their standard blue one. 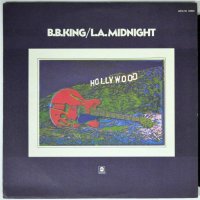 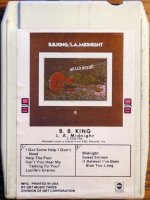