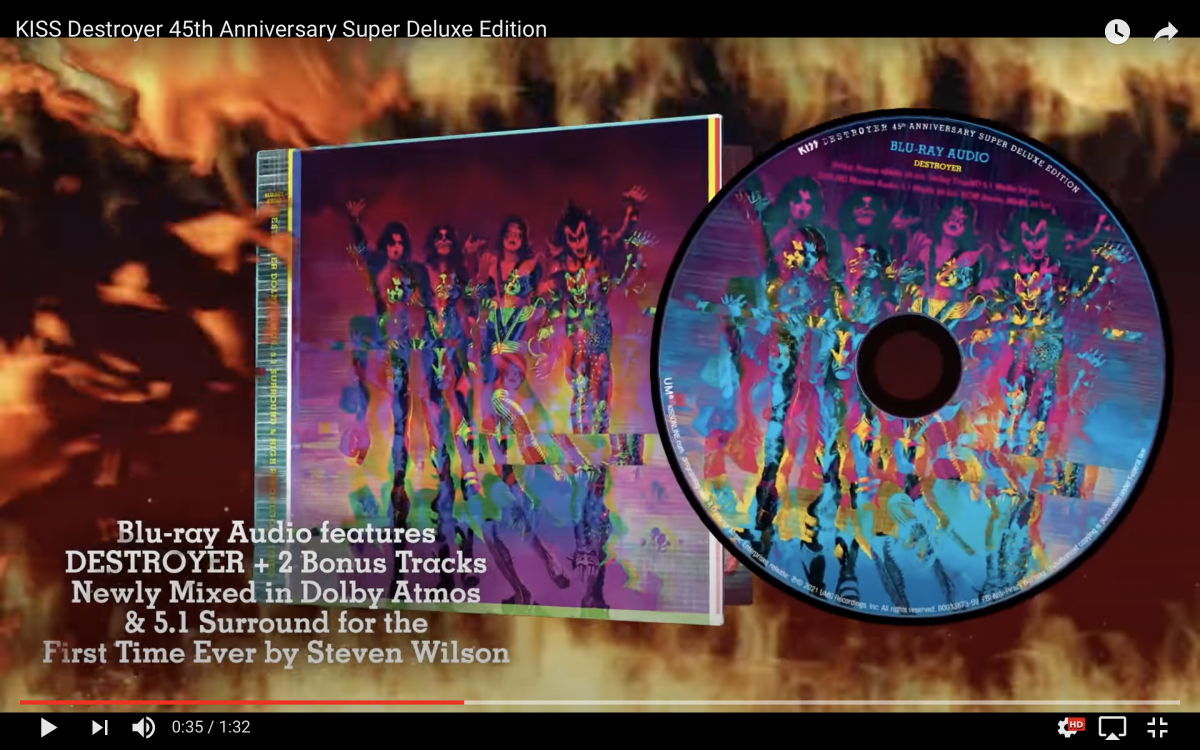 Celebrating its 45 anniversary, Destroyer was originally released in 1976 and is considered to be one of the quintessential KISS albums. It is the band’s first album to sell one million copies in its first year and holds the title of being their all-time best selling studio album.

Packed with concert staples and KISS Army favorites including “Detroit Rock City,” “Shout It Out Loud,” “God Of Thunder” and “Beth,” on November 19, 2021 UMe will release KISS – Destroyer 45th in the form of a Super Deluxe 4-CD + Blu-ray Audio box set as well as on standard double black vinyl and limited edition yellow and red double colored vinyl, 2-CD set, and digital.

For the recording of Destroyer, Bob Ezrin was brought in as KISS’s new producer, helping the band reach new levels, both sonically and creatively. The album also showed the band’s growth as musicians and songwriters, experimenting with new sounds which came in the form of the softer side of songs like “Do You Love Me?,” and songs heavy with orchestral arrangements including “Great Expectations” and their Billboard No. 7 hit single “Beth.” Following the breakthrough success of 1975’s No. 9 Billboard charting Alive!, Destroyer was the KISS album that brought them to the forefront of the mainstream and transformed them into global rock icons. For its anniversary, UMe celebrates this seminal album’s legacy with a staggering amount of bonus material.

CD 1 includes the original album newly remastered at Abbey Road Mastering, while CD 2 features 15 demos from Paul Stanley’s and Gene Simmons’s personal archives – 9 of which are unreleased. CD 3 is packed with studio outtakes, alternate versions / mixes and single edits – most notably a brand-new stripped-down mix for “Beth (Acoustic Mix),” and CD 4 contains an electrifying performance from the band’s visit to Paris France at the L’ Olympia on May 22, 1976. For the Blu-ray Audio disc, Steven Wilson was brought in to create a first-ever Dolby Atmos and 5.1 surround mix of the original studio album plus 2 bonus tracks “Beth (Acoustic Mix)” and “Sweet Pain (Original Guitar Solo)” the latter featuring Ace Frehley’s original recorded guitar solo that was not released on the studio album (this track is available on the 2012 Destroyer: Resurrected project.)

The entire contents are housed in a lift top- style box and features artist Ken Kelly’s original Destroyer cover art, arguably one of the most iconic album covers in rock, making this the ultimate KISS Destroyer souvenir.

KISS is America’s #1 Gold Record Award winning group of all time in every category and have sold over 100 million records worldwide. Peerless as a live act, the band’s illustrious legacy is marked by record breaking global tours. Now, after an astonishing 48-year career, KISS – Paul Stanley, Gene Simmons, Eric Singer and Tommy Thayer – are currently in the midst of their ‘End Of The Road’ tour.

Hope I have enough arms and legs left to purchase this one saying that I hope the first 4 albums get the same deluxe treatment! @ 63 years old I still love me some KISS!

(I guess I'll be getting this)
T

I hate them. Evil SOBS.
J 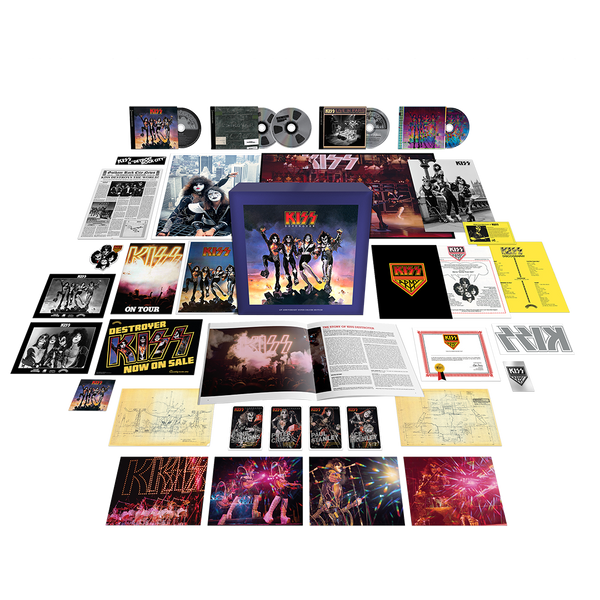 Haven't found it on amazon yet.

Was just about to post that......I'm a LOT less excited about it now.

Well Kiss are a band that loves its merchandising! We're probably lucky its only $200 and doesn't have a set of figurines in it, but that will be around £200 in the UK!

Assuming the Atmos will be streamed, I'll pass on such a bloated set. CD/BD would do it for me...

Wow! I guess this is one of the projects he teased months ago that's "far from the world of progressive rock". Never would've guessed he's a fan. "Detroit Rock City" should sound pretty cool in surround.

I'm confident the price will eventually drop like it always does with these mega sets - GnR's Appetite For Destruction SDE ended up going for $40-50 just six months or so after the initial release.

Exciting news. I might bite. Maybe Importcds, Deep Discount and Amazon will sell it for less than the suggested retail price. Cool album, but I'd rather have the first and Rock and Roll Over in 5.1. But, I'll take what I can get in these trying times.
M

edisonbaggins said:
Assuming the Atmos will be streamed, I'll pass on such a bloated set. CD/BD would do it for me...
Click to expand...

Well I guess you were wrong on the mix Steve Wilson was doing for an American band…I agree too bloated, and expensive for me!! Now if they did it for KISS ALIVE! I’d be in BIG TIME
M

OF COURSE YOU DO, GENE!
M

I’ll wait til there’s a cheaper deal at least. Not my fav album of theirs, but Steve Wilson Atmos mix very intereging indeed, but do it for ALIVE!! I’m in

Wow. This could be awesome but I will never know unless they can get this closer to $99. Five discs for $200 is just waaay too much. I do like this career defining album, it was one of the core albums of my early teen years. But $200.... who do they think they are, The Beatles?
You must log in or register to reply here.