its the Friday of the Memorial Holiday weekend. In Michigan this day meant Eddie Money. Eddie opened the music venue Pine Knob now called DTE Energy Music Theatre in Clarkston for 28 straight years dating back to 1992 - always on the Friday of the holiday weekend. Eddie called Michigan his Rock n Roll home away from home and played in over 50 different venues throughout the state during his career. Heres The Party Eddie ! 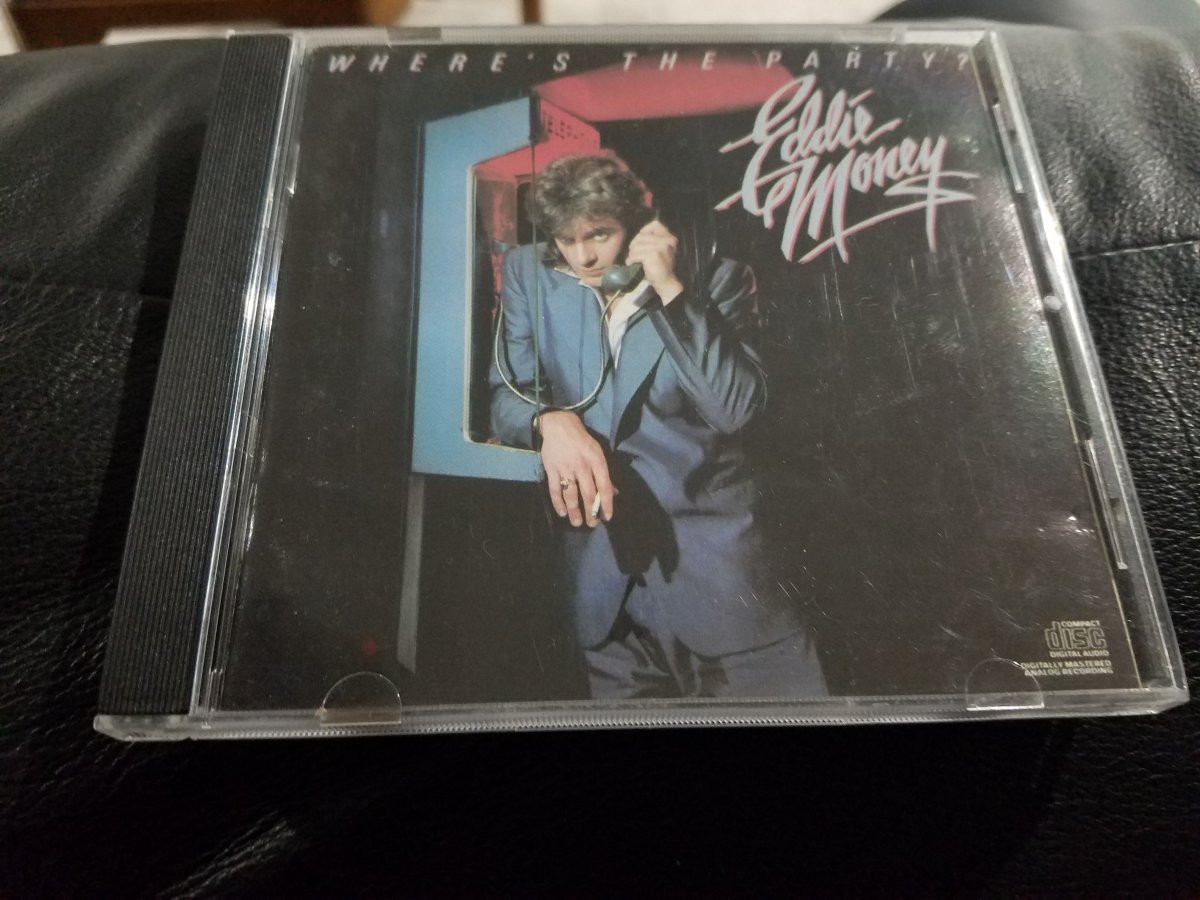 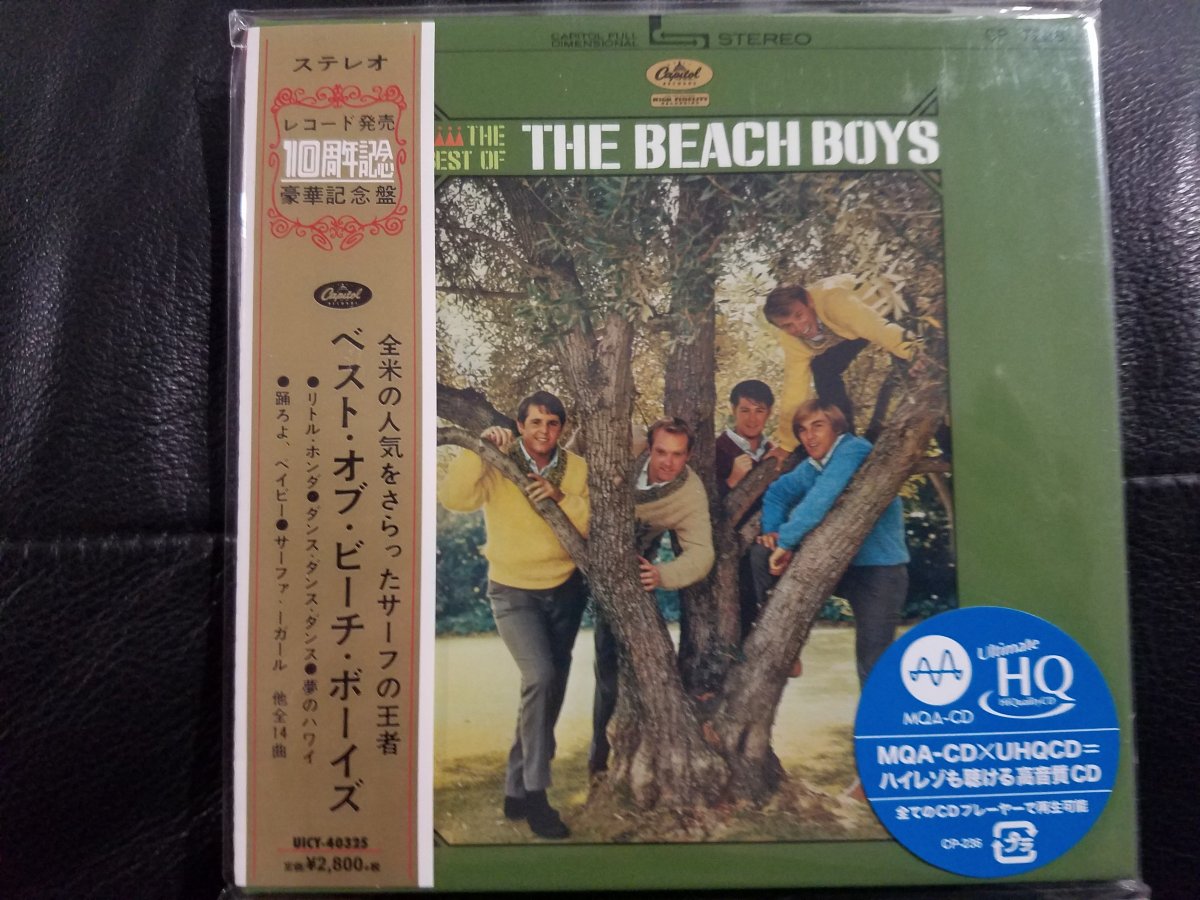 The Cult - Sonic Temple of the dog 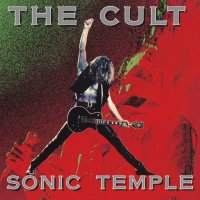 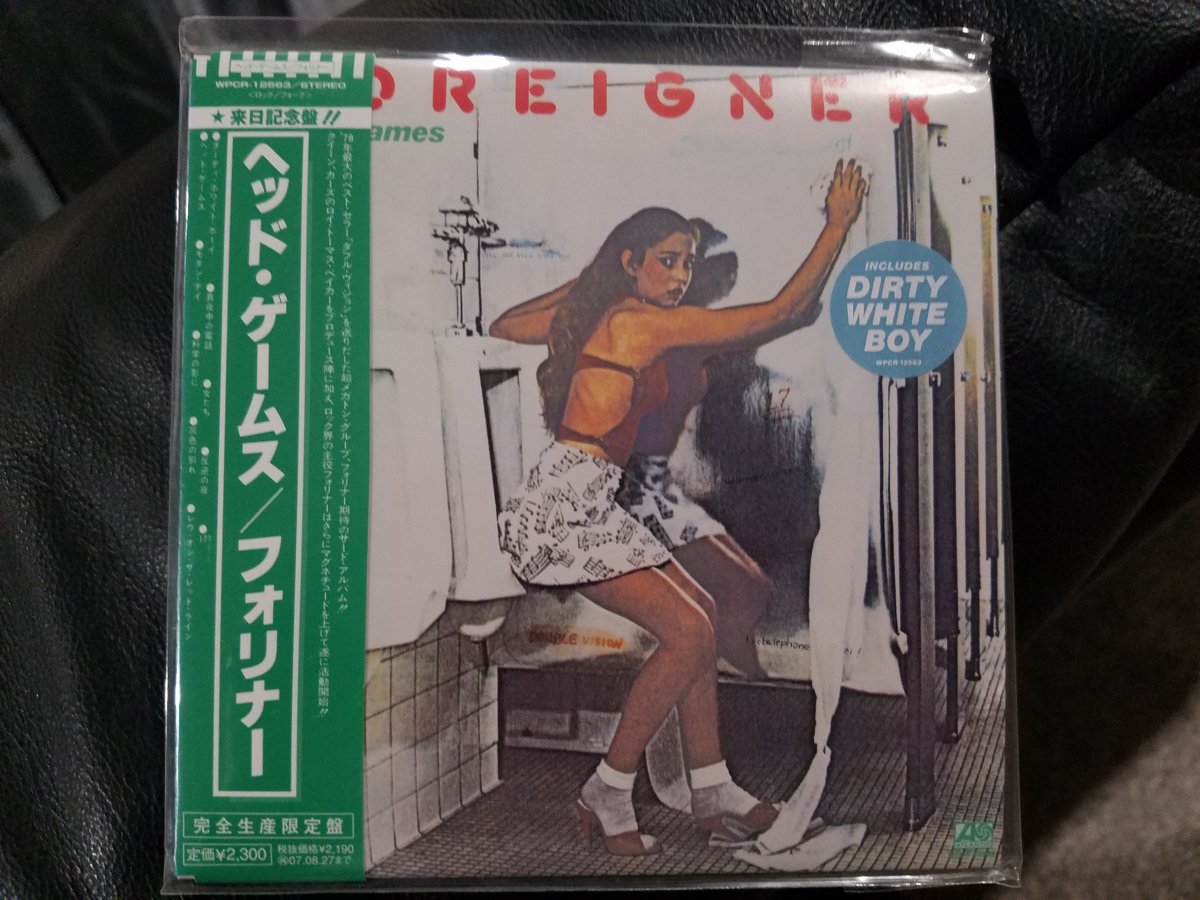 I used to love this album when I was drinking beer, or not. In fact, it was my favorite Foreigner album up, until, I heard Foreigner 4 in surround. Now, whatever the temperature of the beer is, I can still enjoy a nice, tall and refreshing glass of brewski and Foreigner.

The Cure The Top and some CRAFT BEER 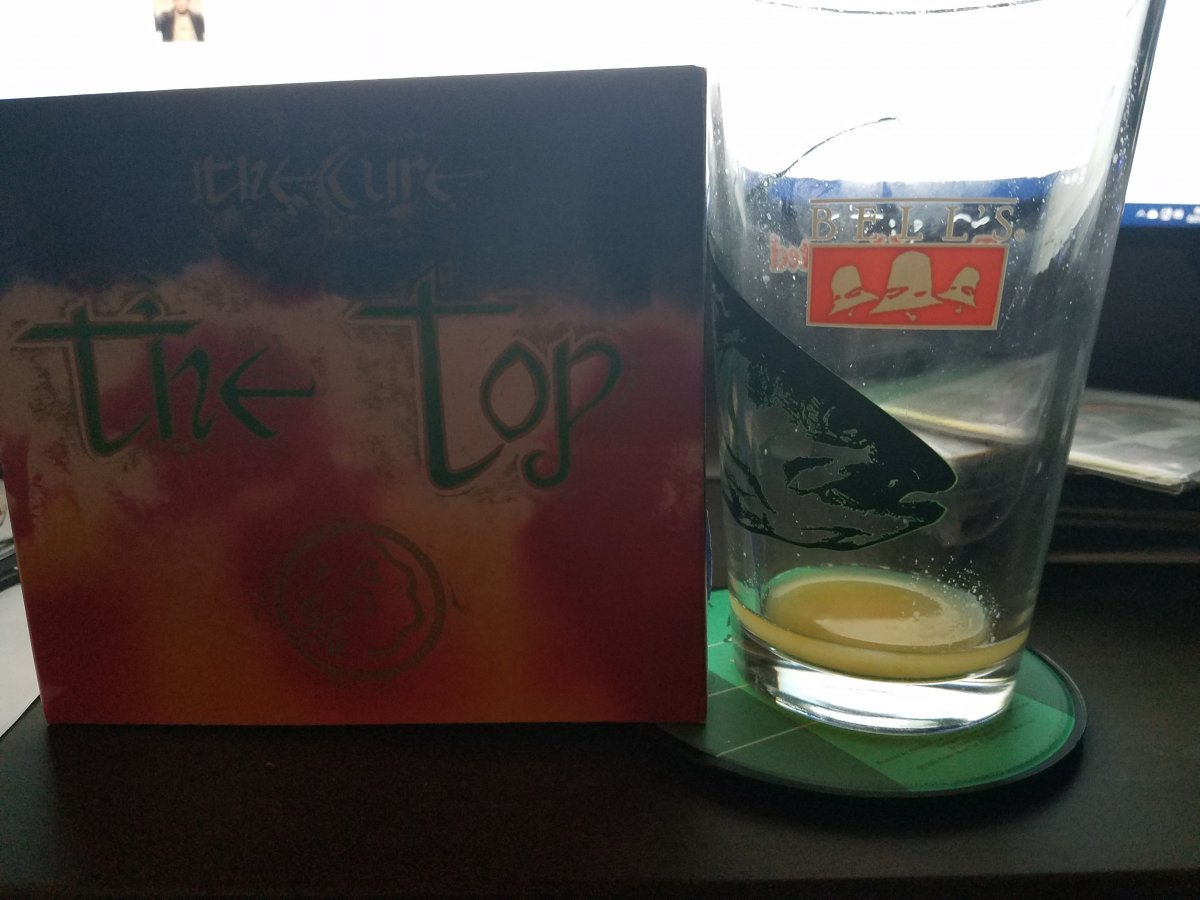 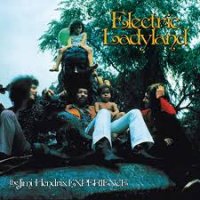 After playing the HiRez variations first, I tried the Bernie Grundman mastered CD. Best of the bunch though I wish the drums had the wallop of Eddie Kramer’s 5.1 mix, and BG’s mastering should have been on the Bluray in 24/96.
Don’t normally like demos, the ones on disc two are very good, worth hearing.
Will get to the live disc eventually.

4-earredwonder said:
Miles Davis LIVE AROUND THE WORLD {Warner Brothers] An overlooked gem from the master. Contains LIVE MILES from 1988~1991 peaking at #4 on the Billboard Jazz album charts!

Not to be missed.

Barbra Streisand THE BROADWAY ALBUM [Columbia] IMO, one of Bab's greatest EVENT albums where she not only hits all the right notes but soars like a eagle on Stephen Soundheim's Pretty Women/The Ladies That Lunch medley, Somewhere from West Side Story [AMAZING!] and Soundheim's Send In The Clowns. In fact, every song is a treasure and the orchestrations from Richard Baskin, Peter Matz, David Foster and Jeremy Lubbock are in a word SENSATIONAL. Why Columbia/SONY never afforded this masterpiece a hi res 5.1 or stereo SACD release is criminal. This magnificent album deserves to be heard in the highest fidelity! And did I mention, Stevie Wonder stops by to solo [harmonica] on the Gershwin Medley! 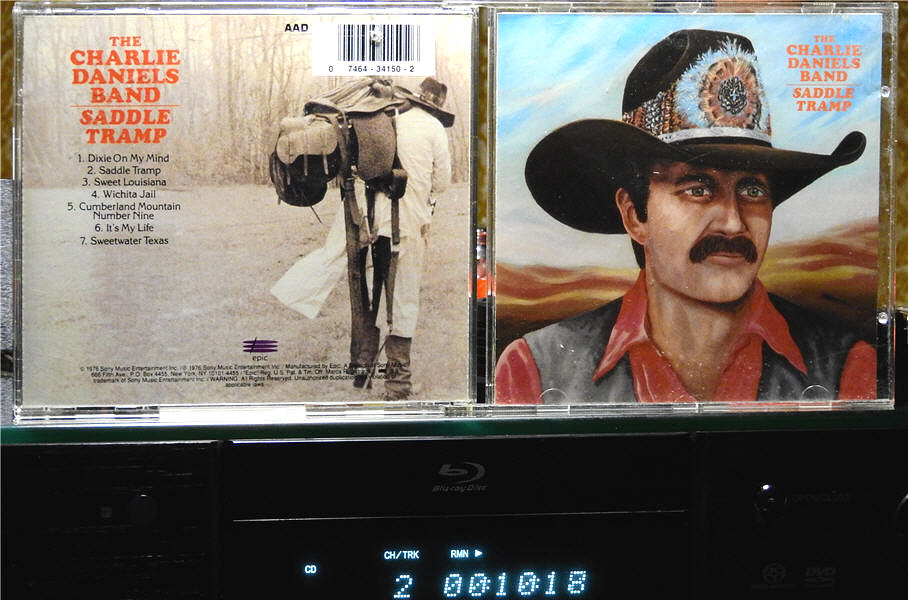 As a huge Babs fan, I agree. There have been high-res DualDiscs of Guilty I & II, as well as an SACD multi of Movie Album. Lots of Quads, too. If she deigned that it needs to be done, then it would be so. And, yes Broadway is one of her best.

This 5-CD boxed set has music from all of Miles’ Warner Bros releases – Tutu, Siesta, Amandla, Dingo, Live Around The World, Miles and Quincy at Montreux, and Doo-Bop, plus guest appearances with artists such as Cameo, Chaka Khan, Scritti Politti, Shirley Horn and Marcus Miller. There are also...

Frummox (Steven Fromholz) - Here To There 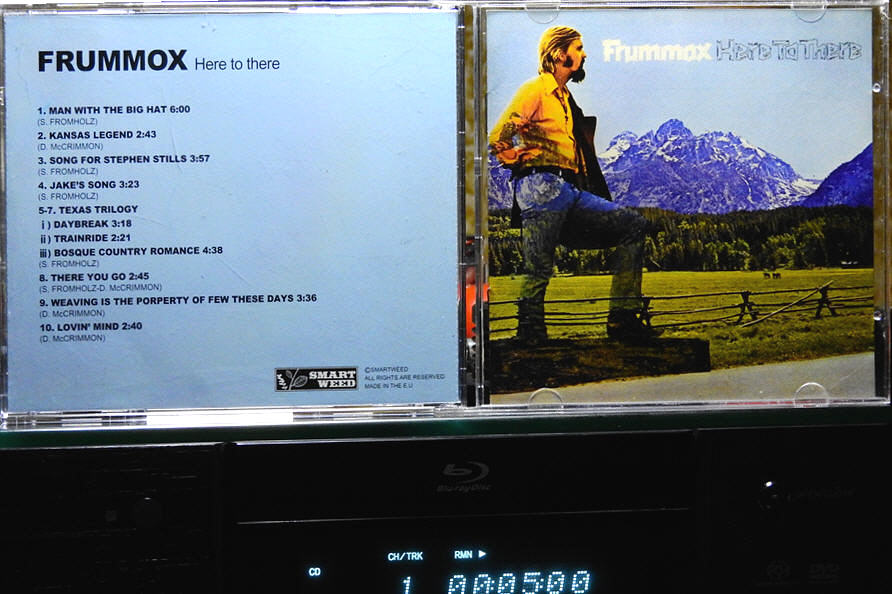 Picked up the CD release of Susan Jacks "Dream". I mentioned the LP in the RIP Susan Jacks thread as being my favourite release of hers. I have always been dumfounded that this was never released outside of Canada! Casino Records was folded in 1978, apparently it took Susan until 2014 to get control of her album. The CD was sourced from vinyl but is still of good quality. It must have been originally sold through her website, now defunct.

More purchases from Cherry Red. Rachel Sweet "The complete STIFF Recordings 1978-1980". I purchased the first album in 1978 as an import on white vinyl. I hadn't even heard it before but everything else that I had ever listened to on the Stiff label was excellent. I wasn't disappointed! Reading the liner notes apparently it was remixed for American release, WHY?!!

The second album "Fool Around" got some FM radio airplay. I seem to recall the DJ saying that she looked 12 but sounded 24! Both albums are here plus bonus tracks! 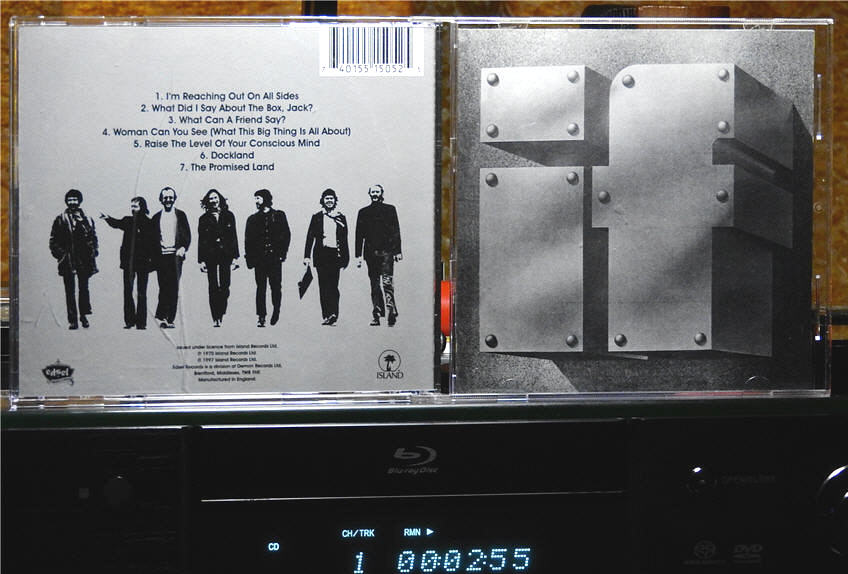 An Apple a day... This is one that I first heard by downloading from Napster. I even myself burned a copy onto CD. Well I'm legit now with this digipak copy on Grape Fruit from Cherry Red.

It's psychedelic, garage band sound with a touch of Beatles you just can't miss. My favourite track is "Dr. Rock". I wonder if that track was pure fiction or based on a real DJ/Doctor? That scenario seems rather unlikely that one would be a Doctor by day and DJ by night, but very cool!

Spirit ST mono from the box set It Shall Be

a revisit to a nice craft beer and a nice album. 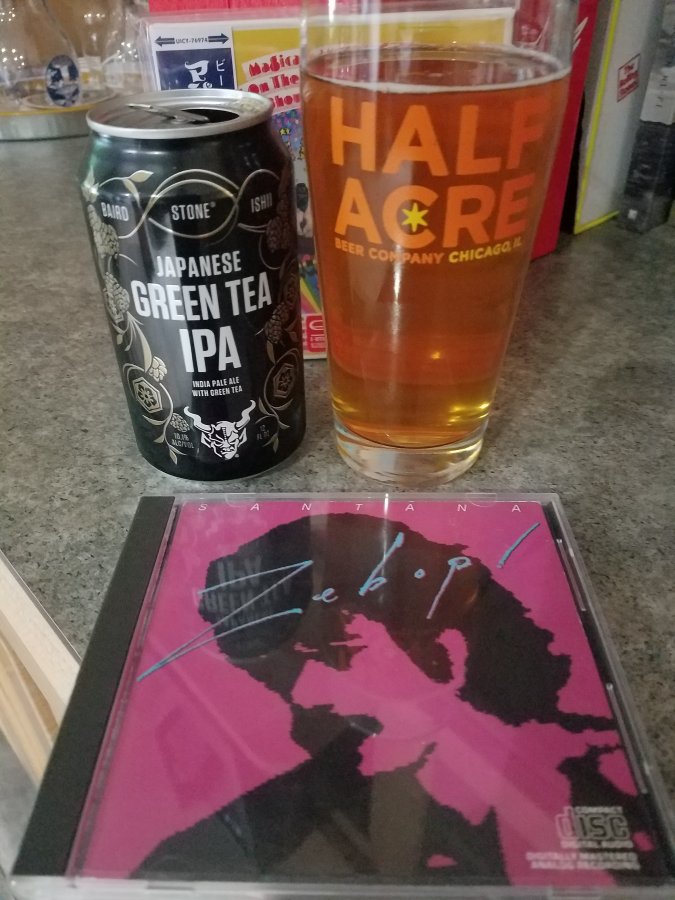 cbmmm3 said:
a revisit to a nice craft beer and a nice album.

I noticed that this the worst period of Santana’s output for a lot of people. Inner Secrets, Marathon, Zebop! and Shango are my favorite Santana albums.
You must log in or register to reply here.