Listening to Now (In Dolby Atmos)

Perpendicular said:
It does show what tracks are in Atmos, Lossless, etc. You just need to be on the right screen.
Click to expand...

Yeah I get that, but what about while it's actually playing, and aren't there a lot of albums that only have a track or two in the main Album page which are hard to tell which ones are Atmos?

J. PUPSTER said:
Now you've got me wandering if maybe I got off the Atmos path somehow, thought I was still on "Made for Spatial Audio" section though. I'll dig into to it later today and double check.
Could be the reason they were "thin" and "disappointing" LOL

I'm going to edit my posts until then, don't want to misrepresent!
Click to expand...

I found that out the same way. While in the Spatial Audio section, when it gets to the last song in Atmos, it lists several songs that are in Stereo only. Yep! Dumb move on Apple’s part.

J. PUPSTER said:
Yeah I get that, but what about while it's actually playing, and aren't there a lot of albums that only have a track or two in the main Album page which are hard to tell which ones are Atmos?
Click to expand...

That’s true! Another dumb move. Hopefully, that will change in the future.

Yeah, I like the music; not very "Spatial", subtle in 5.1, but sounds nice and full

*some serious bass on this one!


Hey Mike, when you're on the "Made for Spatial Audio" list, is that limited to just a few hundred songs, I keep seeing the same songs coming up?
Click to expand...

The Made For Spatial list is a fixed one and rarely updated.
The other lists: Pop and Rock etc are updated on an irregular basis.

I've just got the Apple Music app up on my Samsung android tablet. This is making my life a lot easier by saving the albums and singles to my library.

Also, I'm finding new music that was not showing on the PC version, of Apple Music.

All these little quirks Pups are sent to try us.

Can then retrieve them easier when the little black box is on.

Remember back when Universal Music announced they were mixing music in Dolby Atmos? Now we know where those songs ended up. The question is, are there more songs in the pipeline? And, when? People cannot expect to listen to the same handful of songs over and over. I bet some people would.

Juju - Wayne Shorter
&
Una Mas (One More Time) - Kenny Dorham
& these others followed out of my Library, but I have no idea if they're supposed to be Atmos, 'cause it doesn't f***in' tell you

I guess a different way to think of these old classic Jazz titles in Atmos is with just space in mind; but really not much going on in the rears. Maybe the real Atmos setup with heights adds some more aural room depth to the sound.

They're also probably catering here to mainly a younger audience with headphones, iPads, iPhones, sound bars etc.; that don't even know the real thrills of a quality surround mix.

But for my money, there's no excuse for the more modern stuff, unless it's just a singer and an instrument, doing a solo thing.

Life is too short...

We need to impress on these mixing engineers that a good bold surround stage is not a bad thing, if done with the occasional flourish without getting kitschy with it.

We need more of a party

pixture a scene with a certain unemployed actor wishing that next Keef inspired pirate franchise role would drop into his lap and free him from nasty ex's depositions and such...

as the fog starts to part on the open seas, we see a pirate ship closing in on an English frigate , caught unawares!

Cap'n Jack-
"Bring her about hard starboard lads, we'll show this royal princess what the real cost of seafaring is!"

1st Mate -
"I Cap'n, we'll give her a full load broadside from our 24 pounders, arrrghhh!"

Cap'n Jack-
"We'll rope over, muskets blazing and once we've had our way with 'em we'll fly her wench's bloomers on the highest yardarm, before we plunder and scuttle the lovely."

Cap'n Jack-
"Cap'n Sparrow's my name, Jack Sparrow... and deception is my game!" 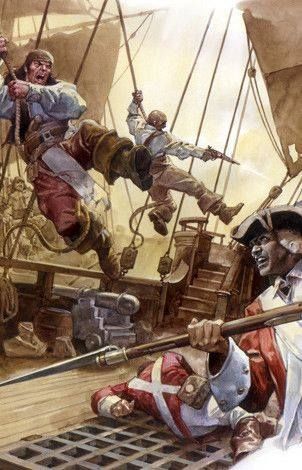 Want your music to engulf you? Get your ears around these immersive Dolby Atmos-powered tracks

Pearl Jam fans...here is No Code:

No Code by Pearl Jam

Listening now to the Blu Ray, Dolby Atmos of All Things Must Pass, this is such a treat to have this box set, such great music.
I have to admit the hard disc is only a tiny bit better than the Apple Music Stream, that is good news, but I still like my physical box set better.
Lacking the lyrics showing like Apple Music, but I will get by. 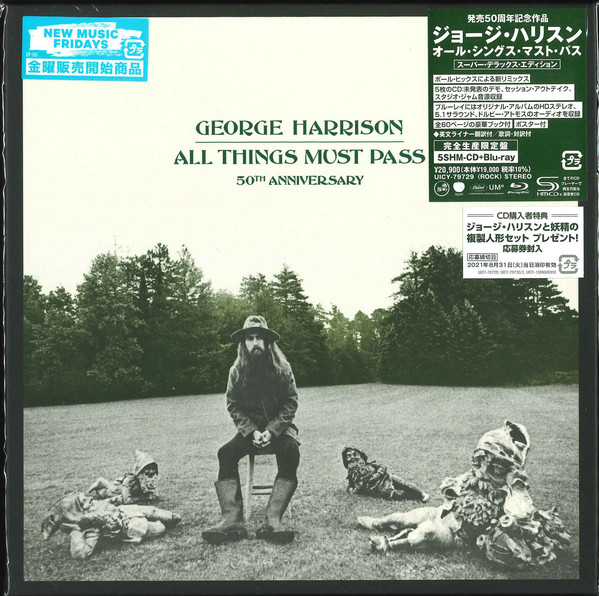 No Code by Pearl Jam

holy moly, Ten is too!

What a surprise, don't believe Joe's got any of his music in legit surround; will have to check this one out for sure!

How did you discover this has an Atmos song, and which song?

OK I'm on it now "The Heart That Never Waits"; very center channel centric, with some light use of the rears of BU Vox, guitar licks, keyboards, but overall sounds very muddy and compressed, I bet the CD of this one will be smashed. Hey I'm not not trying to be negative here, just the facts as I hear 'em folks

On the plus side, his albums with "Rock Candy Funk Party" are fairly smashed but somehow end up sounding decent regardless.
E

Oh wow. If this is any good, it will push me over the edge to buy an Apple TV 4K and Apple Music Subscription. I’m already paying for Tidal family plan plus physical Atmos discs. I really don’t need yet another device/subscription. But, what choice do I have? 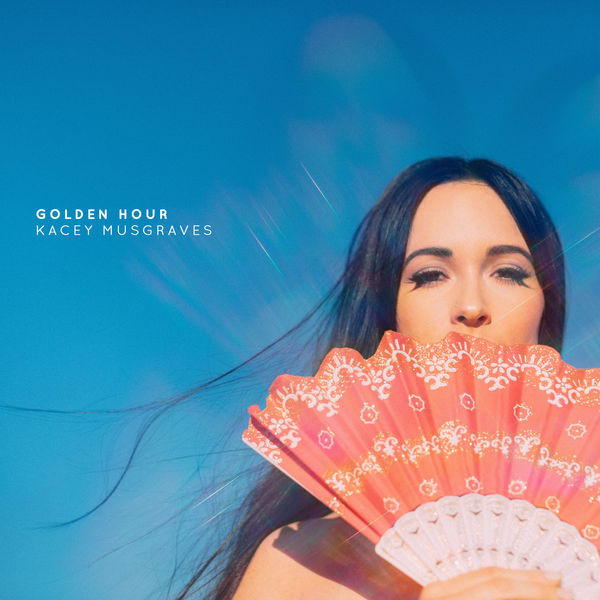