Don Gillis SYMPHONIES Nos. 1, 2 and 5 1/2 [Albany Records/Multi~CH SACD] Every once in awhile I like to pay tribute to overlooked American Composers and this marvelous SACD is supremely enjoyable, eminently melodic and the recording is sumptious! 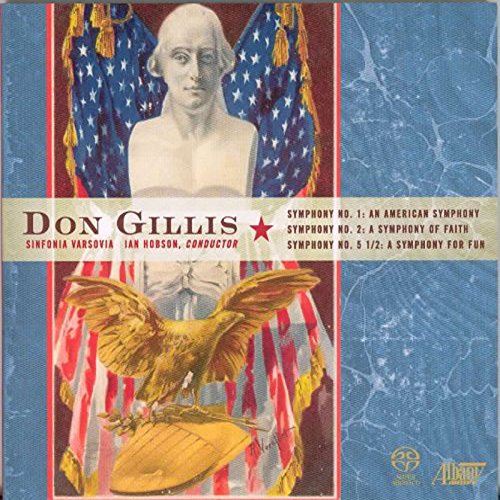 Graham Nash, Songs for Beginners (DVD-A, 2008 [1971]). Where's the 50th-Anniversary hoopla for this one? I'm a latecomer to it, but it's such a strong album, and so beautifully recorded. Fine 5.1 mix by Nathaniel Kunkel. 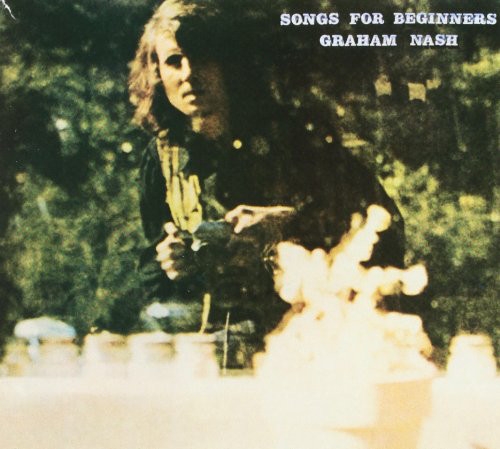 did you find the 8 track from the LP ?

SWINGLE SINGERS [Philips/Dutton Vocalion/QUAD SACD] One area D~V certainly cannot be faulted for is the sheer diversity of their QUAD releases encompassing a broad array of Classical, Pop, Rock and Jazz releases and this is NO exception. An unexpected delight! did you find the 8 track from the LP ?
Click to expand...

Assuming you're referring to the Milton Nascimento: whoever did the conversion I found only had the LP from that set (and not the EP, which contains three additional tracks).
Last edited: Oct 18, 2021

Willie Nelson, Night and Day (DVD-A, 2000). I respect Willie more than I like him, but a couple of people on QQ have singled out this album as especially noteworthy, so I decided to check it out for myself. Nice collection of American standards, in acoustic swing/western swing instrumental arrangements. Beautiful recording with an excellent (discrete) mix.

[Edit: meant to put this in the "Listening to Now (In Surround)" thread.] 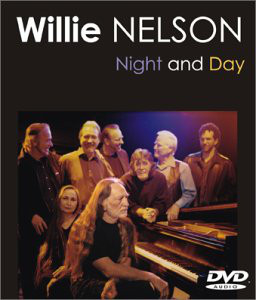 N*E*R*D, In Search Of... (DVD-A, 2005 [2002]). Missed this album when it came out--and missed Pharrell Williams until he was impossible to miss. Thoughtful, aggressive mix, and ear candy for middle-aged fans of the Native Tongues/Soulquarians school of hip hop. I wonder if we'll see this one--or maybe No One Ever Really Dies, with all its big-name guests--show up on the streaming services with an Atmos mix. 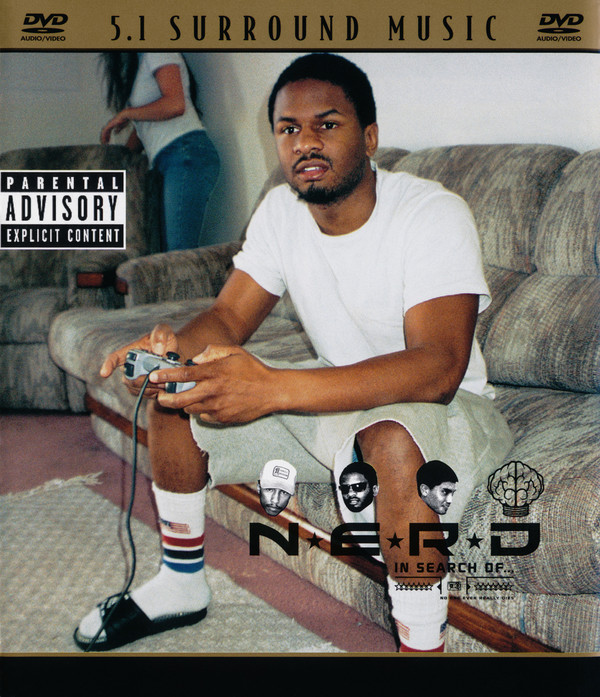 There was another Ives Quad, Old Songs Deranged, which I bought on Q8. IMHO, crappy...

Walking in Space is the best Quad (Q8) by Quincy Jones musically, but the worst Quad mix of the bunch.

...waiting for Time Passages & The Visit

Quad Linda said:
There was another Ives Quad, Old Songs Deranged, which I bought on Q8. IMHO, crappy...
Click to expand...

Yeah--I have the SQ LP, but it's sort of an oddity, or at least a historical curiosity. (I found it more interesting after watching Michael Tilson Thomas's documentary on Ives and hearing about musical influences from his childhood and youth.) I think the Q8 is at least a bit more discrete?

Michael Nesmith and the First National Band, Loose Salute (1971), in a conversion from a discrete source. Speaking of 50th anniversaries.... I think Magnetic South is a slightly stronger album, but I'm still waiting to hear a really clean conversion of that one. I don't love four-corner vocals, and the mix is otherwise not very adventurous and occasionally kind of screwy. But I've got a real soft spot for Papa Nez and his brand of country-pop, so I'm loving this. "Silver Moon" is a killer opening track. 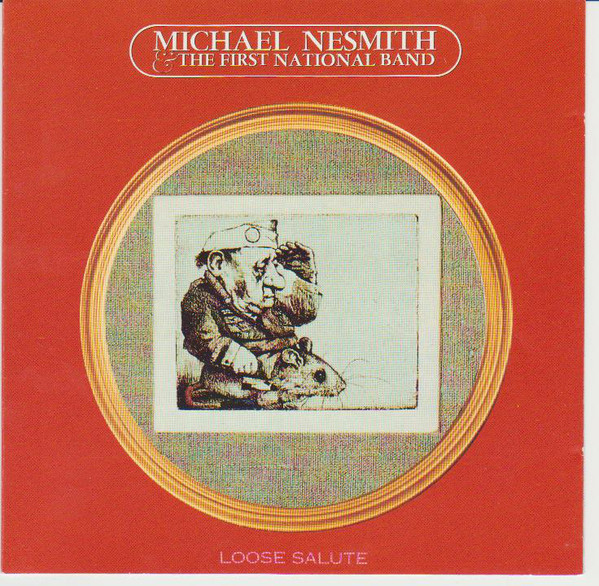 The Q8 is the only version I've heard, but I'd expect better separation.

Regarding Larry Graham, It Ain't No Fun to Me! LOL!!


humprof said:
Yeah--I have the SQ LP, but it's sort of an oddity, or at least a historical curiosity. (I found it more interesting after watching Michael Tilson Thomas's documentary on Ives and hearing about musical influences from his childhood and youth.) I think the Q8 is at least a bit more discrete?
Click to expand... 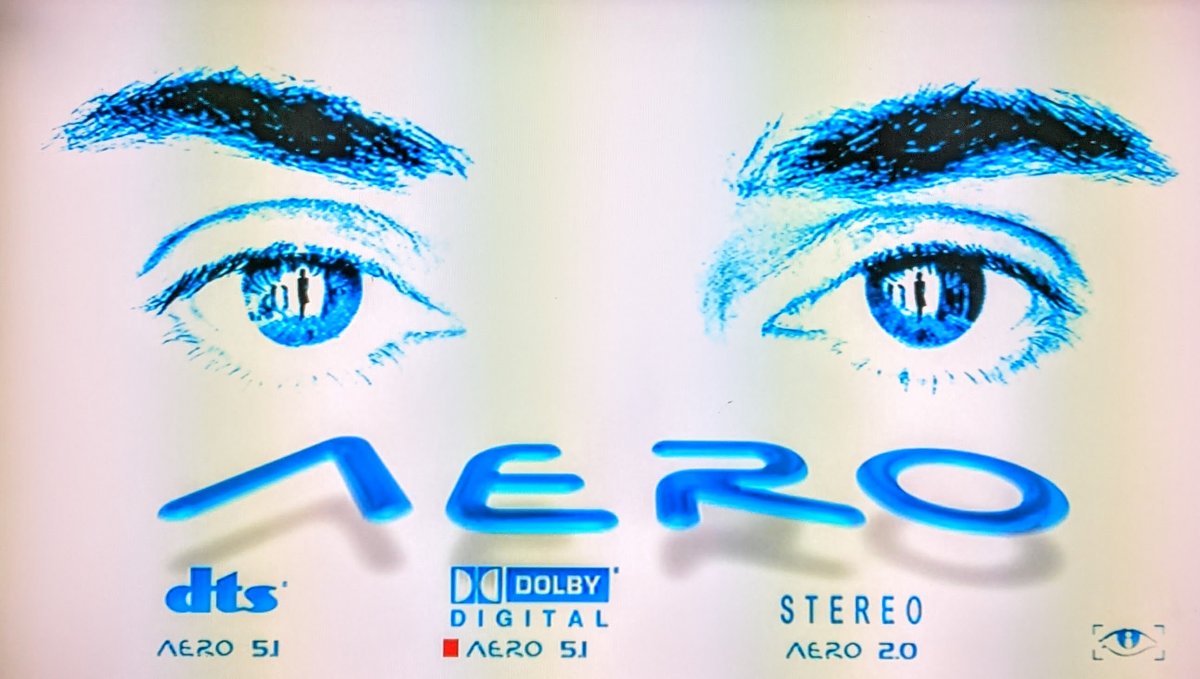 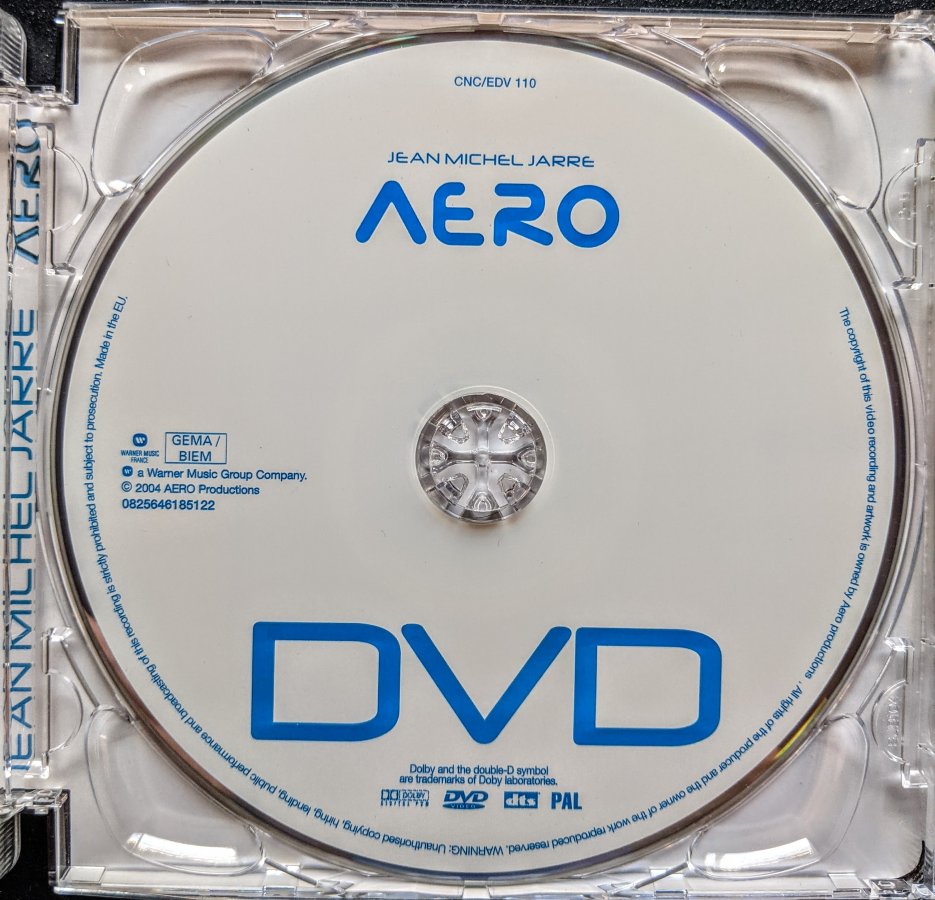 The New Birth, It's Been a Long Time (1974), in a conversion from a discrete source. Another one of those bands I only knew from their radio hit ("Wild Flower") and wouldn't have been able to identify by name. Solid mix, good second-tier soul. "Dream Some Paradise" is a strong funk closer! 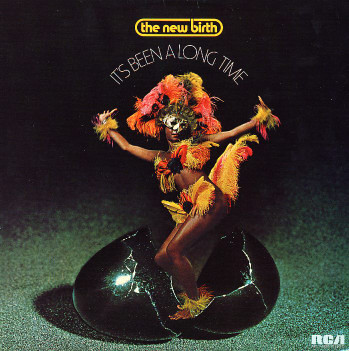 Randy Newman, Sail Away (1972) and Good Old Boys (1974). It's been too long since I've listened to these, and two new conversions from quad reel landed in my lap recently, so... There's not a single entry in Newman's discography that I don't love, and when I'm in charge of Rhino's Quadio program, these will be next in line, right behind Joni Mitchell. I expect today's culture would be even more scandalized and non-plussed by his brand of irony--for a variety of reasons--than previous generations were, though. 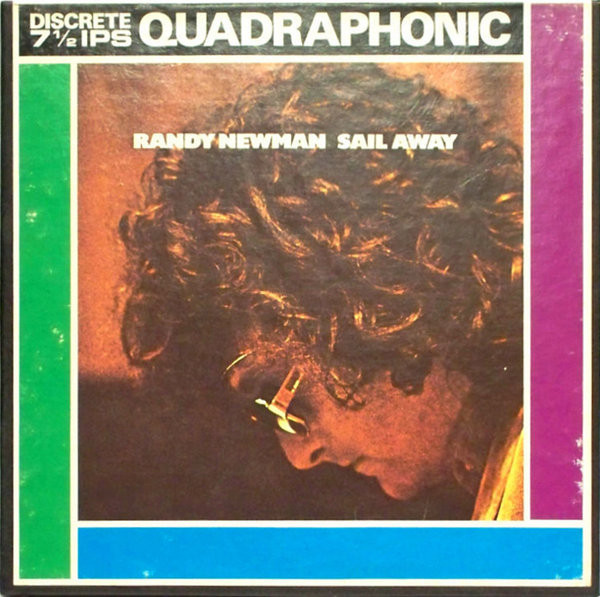 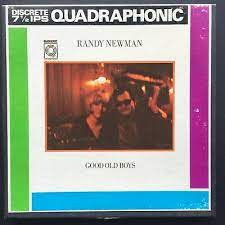 4-earredwonder said:
We've heard what RHINO/WARNER can do via the Chicago, Doobie Brothers and even the Doors Greatest Hits when released via their 192/24 PURE BD~A QUADIO releases when properly remastered from the original 15/30 ips Master Tapes. Even Neil Young's masterful 10 BD~A Archives box set [stereo, only] was revelatory of Neil's early Reprise output.

So why hasn't Rhino/Warner seen fit to lavish Joni Mitchell's astounding output in similar fashion? Instead, they keep releasing RBCDs, some HDCD encoded and in the case of BLUE, even a Japanese UHQ MQA~CD [which, BTW, sounds pretty astounding]. And the rumors and or 'whisperings' that Blue and even Ladies of the Canyon have 4.0 mixes persist and only RHINO absolutely knows what lurks in their vaults!

Isn't it time that they finally accord Ms Mitchell her proper due by finally releasing a Joni Mitchell ARCHIVE set on pristine 192/24 BD~As finally liberating all those wonderfully recorded STEREO albums, including ALL her QUADIO output in one massive box set.

We don't need a lavish hard covered book, post cards or other paraphernalia littering the set ...... because, IMO, Joni Mitchell's music is a supreme gift in and of itself!
Click to expand...

I was on line some time back and read about some of the victims that were Canadian artists at the Universal Barbeque ......and Joni Mitchell's albums that were in storage were apparently one of the major losses.
And that might very well include all of her Asylum/Geffen tapes , as her husband David Geffen stored his Geffen Records at that locale, including Asylum his former WEA label. 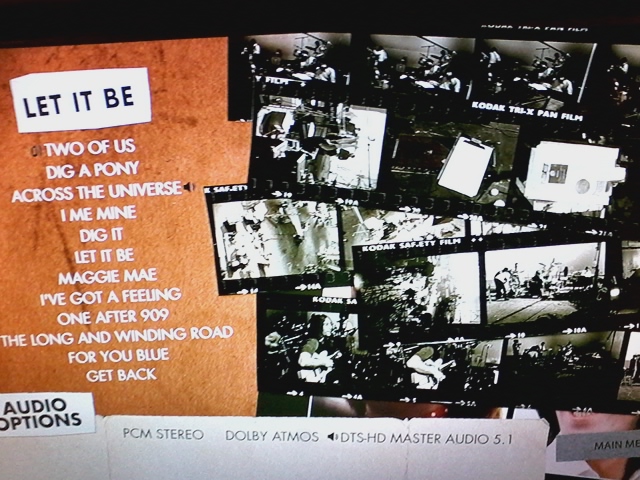 And of course what would the World be like without such historic pedestrian crossings. 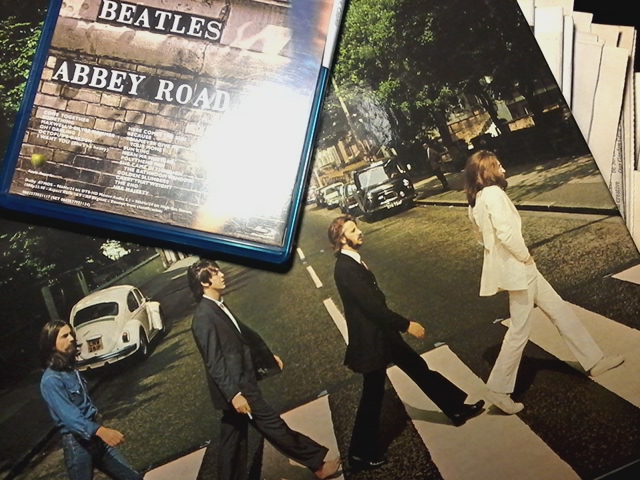 Ending the night with some more old favorites: the run of Harry Nilsson quads that RCA released between 1973 and 1976. I love the mix on Schmilsson, which is the star of the show. (I don't even mind the crazy vocal reverb on "Jump Into the Fire.") The other three are lesser lights in the Nilsson firmament, I guess, but I like 'em all, especially the last two, but even the shambolic Pussy Cats. Quad reel conversions of Schmilsson have been floating around for ages, but as far as I know the others were only released on Q8 and CD4. Maybe the recent appearance of all four in "Sony 360 RA" presages something good...

After years of sporadic success, teaming with producer Richard Perry paid off for ol' Harry: big hit album, three Top 40(and a #1)single...not bad! :banana: And RCA was nice enough to put it in Quad for us! :sun:smokin Side 1: 1. Gotta Get Up 2. Driving Along 3. Early In The Morning 4. The...
www.quadraphonicquad.com

Each Sunday, Pitchfork takes an in-depth look at a significant album from the past, and any record not in our archives is eligible. Today, we revisit the infamous 1974 album Pussy Cats, produced by John Lennon, the moment a would-be titan consigned himself to a tragic cult figure.

Please post your thoughts and comments on this RCA release from 1976, Harry Nilsson's "Sandman" album Originally available on a CD-4 Quadradisc and Q8 tape Side 1: I'll Take a Tango Something True Pretty Soon There'll Be Nothing Left for Everybody The Ivy Covered Walls Thursday Or, This...
www.quadraphonicquad.com
You must log in or register to reply here.
Share:
Facebook Twitter Reddit Pinterest Tumblr WhatsApp Email Link