Listening to this surround UPMIX

It's Planet Gong Day at my house. I just finished spinning You and Rejoice! I'm Dead!, and after hearing for myself a Tate "decode" of the supposedly stealth-SQ Shamal (seems it was an early labeling mixup that led to the speculation), I've disposed of the last shred of wishful thinking I might have had on that score. Luckily, a friend did a really convincing Penteo upmix.

I know Nick Mason produced this album, but the vibes I'm picking up are more Frippy than Floydian. (I'm also hearing a Monk quote in the middle of "Cat in Clark's Shoes.") In the end, though, it's another unique bang of the Gong... 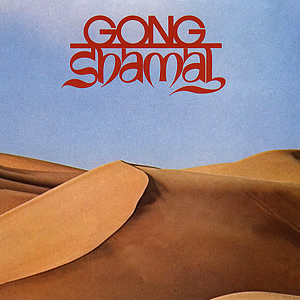 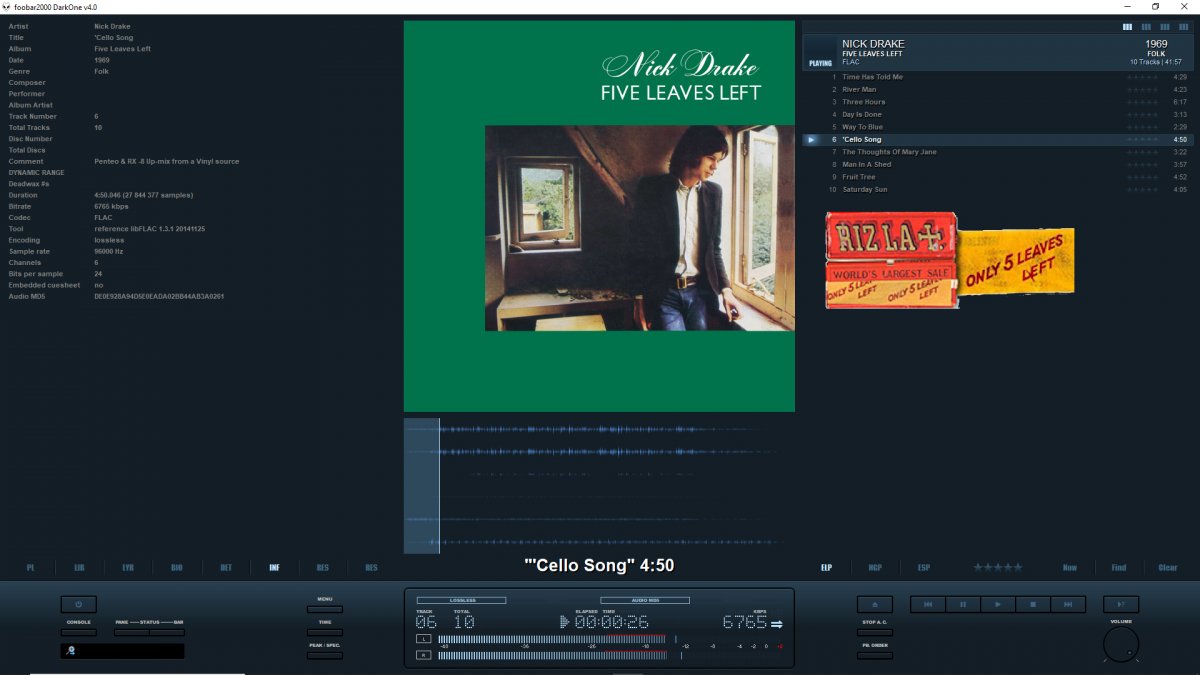 oh dang Pupster!!!
you batted this out of the ballpark, man!!!
The sparse instrumentation definitely lends itself to the upmix (congas on the right rear!)
Will listen to this from now on...this is WAY better than the SACD!

kap'n krunch said:
oh dang Pupster!!!
you batted this out of the ballpark, man!!!
The sparse instrumentation definitely lends itself to the upmix (congas on the right rear!)
Will listen to this from now on...this is WAY better than the SACD!

Seems a good friend here shared an early Nick Drake UK vinyl ('69 I believe) rip with me. And a great sounding one at that.

Here's some interesting wiki info on the recording-

Five Leaves Left was recorded between July 1968 and June 1969 at Sound Techniques in London, England. Engineer John Wood recalled that "[Drake] would track live, singing and playing along with the string section" without the use of any overdubbing. For the song "River Man", producer Joe Boyd described Drake playing on a stool in the centre of the studio while surrounded by a semi-circle of instruments. The studio's environment was also an important factor as it had multiple levels to it which enabled the creation of interesting sounds and atmospheres.[1][3]

I really didn't have to do a ton of work on this; a fairly typical Penteo 4.1 up-mix with an iZotope RX-8 extracted vocal stem for the Center. I also like how a lot of the wonderful orchestration gets placed across the rears. And on "Saturday Sun" the vibraphone spread across the left side. And of course the conga was really discrete sounding in the right rear. Pianos appear primarily in the left rear. Richard Thompson's electric guitar in the Rear Right on "Time Has Told Me."

I was a little conflicted by the heavy bass sound, and I had to make a decision on how much to bring out in the mix. After some reading it appears to be a double bass and I believe an integral part of the overall sound/arrangement of the songs. Some of the higher notes appear in the fronts for some nice texture, but the lower notes are slightly boomy (probably just the recording quality for the time. So I decided to leave it fairly prominently present.

The live guitar work really demonstrates the marvelous talent that Drake was. And to pass from an overdose at a young age of 26 is a true tragedy.