Please post your thoughts and comments on this 2019 reissue of Marillion's album "Afraid of Sunlight".
Originally released in 1995, this album has been expanded to a 4CD/Blu-Ray deluxe set with a brand new 5.1 surround mix from the band's long time mixing engineer Michael Hunter. 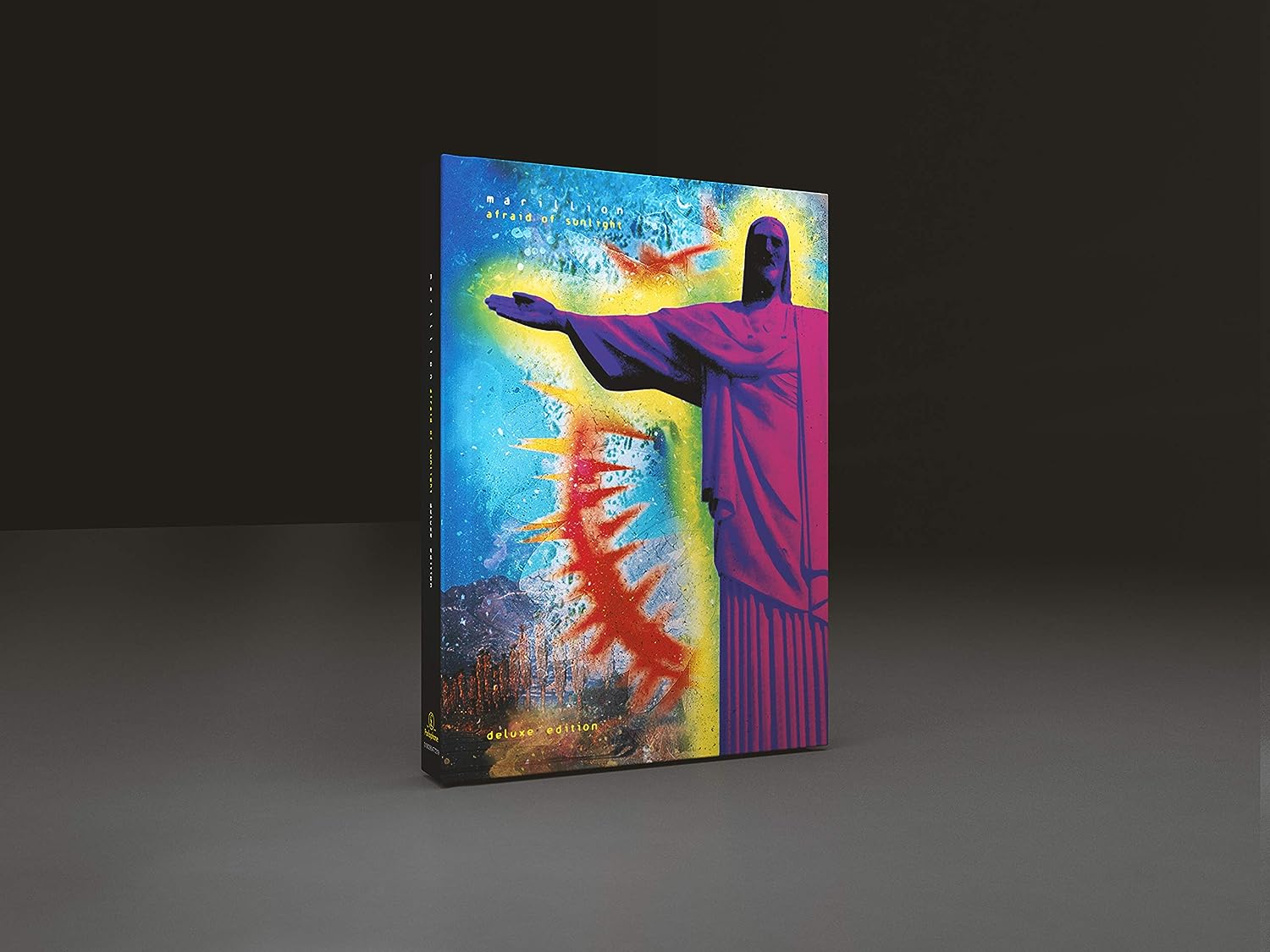 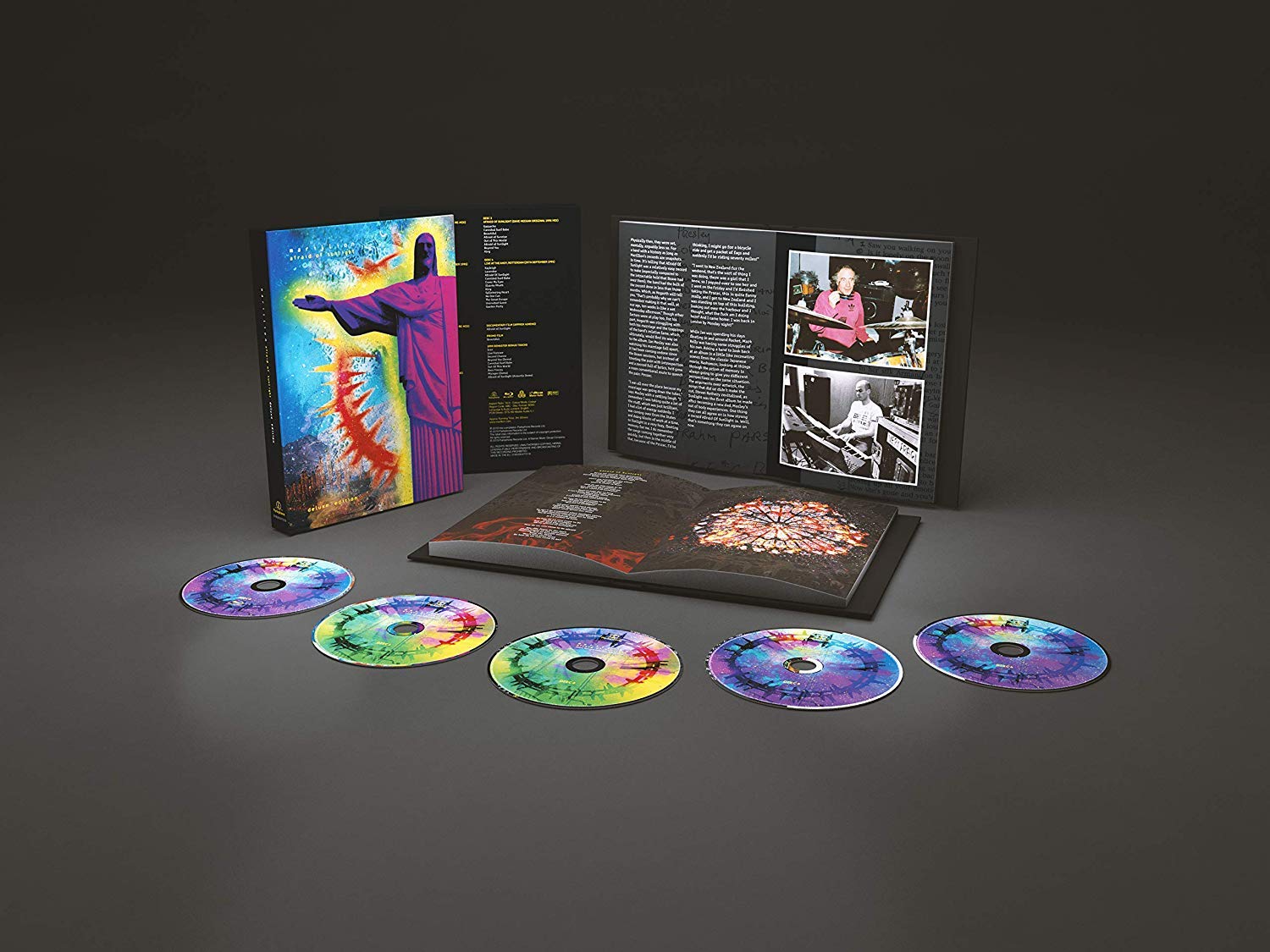 I'm going to go with 9 on this one.
Plenty discrete, for me, though could be better. Engaging and enjoyable.
Review video:

Great follow-up to Brave - it's less involving and a bit more accessible, but still contains quite powerful/emotional lyrics and themes. Admittedly, I don't love every song ("Beautiful" is where the album really starts for me at the moment). My favorite track would have to be "Out Of This World", and it sounds just fantastic here.

I haven't been listening to the album long enough to point out any obvious changes/revisionism in the remix, but the first thing that jumped out at me was the improved tonal balance. I've been streaming the '98 remaster for the last few weeks and found it to be kind of bright - this new mix definitely has more low end to my ears (though the chorus in "Beyond You" still seems rather bright). The ending ramp-up in "King" is still tough to listen to, but I think that was an intentional production choice.

I'd never heard any of Michael Hunter's surround work before, so I didn't really know what to expect going into the surround mix. It's solid, but maybe a bit conservative for my tastes - the rears generally feature keys, backing vocals, and samples. As with Brave, it's a thrill to hear Hogarth's voice so forcefully isolated in the center channel. There were a few moments where I thought the rear channel information seemed a bit buried (backing vocals in "Beautiful"), but you definitely don't have to strain yourself to hear that it's a genuine surround mix. Just don't go in expecting something like Steven Wilson's 5.1 mix of Brave.

The final track, "King", is definitely the highlight of the surround mix. It starts with the guitar in front and synth in the rear, and the news samples are all over the room just as I'd hoped. There's a really cool moment about midway through the song ("message of love...") where everything cuts to black except for the keyboard in the rears and the lead vocal in the center channel.

"Out Of This World":

Interesting as I lost what little interest I had in Marillion when Fish left.
I am now thinking thanks to these excellent reissues that the Hogarth era where Marillion really stepped up originally my loss.
The surround mx is quite engaging and suits the music well there are bits here and there where I think something more interesting could have happened, but on the whole I am very happy to have this not a 10 for the mix but the music is great, thinking a 9 would be fair just for the quality of the music and the extras

rusinurbe said:
Interesting as I lost what little interest I had in Marillion when Fish left.
I am now thinking thanks to these excellent reissues that the Hogarth era where Marillion really stepped up originally my loss.
Click to expand...

Do you have Brave?

edisonbaggins said:
Do you have Brave?
Click to expand...

I've only played it once and need at least one more play before giving a final vote as this is a new album for me (as is almost all the Marillion stuff). I quite enjoyed the album, good music and a pretty decent 5.1 mix. Perhaps it could be a little more adventurous...but maybe after that XTC Dukes set everything just sounds tame heheh.
M

I give this an 8. I really like this album, especially coming off the heels of Brave just a year later (which has always been one of my favourite Marillion albums). Sonically, musically and lyrically a very different album - much more candid and stripped down, really baring everything. I think this is a good mix of the album, with some weird little sound issues throughout. For example, the bass gets a bit lost at times, and sometimes it sounds like some transitions are just... altered? Don't know how to explain it, it's like there is some weird volume changes of certain parts of the mix that weren't present in the original. Overall I do like this mix for the surround, and I'm not sure I would replace the original mix for stereo. This mix and Brave have actually given me a newfound appreciation for Dave Meegan. Like I said a the beginning, these albums are so different in every way and I think he really succeeded in relaying their individual visions.

I also found it a bit strange that 'Beyond You' was mixed in stereo on the stereo remix rather than in mono. I don't think it's a bad change. It almost sounds like most of it is still in mono, with some stereo flourishes to flesh it out.
M

I wanted to add, I am really liking Michael Hunter's remixes of live performances that have been included in each deluxe edition. They really sound studio quality.

I'm giving this one a 8. Knocking a couple of points as I think the mix could of been a bit more adventurous.

Surround 8 (2.4)
Not an adventurous mix by any means but certainly has discrete elements and comes at you from every angle as it should.

Audio 8.5 (2.55)
I think that it sounds great. I can hear every instrument and it sounds good no matter the volume.

Content 8.5 (2.55)
Certainly an accessible album with a bit of variety in style. I like it and will certainly return to it again.

Package 10 (1)
Great package, content and value. It is the best between the XTC Releases (BR, ton o extras) and Jethro Tull (package size, contents) and I wish everyone did it this way ... looking at you Beatles and Floyd.

Seems I've been giving a lot of 8s lately but I'm going to have to continue that here. Like the other Marillion boxes I've acquired in the past year I'd never heard the album before so I feel I've got to review both the 5.1 mix and the music. As for the mix - it's okay but doesn't blow me away. I've been listening to a lot of what we call here 'conservative' 5.1 mixes lately. They're fine I suppose, and still preferable to regular two-channel stereo, but hardly discs I'd use to show off my rig if you know what I mean. The music is fine as well, but having never heard a Hogarth-era Marillion album I was expecting tunes with more bite to them, more forward momentum rather than the ballads-heavy offering we have here. I'm sure it'll grow on me though and I've already ordered Brave so a review of that one is next.
You must log in or register to reply here.
Share:
Facebook Twitter Reddit Pinterest Tumblr WhatsApp Email Link