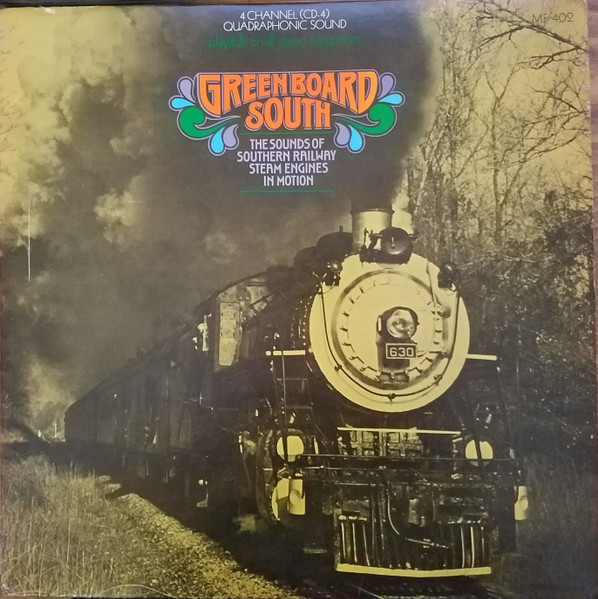 View credits, reviews, tracks and shop for the 1972 Vinyl release of "Greenboard South - The Sounds Of Southern Railway Steam Engines In Motion" on Discogs.

I do know Brad Miller went with CD-4 right away. He was a big advocate of discrete.

The album itself may have come out in 1972 which is also the year they had to start marking phonographic copyright markings ℗. I would imagine, since those on the inside were aware Warner Group was going to be utilizing the CD-4 format, they'd probably started gearing up and producing records to be ON SALE as of the announcement in January, 1973. The decision had probably been made months prior, it just simply had not been known to the public until that time.

Thinking back about seeing this album at the record store, my revised memory was that it was a WEA group title, but seeing the discogs entry, I remembered that there wasn't any WEA group info on the album cover.

Companies backing CD-4 seemed very interested in promoting that more record companies were choosing CD-4, I'm just a little surprised that there wasn't any official announcement that MoFi Productions (apparently not associated with the WEA group until sometime in 1973) had selected CD-4.

I'd bet it was Brad Miller's Soundbird label .

Sure, that's the label all of brad Miller's productions were on until WEA bought the rights.

Doug
You must log in or register to reply here.

QS and the WEA Group