Wikipedia said:
For the album's 20th anniversary, Muse announced a remixed and remastered version, Origin of Symmetry: XX Anniversary RemiXX, due for digital release on 18 June 2021 and on vinyl on 9 July. A collaboration with producer Rich Costey, who has worked on several previous Muse albums, it features a "more open, dynamic and less crushed sound" compared to the original release. The new mixes also highlight elements that were originally buried or muted in the mix, such as string sections on "Space Dementia", "Citizen Erased" and "Megalomania", and a harpsichord on "Micro Cuts". The album features new album artwork by Sujin Kim.
Click to expand...

Anyone else a fan? They've released the new mix of "Citizen Erased" on streaming. The new sound is great, IMHO. The early Muse albums really needed this treatment. I hope they do some sort of boxed set with a Dolby Atmos mix of Origin of Symmetry, among other things (like a CD release). I also hope they do the same thing with their third album, Absolution. It has the same issues with the sound as this album, possibly more crushed.

Strilo said:
Anyone else a fan?
Click to expand...

Yeah, I'm a fan. I'd love to hear some of their albums given the MC treatment.
This is one of the bands that I can't believe didn't catch on more than they did in the US. I think a lot of people would like them if they gave them a listen. Young people won't listen to classic rock sounding bands and older people won't check out younger bands that play classic rock sounding music.

I will be glad to buy this new mix when they release it on disc. I won't be streaming anything.

When I read about this rerelease I was expecting a Dolby Atmos mix, unfortunately not the case. The stereo mix that got released (Citizen erased?) sounded a good refresh

I will stream it until they release it on disc. And I will hope for a Dolby Atmos mix somewhere, preferably also on disc.

They just released the second track from this remix release: Megalomania. From their post: "We took a slighly different approach with this mix, it's very phonic and raw. This is definitely one of the tracks that changed the most." I've always loved the organ on this track and it's still very much present and sounds great. 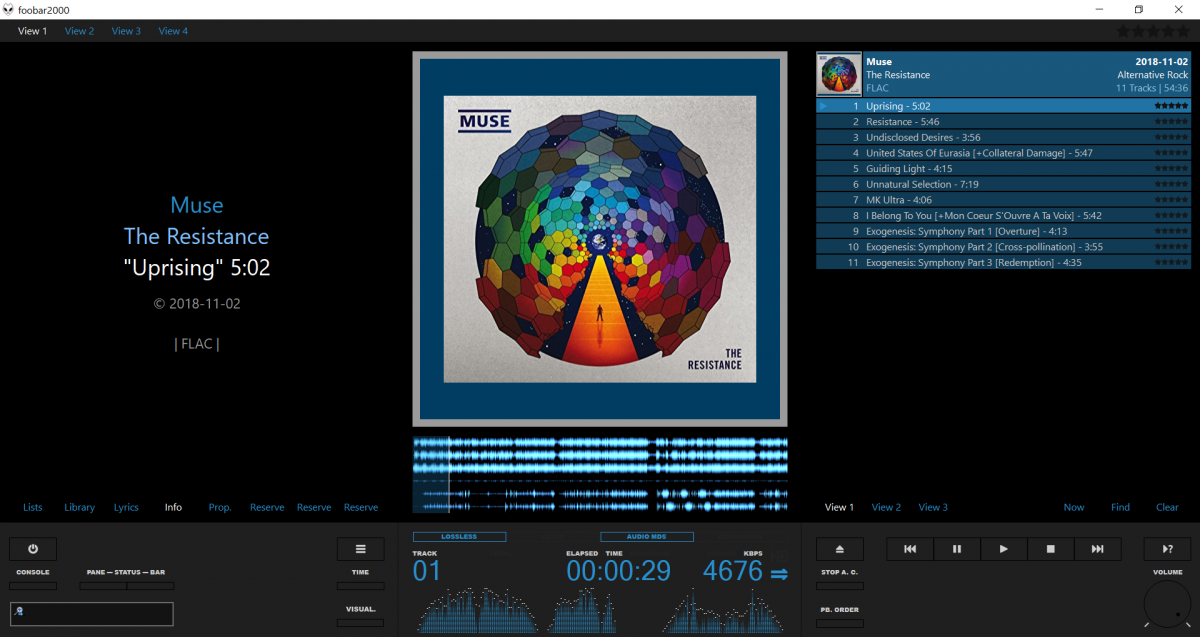 I wish they had more in surround than just The Resistance. Their music would work really well in surround.

So, every remixed tracks are on the Tube now. Still no CD release. But of course there are vinyls aplenty (the current obsession over vinyl pisses me to no end)