NOTE: 5.0.0 and all future updates requires the Microsoft .NET 5 runtime to be installed on your PC. This must be installed prior to installing/running MMH 5.

Music Media Helper 5 now includes new features, components and fixes over previous MMH 4.2 versions. This is recompiled to use .NET 5 (faster) and is the code base being used to create a MacOS version of MMH. I will no longer be updating/supporting MMH version 4.

Or go through this Microsoft web page here (Download the .NET Desktop Runtime 5.0.10 x64 same link as above):

.NET 5.0 downloads for Linux, macOS, and Windows. .NET is a free, cross-platform, open-source developer platform for building many different types of applications.

There is also link to download .NET 5 on the following Music Media Helper 5 installer web page:

(The PDF Table of Contents hyperlinks to the selected Title)

I've just finished my next version of the Music Media Helper app I originally posted here on QQ early this year.

The app will help anyone that plays Music Concert Videos and Audio via a Media Player, a AVR, Oppo or their PC. It's particularly useful if you use Kodi (media centre software) but most of the Tools provided will be useful for anyone here using file based playback or those wanting to move to file based playback.

Since it really just a collection of useful tools its start screen just shows the Tools (Feature) Launcher: (Updated: The version 3.0 now supports different skins/colors - this is the new default and adds MKV (from Blu-ray-Audio) to FLAC conversion with album tagging and a new Remix Audio tool for channel remixing including 7.1 to 5.1 conversion) 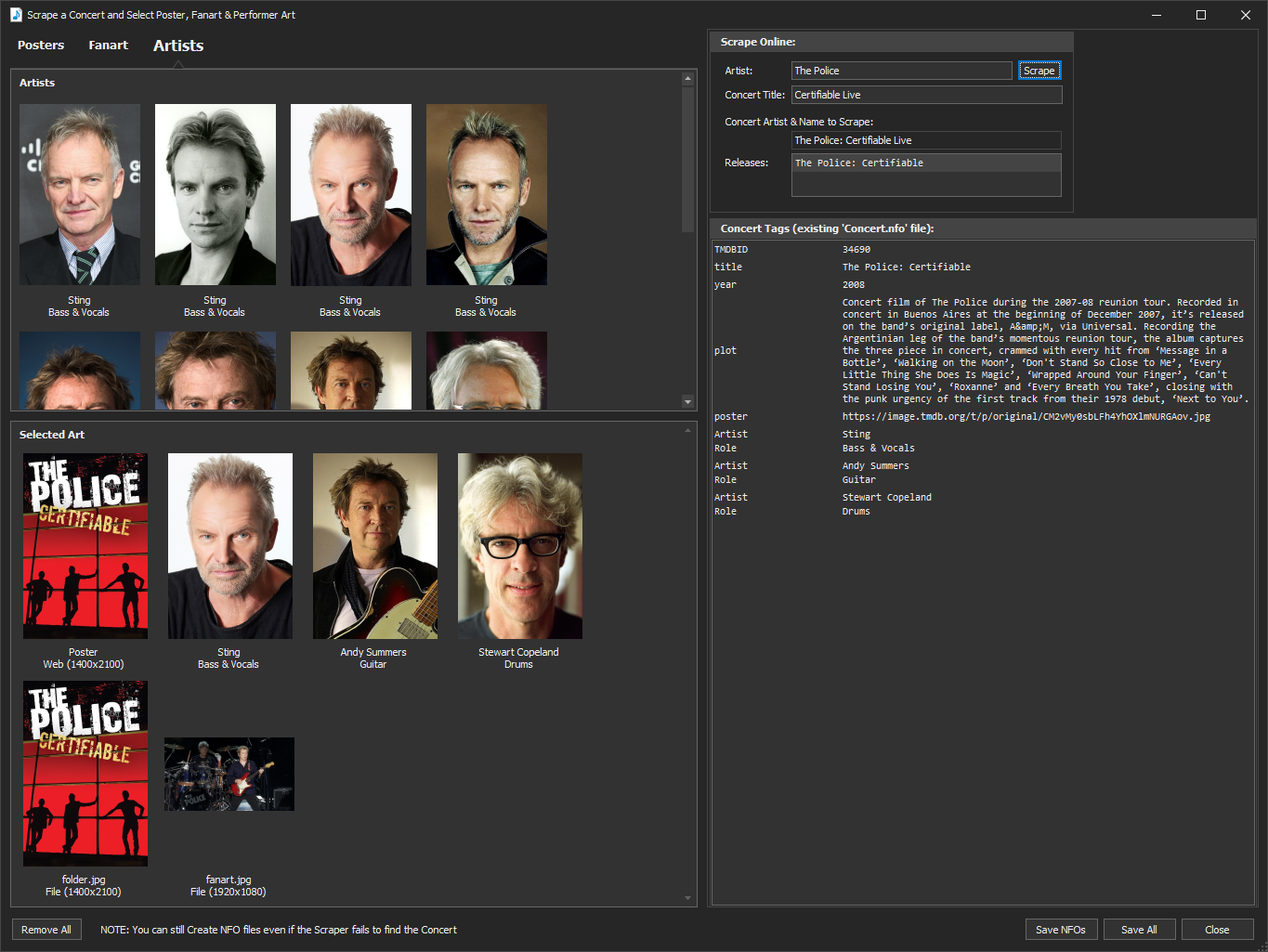 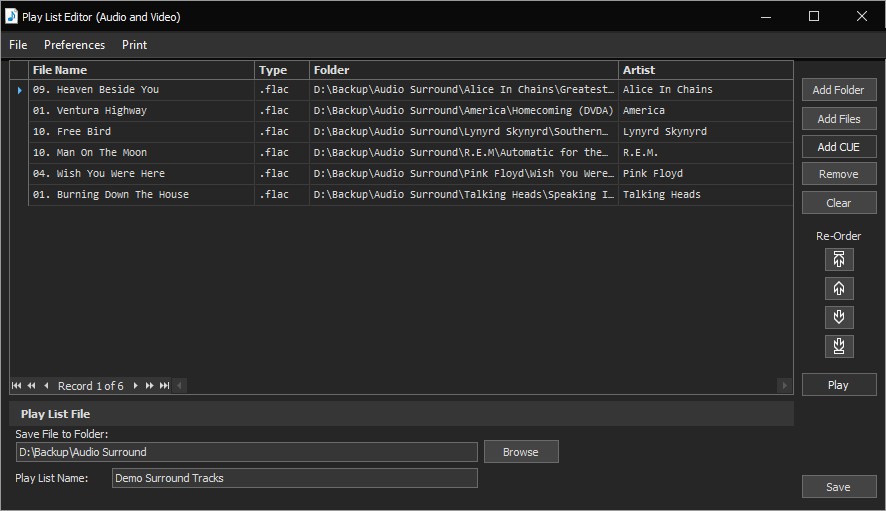 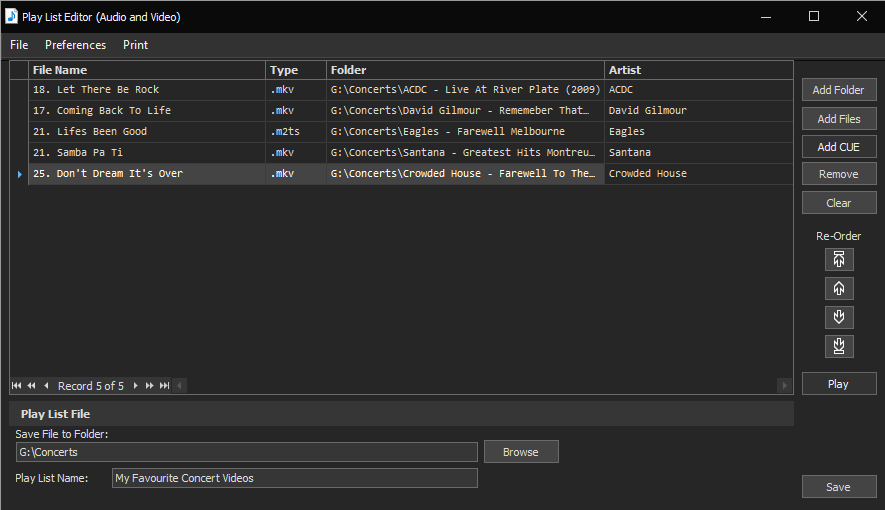 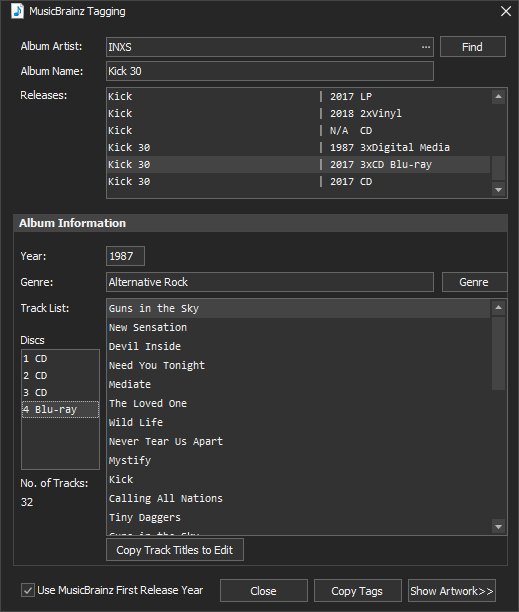 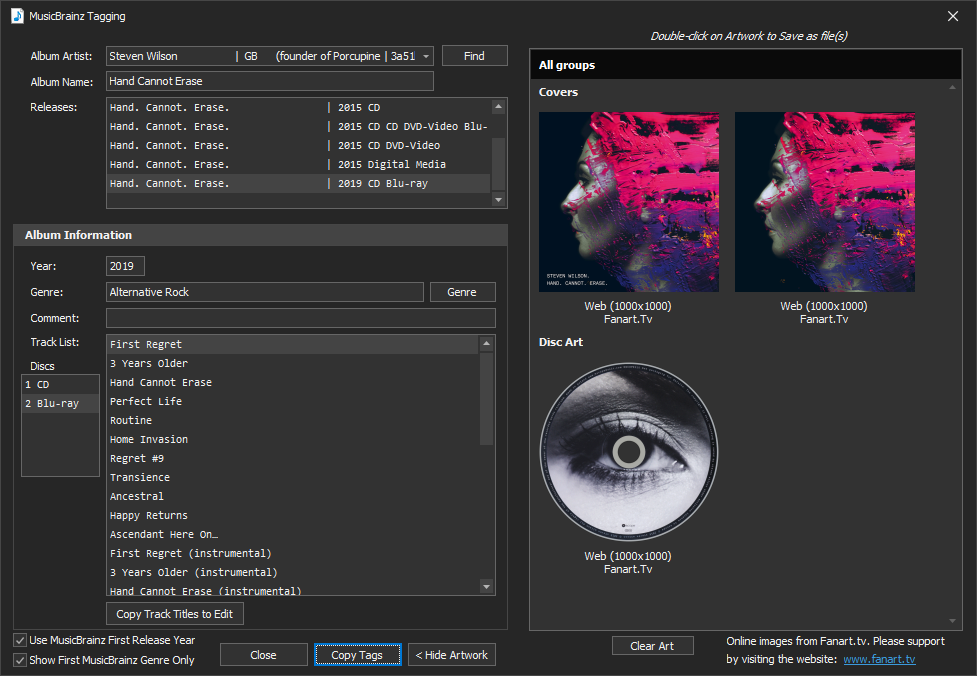 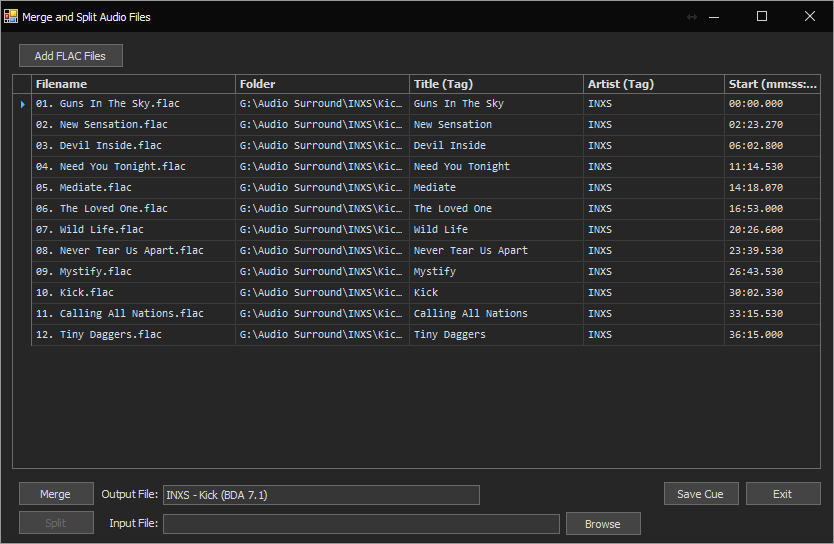 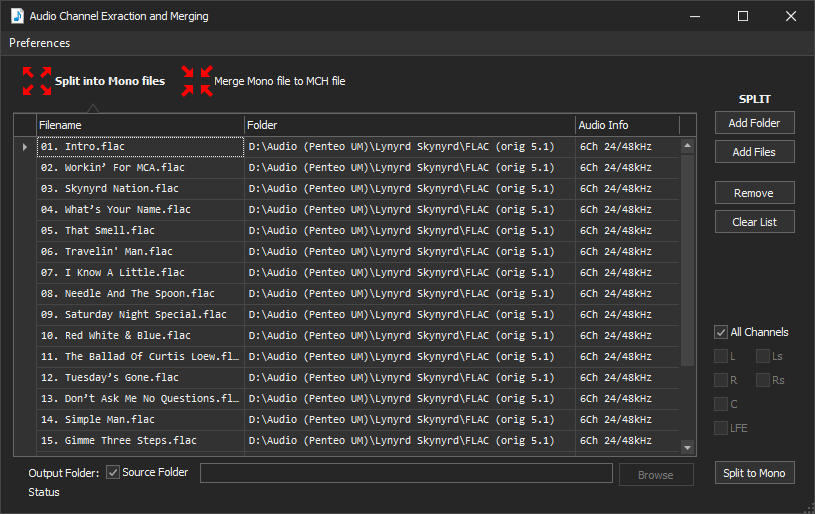 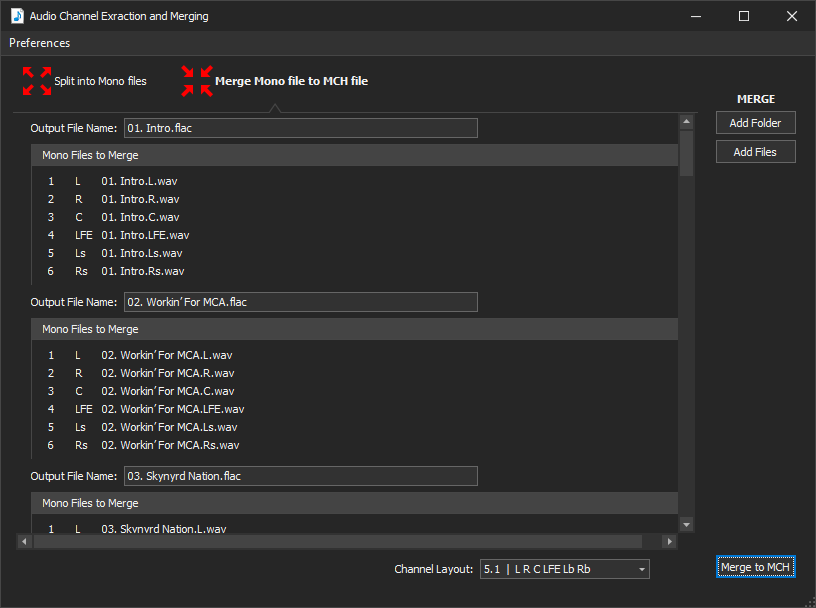 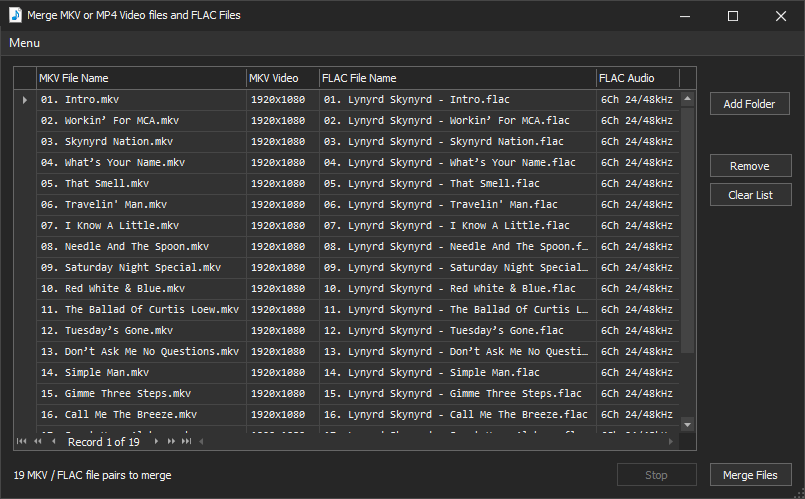 Requirements:
Runs on Windows Only
Requires Microsoft .NET 5 Desktop Runtime (x64). (which should already be installed on most Windows 10, 8 and 7). If not it should auto install during the web based MMH install. Or you can pre-install from this Microsoft link:

WOW! You are mega talented. If I had a payroll, I'd put you on it to manufacture helper programs to do all the stuff that I don't know how...
Again, WOW!

If anyone wants to see the docs for the first beta version they're on this: (Updated: Now Current Docs):

- Added a new tool to add chapters to MKV files that don't have chapters, including using text data for chapters from chapter do.org (allows them to by split with this app)

- Fixed a few bugs and tidied up the UI where required.

Those with the beta download link can resuse to download latest version. I also updated the PDF info (in previous link above)

Could a moderator kindly change this to a sticky? Thanks in advance!

Could a moderator kindly change this to a sticky? Thanks in advance!
Click to expand...

- Added new Checkbox Option in the Media File Manager to generate a CSV file of every media file (song tracks) for Music (Audio only) and Music Video with codec info
- A few performance improvements when scanning media files and copying/deleting files.
- Fixed bug when Copying TV Series seasons
- Fixed bug for non-tagged audio files
- If no 'Album Artist' tag use 'Artist' tag
- Always add 'Artist' to playlists songs if the playlist contains multiple artists
- If files are not tagged attempt to get Artist from the folder structure (for audio: \ARTIST\ALBUM\files for music video: \ARTIST - ALBUM\files)

For the beta testers, please use your previous download link (Just copy the new files over existing files)

Looking forward to messing around with this tool set this weekend. What an asset we have in Garry on this forum.

I've added splitting of MKV and extraction of audio to FLAC including lossless DTS-HDMA at 96/24 with added feature of grabbing the album track information from the MusicBrainz online database to tag the flac files without any data entry (if the album is found, otherwise you can manually edit or copy a track list from the clipboard, all track titles at once).

Additionally, if there is a jpg file named 'folder.jpg' in the same folder as the source MKV it gets tagged into each FLAC as the album cover automatically.

I did a test today on a 47 minute MKV (from a BDA) and all the DTS-HDMA tracks were extracted to 96/24 FLACs and tagged in 2:37. The same MKV with AudioMuxer took 3:37 (without any tags being edited just split extracted to FLAC), probably an additional couple of minutes to enter tag info at a guess.

I still have another couple of code tweaks and some final testing and looking for beta testers. Please PM me and I'll provide a download link (Windows only).

Its time I gave this a software a spin. As I've been ripping MC audio for months now I've also stockpiled a lot of the available videos from the various DVDA/V/BRD disks. Its time to organize them now that only new acquisitions need to be ripped.

Homer, thanks so much.

PM sent for the link

Just doing final testing on the DTS-HDMA Conversion to FLAC and will send links to the download to those members that have PM'ed me within 24hrs:

Here's a screenshot of the new 'Split MKV to Audio' tool with these features: 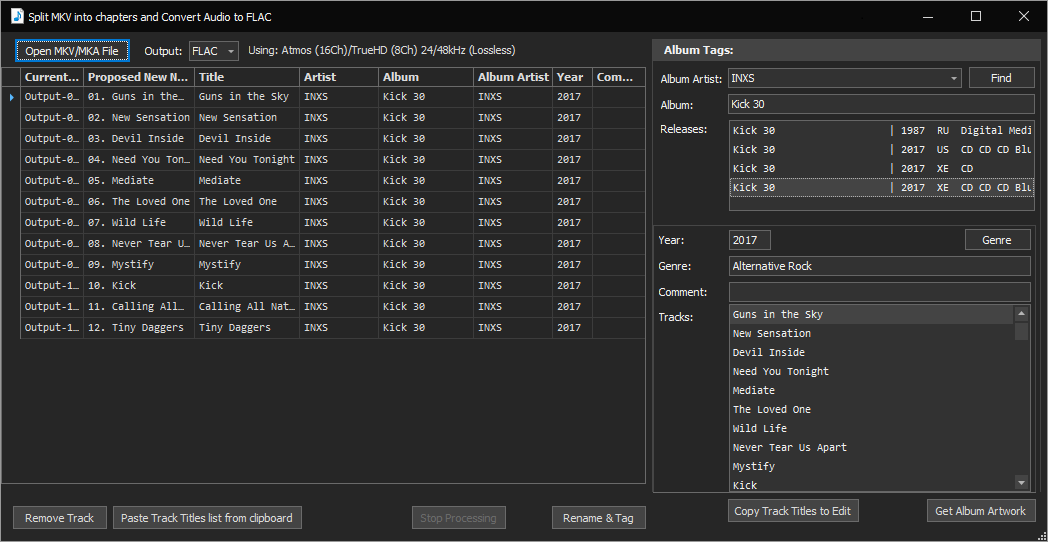 Edit: In the example above I named the MKV file: INXS - Kick.mkv and Music Media Helper auto populated the Album Artist and Album text boxes then automatically searched MusicBrainz for the album filling in all other text boxes. As the MKV was being split into chapters and converted to FLAC it automatically filled in the grid with proposed file name and tags based on the MusicBrainz data. Everything you see above was done automatically after I selected the MKV file (no manual data entry except renaming the MKV file before running MMH).

Workflow: First convert your BDA or DVDV disc to an MKV file (e.g. MakeMKV) selecting your audio track(s) you want to convert to FLAC, then run the MMH App and use the Convert MKV to FLAC tool (above)

Questions: This could also convert to WAV format. Does anyone need WAV?
I've read FFmpeg used by MMH also supports encoding to MLP. Is that something QQ'ers would use?
Last edited: Jan 27, 2019

Thanks HomerJAU! Looking forward to Mac release, and being a local giuy put my hand up for testing on this platform when ready.

woody said:
Thanks HomerJAU! Looking forward to Mac release, and being a local giuy put my hand up for testing on this platform when ready.
Click to expand...

What specific features/tools in Music Media Helper would you want on Mac? (Order of preference and I'll take a look at the technicalities).

The 'audio tools' looks like a massive timesaver. Also the ability to scrape 'fan art' .

I am yet to receive my Raspberry Pi in the mail for my Kodi set-up..

My request therefore is somewhat uninitiated in context.

This looks brilliant, takes all the hassle out of backing up those precious discs. I'll download it once I'm back in the UK.

BTW I'll be going to FLAC, as works well for me.

Music Media Helper 3.0 is now available for general use:

This requires the Microsoft .NET 4.6 which should be installed already on your Windows PC if you have been accepting updates (Windows 7 SP 1 minimum).

To install just create a new folder on your desktop, unzip/copy zip contents to the new folder. Double-click on 'Music Media Helper.exe' to run

There's a guy over on the Hoffman board who's posted his recipe for his favorite flavor of Foobar2000. And all these scripts, decoder programs, video and editing homemade brews over here.

Geez, if I spent all day downloading all of these to try and make my projects easier...I wouldn't have any time to DO any of them. I'd just fritter my free time away trying to set all of these up.

Thanks again for all the heavy lifting, Gary.

Decided to take the plunge after following your thread for a while.
I'm not a tecky, but I will try to struggle through the best I can.
Thank you. Your hard work is appreciated!