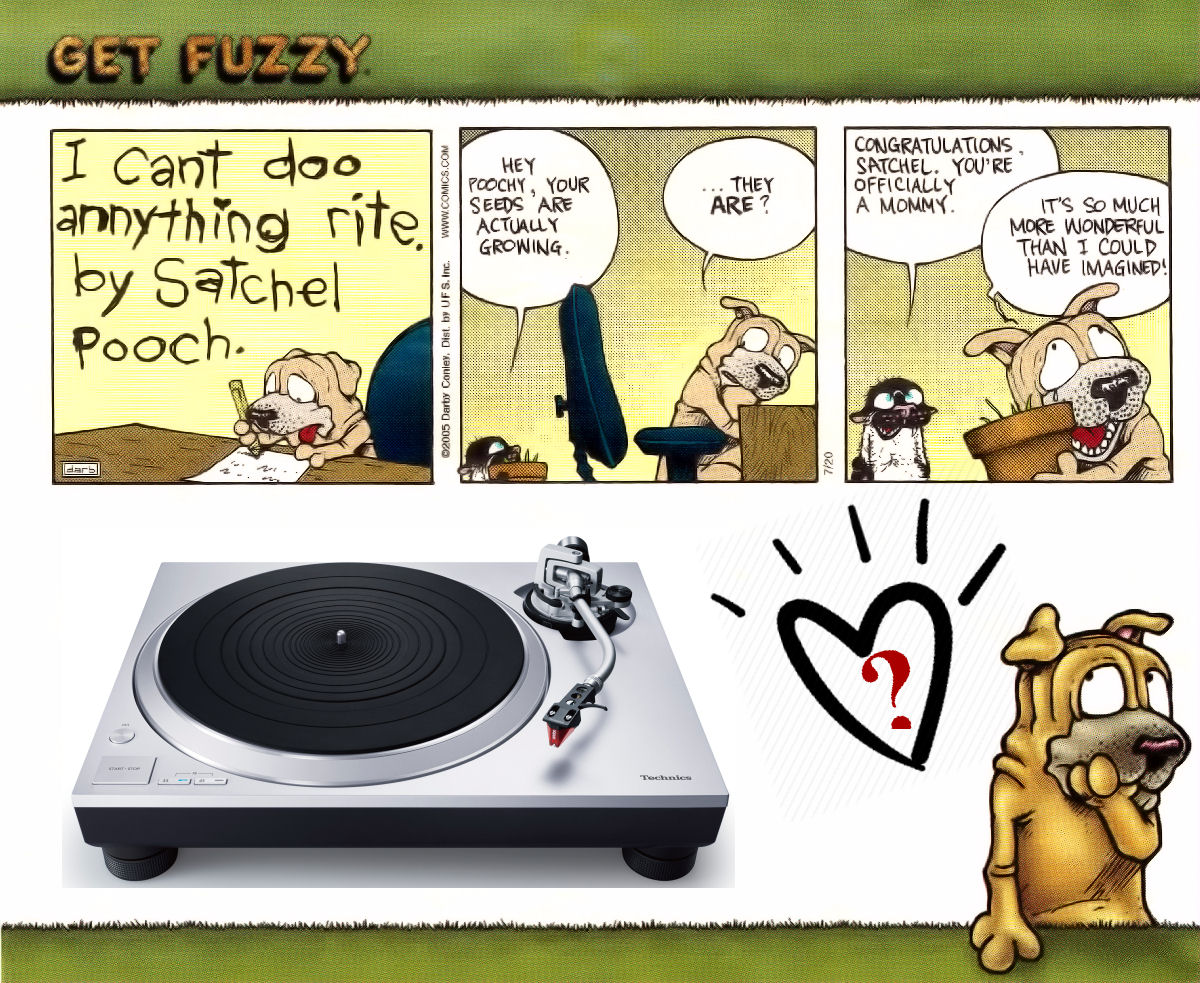 you've got ye olde vintage models and then there's the new jobby.. and if you're going the CD-4 route down the line you probably won't need/want the new one with built-in preamp

J. PUPSTER said:
Hey @atrocity, have you ever done business with the shop here in town called "Turntables Unlimited"; I bought my pre-amp there decades ago but I've seen mixed reviews online about that place?
Click to expand...

We may have a similar history! I bought my first pair of Sony MDR-V6 headphones there circa 1986. At the time it was a fairly mainstream store of its type with lots and lots of new stock. I was last there several years ago and it appears to now be a one-person shop that's maybe run as something of a hobby. Lots of genuinely old stuff that I guess the owner has repaired. I was there asking about a 78 stylus for my Stanton cartridge and he said something along the lines of being able to find me something that would work. Sounded like he wanted to sell a knockoff/generic and I'd already had issues with something similar in years past, so I declined. I did wind up buying a pretty cheap Shure stereo/LP cartridge and headshell to use on my 78 turntable, but haven't done much with it.

He was a nice guy who clearly enjoyed what he was doing and all that, but I haven't had any reason or desire to go back. I don't mean that in a negative way at all, though. I'm happy with the service I just got on two different turntables from Delta Breeze, but I wouldn't be surprised if Turntables Unlimited could have helped as well.

The original store goes way back to at least the 1970s, I think. I'm pretty sure they used to advertise on KFBK-FM when they were still a classical station. Or maybe I've confused KFBK with the original KZAP. Or maybe they advertised on both.

The one I'm sure I used to hear about on KFBK all the time was Stereo Showcase (Fulton at El Camino), but they've been gone for a long, long time.

The most interesting thing I can remember seeing during my last T.U. visit was an old turntable that was clearly designed to accommodate 16" records.

And the adventure continues... who says this hobby isn't exciting 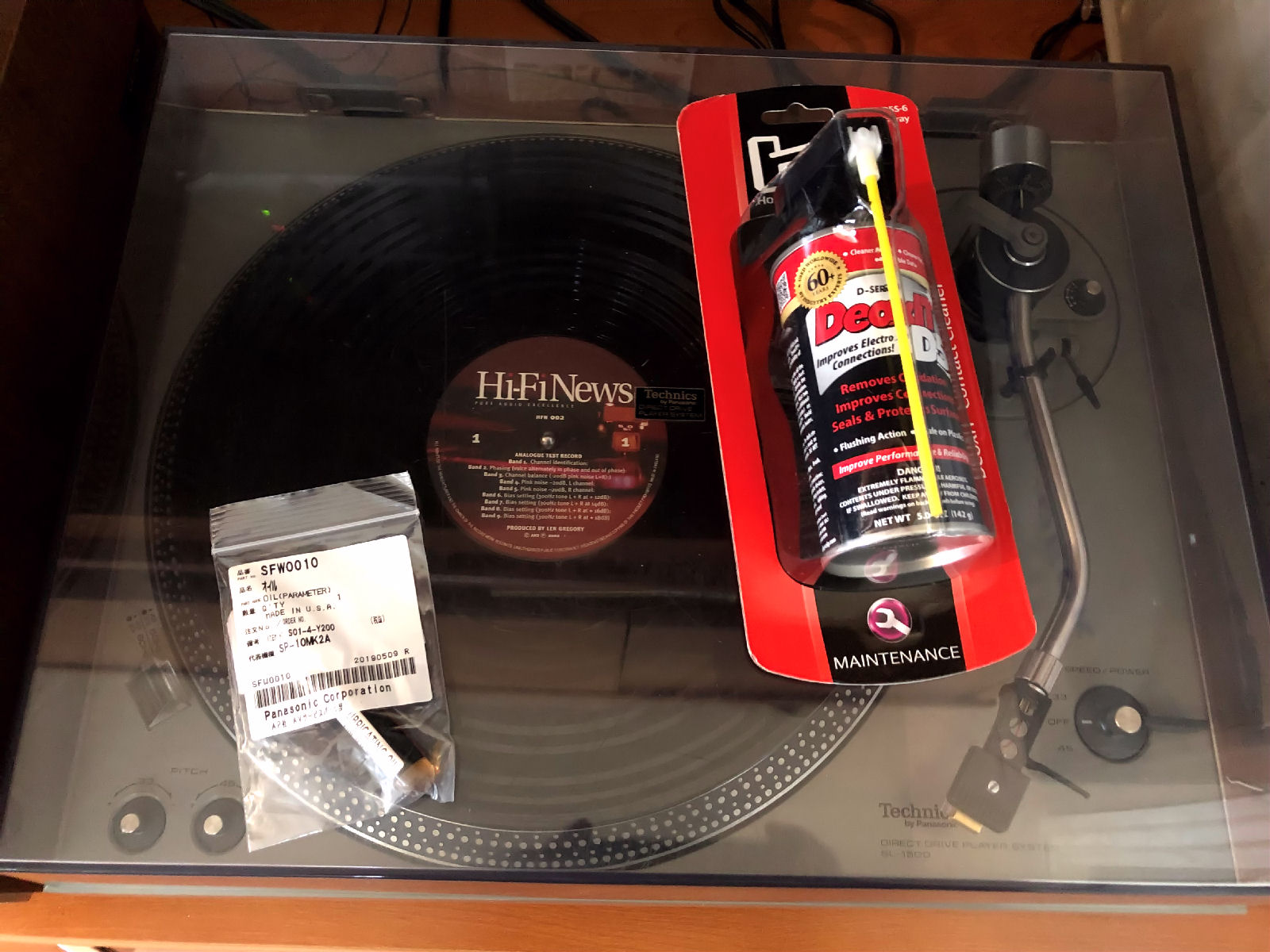 J. PUPSTER said:
And the adventure continues... who says this hobby isn't exciting

Wow and with official Panasonic oil !
Have you had a chance for a real listening session yet?

Sonik Wiz said:
Wow and with official Panasonic oil !
Have you had a chance for a real listening session yet?
Click to expand...

Nope, still working through some issues, but I'll document more as I go forward.

After cleaning out the speed adjustment controls (variable resistors) and lubing the motor shaft; I installed a new AT440Mlb cart and with the excellent guidance of @fredblue purchased a Hi-Fi News test record. This thing is a real torture test on your set up apparently.
Made more adjustments today and I believe I've scored a Touch down

. Adjusted the left to right angle of the cart back the opposite way it was (just visually didn't look straight with the arm to me. Also with much trial and error got the VTF and AS set to keep the dreaded side 1 Bands 8 & 9 buzzing away.

Now I just have to decide what my first QS/SQ LP to try will be for some real world testing with the SMv2 . 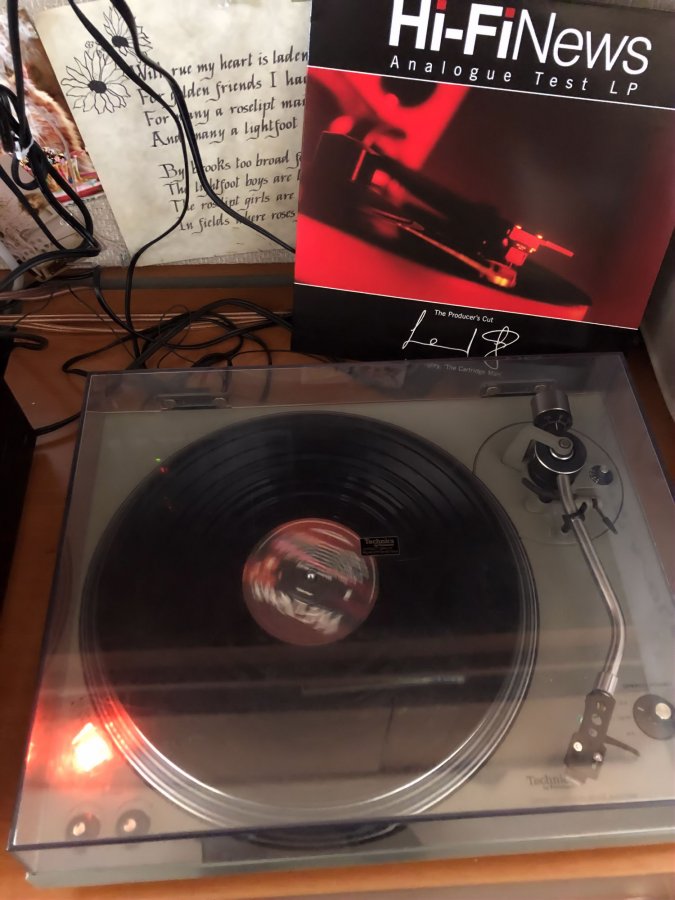