Brett Morgen is directing the film that is near completion and will feature Bowie’s own narration. Neon will release “Moonage Daydream” domestically, while Universal Pictures Content Group will release the film internationally, and HBO Documentary Films has North American rights for streaming and cable in spring 2023.
The film was designed from conception as a unique cinematic experience and will also be released in IMAX in select markets. The film will also be released in partnership with Public Road Productions, BMG, Live Nation Productions, and HBO Documentary Films.

“Moonage Daydream” illuminates the life and genius of David Bowie with a project that shows how Bowie himself worked across several disciplines, not just music and film but also dance, painting, sculpture, video and audio collage, screenwriting, acting, and live theatre. The film reveals the celebrated icon through his own voice and features 48 musical tracks, mixed from their original stems.

Morgen was granted access to Bowie’s archives by his estate in 2017 and presented him with master recordings as well as never-before-seen 35mm and 16mm reels of never-before-seen performances, all of which will appear on screen for the first time. In addition, all music in the film has been remixed from the original stems into Dolby Atmos, 12.0, 5.0, and 7.1/5.1.

The title “Moonage Daydream” references David Bowie’s eponymous song from the influential 1972 album “The Rise and Fall of Ziggy Stardust and the Spiders from Mars,” which introduced the world to his iconic, gender-bending, and groundbreaking stage persona, Ziggy Stardust.

I hope all 48 tracks (Atmos) get released in full without voice overs on a BD release. I’d fork out $200 to get that on disc(s).

Are you reading this Public Road Productions, BMG, Live Nation Productions, and HBO Documentary Films. This needs to be released as a Bowie Moonage Daydream Collector Edition Blu-ray in Surround! 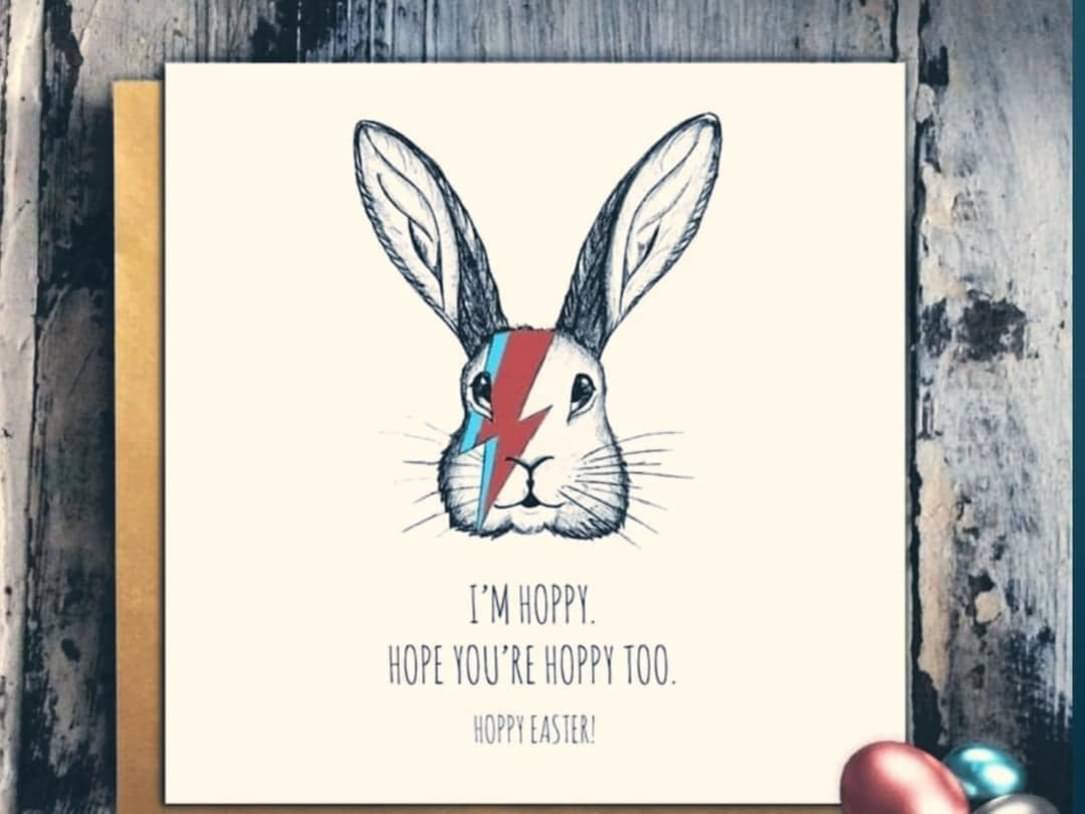 Hopefully with Tony Visconti there, they won't make a mess of the 5.1 !

Just got back from seeing the film. Not your typical documentary. No commentary from other musicians or idiots from Rolling Stone. The entire narrative is from Bowie himself. The film was quite an audio and visual assault. Much of the footage will be familiar to any die-hard fan, but there were some treats like finally getting to see a small piece of the Jeff Beck portion of the Ziggy concert. Even more stunning was the bit of footage that was included from the 1978 London concert. It looked magnificent, crystal clear. They really need to release a full concert film of it. As for the surround mix, they don't hold back on this one. Songs are often drastically remixed. During the end of "DJ" for example, voice and guitar swirl around the theater. During an alternate take of "Quicksand" acoustic guitar hovers above you while the voice comes from the screen. Guitar pans from side to side during an intense live performance of "Hallo Spaceboy". Most of the time you don't get complete songs though. As the end credits roll you get to hear all of "Starman" and most of "Changes" however they opted not to do surround mixes for those. The film is essential viewing for any die-hard Bowie fan.

I agree, not really a documentary but more like a collage: a collage of music, a collage of visuals, and a collage of thoughts from the man himself.
I'm seeing it again this weekend!

It is obviously not a documentary because there is no clip of Dave Grohl saying something like, "The first time I heard that song I was in Tower Records on Sunset and it blew me away." I'm pretty sure that is a a requirement for any Rock doc ....
J

Interesting that all of you here who have seen it recommend it while on the SDE site many of the reviews are critical including Pauls comments.
I guess I will have to see it for myself. I just count myself lucky I got to see him live a few times.....

Nearest showing for me today is at the St Louis IMAX, 440 mile drive.

It will be here next week, but bumped from the Atmos multiplex screen by the re-release of Avatar.
G

~dave~~wave~ said:
Nearest showing for me today is at the St Louis IMAX, 440 mile drive.

It will be here next week, but bumped from the Atmos multiplex screen by the re-release of Avatar.
Click to expand...

That would enrage me. At least it's not one of the 14 Marvel movies or 6 Star Wars movies being released this month. 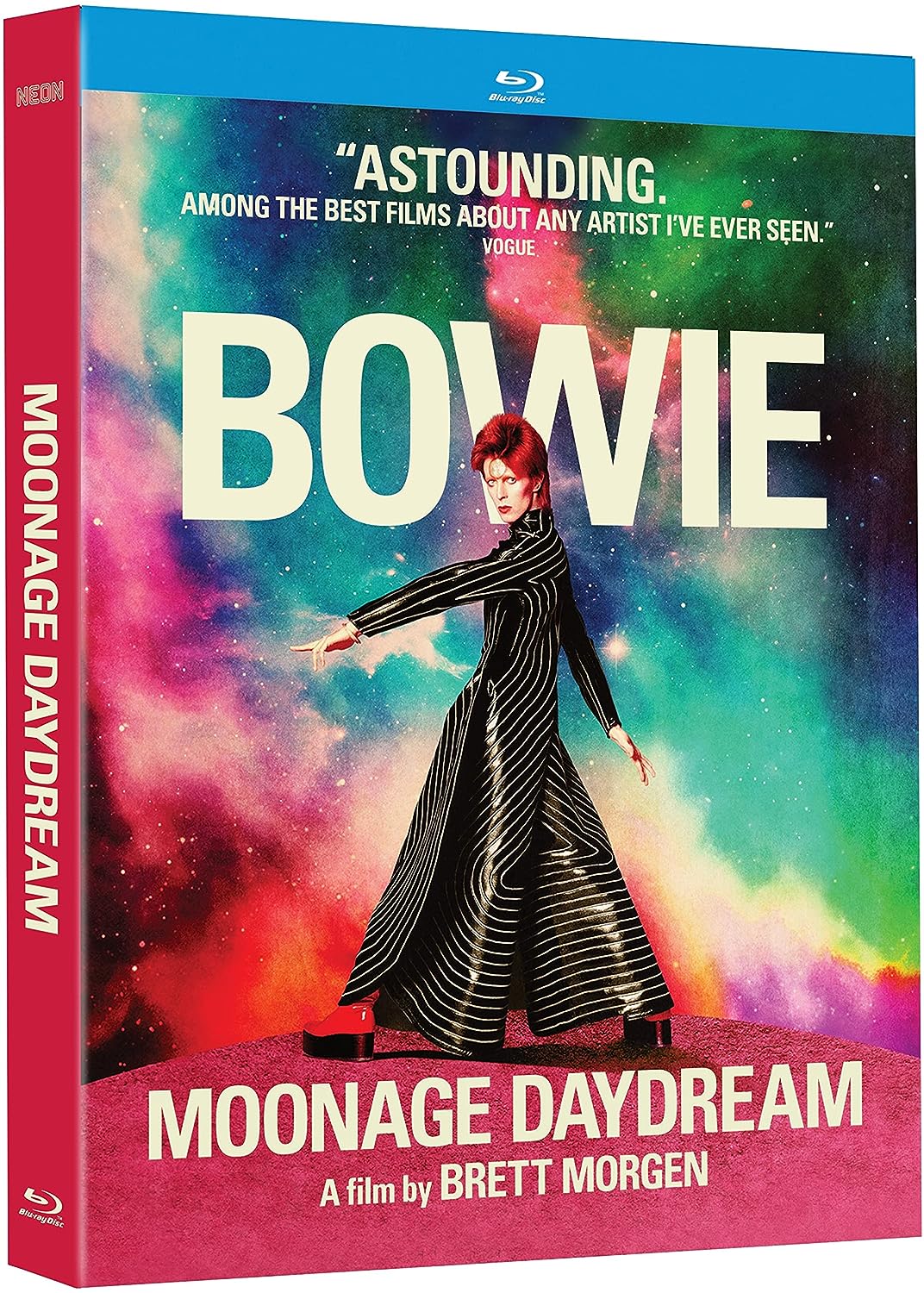 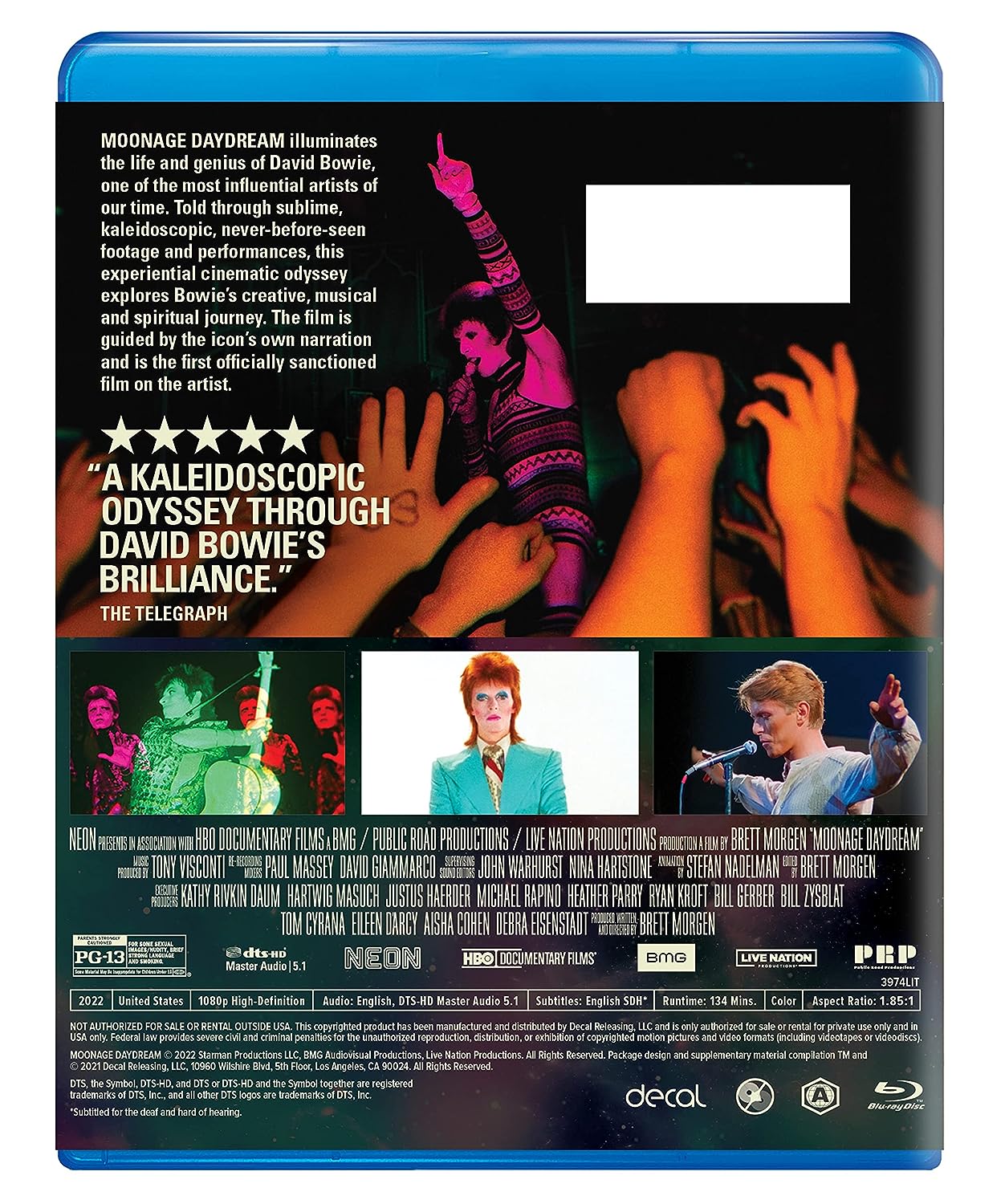 A 2 RBCD companion set is also available from Rhino/Parlophone


The album companion to the critically acclaimed film by Brett Morgen. Features unheard versions, live tracks & mixes created exclusively for the film. -Coming to cinemas this September, MOONAGE DAYDREAM illuminates the life and genius of David Bowie, one of the most prolific and influential artists of our time. Told through sublime, kaleidoscopic, never-before-seen footage, performances and music, Morgen’s (The Kid Stays in the Picture, Kurt Cobain: Montage of Heck, Jane) feature-length experiential cinematic odyssey explores Bowie’s creative, musical and spiritual journey. The film is guided by Bowie’s narration and is the first officially sanctioned film on the artist. -The companion album to MOONAGE DAYDREAM features songs spanning Bowie’s career and includes previously unheard material, unique mixes created for the film and this release, along with dialogue from Bowie himself. -Highlights include a previously unreleased live medley of 'The Jean Genie / Love Me Do / The Jean Genie” recorded live at the final Ziggy Stardust concert at Hammersmith Odeon in 1973, featuring Jeff Beck on guitar. Other rarities include an early version of the Hunky Dory favorite “Quicksand” and a previously unreleased live version of “Rock ’n’ Roll With Me” from the legendary 1974 Soul Tour. 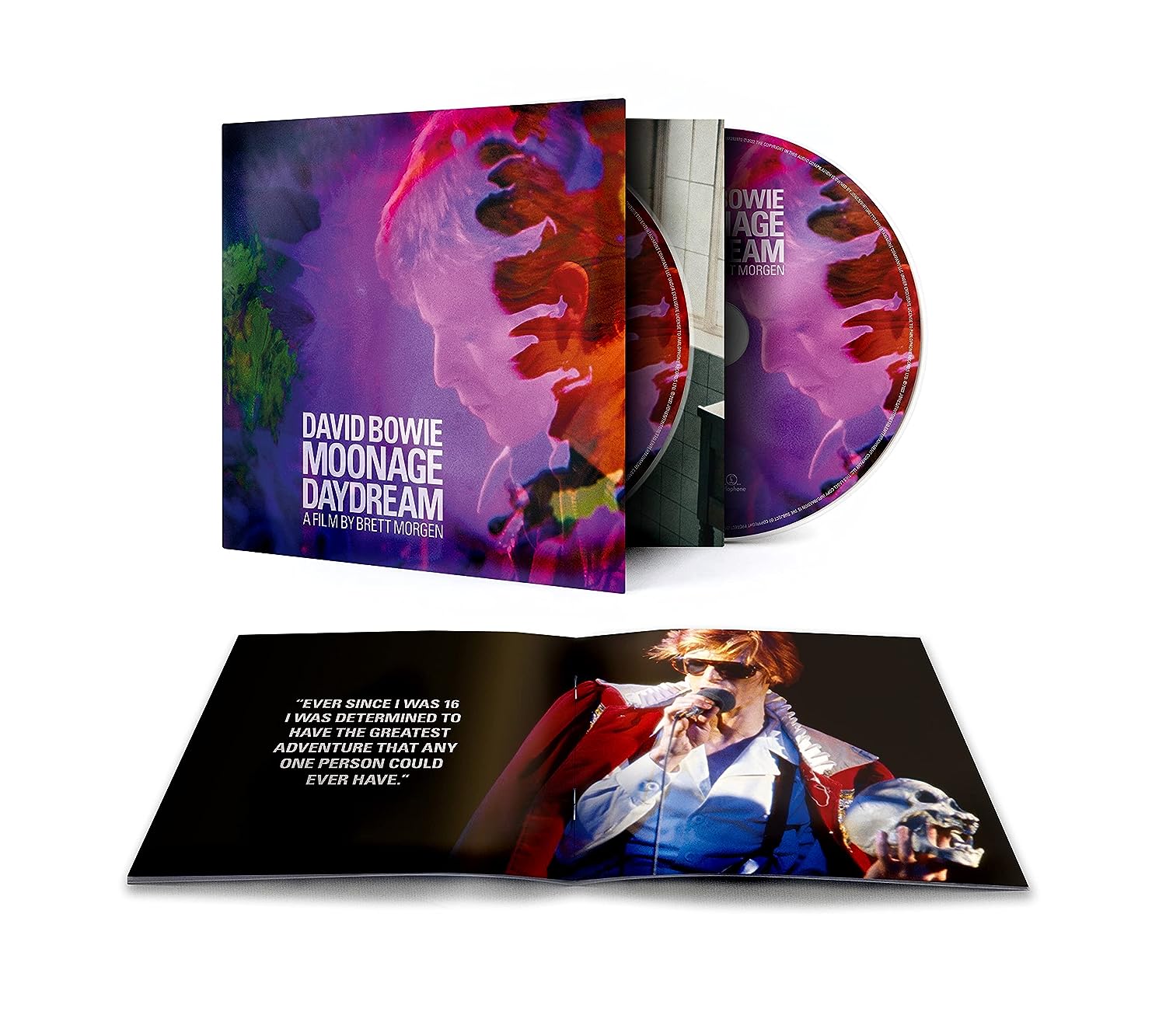 Hilton Als's review in The New Yorker. (If you're not a subscriber, you should still be able to see it, as long as you haven't already read a bunch of articles this month.) Spoiler: Als, a huge Bowie fan, doesn't much like the documentary, even though he has lots of praise for Morgen's earlier work, including The Kid Stays in the Picture and his film about Kurt Cobain.

A Portrait of David Bowie as an Alienated Artist

The musician was a consummate showman, but “Moonage Daydream,” a new documentary, rarely shows him at play.

I'm not sure how, being a huge Bowie fan, you could not like the documentary - unless because it's not a classic "talking heads" documentary and you were expecting that.
Well, okay, there's nothing on the 2000s or anything from the 2010s apart from one track from Blackstar, but it's still quite engrossing.

I think this paragraph captures his thesis:


Bowie gave a damn [about diversity in the music industry, and about promoting less visible artists who "lacked his genius for reading the room" and capitalizing on trends of the moment]. But his love of the rogue spirit in others, his collaborative urges, his paternal instincts—all of it wrapped in his own particular freak flag—aren’t much in evidence in Brett Morgen’s new documentary, “Moonage Daydream,” which instead fills the screen with visual bombast. Morgen has a nose for many things, but moderation and subtlety are not among them. I loved his 2002 documentary about the film producer Robert Evans, “The Kid Stays in the Picture,” not only because of its clever use of visual effects and archival footage but because of its understanding—drawn from Evans’s 1994 autobiography—that the pre-blockbuster Hollywood it evoked was framed by sleaze, glamour, and lies. But there is little of that kind of understanding in “Moonage Daydream.” How can you make a documentary about a star who dominated the rock-and-roll world for more than two decades (a hundred years or so in regular time) and not touch on the filthy dressing rooms, the record-company hassles, the disgruntled bandmates, or the constant loneliness—that is, the reality that he had to contend with? Instead, Morgen gives us a kind of sanctified intellectual portrait: Bowie as Moses, laying down commandments about what art is and what it demands. Bowie’s pronouncements about Nietzsche and Buddhism, untempered by his sly charm, come off as not just pretentious but suffocating. Like Evans, Bowie was a consummate showman, but, except in some early archival footage, Morgen barely shows him at play.​
​
And this:


Bowie’s career was one of constant evolution and experimentation. But, despite Morgen’s fast cuts, and Bowie’s voice going on and on, “Moonage Daydream” is strangely inert, with only occasional flashes of Bowie’s personality, his fascinating combination of British formality, eccentricity, and wit. [And, earlier: his explorations of identity, artificiality, and "plastic soul," his "mastery of stagecraft and personae . . . his disdain for male privilege and his explorations of gender, the joy he expressed at the idea of being nonbinary in a binary world."]​
You must log in or register to reply here.