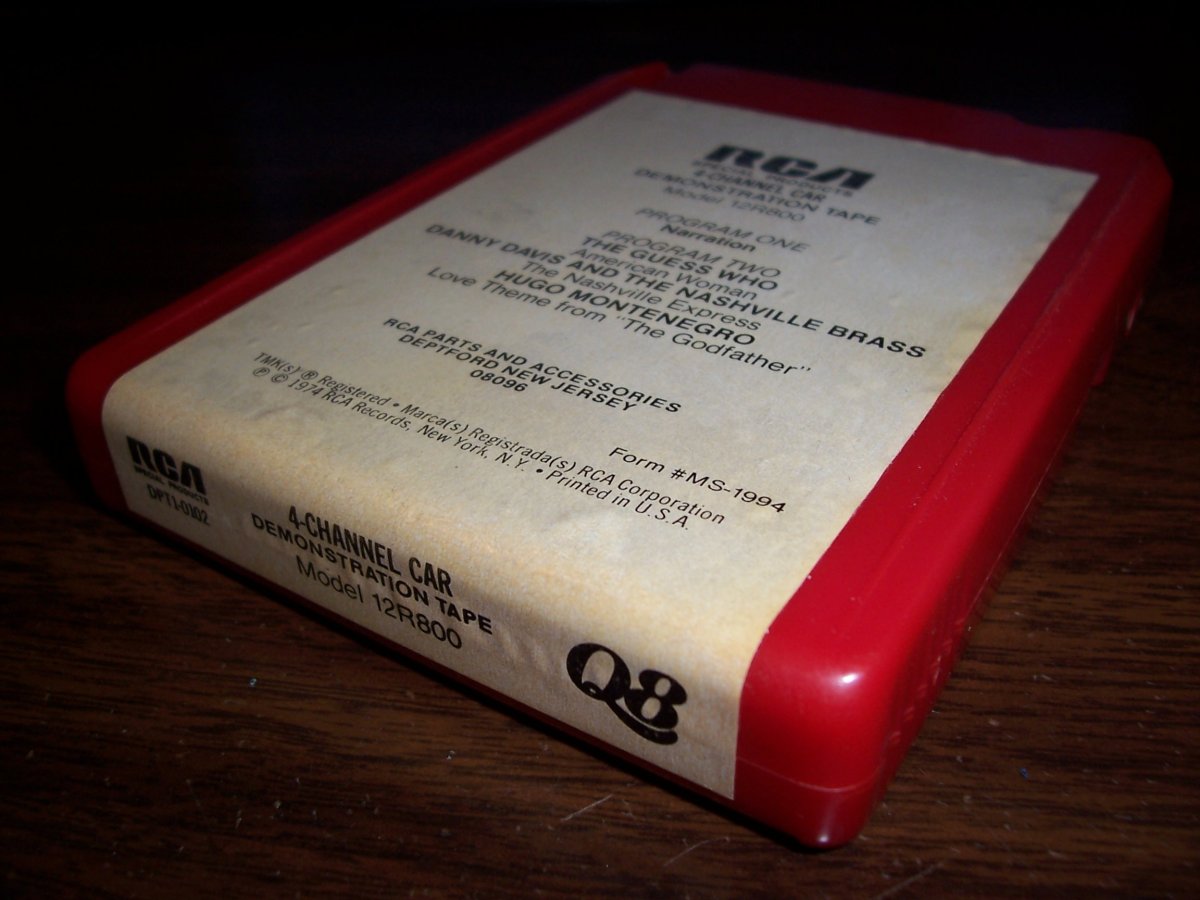 Program 1 is just a quick narration about the player, volume controls, tone controls and how it'll automatically sense a 2 or 4 channel tape. Press the Program button if you want to hear several music selections in Quadraphonic sound. This loops about 6 times. Maybe more.

Program 2 is nothing more than three songs. As far as I can tell, the Hugo Montenegro and Danny Davis songs are as they should be.

The surprise is "American Woman". It's the correct mix. One guitar front center, one guitar back center. Conga phantom left, punch drum phantom right. Bass in all, but drums VERY much to the front. Guitar solo spins anti-clockwise and all channels are in correct phase. But I suppose the joke really comes in the form of one horrible edit. It's the full version of the song, but it is shortened slightly at the beginning with a very poor edit. Instead of the cascading guitar notes repeating several times and Burton scat-singing and telling us how the American Woman is going to mess our mind.... We get the opening chord, the descending notes ONCE and then it's right into Burton "....I say "A".... "M"...."E''..... say "R"..... "

It strikes me as funny that a demo tape that people would've probably played twice and thrown away has the correct mix, while the commercial Q8 had a misprint Program 1 and to my knowledge was never fixed in subsequent print runs. 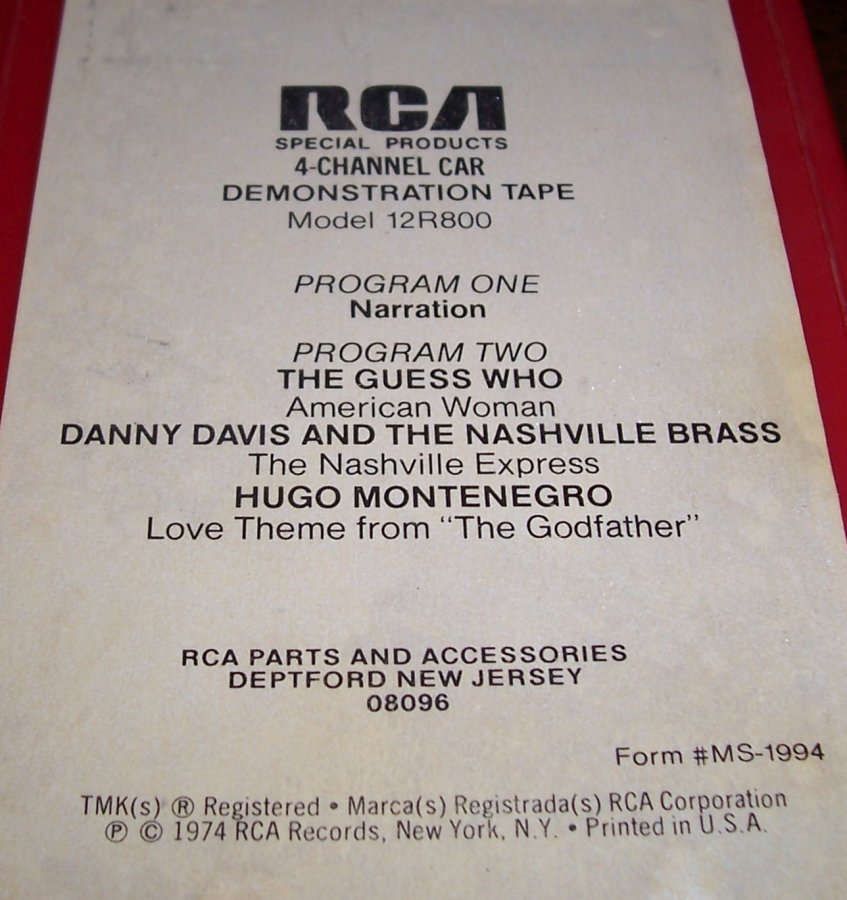