Please post your thoughts and comments on this 2013 reissue of the album "Crises" by Mike Oldfield.
This 2013 box set contains a brand new 5.1 surround mix created by Mike Oldfield himself, along with a bunch of audio and video extras. 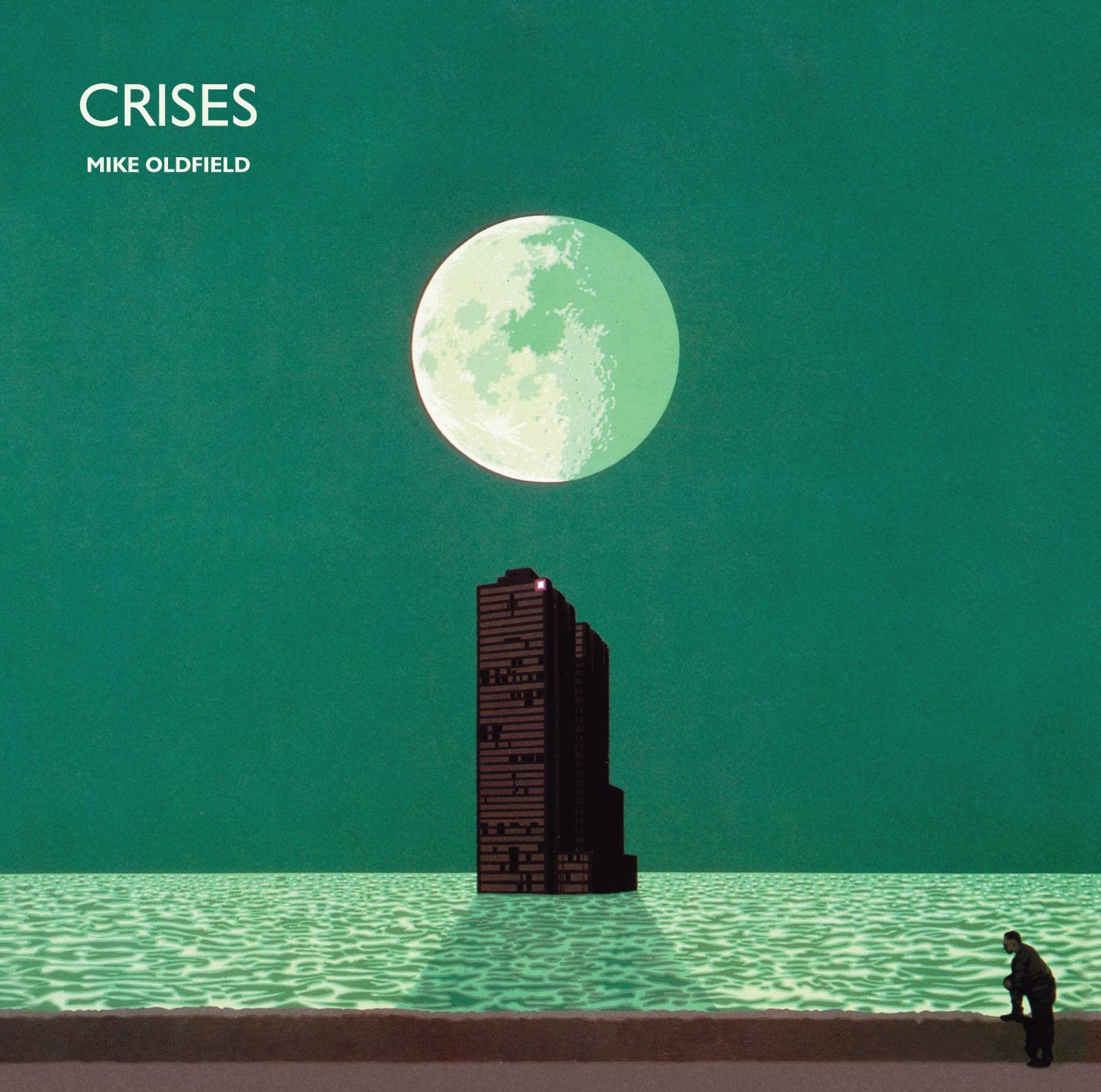 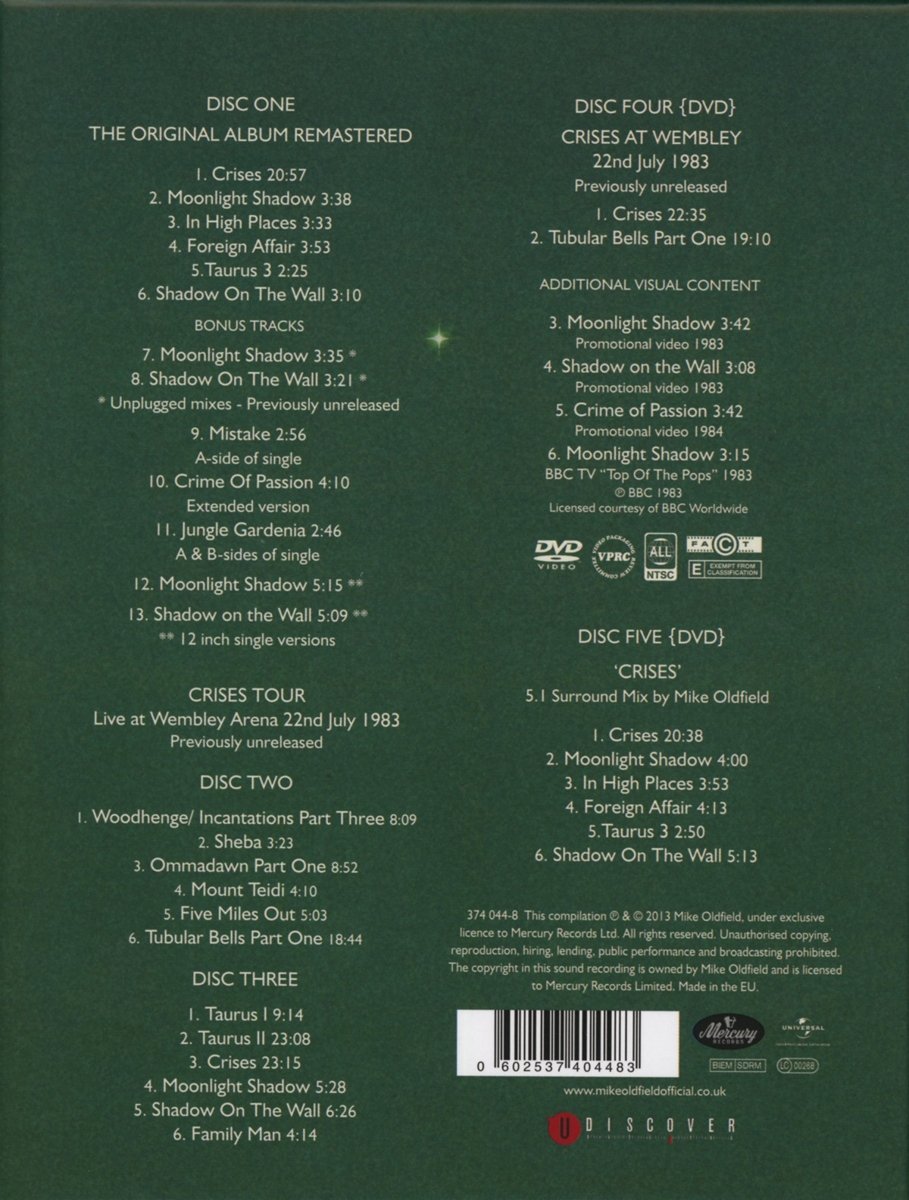 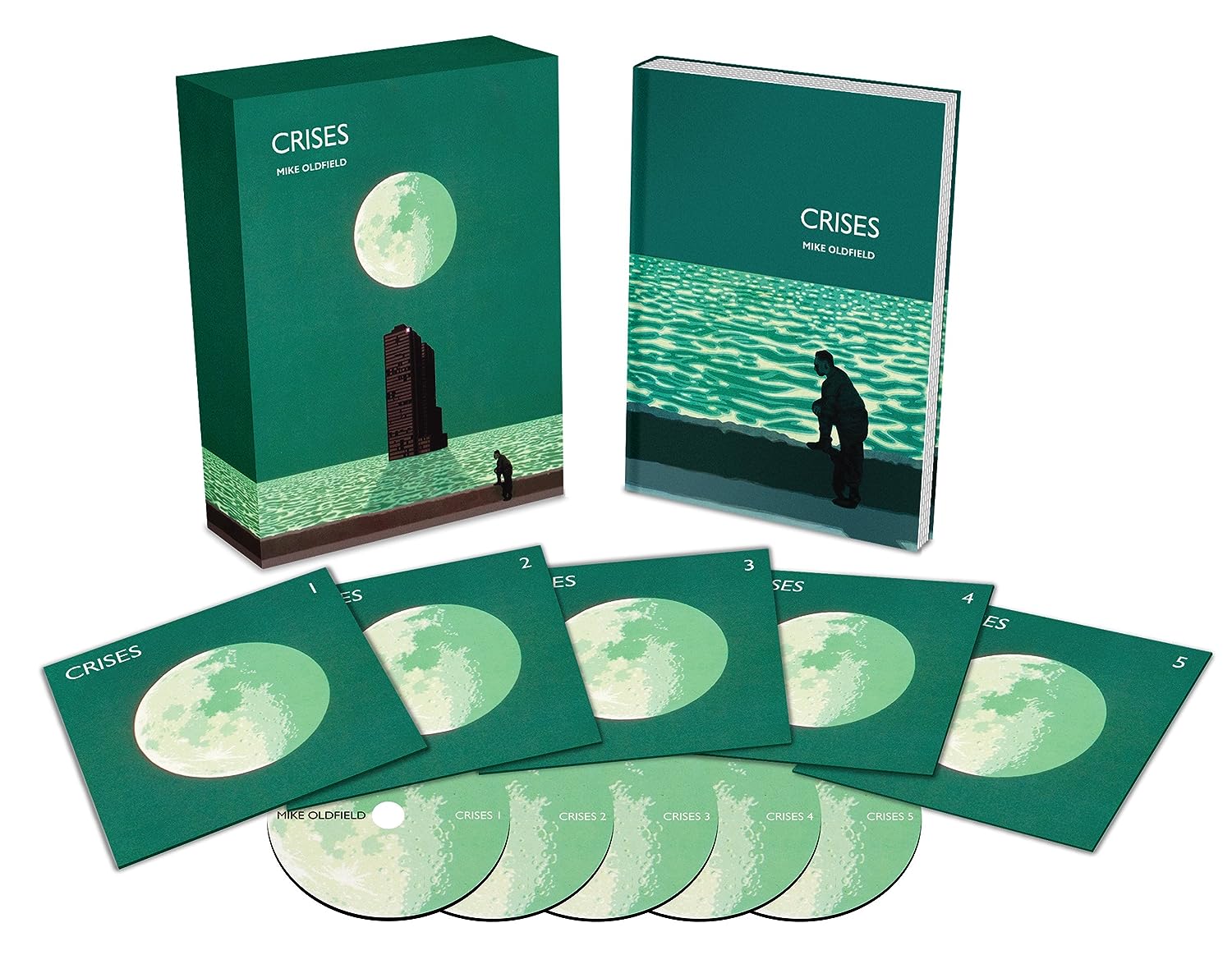 Just looking at the tracks times shows that something is wrong with the 5.1 mix and it would had been better to call it "crises 2013". There has been other releases that took the 5.1 opportunity to extend some songs (Neil Young, Bon Jovi) keeping the overall mix/sounds/vibe of the original mix. Crises isn't among them.
That doesn't mean isn't a (partially) enjoyable disc, it is just another thing. Something like the 1987 remix of Alan Parsons Project "Tales..." that corrected some mistakes on a recording we were used to, but added new sound and stuff... it is different, even if it sound similar, and it has not the same vibe as the old one, rescued by first by MFSL in a excellent CD and then re-included in the deluxe editions.
For me, a very big missed opportunity.
Mix-wise, isn't bad, but the "sound" that made Crises a big hit in 1983 isn't there as it should. Something is really missing, and it's not on the multitrack.
Maybe MO was looking in 1983 at a big commercial result and in 2013 he felt trapped by it? Don't know, it may be possible to say that for Moolight Shadows, but the title track isn't something that screamed "hit single" anywhere and despite that it had radio plays in a edited form.

Never voted so low until now on a poll.

Great box set - I have to give this a 10, I love this period of Mike's career and this set is supervised by Oldfield himself and contains a superb live show from this tour and the booklet is informative too. As a side note there is an upcoming UK tour presented by Phil Spalding ( bassist) which is focusing on this album and i'm promoting one of the shows so looking forward to it !