HiRez Poll Pineapple Thief, The - GIVE IT BACK [Blu-Ray Audio (Dolby Atmos)]

Please post your thoughts and comments on this new 2022 release from the Pineapple Thief entitled "Give It Back".

The album features 12 re-recorded and re-worked TPT classics now featuring Gavin Harrison on drums, and with new vocals and guitars from Bruce Soord, new mixing by Soord and Harrison, and mastering by Steve Kitch.
CD/Blu-Ray in digipak with artwork by Carl Glover. Includes hi-res stereo and DTS-HD MA 5.1/Dolby Atmos. 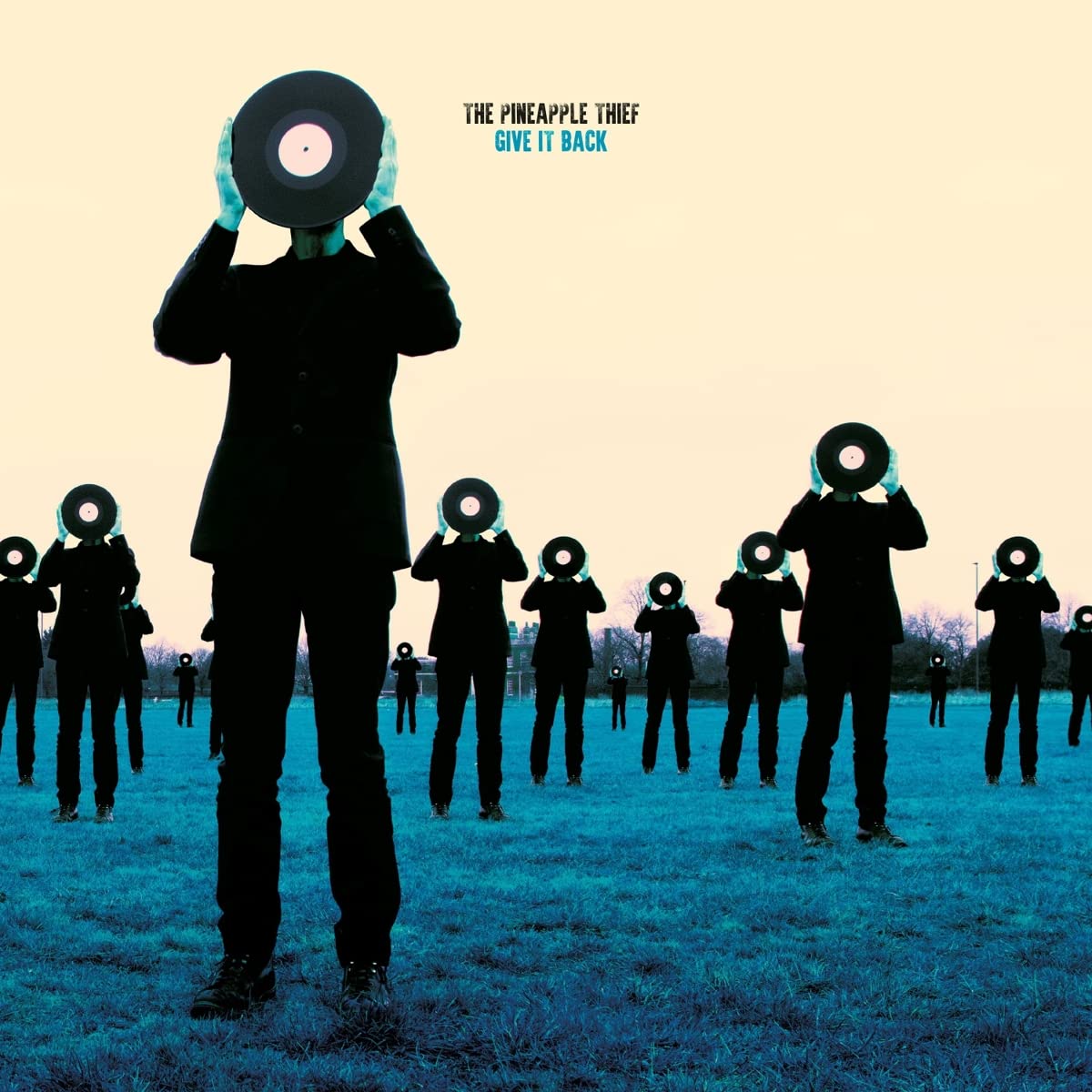 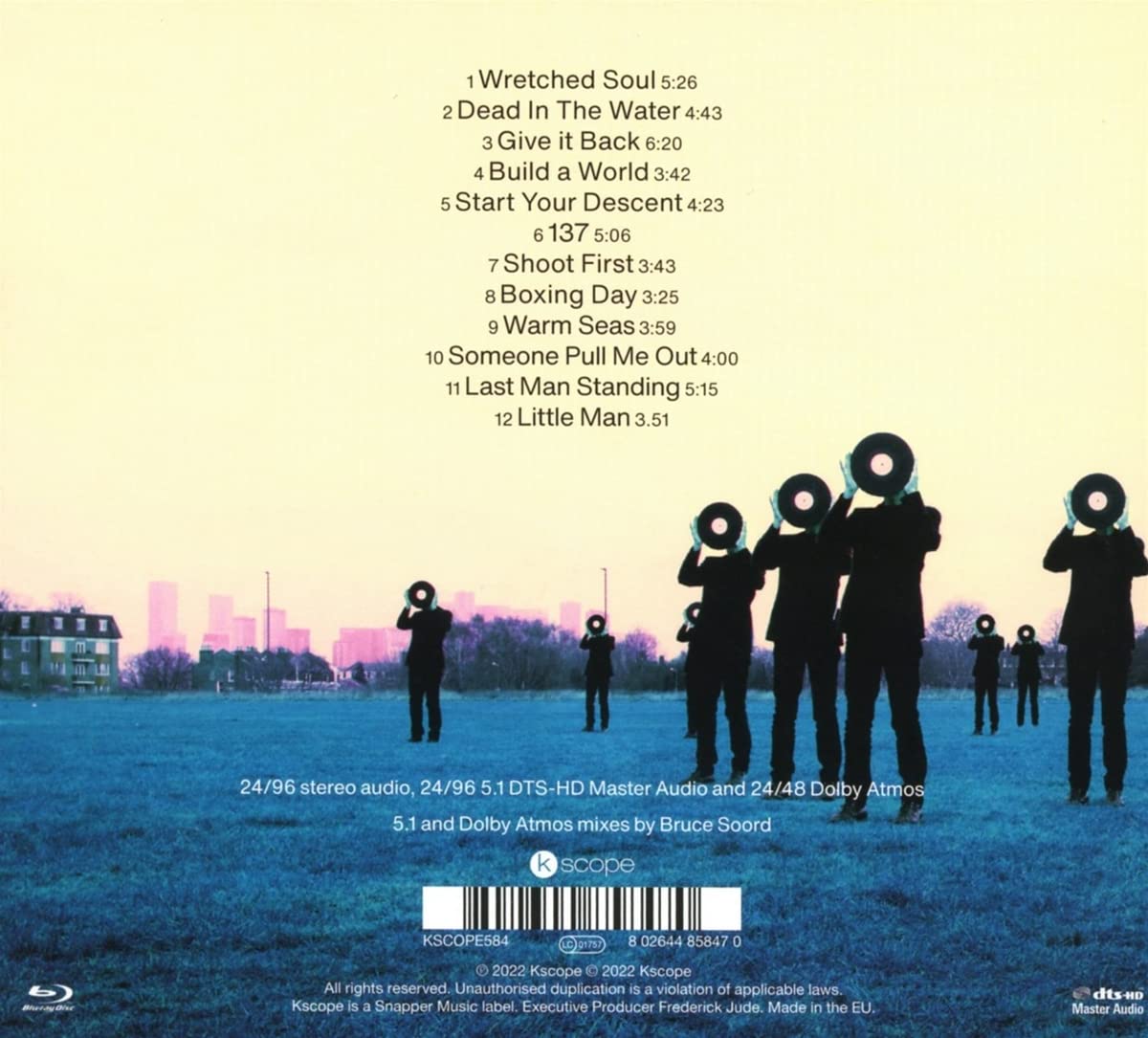 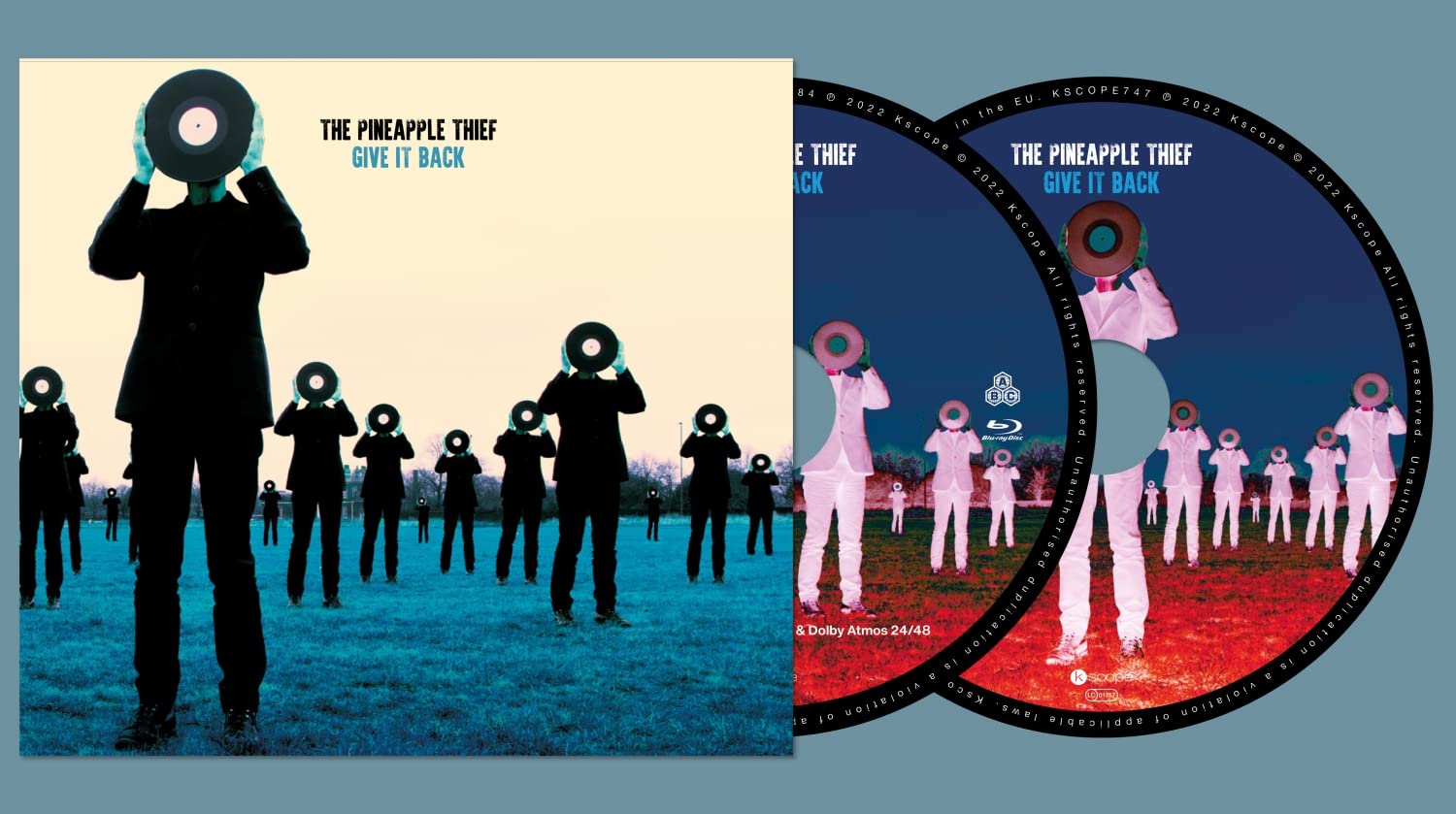 If ever there is a reason to buy Prog Rock in full Dolby Atmos, this release has it all.
Bruce has , in a short time, fully mastered the techniques required, to set the bar far higher than any other, comparable musician, in this format.
Yes there is 5.1 and stereo but my main interest is the sensation that I get from Atmos.
This is so good you can almost eat it!!
But there's more....Gavin has helped in remixing this release and this is shown in his superb drumming.
That's not to detract from every member of the bands input, which is equally great.
To think Bruce has the same enthusiasm he had way back in 1999, when he started this project.
Thanks Bruce for making all this happen.

I'm sure Gavin would like to give it a rating of Marshall 11!!

beerking said:
I'm sure Gavin would like to give it a rating of Marshall 11!!

I voted 10. Very strong use of heights, great Atmos. Music has a raw power sound to it, with vocals that compliment.
M

After my initial back-to-back play-throughs of first the Atmos BD and then the CD , I ended up going back through several of the Atmos tracks again. I've scored both the immersive audio mix and stereo CD mixes as an 8/10. I found both the Atmos and the CD mixes to be a little dark sounding. In all other respects they were great but there was a lack of that open and and airy top end that would have earned a higher score.

While the playing and arrangements were great as you would expect, I felt that there wasn't sufficient musical variety in the song choices that made it on to this album. So again an 8/10.
M

MTB Vince said:
While the playing and arrangements were great as you would expect, I felt that there wasn't sufficient musical variety in the song choices that made it on to this album. So again an 8/10.
Click to expand...

I agree, I'm not a huge fan of some of their older music and would have liked to see a bit more variety. When I put it on my wife was like "Hey, I like this, what is it?" but after a few songs she said "Actually, never mind"

Got this on Friday and have only been able to give it a couple of listens, but so far, so good. I am unfamiliar with the back catalog so most of these songs, with a few exceptions because I saw them live a few weeks ago, are new to me. In that regard, they feel like old songs, a bit disconnected stylistically from the current crop, but also quite obviously updated with the current TPT sound. There are a few times where I feel like a song could've been on the b-side CD of Versions of the Truth because they've been updated to such an extent.

That having been said, I try very hard to not let my opinions of the music itself skew my rating of the mix. This is an inexpensive BR with a 2 channel, Atmos, and 5.1 mix (my system is only setup for 5.1, though I can listen to Atmos in that setup). I will refrain from rating it until I give it a few more listens, but oddly enough, I tend to agree with beerking above. Bruce has really mastered the mixing craft and is right up there with SW as far as I'm concerned. Great use of the field, though perhaps a more noteworthy use in the first few tracks. Everything is properly balanced and spread out, and there is no weirdness going on with the sub.

As an aside, when I saw them a few weeks ago, I was really impressed with the treatment they gave the folks who paid for the VIP package and was regretting not shelling out the extra $ for that myself. I sat in the restaurant with the people I was with up against the window and watched them greet the people, sign stuff, pose for pictures, and then have a Q&A. I kind of felt bad for the other two guys because it was pretty much Bruce and Gavin getting all the questions. Now they were mostly in the shade at the time, and the weather was nowhere near where it was yesterday when it reached 105 (that's the actual temperature and not some "feels like" heat index), but it was still pretty hot and they never once seemed agitated to be there.

I probably ended up doing myself a disservice by watching the entire show from the balcony when the speakers for the house mix were pointed down below to the floor crowd, but from up high I could hear every snap, crackle, and pop from Gavin's drums. It was really like listening to the man play in a rehearsal studio, playing along to music, and I thought I will never get this opportunity again, so mix be damned.

Finally received my copy of Give It Back (Rewired) on Friday and have been able to listen to the 5.1 and Atmos mixes a few times. It's good to hear that Bruce Soord continues to refine his surround mixing skills as each mix is excellent. The Atmos mix in particular is very good with the percussion, completely enveloping the listener with sharp, explosive sounds coming from all sides and above. In addition to the music, Bruce has also become a more expressive singer, much like Steven Wilson. Though it's unlikely that they will ever be thought of as "great" singers, their voices really suit the music and express a great deal of emotion. Even though I prefer the newer TPT and solo material, with Gavin Harrison's percussion these new arrangements are more powerful, angular, and in some cases have a more sinister edge than the originals. I'll definitely be voting an 8 or 9.

It should also be noted that each surround mix takes different song elements and highlights them in slightly different ways which definitely increases the replay value. Especially at this price, it's another generous release from TPT.

Ten from me. Zero or possibly one for the Blu-ray authoring, but I'm not letting that impact on my mix/music score.
G

Great mixes but the songs are all too well known to me as I have all the original stereo versions. It's all very well done but doesn't have enough real surprises. Therefore it misses a " WOW factor" for me that Nothing but the Truth does have. And the release comes just after the live studio 5.1 release Nothing but the truth and the Soord Sessions which also features most of the same songs. But I am grateful that Bruce and Gavin made this. I gave it a 9 but really look forward to NEW studio material!!
Last edited: Jun 13, 2022
M

Bruce seems to be getting better with each and every mix he does, definitely in the top 3 for me along with SW and ES, looking forward to all of the early pineapple thief albums being re-done in atmos as has been rumoured

I tend to play my albums at a fairly low level. The first few times I put on Give It Back my impression was that the lryics were too simple and the music didn't have enough variety. Tonight I decided to play it louder and it was like "holy crap" what have I been missing. I realized that the dynamic range on this album is so big that you have to play it at a certain minimum level to hear the quiet parts of the music. Then it all comes together. The songs fill out beautifully and each one is distinct in its own way. And I'm not talking about crazy loud - no - nowhere near THAT level. Just loud enough to hear ALL the parts of each song. Anyway I think this is a tremendous piece of work and highly recommend it.

Just saw TPT IN SF a few weeks back first time for me seeing them live what an experience for sure and hope to catch them again. I had no idea what TPT back catalog was like but knowing how much emphasis they put into their recordings I was pretty sure this was going to be interesting and it is. I really enjoyed listening to Give it back in Atmos. The band use of the height speakers was done tastefully and I found the mix to be discrete and like how this was remixed
I liked what I heard, to my ears it is a solid TPT album. I have to say this is one hell of a group and look forward to see what's next from them.
You must log in or register to reply here.
Share:
Facebook Twitter Reddit Pinterest Tumblr WhatsApp Email Link