Porcupine Tree - Did you discover them because of Surround Sound?

Location
Dark Side Of The Moon

Porcupine Tree - Did you discover them because of Surround Sound?
Click to expand...

I discovered Surround Sound, because of Porcupine Tree (Steven Wilson).

I first heard of Porcupine Tree when a review of "Voyage 34" appeared on the Teletext pages "Blue Suede Views". I can't remember the exact wording but there was something which piqued my curiosity. Then Q reviewed "The Sky Moves Sideways". So I bought it. Quickly followed by it's predecessors - although I could only get "Voyage 34" on the Delerium sampler "Pick & Mix". And that was it. My thoughts about Porcupine Tree post "Recordings" and Steven Wilson's solo releases are dotted around the forum so I'll spare everyone my customary teeth gnashing.

Hate to admit it but I got turned on to a lot of the later progressive rock people do to their involvement in multich.
I'm hoping the new interest in Atmos recording across the genre board will do the same for multich's popularity.
It can work both ways, I hope.

I'm glad I found this post... So, I didn't really discover how wonderful multi channel was until I got my 2010 Acura. It had a great sound system in it and the 5.1 disc (produced by Elliot Scheiner) was so amazing... Well it started me down that path. Meanwhile, for years I've been trying to remember how I first discovered Porcupine Tree. I didn't discover them until Deadwing and I really didn't have many prog friends to turn me on to them. I was just blown away by the album, the tour, and then even more so when I heard it in 5.1 years later. My Gmail only goes back to late 2005. So, I dug up really old Outlook archives and there it was. In a group for a World Class Rock radio station in L.A., someone asked if anyone had checked out Porcupine Tree. I had heard about them, but had never given them a listen. But that post was what did it. And it led me down quite a rabbit hole of music and sound. I think I found the guy on FaceBook. Hope to thank him soon.

When their Anesthetize Blu-ray was announced I pre-ordered. I was immediately hooked and then spent a small fortune buying the surround albums wherever I could find them on the web.

I really miss these guys. I’d love a reunion album or concert...

I became a fan of Porcupine Tree around 2000. I didn't hear a surround sound track from them until I purchased a new pioneer DVD-A player a year or so later then got 'in absentia' and the concert DVD from the same time. I was lucky to enjoy a few amazing bootleg CDs from the best era of PT 2000-2007. My friends in Germany and Finland were very gracious to help me discover this great band.

I am not a fan of Steven Wilson's recent music direction at all sadly.

I discovered Porcupine Tree around the time of Deadwing thanks to a progressive rock radio show, along with a friend who already knew about them. For me, the inverse is partly true: I got into surround music because of Porcupine Tree.
C

I became aware of Porcupine Tree because of Steven Wilson producing Opeth albums. I already had a DVD-A player so I was happy to see that they were releasing albums in surround. Being mostly into metal it took me a bit to fully get into the music, but the surround sound certainly helped, not to mention the quality of the production and the music. My current receiver doesn't have analog audio in for surround so I had went years without being able to listen to the discs, but I finally get fed up and bought a used Oppo player on eBay so I could listen to the DVD-A again. This provided the additional benefit of SACD.

I think I'd first heard of them from the online home of Progfest though I expect it was last century? They would post live videos and some concert material. Quite a few Prog bands actually and I seem to remember that you could download the content though it was minuscule sized real audio video. I thought that it sounded okay though
G

I bought my first oppo dvd audio/sacd player after I was validating the HDMI Interface circa 2002 for my company. I was floored by the sound. PT was one of the first discs including one from Linda Ronstandt disc. The cover was scary and I was afraid that it was a heavy metal album with lots of screaming. From then on I was hooked. However while I give Steven Wilson kudos for choosing his new musical path, I can't I enjoy it(would go on to say it's the most disappointing release of 2021 so far). Additionally while promoting the album, which he has done a lot of, comes off as arrogant and entitled IMHO. He recently irked a lot of Van Halen fans with his candid response, but while I am not a fan of Van Halen, I doubt he will ever achieve a similar stature.

Long answer: I couldn't remember where I first heard about PT but I was discovering the surround sound and I found some ads about Deadwing telling how good it was and how amazing its surround mix was. One day I found a DTS-CD in a torrent or some place like that and I decidec to listen to it.

For me it was probably the other way around: I became interested in surround mixed music because of PT music.

Although, and I know I am on dangerous territory here, I don't entirely like Steven Wilson's approach to surround mixing. My main bug bear is his tendency to put the lead vocals dead center all the time. To me it makes the vocals sound too seperate (distanced, for lack of a better word) from the music and it (9 out of 10 times, for me anyway) interferes with the musical unity too much. Vocals are part of the music and not a seperate entity. I would like it if he 'bled' some of the lead vocals into the wider mix (say the 2 front speakers), just to widen the soundstage of the vocals. Apart from that, I am happy with what he does on most of his remixes.

My long history from my youth to Porcupine Tree and beyond:

I was a Prog Rock fan and lost interest in listening music when the golden Prog era disappeared at the end of second half of the 70's
I didn't find out the post 80's Neo Prog era. Never heard about Marillion and others. It was my first wife and children era.

Almost 40 years later, I began to recover some King Crimson listening and built my first 5.1 surround system in a new town, with a new wife, without the children who stayed with their mother in the old town.

Then I discovered that King Crimson albums were being re-mixed in Surround and that made me pay some attention. I was reading that mixes were done by someone called Steven Wilson. And ignored it.

Almost one year later, I looked for Steven Wilson in google and found that he was an interesting guy. And I finally found Porcupine Tree. It was the year of the Wilson's Raven release.

Just some months later my new wife and me (with my son that inherited the prog rock music taste from me) had the opportunity to attend the Live concert of Steven Wilson, in Madrid, with the "Raven" tour.

And.... finally... The Dawn of my new existence: The discovery of the QQ forum. All of you guys have made me learn a lot and made me buy a lot of music that I enjoy much more now than in my youth.

Edited: With respect to Wilson's ability to mix/master, I like the clean good sound of his productions but I do not like neither the vocal only center approach in his 5.1 mixing. When vocals are mixed blending to the front and even to more speakers I like much more the immersive sound. Yes, vocals are another musical instrument for me, and I like very much when in Atmos vocals come from all above around you.
Last edited: Apr 20, 2021
C

I am curious what Opeth DVD-A and/or BD you are referencing as I thought Steven never did any surround for Opeth.

I never heard of the Japanese mini-lps before and now I need to pretend I never did because they don't look all that affordable to start trying to collect. I believe I have the DVD-A/BD for all of the Porcupine Tree and Steven Wilson releases. I wish they would do just BD releases for the Tull as I don't want to buy the boxsets just for the BD, and now most are just coming with DVDs which is disappointing.

Please post your thoughts and comments on this 2014 5.1 release from RoadRunner Records. Pre-release comment thread can be found HERE :thumbsdown::phones:thumbsup:
www.quadraphonicquad.com

My answer is also "No." There was a compilation called the Space Box that came out around 1997 that included PT's "Burning Sky." It was unlike anything else in the collection and I really dug the vibe. And the name of the band...."Porcupine Tree," really stood out. About a year later I was rummaging thru the used CD section of my local Harmony House and I came across their "Waiting" EP. I recognized the band name because it was so unique, so I picked it up. Fell in love with the harmonies and spacey guitars. I was hooked. 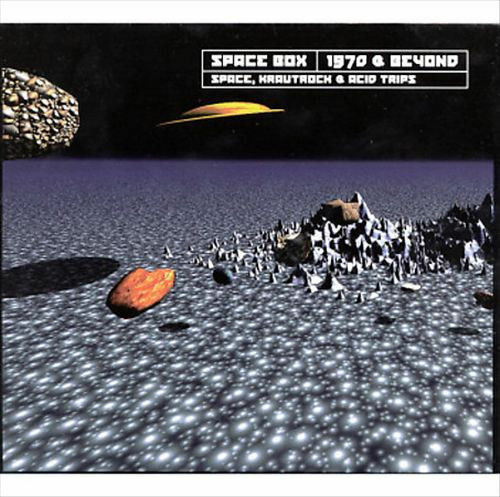 CoMiGa said:
I am curious what Opeth DVD-A and/or BD you are referencing as I thought Steven never did any surround for Opeth.
Click to expand...

View credits, reviews, tracks and shop for the 2015 CD release of "Deliverance & Damnation" on Discogs.

View credits, reviews, tracks and shop for the 2011 CD release of "Heritage" on Discogs.

View credits, reviews, tracks and shop for the 2014 CD release of "Pale Communion" on Discogs.