Thanks so much @boojidad ! This is why I love this place, between us all we're filling in all the blanks with stuff like this, and we all get to share in the knowledge. I think that Acker Bilk tape may be the very last Pye Q8 that Precision Tapes released, at least numerically speaking.

I actually recently got my hands on a 1976 issue of the Record Mirror Tape Guide (the same one I posted a picture of the 1972 and 1974 issues earlier in this thread) courtesy of the magnificent and resplendent @fredblue , and it actually contains listings for both of the tapes you posted and I wondered if they actually existed - your picture post leaves no doubt. 1974 must be the final year that Precision Tapes did Q8s and the tapes from that year seem to be rare as hen's teeth, sort of like the '77 Columbia Q8s, but maybe even moreso, to the point that you wonder if some of them were issued at all.

My plan is to go through the 1976 Tape Guide in the next few days and add all the Precision Tapes Q8's that aren't already listed in the table in post #1, and I think at that point we'll have a pretty comprehensive overview of everything that they released.


My longer term plan is to start a new thread that features scans of the '72, '74 and '76 Tape Guides and also to a 'master list' of everything released in quad in the UK, culled from those three catalogs in addition to Mark Anderson's discography etc. I'll use that info to update the various label threads I've done already, like this one, the EMI UK one, etc. The Tape Guides are also useful because they show what was released in the UK by the American labels, including CBS, RCA and WEA - although none of these labels released anything unique in quad in the UK (save the 3 or 4 Warner UK CD-4s from 1976) I think that'll be the first time a comprehensive overview what they did issue in quad in the UK has been available anywhere.

Dutton Vocalion are of course making up for CBS & RCA's lack of UK Quad activity back in the 70's with all the UK Quad SACDs they are releasing now..!!!

Found this on hiding on eBay. Only one picture so couldn't tell you the catalog ID or anything like that, but it's still cool.

Thanks @boojidad , I grabbed the photo and tidied it up in photoshop - the title in question is:

I'll add photos of the tape here if it ever shows up on eBay again.

A "Rhymes and Reasons" just sold on eBay for $33! I should probably check eBay again, The whole thing kinda fizzled for me years ago.
These Carole King non-Tapestry albums would make PERFECT Dutton-Vocalion SACDs, no? Even for stereo, as CK's non-Tapestry Ode albums get no respect at all with regard to reissues. Everything CK is always Tapestry, Tapestry, and Tapestry..... 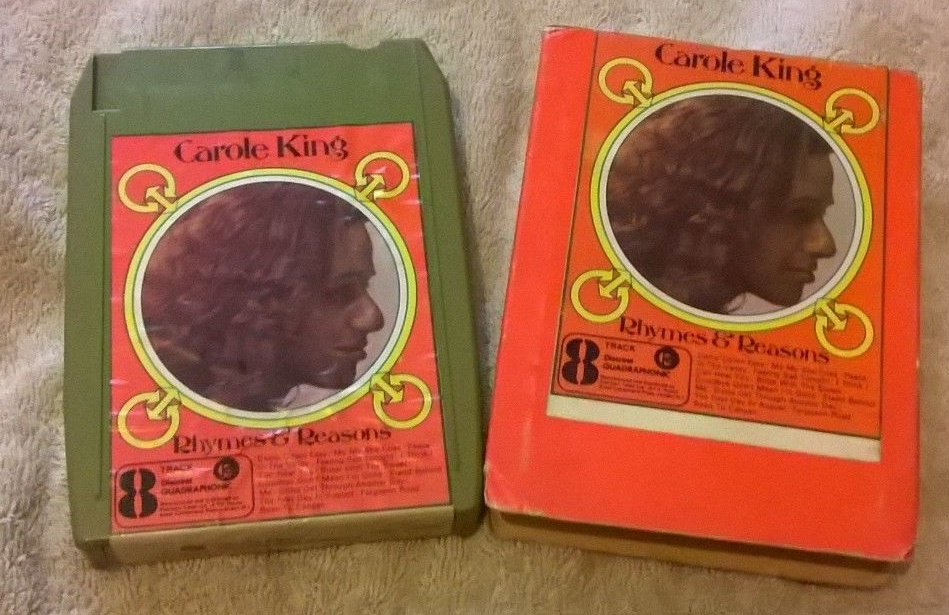 JonUrban said:
These Carole King non-Tapestry albums would make PERFECT Dutton-Vocalion SACDs, no? Even for stereo, as CK's non-Tapestry Ode albums get no respect at all with regard to reissues. Everything CK is always Tapestry, Tapestry, and Tapestry.....
Click to expand...

I'd certainly buy 'em, but it's been said in the past that they're not the finest of quad mixes. I have the Japanese Tapestry CD-4 and it sounds very fake, even worse than the lame 5.1 mix on the Sony SACD.

This diagram (shown above) on the insert of the Music QS LP seems to suggest that it is indeed a true quad mix, but it's never sounded particularly great on any of my QS decoders. I finally scored the Q8 a few weeks ago (the U.S. Ode version, unfortunately not a U.K. Precision Tapes copy) and it's on my very long to-do list of quad conversions. I'm really excited to finally hear this mix in its discrete form.

For kicks, I actually found this old thread about the CK Q8s started by you!

True. Those mixes are pretty "A&M"-ish. Probably not worthy of D-V, but someone really should release some cleaned up stereo releases of "Writer", "Music", "Fantasy", "Rhymes and Reasons", "Wrap Around Joy" and "Thoroughbred" because those albums get no respect whatsoever.

Y8QP 1022 - The Harry Roche Constellation 'Something'

Also added a picture of the front cover of Sergio Mendes & Brasil '66 Greatest Hits to this earlier post.

The Messiah is presumably Johannes Somary with the English Chamber Orchestra, recorded by Vanguard?

Found today on fleabay a A&M catalog probably from 1975 that shows some quads:

the lacks of some USA Quads that had NO release in UK, for example Jaon Baez Diamond & Rust, Quincy Jones Body Heat, and some known not present anymore, Quincy Jones Walking In Space.

winopener said:
Found today on fleabay a A&M catalog probably from 1975 that shows some quads:

the lacks of some USA Quads that had NO release in UK, for example Jaon Baez Diamond & Rust, Quincy Jones Body Heat, and some known not present anymore, Quincy Jones Walking In Space.
Click to expand...

Seller says it’s 36 pages, would’ve been good to see the last few pages for all the YQMs.

J. PUPSTER said:
Seller says it’s 36 pages, would’ve been good to see the last few pages for all the YQMs.

It would be nice, but i doubt it will add more... basically the latest quad uk movement was in 1974, by 1975 new quad releases were not released (Diamond & Rust was a BIG title!) and what you can still find are basically stock leftovers: Quincy Jones Walking In Space was already sold out and thus eliminated by the catalogue.

This catalog is really interesting, because it corroborates something I have in another catalog from the UK (Music Week's The Record and Tape Guide Vol. 2, No. 1 from 1976) and that is that the prefixes for the A&M quad tapes changed from Y8QAM to YQM.

When I only had the Music Week guide, I thought that maybe it was just an error on their part, but now having seen the A&M UK catalog, I think it's something altogether different - it looks like at some point in 1975 that A&M UK went from licensing out their tapes to Precision Tapes to producing them in-house, and that the catalog numbers changed from Y8QAM (Precision Tapes) to YQM (A&M) with the switch.

As you can see with the stereo tape below (Rick Wakeman Journey to the Centre of the Earth - A&M YAM 63621) these tapes look nothing like the Precision Tapes cartridges, which were olive green (even for the stereo carts) and had a different shell design. 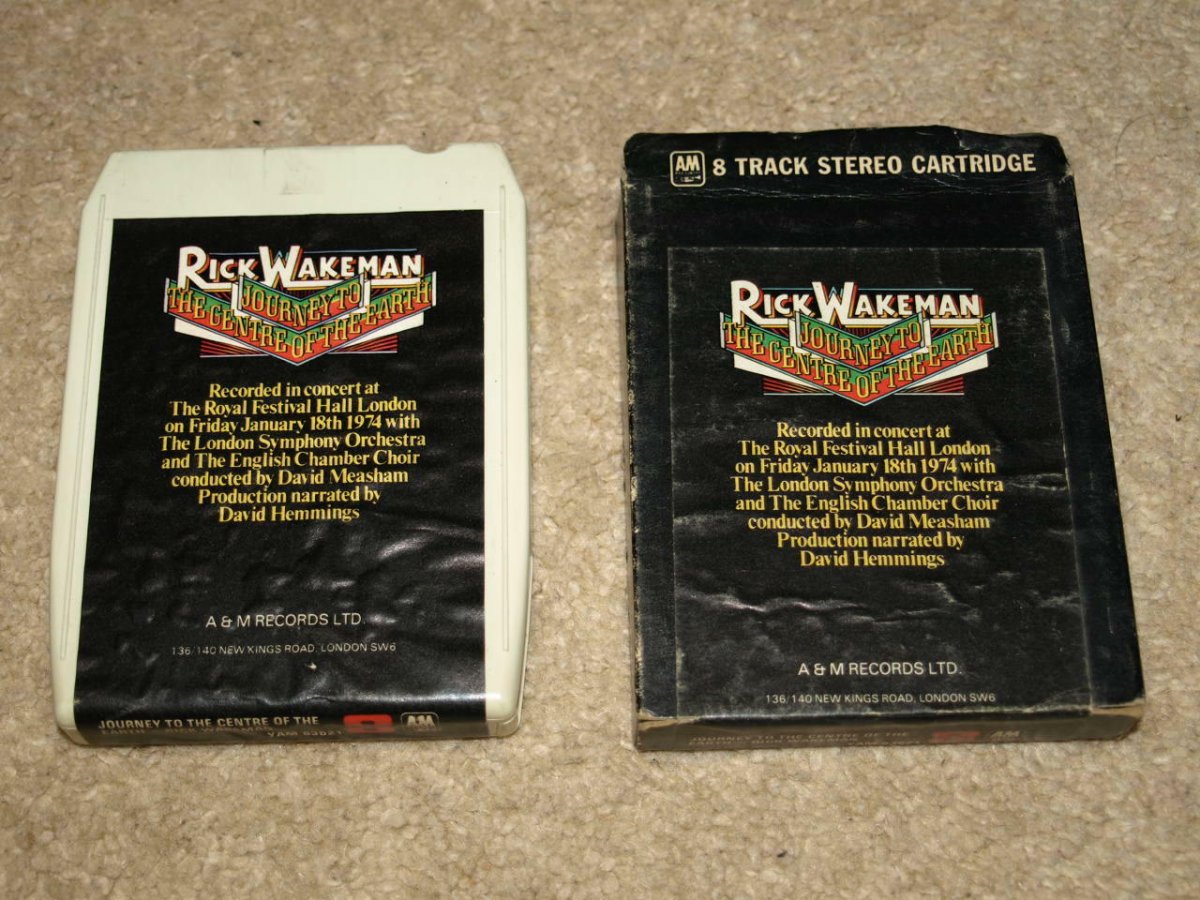 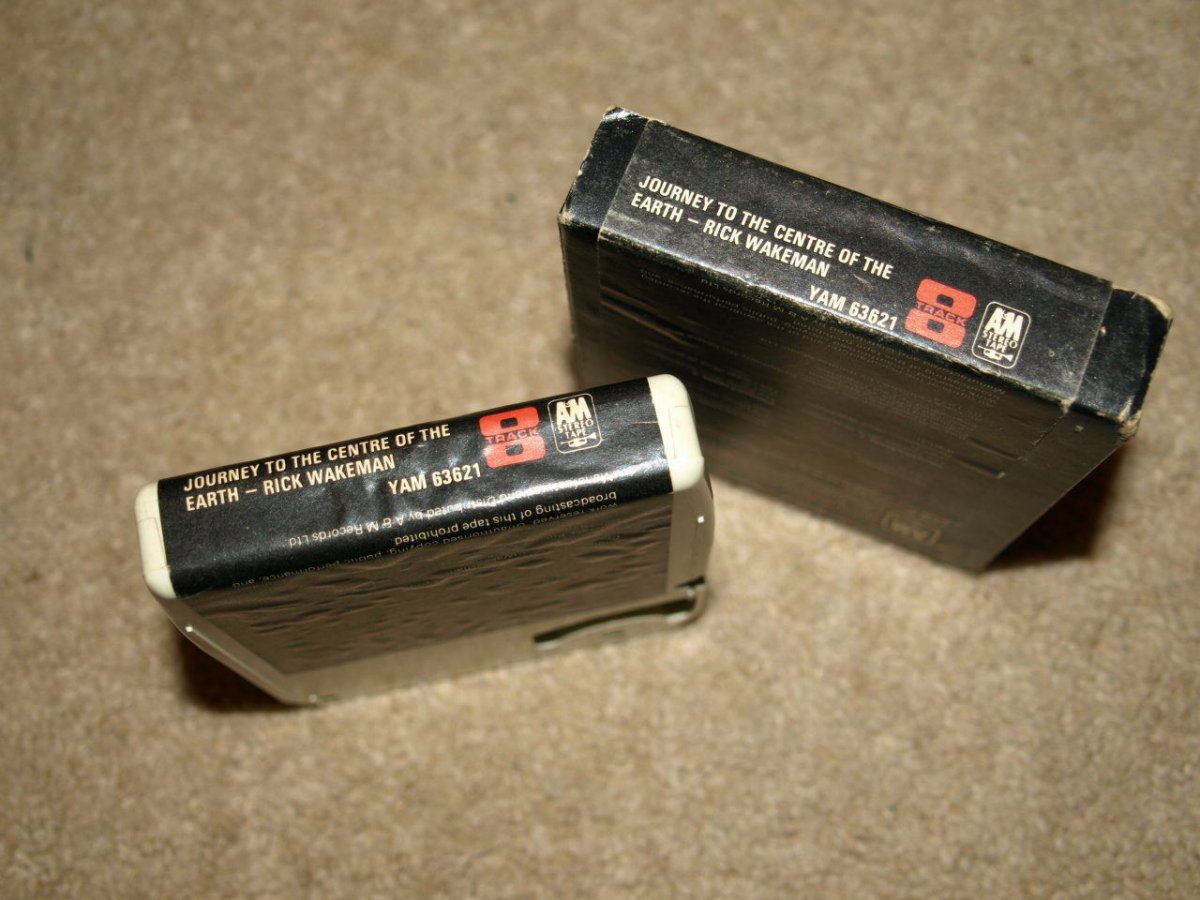 One caveat here is that I've never seen a single one of these Q8's with the YQM prefix, but UK Q8s are so scarce to start with (I think we've seen maybe two copies of Buffy Sainte-Marie's Quiet Places, which seems to be one of the final Precision Tapes Q8s from 1975) so to my mind it falls within the realm of possibility that these YQM tapes were just produced in miniscule numbers and we haven't come across any yet.

Just for the record, the Music Week tape guide shows all three Wakeman Q8's as being available with these new YQM prefix - Journey to the Centre of the Earth (YQM 63621), Myths and Legends of King Arthur (YQM 64515) and Six Wives of Henry VIII (YQM 64361).

In any event, my trusted spiritual advisor @fredblue has bought this A&M UK catalog, and the plan is to scan it in its entirety (along with the quad section of the 1976 Music Week Tape Guide) and I'll make the information available here, hopefully both as a PDF and in some kind of collated table format like my other label discographies.

Trawling through eBay UK auctions yielded a couple of interesting finds, a previously unknown Precision Tapes/Vanguard Q8 of Charles Mackerras/New Philharmonia Orchestra 'Mussorgsky: Pictures at an Exhibition/Prelude to Kovanshchina' and better pictures of Buffy Sainte-Marie's 'Quiet Places' that confirm @winopener 's theory about what the catalog number would be.

The discovery of the Mussorgsky tape makes me wonder just how many other Vanguard titles Precision put out before they gave up on quad - finding one of their tape catalogues from '75 or '76 would really go a long way to solving some of these mysteries. 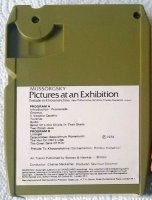 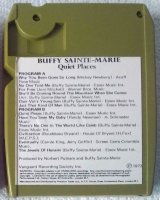 A few more of these tapes showed up on eBay UK recently - this it she first time I've actually seen the Tony Hatch tape, and previously the only picture of the Acker Bilk one we had was (like Sasquatch) small and out of focus. 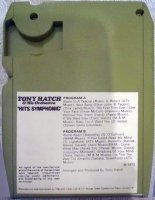 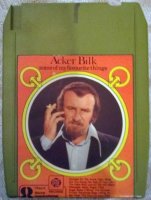 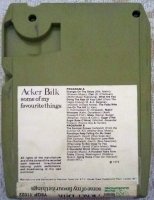 (Precision Tapes once again proving that no label application was too sloppy to escape their QC department.)

steelydave said:
A few more of these tapes showed up on eBay UK recently - this it she first time I've actually seen the Tony Hatch tape, and previously the only picture of the Acker Bilk one we had was (like Sasquatch) small and out of focus.

both Tony and Acker (with the 'acking cough) smoking on the covers!!

as a reformed ex-smoker i can say with no hesitation, "you daft arseholes will kill yourself with those cancer sticks!!"

(i'd rather have a Doobie.. Quadio of course

but i'll take Kenny Ball on Q8 if he brings his Jazzmen!)

Another illustration of Precision Tapes' poor quality control, this time it's a quad title in a stereo shell - at least they got the labels on straight, I suppose! 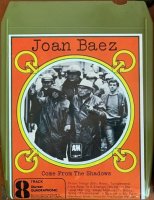 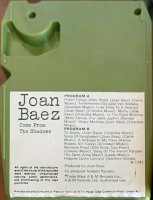 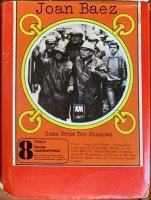 A & M changed from Pye group distribution to the (then) CBS/WEA distribution system. I used to have all of the catalogues from all labels back in the '70's as I ran a record store, but everything was lost when the store closed...sigh...!!!! We could also get imported Quads from an importer (near Guildford?), and I occasionally got 'white labels' such as Gloria Gayner QS of 'Experience' - for personal or demo use only.
You must log in or register to reply here.
Share:
Facebook Twitter Reddit Pinterest Tumblr WhatsApp Email Link