Esoteric Recordings are pleased to announce the release of a new 2 disc CD and DVD collection of recordings celebrating the musical life and work of RAY THOMAS. Ray was a founder member of THE MOODY BLUES, a band whose legacy and classic albums need no introduction. He was a musical pioneer, introducing the flute into the context of a rock band before such luminaries as Ian Anderson of Jethro Tull. Ray’s contribution to the Moody Blues was immense, and when the band went on a hiatus in the mid-70s, Ray recorded two solo albums for the band’s THRESHOLD label: “FROM MIGHTY OAKS” and “HOPES, WISHES & DREAMS”.

When the Moody Blues regrouped to record the album “Octave”, Ray was once again within their ranks and would appear with the band on record and on stage until he retired from the band and live performance in 2002. The release of a limited edition boxed set of his solo work by Esoteric Recordings in 2010 saw Ray return to the studio to record the song “The Trouble with Memories” (co-written with keyboard player and arranger Bias Boshell).

Sadly, Ray passed away in January 2018 leaving behind a wonderful legacy of work, including his very last song (co-written and recorded with the Welsh musician Ryland Teifi): ‘Dada’s Song’, a piece which lyrically paid homage to Ray’s Welsh ancestry. This compilation gathers together a collection of songs from the first line-up of the Moody Blues, Ray’s solo album and includes the first ever release of ‘Dada’s Song’. It also includes a bonus DVD (NTSC / REGION FREE) which features the 5.1 surround sound mix of Ray’s 1975 album “From Mighty Oaks” (originally featured on the limited edition 2010 boxed set, unavailable for some years and included here due to much demand from fans), the 1975 promotional video of ‘High Above My Head’ and the new video for ‘Dada’s Song’ exclusively shot for this release. The booklet features many tributes from those who worked with him, including former band mates Denny Laine and Mike Pinder.

“Words & Music” is a heartfelt tribute to a wonderful and much missed musician. 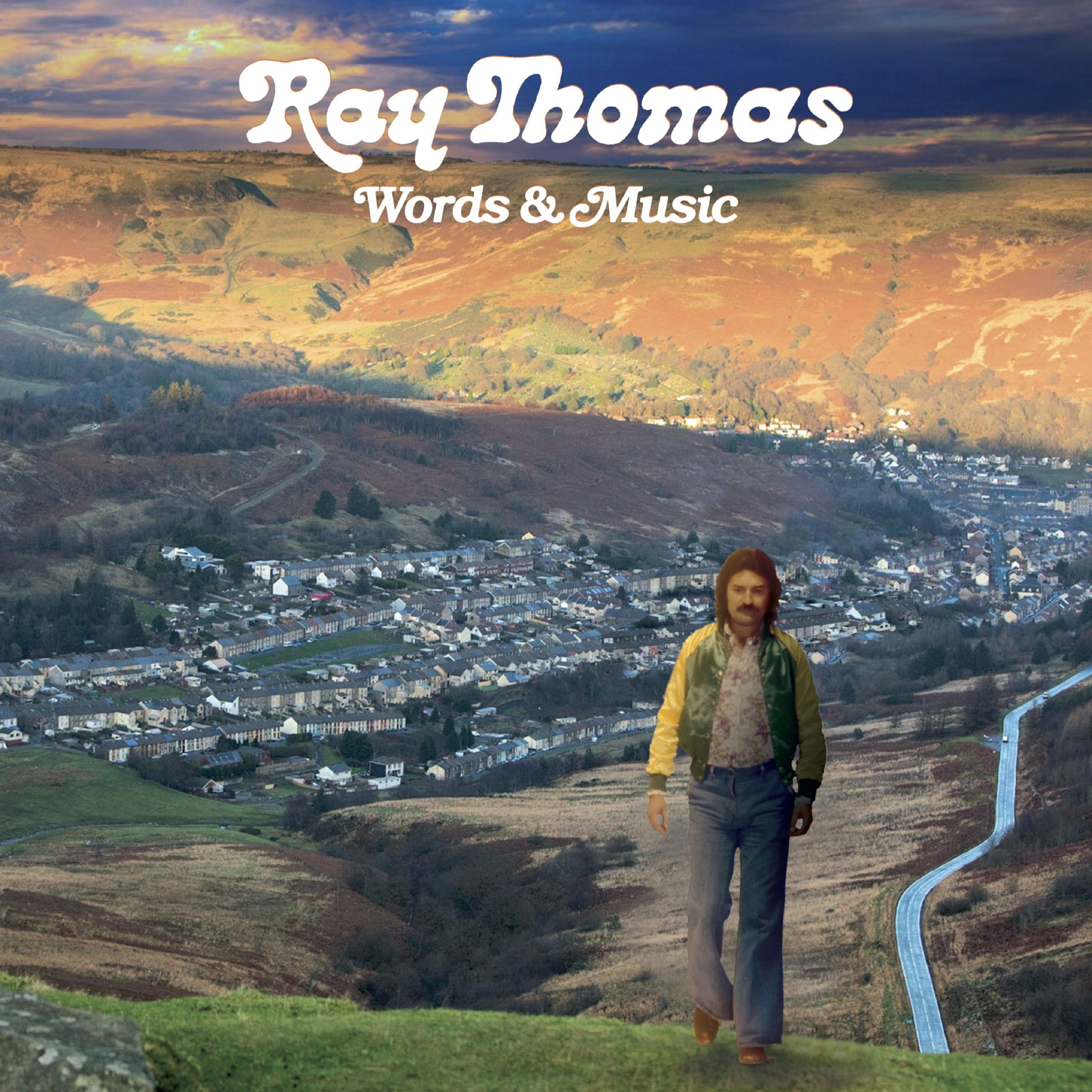 ar surround said:
I wonder what codec is employed in this 5.1 release. The 2010 set is Dolby.
Click to expand...

My guess is that the DVD will be a straight copy of the iso file with new graphics printed onto the disc.

Simon A said:
My guess is that the DVD will be a straight copy of the iso file with new graphics printed onto the disc.
Click to expand...

I'm not so sure about that, only because this DVD contains a new video for a song that's not on the original 2010 DVD called "Dada's Song", so therefore, I think this will be a different DVD from 2010, probably this time with both Dolby and DTS 96/24 audio.
I'll see if I can confirm that with Mark Powell, who runs Esoteric.

rtbluray said:
I'm not so sure about that, only because this DVD contains a new video for a song that's not on the original 2010 DVD called "Dada's Song", so therefore, I think this will be a different DVD from 2010, probably this time with both Dolby and DTS 96/24 audio.
I'll see if I can confirm that with Mark Powell, who runs Esoteric.

BTW, any idea who did the 5.1 remix as there's no mention in the Quadraphonic Discography of a prior QUAD release?
Last edited: Jul 10, 2020

The "5.1" mix is pretty much the quad mix with some reverb in the center. Check out the poll thread, I included a screen shot of the wav files of one of the tracks in the thread.

Please post your thoughts and comments about this new 5.1 release from the Ray Thomas Box Set. Below are scans from my autographed copy. :phones(y) :) Despite our hopes, wishes and dreams, the surround mix is 5.1 Dolby Digital only, while the "bonus" Promo Video of "High Above My Head" is in...
www.quadraphonicquad.com

That being said, I love Ray Thomas' stuff and this gives people who missed the original 2010 release a chance to get this music without paying a fortune for it.
C

Wish there was more unreleased songs. Ray had a very unique voice!!

There was a discussion, some time ago, whether or not the original LP release was actually a "hidden" quad mix, QS-encoded, at Ray's suggestion. Has anyone ever been able to confirm that?

jaybird100 said:
There was a discussion, some time ago, whether or not the original LP release was actually a "hidden" quad mix, QS-encoded, at Ray's suggestion. Has anyone ever been able to confirm that?
Click to expand...

Not big on Mighty Oaks besides “Wish We Could Fly”, which should had been a Moodies song. It would had been a show-stopper for sure. I do love the HWD album though and I never tire of it. It seems though that the first one gets all the attention for some unknown reason?

Ray was my favorite Moody and I was so sad to hear about his passing. He always got so much love from the audience though and I am sure that meant a lot to him. Funny thing about that band is the one who I always liked the least (John) is the one now carrying the torch forward as Justin seems sick of the whole thing. And John even pays tribute to Ray in his shows. Kind of gives me a whole new appreciation of the man for sure.
Last edited: Jul 12, 2020

I seem to think that is way less than what I paid for the Mighty Oaks deluxe set.

I preordered this from Cherry Red anyway but I really wish someone would say what codec is used for the 5.1.

Did anyone receive this release yet?

Mine shows as "currently processing" at Cherry Red.

rtbluray asked:
Did anyone receive this release yet?

Not yet...
...but given my eagerness to receive it , I'm tracking the order near hourly!

It's been most half a century since these 3 albums, in reverse order, dominated my turntable:
Labelle "Nightbirds'
New Riders of the Purple Sage [as self-titled]
Ray Thomas "From Mighty Oaks"

As exquisitely recorded as the second one above is -- and if you've never heard it through your decoder of choice, I urge you to do so -- only the first and third were released in quad.

Owned the SQ version of "Nightbirds" from the day I found it at the (still extant) hippy-dippy record store in inner city Minneapolis known as 'The Electric Fetus.'
(Having lived a mere block away from it at the time, and still working in radio broadcasting then, I bought damn near EVERY record wanted from that marvelous store!)

Bought "From Mighty Oaks" a couple of times over the years (at least TWO vinyl replacements, 8-tracks, SACD, etc etc ad nauseum) and had made more than one attempt at "quad mastering" versions of it -- via EV-4 decoding, with all signals raised to equal levels when dubbed -- such that my RtR SANSUI QD-5500S displayed all 4 (derived) channels at equal strength.
When Ray's 'Rock-a-Bye-Baby-Blues' came soaring through my basement apartment that was *nirvana*!!!

Even better, my then-workhorse quad amp PIONEER QX949-A displayed, via its scope, that my dubs had indeed all been recorded per-channel signal-strong as I both wished and had attempted.

Far less so my many attempts DISCRETELY to dub my numerous quad 8tracks --->> RtR.
Had I owned the TEAC 4ch Dolby unit acquired years later, I might have kept trying.
But boy howdy how the price of RtR blank tape *exploded* around 1980-82!

So, when the first [digital] multi-channel release of 'From Might Oaks' came out my lust to own it was unbounded. And -- without regard for critical cavils or quarrelsome nit picking -- fully satisfied.