Shades of Chet: A Tribute to Chet Baker from Fone Jazz is not only the #1 DSD Best Seller at NativeDSD Music but it is also our Album of the Week. Save 20% on this excellent Jazz Tribute Album by using the code AOTW at the Native DSD Music store through Friday, February 28, 2020.

After a highly successful tour, Shades of Chet was released in 1999. This album is an absolute reference album for Italian jazz.

It originated from the project known as "Tribute to Chet Baker" featuring the five most famous Italian jazz musicians in the world. The tribute to the great trumpet player, with whom three members of the tribute group played (Rava, Pietropaoli, and Gatto) is immediately understood not just in the sense of tribute, but in the sense of revival: in the style of the leaders, both so close to the poetics of Baker, in the choice of songs (not just those made famous by Baker, but also those he loved, although he played them rarely), in short, in the recreation of an atmosphere, crystallized in those golden 1950s, the years of troubled youth of Baker, to which most of the songs can be traced back.

One of the album's unique features is that the leaders of the quintet (Rava and Frescu) are recorded on two different channels (Rava the left, Fresu the right). In addition, both have done one song solo or "alone", in a personal homage: to Chet Baker. Shades of Chet was produced by Biagio Pagano and Mario Guidi. It was recorded by Giulio Cesare Ricci using his Signoricci system, entirely in analog using tube microphones and electronics. The Analog Master was recorded with the Ampex ATR 102 2 track at 1/2 inch 30ips. Mr. Ricci used dCS Analog to DSD converters to transfer the Analog Master Tape to Stereo DSD 64 to create this very special DSD release.

25% store wide if you spend more than $50.00 at HDTracks. That is a super savings.
Use code FEBHD2550 for 25% off storewide when spending $50 or more. Homepage | HDtracks - The World's Greatest-Sounding Music Downloads

Anybody MAD? Head to Deep Discount!

The Shark Madness Sale is here! Take an extra 10% off orders with code HATTER - click for details

ImportCDs is having one of their rare 10% off sales

Dang, they always announce their sales just after I’ve laid out a whack of money on an order somewhere else

4-earredwonder said:
Deep Discount has the upcoming Alan Parson's Project BD~A of Ammonia Avenue on sale for $14.91 and if you wait for their frequent 15% off sales, it's $12.67
Click to expand...

I understand this is the UK import.
Can we be sure it will play on US decks?
I don’t see a US release of the standalone disc, at least not on amazon.

BTW ... happy as I am to see this release, anyone (Tad?) have a clue why this album before Turn of a Friendly Card or even I Robot? Though AA was the Project’s last Gold record, the other two sold up to four times as well (depending on country). Maybe Alan would simply rather do this one now? It’s a great candidate for surround, no question, and I can’t wait to hear it. But truly there isn’t a work of his that isn’t.

The Channel Classics label is running another big sale, in celebration of its 30th anniversay: 30% off all orders over 30 Euros, with a free CD-quality download of its 30 Years of Channel Classics compilation album.

4-earredwonder said:
ImportCDs is having one of their rare 10% off sales
Click to expand...

Yay! Thanks heaps. When these happen, I usually jump right onto them. I probably had better, again: with the recent sharp fall in our dollar's value against ICDs' natural USD pricing, I might almost break even with what I'd've paid outside the sale, if I'd bought things a month or two ago! (First world problem, I know...)

20% Off Labelwide Sale - All 2xHD DSD Albums thru April 6, 2020, with code GREATSALE
Most of the albums are DSD Exclusive, Not Available on SACD selections.

Today we put the 2xHD family of over 100 albums In The Spotlight. That means a smashing 20% discount on ALL of the excellent Analog to DSD classic Jazz, Blues and Classical music releases from the 2xHD, 2xHD-Resonance, 2xHD-Storyville, 2xHD-SWR, 2xHD-Naxos, and 2xHD-Ondine labels.

The sale lasts through April 6, 2020! Use offer code GREATSALE at the Native DSD Music Store to get the savings. This includes many 2xHD releases in DSD 256 and most recently some of NativeDSD’s Stereo DSD 512 editions, created by NativeDSD Mastering Engineer Tom Caulfield using the special Signalyst EC modulators just for our listeners!

2xHD is a unique music company. They partner with some of the top Jazz, Blues and Classical music labels including Storyville, Resonance Records, Jazzology, SWR, Ondine and Naxos to bring you special Analog to DSD transfers of some of the best-known albums in their catalogs. This includes some of the most popular audiophile releases available including the legendary Jazz At The Pawnshop series – now available in Stereo DSD 256 and even Stereo DSD 512!
Click to expand...

In this blog we have the best 2xHD albums highlighted for you guys. There are multiple different labels under this umbrella, with all something different.
blog.nativedsd.com

PopMarket 10% off and free shipping: 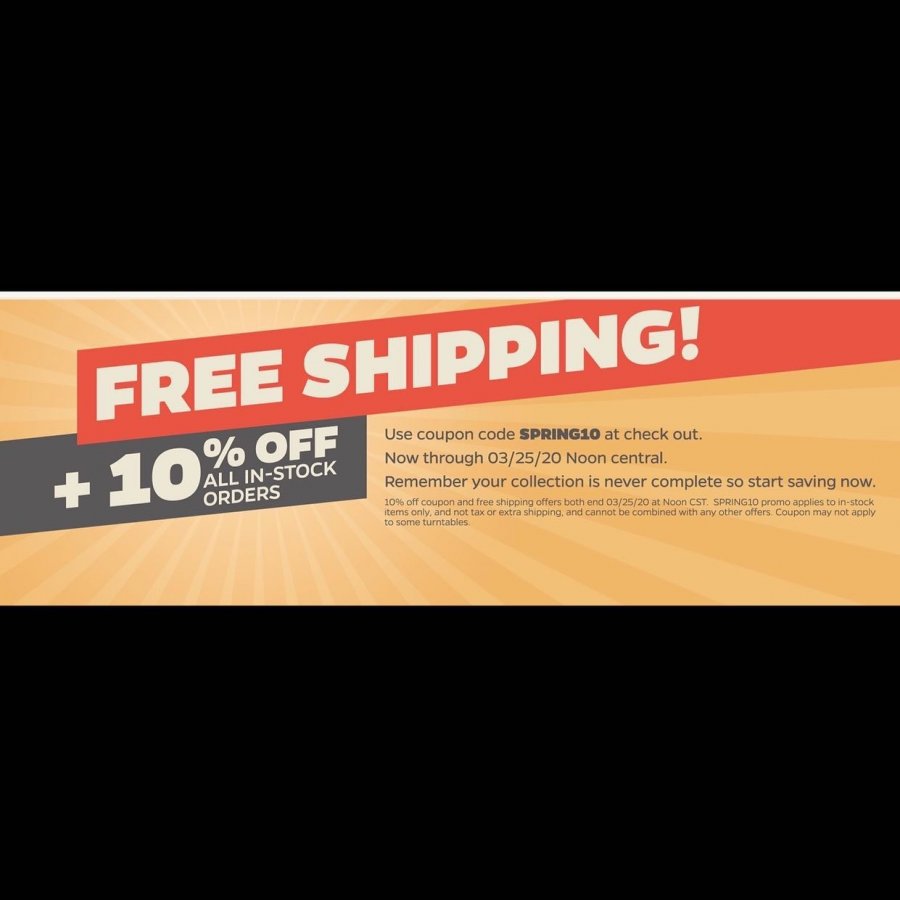 Thanks for the code. I got the regular Home Invasion DTS DVD :

This coupon is still active plus if you order through the Rakuten app, you get free shipping and 6 percent cash back. Great deal. The new Be Bop Deluxe Axe Victim is on There for pre-order.

Juggsnelson said:
This coupon is still active plus if you order through the Rakuten app, you get free shipping and 6 percent cash back. Great deal. The new Be Bop Deluxe Axe Victim is on There for pre-order.
Click to expand... 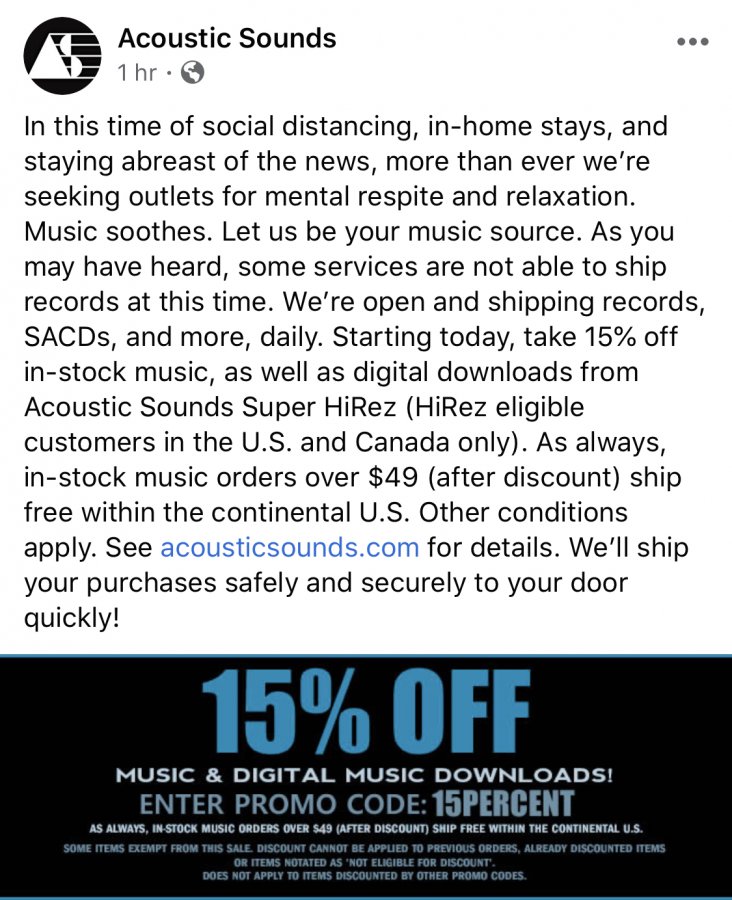 I’d love to take advantage of this Acoustic Sounds sale, but with job cuts coming on Monday, and it’s probably 50/50 I’m one of them, I need to hold off for now

20% Off This Week - The Complete Piano Quartets by The Brahms Project in DSD Stereo & DSD Multichannel
Use code AOTW through March 27, 2020, for the discount

20% Off The Brahms Project in DSD Stereo & DSD Multichannel!

The Complete Piano Quartets from The Brahms Project on the Eudora label is our Album of the Week. Save 20% Off this excellent native DSD 256 Stereo and DSD 256 Multichannel recording through Friday, March 27, 2020, with offer code AOTW at the Native DSD Music store starting today. It is also available in Stereo and Multichannel DSD 128 and DSD 64.

The Brahms Project was recorded directly to DSD 256 Stereo and DSD 256 Multichannel with no DXD processing using Neumann U89i and Schoeps microphones, the Horus Analog to DSD 256 converter from Merging Technologies, Grimm Audio cables, and Amphion Loudspeakers by Gonzalo Noque. NativeDSD brings this fine album to our listeners in the recorded DSD 256 resolution for your complete listening pleasure.

Reviewers tell us “Based on Neumann U89i and Schoeps microphones, the Producer and Recording Engineer Gonzalo Noque succeeded in providing a transparent, finely structured recording convincingly mirroring the very dynamic performance of the musicians and integrating the three strings and the Piano (Steinway & Sons) into a sound space with almost ideal acoustics."
Click to expand...