LuvMyQuad said:
Ok, so what I'm getting from this is if you did have an AVR/AVP that was 360 capable, Tidal would recognize it and pass the info as intended. Correct?
Click to expand...

Perhaps Not. Only for Atmos tracks.

The Tidal App decodes 360RA, but seems to generate only stereo 2 channles at the output, even on HDMI.

If the Tidal App is 'updated' to do what you say (AVR 360 capable), we are still waiting to hear from the first that is able to do it.

jamesc said:
So weird, it's like Sony wants it to die. Why not add decoding to their blu-ray players and Playstation?
Click to expand...

Sony has a history of trying new stuff, and occasionally losing big time. Betamax and Elcassette come to mind.

As for the Tidal/Amazon apps, they recognize and play 360 content in “binaural stereo” only via the mobile app. No AppleTv/Firestick/ChromeCast/SmartTv app is actually capable of playing the 360 material, it switches to high def stereo, so no luck on HDMI passthru.

I also tried the ;())&@&) Heos app on my iPhone. When I try to play any 360/atmos music I have on my favorites in Tidal to my Marantz SR7015 it gets an error saying that it cannot play those songs. No problem with stereo only songs

And here’s the error message 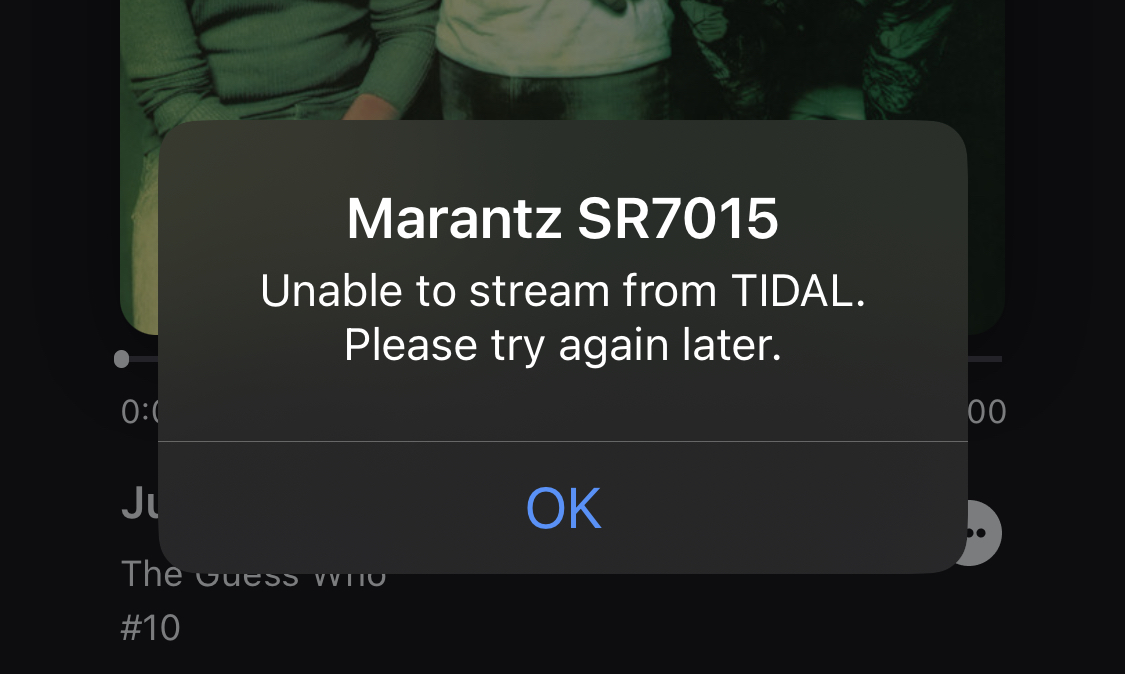