Spinning on the Turntable now... 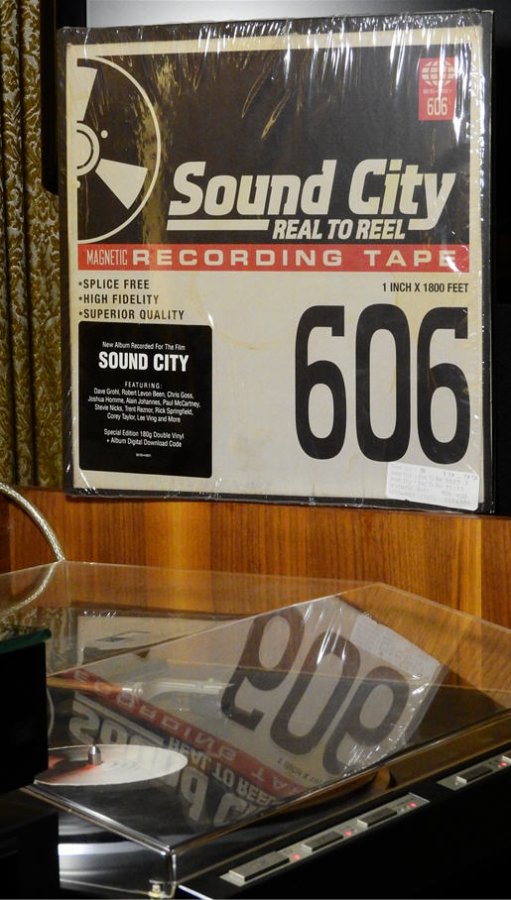 (Especially all of side 2) 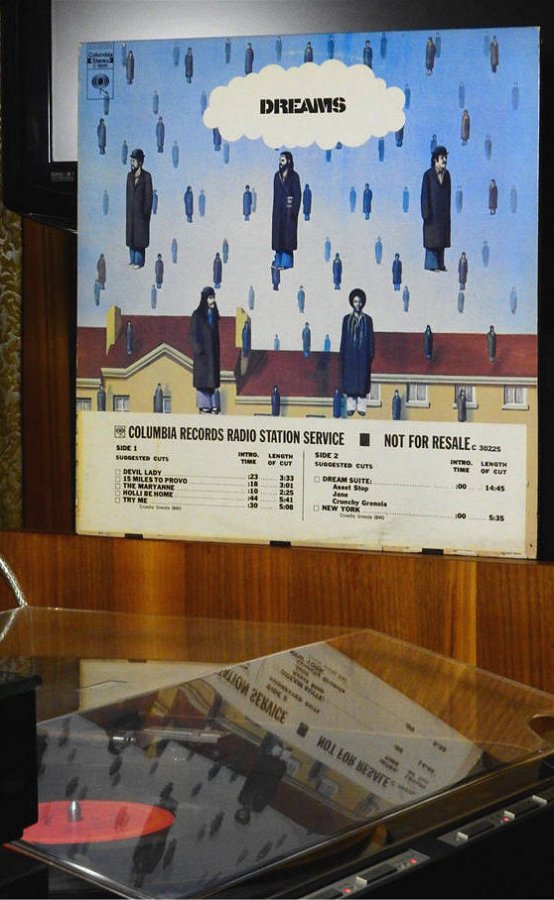 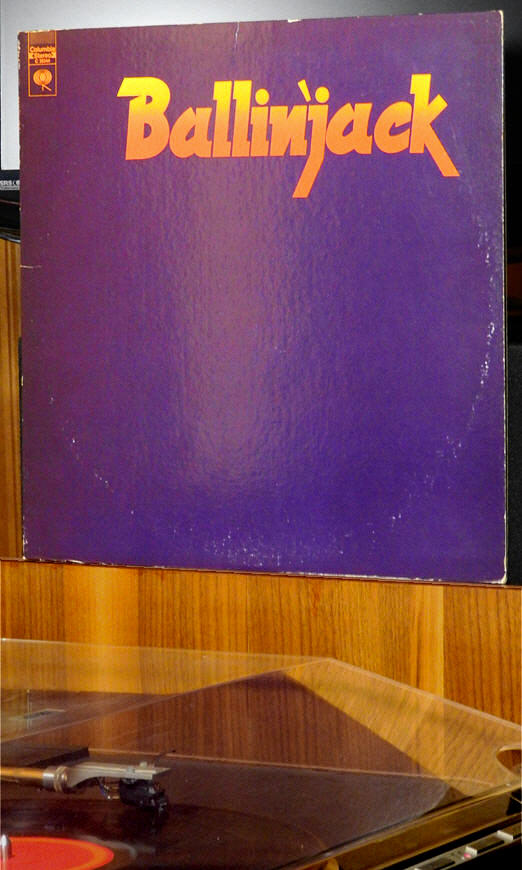 Never heard of them before.
And they were from right down the road in Seattle.

The Rang said:
Never heard of them before.
And they were from right down the road in Seattle.
Click to expand...

If you like the late '60s horn rock sound check'em out!

An early '70s horn rock band
(as the old radio commercial said "Sod... Like in Grasssss... Available on Decca records) 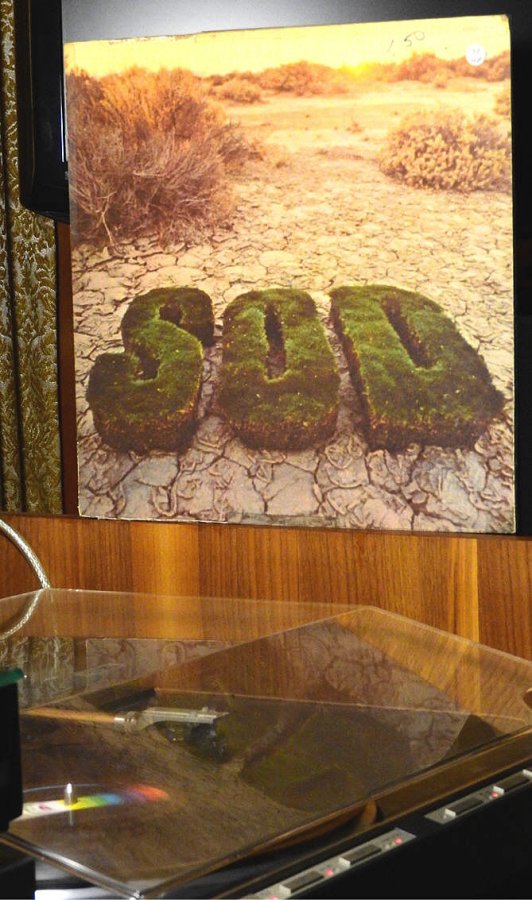 Gimme 4 said:
Don't ya just hate it when that happens?
Click to expand...

It's my first! Is there any particular advice for possibly solving it? 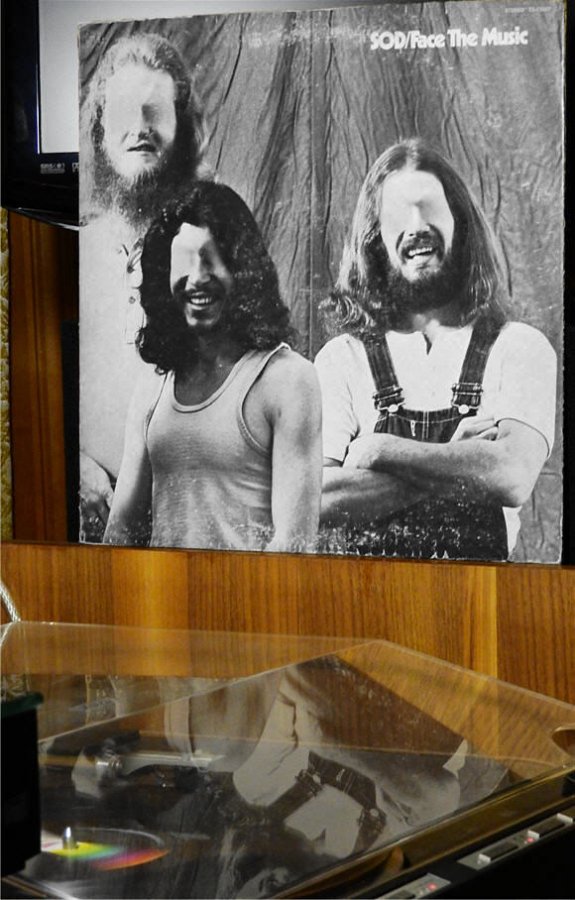 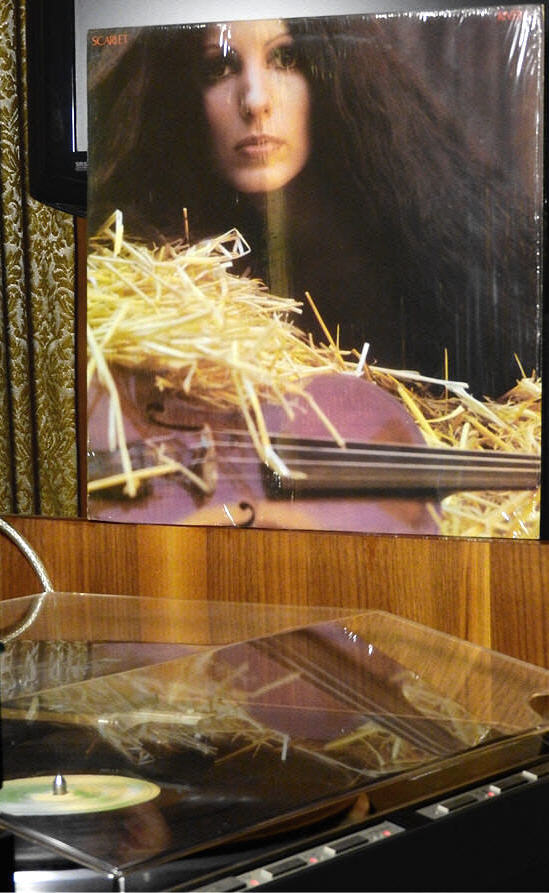 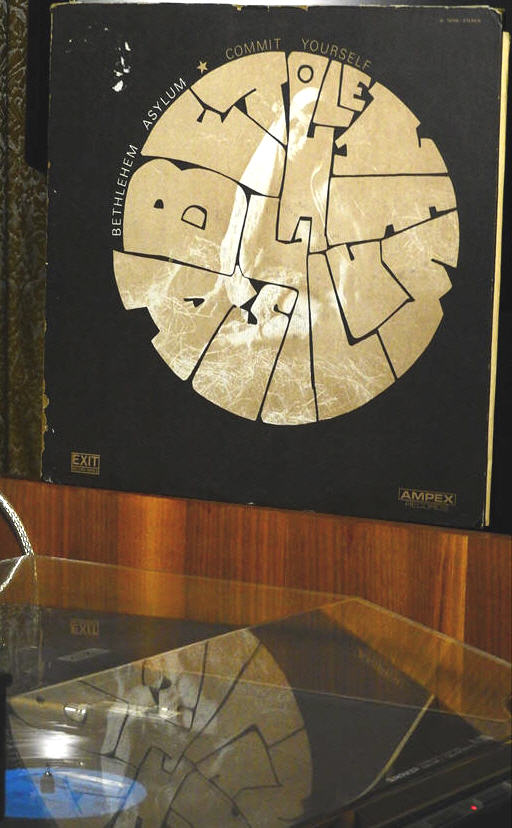 The record sounds MUCH better than this YouTube video but looks like this is the best sample they have.

Gain-riding, compressed and muddy... but better than nothing!

edisonbaggins said:
It's my first! Is there any particular advice for possibly solving it?
Click to expand...

Apologies for sounding like a broken record...I have never encountered a skip when playing records on my linear tracking TTs, maybe it's the way it plays the groove or maybe it's the very light weight (1.5 g)...now, I am not saying it's impossible cause I know it will happen eventually but I guess it's less likely than playing it on a pivot arm TT... 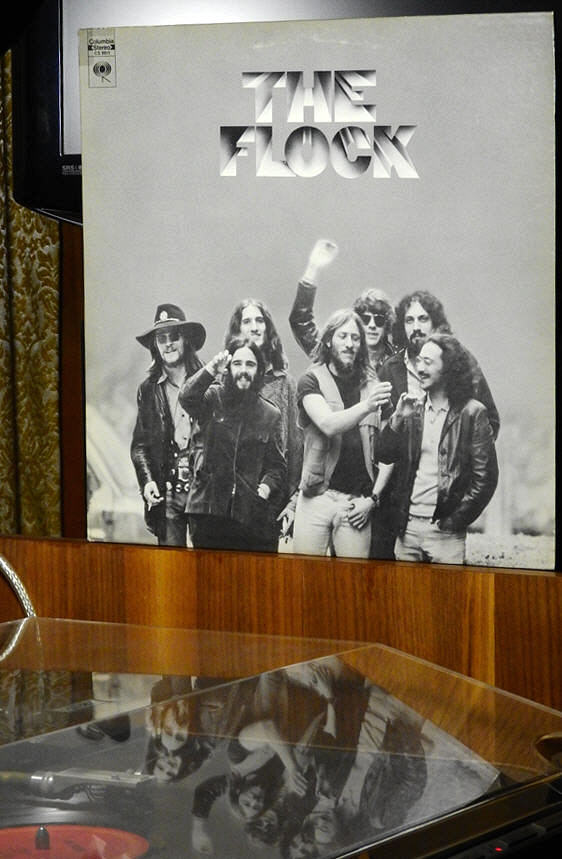 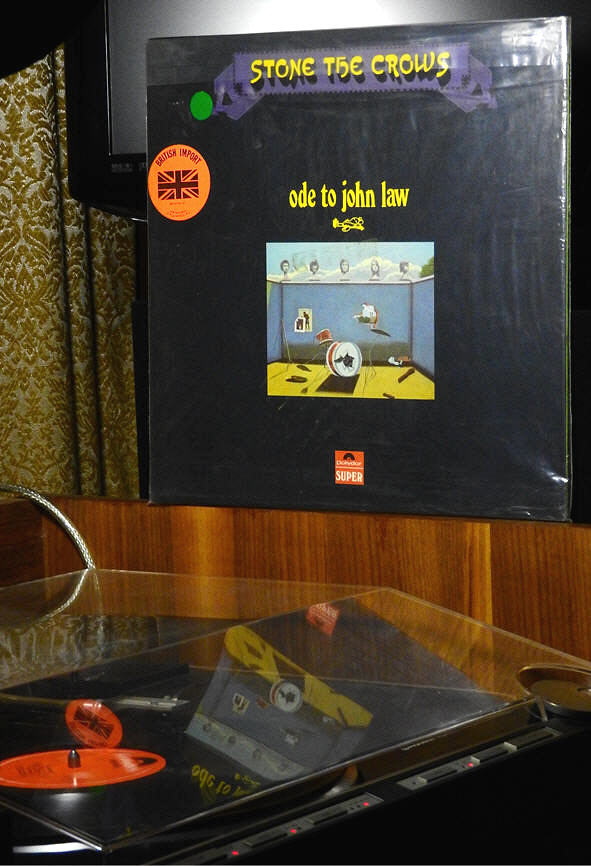 1- Housekeeping issue. ALL posts that were mostly/completely about turntables, phono cartridges and record cleaning have been moved to their own thread. Some great discussions, for sure. We need to keep this LP thread on topic. I'm no exception. I'll try to be a better person and hope you'll all follow suit.

3- Quad pressings should be posted on Quad thread, rather than here.

Thanks all for your help. Makes QQ more efficient and frees Mods to talk about music & gear, rather than spending time housekeeping.

Hmmm. Well, when I said same pressing, I assumed there were only 1, hence my statement. I'll give it a spin again and see if I still feel the same way. The Garage Inc I mentioned sounded spectacular. Only, in the quiet passages between songs, it sounded like sandpaper! That's why I got rid...
www.quadraphonicquad.com

Heart Magazine: Baggy, I love this album. The first mixes/takes released were without Wilson sisters' consent. They had been on Mushroom records. They moved to CBS/Portrait. Wilsons took Mushroom to court asking for a cease & desist order against Mushroom. Judge refused, but gave Wilsons permission to rerecord and/or remix tracks so that the album would be to their liking. Their redone album has been in print on vinyl, CD and SACD 2ch since then. I've got a mint LP of the original mix. Highly doubt you'll ever see that version in print again. Also bought the redone album on LP, CD & SACD. Both Magazine and Dreamboat Annie are now owned by Capitol (now Universal.) IMHO, Dreamboat, Little Queen and s/t Capitol album are the only Heart albums that are better. SACD (redone) is best Magazine. dbx encoded LP is best Dreamboat Annie (requires dbx decoder.) Otherwise, Nautilus 1/2 speed LP is best analog Dreamboat Annie.

Louis Armstrong plays WC Handy is a great album. I bought this on CD (different cover) and single-layer SACD. One of my most played 2ch SACD's. Many of Armstrong's late 50's & 60's albums have stunning fidelity for their time. This one is no exception. Great music & fidelity! Great find! Looks like an early/1st mono pressing, Baggy.

Ballin'Jack - big fan of this band. Have all 4 of their albums. Friends of Hendrix from Seattle. This is the first LP and possibly their best. All have their moments. Met drummer Ronnie Hammon in the late '90's when he was with War. Hammon was floored that I knew of this band. Got to hang, shoot pool and a few shots with Lonnie Jordan and War in between sets at Shades (RIP), Aptakisic, IL. Also, caught War live at Chicago Theater on New Year's Eve '13/'14 w/Cheech y Chong. Hammon was not on drums then, however. Lead singer/bassist Luther Rabb (RIP) was also a member of late '70's/early 80's War lineup. This LP is the only one that has come out on CD. It was on a UK CD and a Japanese one. There was also a German counterfeit CD featuring the first 2 LP's. Waiting for Sony & Universal to release the other 3 LP's officially on CD. Until then, it's the LP's..

Dreams - One of my most played LP's & CD's. If you like BS&T, you'll love this disc. Brecker Brothers (RIP Mike), Billy Cobham, John Abercrombie (RIP) & Barry Rodgers (RIP) were part of this band. Rodgers was best known for salsa horn arrangements. No, this isn't a salsa album. With the tens of thousands of discs in my collection, this gets played once or twice a year. I can't give a better recommendation than that.

Quad Linda said:
Ballin'Jack - big fan of this band. Have all 4 of their albums. Friends of Hendrix from Seattle. This is the first LP and possibly their best.
Click to expand...

Don't you just wish the first Chicago Transit Authority and Chicago II had been recorded with the same quality as that Ballin'jack album? I know I do! Probably mostly tube equipment was used. Outstanding quality even by today's standards. I have all the Ballin'jack albums too including the live one. I Need to get that out and play it. 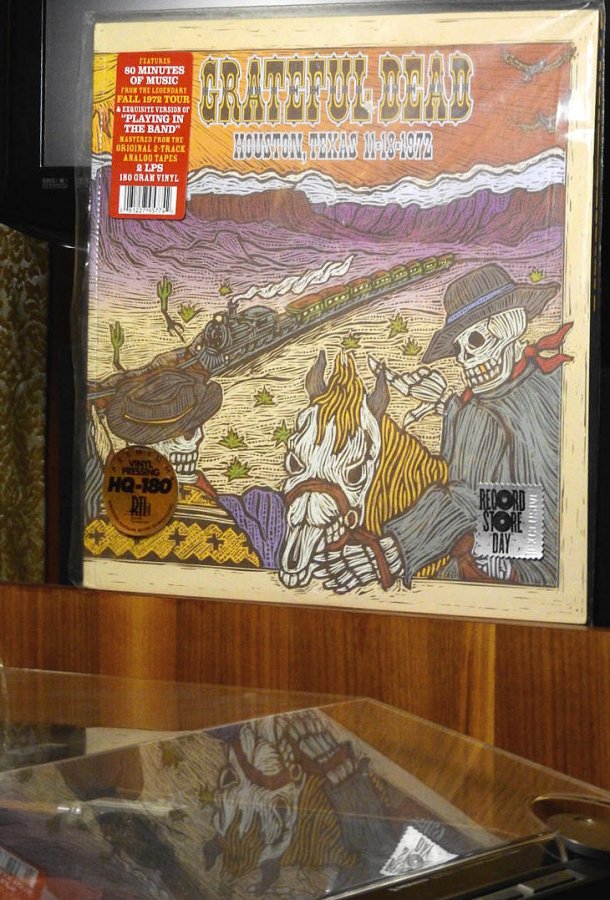 I just finished spinning Buzzard Luck, Ballin' Jack's second LP. Hammon told me a story about some ditzy chick asking him if he was Paul or Jack?!?!! I would have answered, no I'm Pink.

Personally, I think that every copy I've ever heard of Chicago II sounds kind of flat in the high end. DVD-A, BD and SW remix CD are the only ones that really sounded good to me. Bought II on cassette, 2ch 2 LP, 2 SQ, 2 CD, single CD, DVD-A, remixed SW CD, and BD. There are other albums of that time have been sonic problems. I chalk it up to n/r systems being new and imperfect, and the engineers' lack of history with those systems/devices. Aqualung, Deja Vu, and Abraxas come to mind in being horsed up in many issues, especially CD's. Yet, other masterings sound fine on each of those titles.
You must log in or register to reply here.

How to: Hanging Record Frames