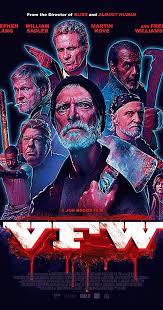 Steven Spielberg's WAR OF THE WORLDS [Paramount/UHD4K] Coming May 19th! 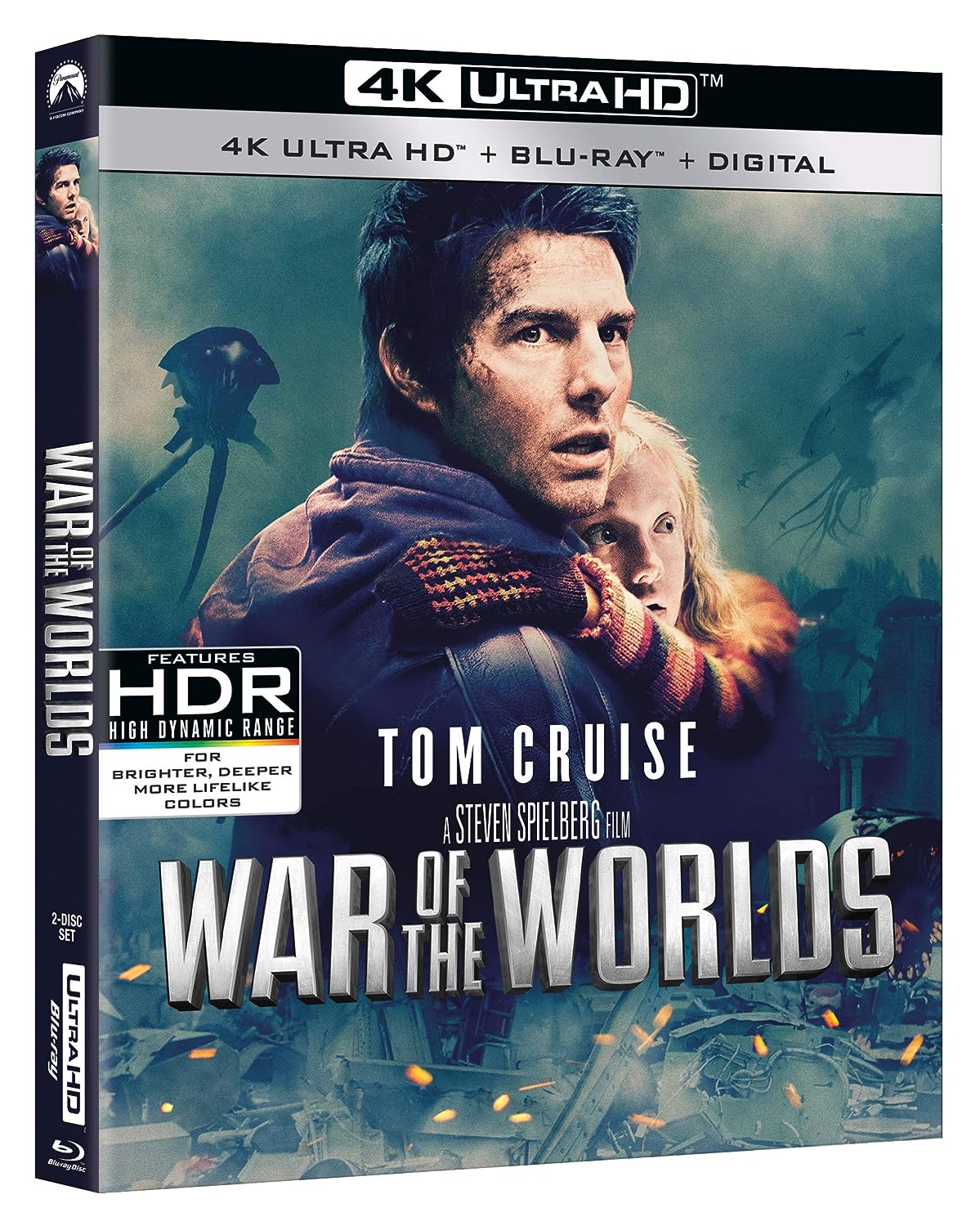 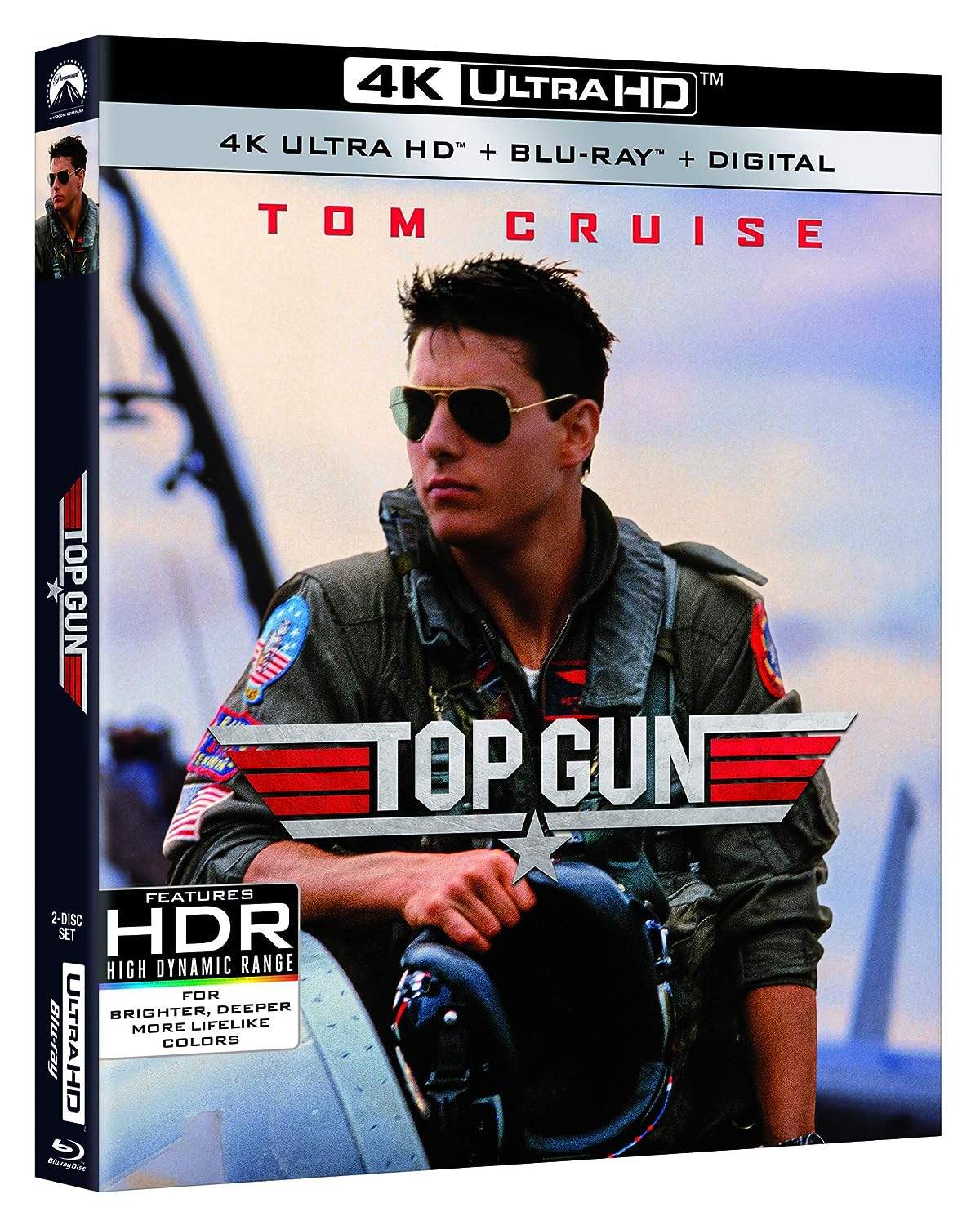 Snood in for this one

I wonder if War of the World and Top Gun will have Atmos?
S

4-earredwonder said:
I have owned THE FOG on Laserdisc, VHS, DVD, Blu Ray and NOW UHD NATIVE 4K and believe me, it's the BEST IT HAS EVER LOOKED. Studio Canal has not only RESTORED the film negative from any wear or damage but has enhanced the soundtrack to where I found myself jumping more than a few times from ever so realistic sonic jolts.

ALL UHD 4K discs are REGION FREE and sometimes the included Blu Ray disc might be region locked. I'm utilizing an LG OLED 3D TV, with an OPPO 205 utilizing a Shunyata Research HDMI cable going directly from the OPPO to the LG TV's HDMI input. The picture is as sharp as a tack [some readers complained a lot of it was out of focus] and the colors are vibrant whether day or night locations. As far as being DARK and GRAINY: HOGWASH.

BUY with ABSOLUTE CONFIDENCE. If your TV monitor is set up properly, you will hopefully see what I see ..... AN INCREDIBLE NATIVE UHD4K TRANSFER!

BTW, the 3D Transfer of Terminator 2: Judgment Day was likewise panned in video reviews. On My System ..... it was SUPERB.

After reading a lot of pans on Amazon, I'm under the impression that a LOT of viewers have NO CLUE how to properly calibrate their TV Monitors.

It just so happens that I have the same TV and Oppo player as you. I have a different brand of cable though, Monoprice high speed. I've ordered The Fog UHD based on your advice through Amazon. It won't be here untill May though, as it's an import from England.

GOS said:
I wonder if War of the World and Top Gun will have Atmos?
Click to expand...

Gene, BOTH War of the Worlds and Top Gun have DOLBY ATMOS Soundtracks, are NATIVE UHD4K [NOT UPSCALED] and have Dolby Vision/HDR.

That darn shark will never have looked so "fake" as it will on this version. lmao

GOS said:
That darn shark will never have looked so "fake" as it will on this version. lmao
Click to expand...

I'm sure Spielberg will ensure through digital manipulation that it won't happen, Gene.
P

4-earredwonder said:
I'm sure Spielberg will ensure through digital manipulation that it won't happen, Gene.
Click to expand...

He will also have to touch up the wires attached to the buoy at the beginning.
T

I watched Mel's The Passion of the Christ on BD last night - an essential Easter watch. Haven't seen it for a few years since I upgraded all my gear and the surround mix was actually pretty discreet in all the crowd/thunder/quiet scenes with bird tweets. Some of the crowd yelling came right from behind your head too which was good to hear. For an "old" BD, it's still looking pretty good but would benefit from a new scan, maybe a touch-up of some special effects and a 4K release.

atmos reviews for the Star Wars Saga are up

The film begins with the scratchy, dated fanfare to open. The Atmos track proves capable if not a bit stunted. Volume increase from calibrated reference norms is not vital but it does help. The sound design can be little cluttered during the opening assault on the blockade runner, with music and effects and some dialogue competing for dominance, primarily the former two. This holds for several of the larger scale action scenes, which have some underlying muddiness to them, though seemingly at the source. But the track is mostly good-to-great. Music is every bit as wide, detailed, and immersive as it should be. Action scenes do deliver some wonderfully robust depth and impressive surround integration and movement. The overhead channels don't offer anything obviously discrete but do carry elements in an effort to create a modestly more immersive sound field, never betraying the sound design but only improving it where it should, not necessarily where it can. Alderaan's destruction sends an impressive concussive blast through the stage, ditto the Death Star at film's end (spoiler alert?). One of the standout moments comes in chapter 13 when Obi-Wan makes a strange animal sound when rescuing Luke. It's enhanced here, sounding larger and louder and thereby more effective in its intensity and dispersion than ever before. Atmospheric effects also dot the film to positive effect. There is a lot of humming and radio chatter in a control center in chapter 30, a little symphony of sonic detail that brings the location to life. Other environmental details fill in scenes to good, immersive, effect, such as in various scenes in the kitchen and dining room at Uncle Owen's farm and, of course, inside Mos Eisley. Dialogue delivery is faultless. Atmos suits Star Wars and even if, like the video, there's room for improvement, the movie has never sounded so good for home listening
Click to expand...

Empire's Dolby Atmos soundtrack fares a good bit better than its video counterpart. Once the volume has been upwardly adjusted, listeners will find a well-versed audio presentation that takes advantage of its newfound top end channels without fundamentally altering the established sonic landscape. The overheads are used to very good, natural effect throughout the film, with many fine examples coming during the opening act on Hoth. Ambient effects in Echo Base's command center swirl about with some interestingly unique tones, offering both dispersed and discrete elements. Cold winds bluster through to good effects with some helpful overhead integration when Han searches for Luke early in the film. When it's announced that "the first transport is away," listeners will feel like the sound is emanating, at least somewhat, from the top. Ditto a shot soon to follow announcing "Imperial walkers on the north ridge." Various explosions during the Hoth battle result in structural collapse. These details bear the fruits of quality top end detail and low end extension, the former particularly impressive as snow and debris seem to tumble atop the listener. An X-Wing seems to fly over during the last moments of escape in chapter 18 as well. Add the general chaos of battle and the swirling surround elements, nicely detailed laser blasts, deep walker footfalls, and general din and the whole segment delivers a fantastic sonic experience. Similar environmental traits may be heard on the Falcon as repairs take place in chapter 24 and, of course, on Dagobah, which comes alive with a symphony of eerie, creepy-crawly sounds as Luke meets Yoda and trains in the ways of the force. Climactic clashes within Cloud City, both the running laser battle as well as the lightsaber duel between Luke and Vader, make good use of immersion and overhead components. Musical clarity is excellent and it's properly balanced around the listener, dominant across the front but not shy about engaging surrounds, too. Dialogue delivery never stumbles. This is a very high quality presentation that will leave fans ecstatic.

Unlike The Phantom Menace and Attack of the Clones, Revenge of the Sith's Dolby Atmos soundtrack only requires a small upward volume adjustment. It's fairly stout at reference but just a little more push -- maybe half of that compared to the other two prequel films -- results in another sonic extravaganza. The opening space battle is a treat, delivering an endless string of laser blasts, quickly maneuvering light craft, and rumbling cruisers. It's a chaotic maelstrom of activity that includes plenty of overhead engagement, some discrete, most simply filling up space for a more rewarding stage envelopment. Action scenes throughout deliver striking immersion and depth. Lightsabers swirl and clash with that trademark whooshing effect, complete with a hefty low end support to give them appropriate weight. Battles on Kashyyyk, Utapau, and Mustafar rage with all of the involvement and immersion one could want, with distinct Star Wars sounds swirling and encircling the stage to joyful fulfillment. Certainly atmosphere is impressive, too, in those quieter moments of reflection -- an intimate scene at a performance art routine when Palpatine tightens the screws on Anakin, for example, or wind blowing through Palpatine's now-windowless office in chapter 28 -- when listeners will enjoy perfectly defined subtleties that elevate sets into living, breathing environments. Add perfectly focused, detailed, and prioritized dialogue, and this track delivers the goods in every way.

El Cid (1961) BD:
1. A new 5.1 mix that's hardly got squat in the surrounds (except some reverb when someone's shouting in an echoey place) or LFE.
2. Front and centre separation is really good though.
3. An entertaining watch. Chuck Heston was good as usual. 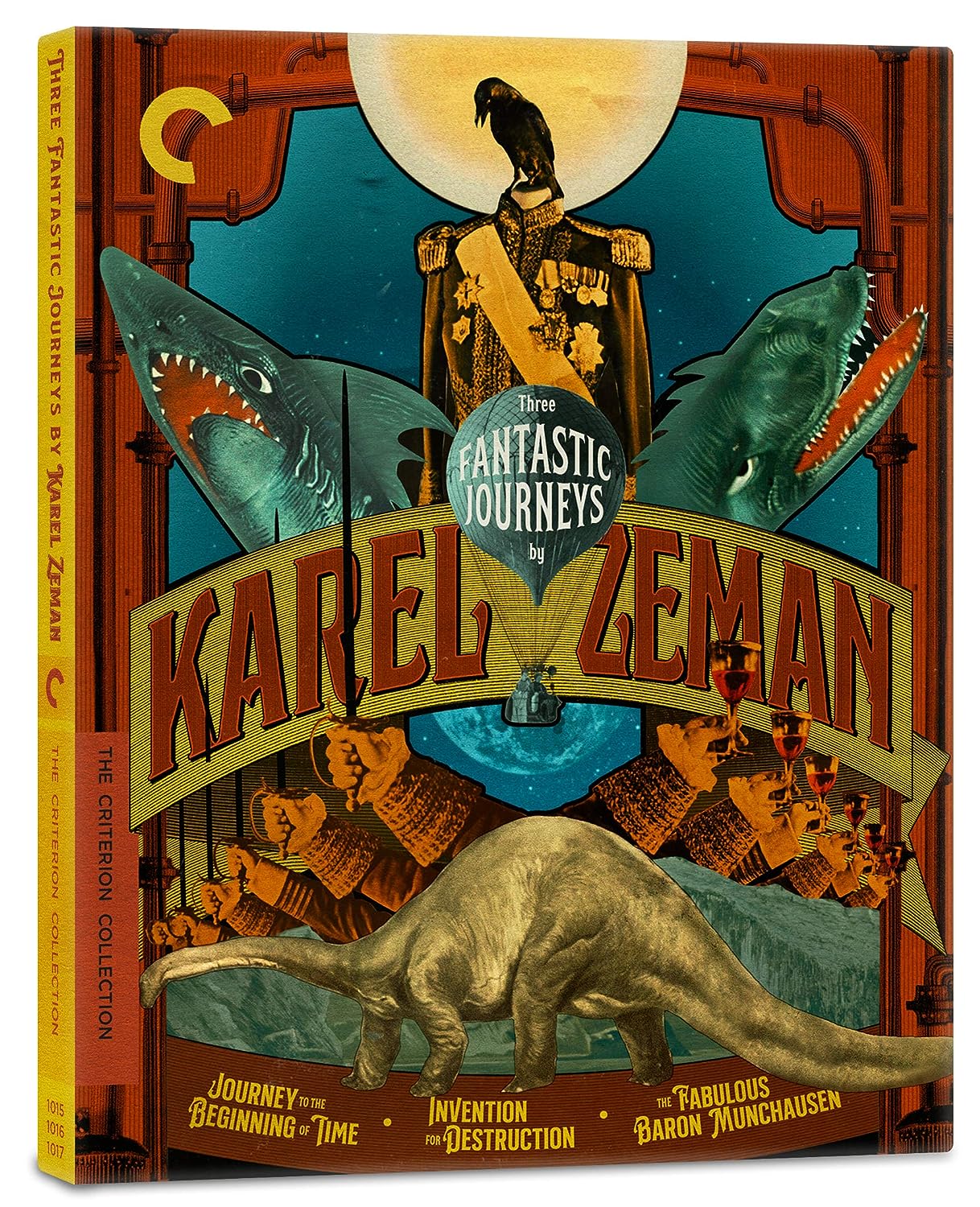 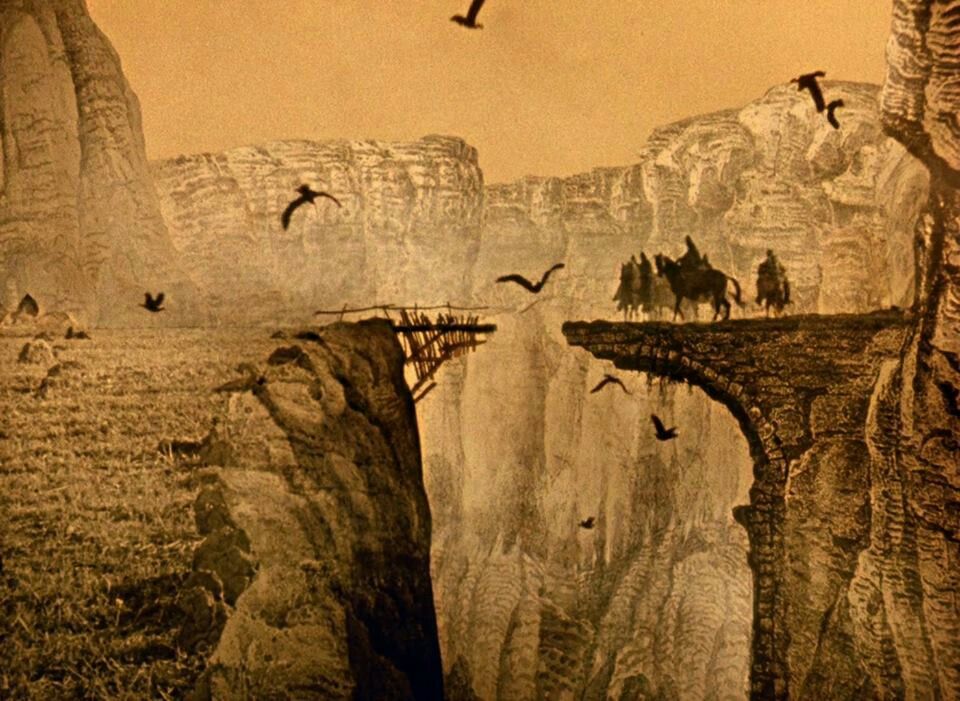 Cinderella Man (BD):
1. I watched this last night for the first time since I saw it when it came out at the cinema. I really enjoyed it. Somewhat overlooked and underrated.
2. Surround mix is not bad with lots of crowd noise during the fights. Some subtle but unexpected LFE.
3. Picture quality ain't the best. It's really soft with not a lot of detail and would benefit from a new scan.
4. Hours of extras on the BD including the actual final fight.

My order total included FREE shipping from the UK 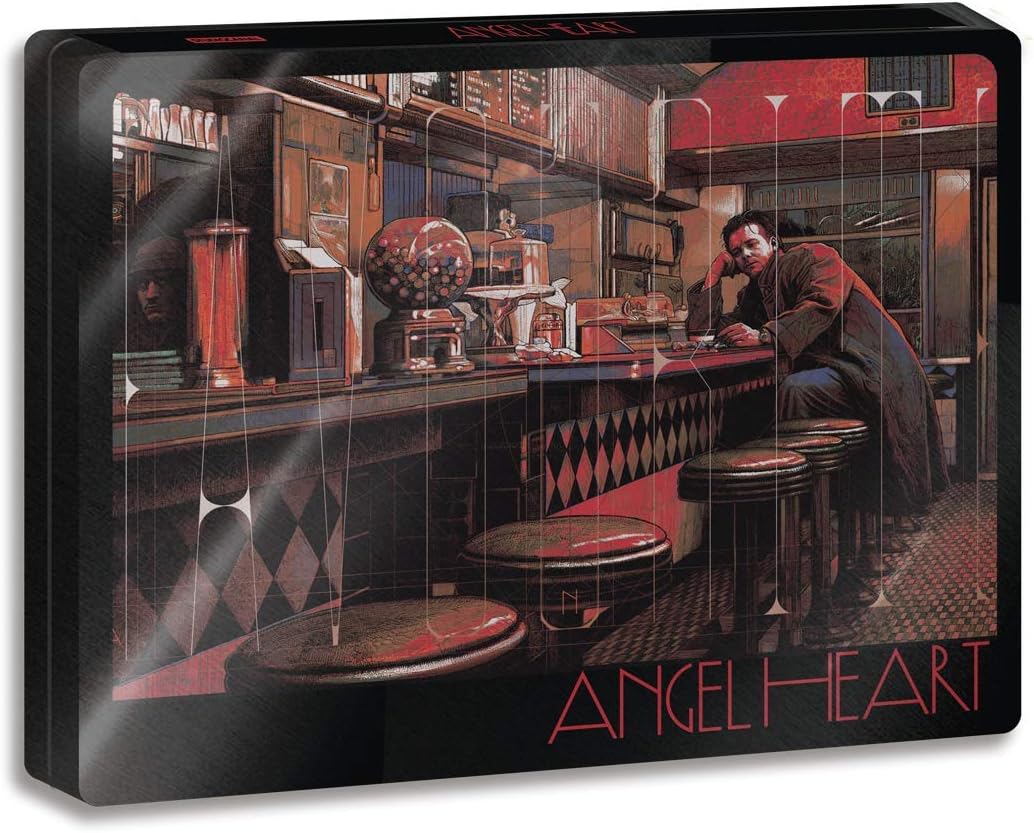 Remembering my grandfather's sacrifice on a beach in Normandy, all those years ago.
Saving Private Ryan in Dolby Atmos. 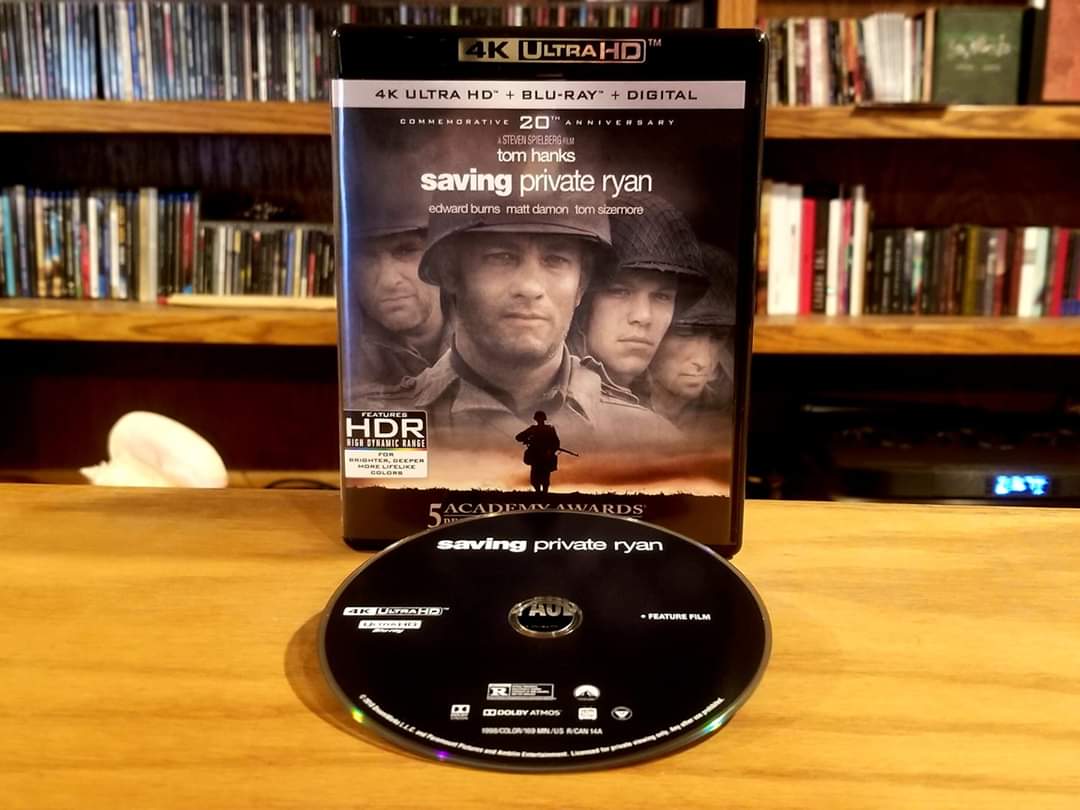