The Blues Thread (Surround-Stereo-Mono) Anything Goes.

I've come to really like the Lowell Fulson SACD, it and the B Guy are my favorites of the bunch. But they all sound good. Buddy Guy travels to the UK and makes a better album (IMO) than he ever did here in the US.

You know, I still love the Allman Brothers blues songs. Especially the early stuff. "but it just ain't my cross to bear...." love the lyrics. When Gregg came out with his solo album in the early 70's I was all over it "Laid Back".
Last edited: Mar 6, 2022

Riding with the King tonight. They all sound better than they look. And yes, that is B.B.’s signature.

Otis Spann with Muddy Waters and His Band, more.
I'm just in a Otis mood tonight.
I so wish I could rattle the keyboard a teeny tiny bit like Otis
Maybe after I croak, and if I get in to Heaven the Lord will grant my wish. 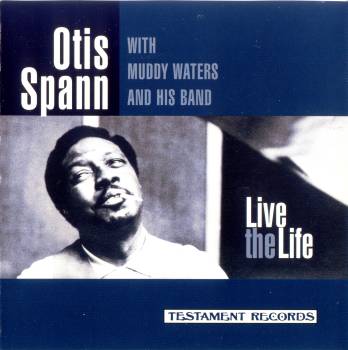 DuncanS said:
I am a massive Groundhogs fan (I have every album in lots of formats!), and consequently John Lee Hooker. Many many moons ago (it was that long ago I had hair!) I discovered that 1965s Hooker & The Hogs had been pressed as an LP, no record store had, it was way out of print. For years I scoured the pages of Record Collector and only saw it a couple of times but more than could I afford at the time. Then around 2003 I saw it on DVD-Audio and the elusive music was mine, all mine

I'm currently waiting for the re-pressed LPs of "Split" and "Who Will Save the World" and a CD of "Road Hogs: Live From Richmond To Pocono", I'd already bought the new pressing of "Thank Christ For The Bomb". Albums available on bandcamp Music | The Groundhogs (bandcamp.com)
Click to expand...

Given the recording was 1965, was the John Lee Hooker multi-tracked where 5.1 would make sense?
I'm skeptical of Silverline DVD Audios as they tend to be hit and miss. Some good ones though

davidjpoole said:
Given the recording was 1965, was the John Lee Hooker multi-tracked where 5.1 would make sense?
I'm skeptical of Silverline DVD Audios as they tend to be hit and miss. Some good ones though
Click to expand...

If I remember correctly (I haven't listened to it in ages), the 'surround' was mostly reverb, I bought it mainly because I never heard the original LP

DuncanS said:
If I remember correctly (I haven't listened to it in ages), the 'surround' was mostly reverb, I bought it mainly because I never heard the original LP
Click to expand...

Thanks for the intel Linda!

Otis Spann WALKING THE BLUES [HDTT/192/24 DVD~R from an original 15ips Tape Source] Excellent and nice to have this obscure classic in hi res and the sound is amazing! My favorite all-time blues man! Compiled by Johhny Parth, mostly from his collection of vintage 78's, and collections of several others. Arhoolie's Chris Strachwitz is among them. Austria's (Blues) Document label has been the most complete source of 1920's /30's blues reissues.

The volumes are sold individually. They include his early Vocalion (NOT D-V) sides, as well as his later (RCA) Bluebird sides and work as a sideman, guesting on other artists' records. There are a few outtakes and alternate takes included, too.

It is complete, but for some of the sides that haven't been located. This collection doesn't include 2 later albums (and CD's) on Prestige/Bluesville, which I also own..

"Guitar Wizard" Tampa performed for several years with a partner called Georgia Tom. You may know him as Thomas A. Dorsey, Father of Modern Gospel Music. All their duo recordings are included here.

The new album by Taj Mahal & Ry Cooder has hit the streaming services.
Songs from and inspired by an old Sonny Terry & Brownie McGhee album. 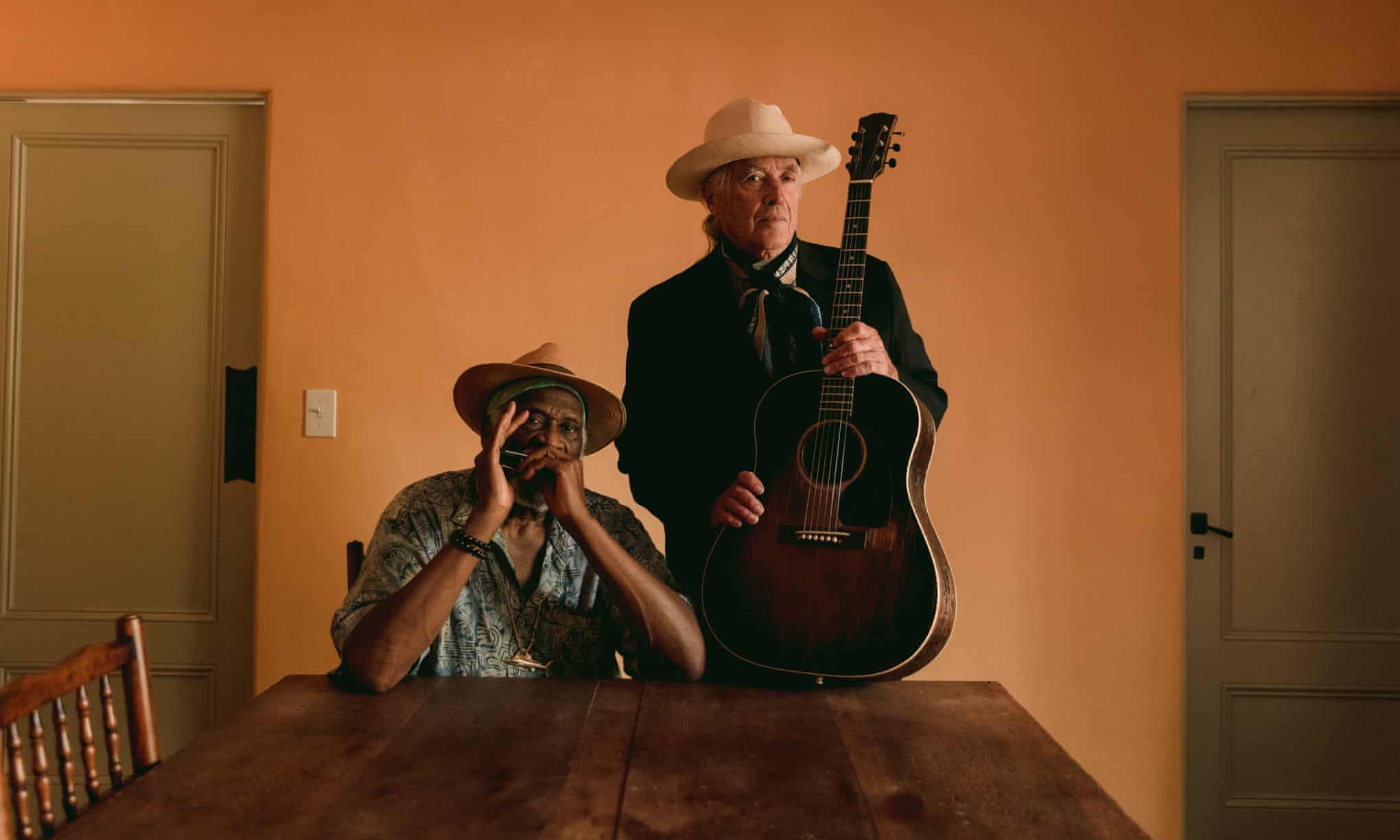 This then sent me down the rabbit hole to the re-issue of the old Rising Sons record.
(Track One: Stateboro Blues, hello young Duane Allman!)

Excellent article in the Guardian about the new album and the roots of these elder statesmen of the blues.

‘The past is immaterial’: Ry Cooder and Taj Mahal, reunited after 56 years

At 75 and 80 years old, the much-loved musicians have finally re-formed to pay tribute to their folk-blues heroes. They explain how old records taught them how to play – and how to live

GET ON BOARD by Taj Mahal & Ry Cooder

Delbert McClinton has a new one out-Outdated Emotion. Anyone heard it?

Just saw a TV commercial for Aurora, IL. It showed the tallest building in town, Leland Hotel. Blues significance. Lester Melrose booked the ballroom to record many blues artists in the 30's. Reason: to record outside Chicago musician's union territory, thereby saving $$. Melrose was A&R man for Bluebird (RCA.) He also managed a variety of blues artists. Tampa Red's house was usually the first stop when musicians moved to Chicago from the south. He'd put them in touch with Melrose.

Leland Hotel is now called Leland Towers and is condos. Great view. During the Aurora Blues Festival few years ago, I asked about where all the blues was recorded in town. In the ballroom of the Leland. So, I buzzed someone in the condo building who he directed me to. He was happy to take me to the top floor. Still being used for events. I got to visit the "recording studio" where many of my favorite 30's blues sides were recorded. It always amazes me when musicians and other music fans recognize kindred spirits and roll out the red carpet.

Constructed in 1928 as a first-class hotel and entertainment center, the Leland building is 22 stories high.

Nothing like the Blues when you're feeling blue . . . outta the darkness and into the SUN 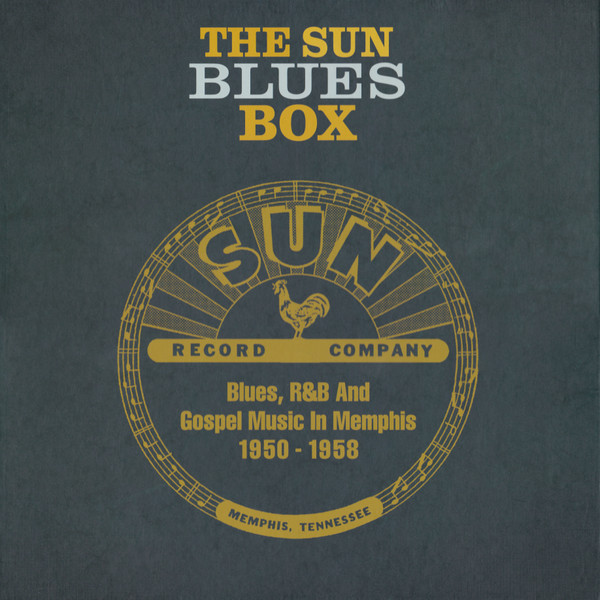 View credits, reviews, tracks and shop for the 2013 Box Set release of "The Sun Blues Box" on Discogs.