The Listener (Donald Fagen?) As a Musical Partner

This is for Steely Dan fans--and for anyone with an interest in perception and subjectivity, psychoacoustics, and the like. (I also think it's at least obliquely relevant to the debate that periodically erupts here on QQ about whether differences in perception--of SACD vs. DVDA or DSD vs. PCM, for example--are "real" even if they can't be scientifically measured, regardless of whether those differences are attributable to format, mastering, volume, bass management, listener bias, the placebo effect, or whatever.) It's from an article by Jim Austin posted yesterday on Stereophile.com, inspired by his perusal of an old volume in the long-running Arcana series, edited by saxophonist/composer/MacArthur "Genius" John Zorn. (Specifically: Arcana III: Musicians on Music, from 2008.) Partly Austin's piece is about the role that listeners play in realizing or completing a piece of (recorded) music. "Compared to musicians," he says, "our role as creators is small, but it plays a big part in our pleasure. Every time we reposition a speaker, buy a new preamp, or brush some dust off a record—assuming we do it competently—we get a little closer to musical transcendence." Then he quotes from an essay by mastering engineer Scott Hull:


"It never ceased to amaze me how often a visitor to my studio could distinguish between two music examples," writes...Hull (not the hi-fi critic, who spells his name with a single t), in "Ramblings about Music from a (Not Quite Yet) Mad Mastering Engineer." "The differences between these samples were theoretically inaudible, but the visitor could easily and routinely distinguish between them."​
​
Hull describes his mastering session with Donald Fagen and Walter Becker for Steely Dan's Two Against Nature. "There was one song that Donald was not content with. . . . [T]he overall sound of the song needed to be a little brighter, as in more 'present' compared to the other tracks on the album. . . . We eventually came to a debate over whether we should add 0.2dB of EQ at 1400Hz or 0.2dB of EQ at 1250Hz. The difference between these two settings would ordinarily be completely inaudible. . . . For Donald, however, who was deeply aware of how his record sounded, the difference was huge. At the first setting one of the shakers in the mix seemed to sound louder and dominated the mix in a way it hadn't before. At the other setting the snare seemed louder, which was the intention, but it was too much." Unfortunately, 0.2dB was the smallest volume increment available in the studio, so they left the song the way it was.​
​
In summing up the story, Hull provides what may be the best advice for any aspiring audio reviewer: "Be very aware of how a piece of music makes you feel."​
​
And trust yourself. "If you feel it, it's in there, whether you can measure it or not."​
​ 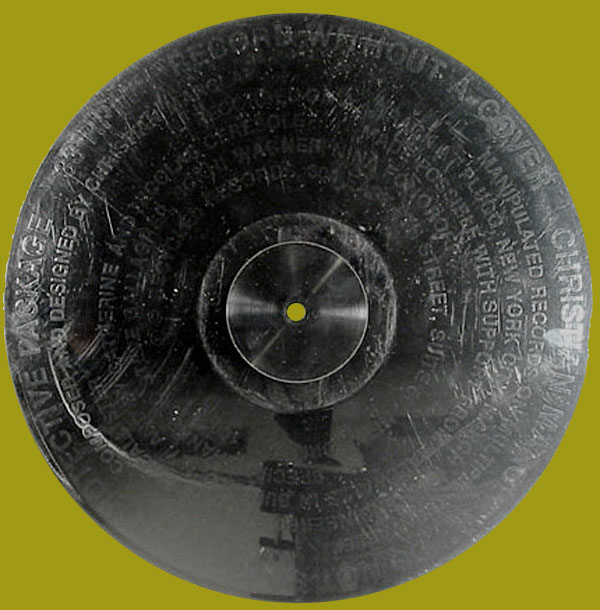 Some Stereophile readers will surely remembersome may even have in their collectionsChristian Marclay's 1985 vinyl release Record Without a Cover, surely one of the oddest records ever, right up there with the dying-rabbit record and the seven-inch single that's tinted yellow by the band's...

Hi there.
I don't know my way around this forum yet. I wanted to reply to your post directly, without stirring a hornet's nest.
Just testing to see if i've got it right.
Regards
H
You must log in or register to reply here.