So...post your pics here....the dogs, the cats....fish, ferrets, birds, rodents, horses, skunks...whatever you got and want to share, old and new, all welcome here. 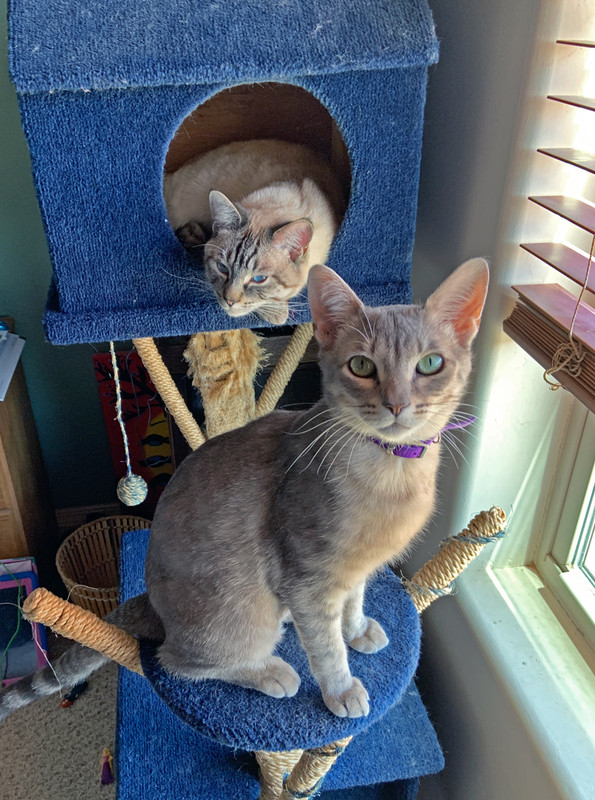 This was Sam, 80 lbs purebred Husky, he was a great friend who has passed some time ago, still miss the guy alot. 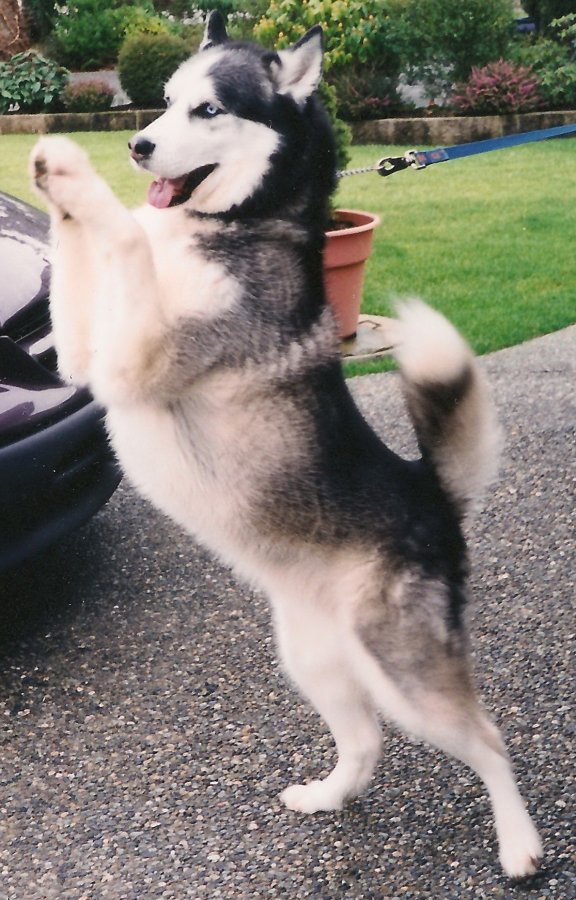 Another one I love....a few weeks ago we bought girl scout cookies - I took the packages from the box and tossed it on the floor, took less than a minute before Ziggy Starcat was inside: 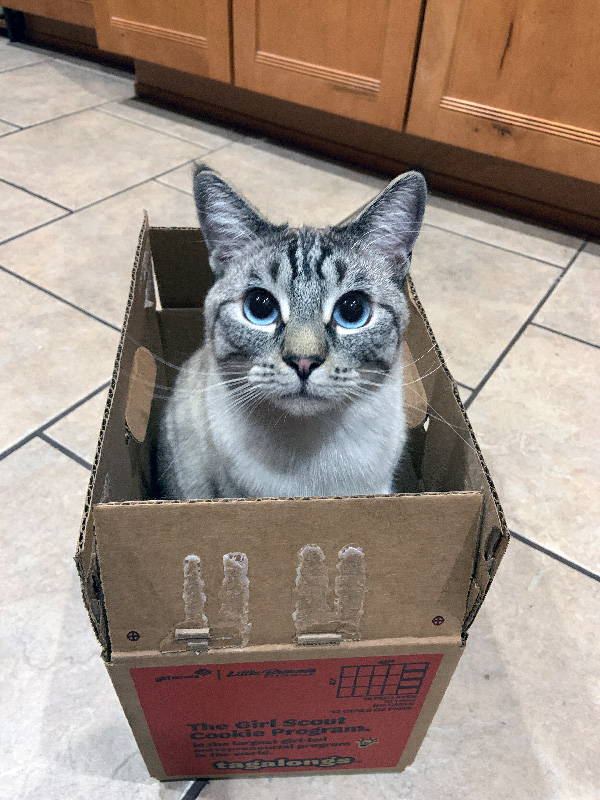 Introducing the original, Quadraphonic kitty: Ivan. Ivan was my Korat. Fairly rare breed, I completely lucked out getting him. He was a reject from a cattery that, thankfully, rather than doing the unthinkable, let their substandard kittens out to adoption centers. I first encountered him when it was he and his brother on display. They told me he was a Russian Blue, but Russian Blues don't have copper eyes as kittens. But I digress. I initially wanted his brother, Duke. I mean, who wouldn't want a kitty named "The Duke"?
Long story short, I went back on Friday and Duke had been adopted. But before he left, he and Ivan got into a big scrap. I took one look at Ivan, and my heart melted. Here was this poor kitten, in a box, his ear all scabbed up from the tattoo, his nose, forehead and other ear scabbed up from the fight, and like most kittens, had the trots something fierce.

I said to the adoption lady "He's a loser, just like me! We're perfect for eachother!!" And we were! He became the best cat ever. 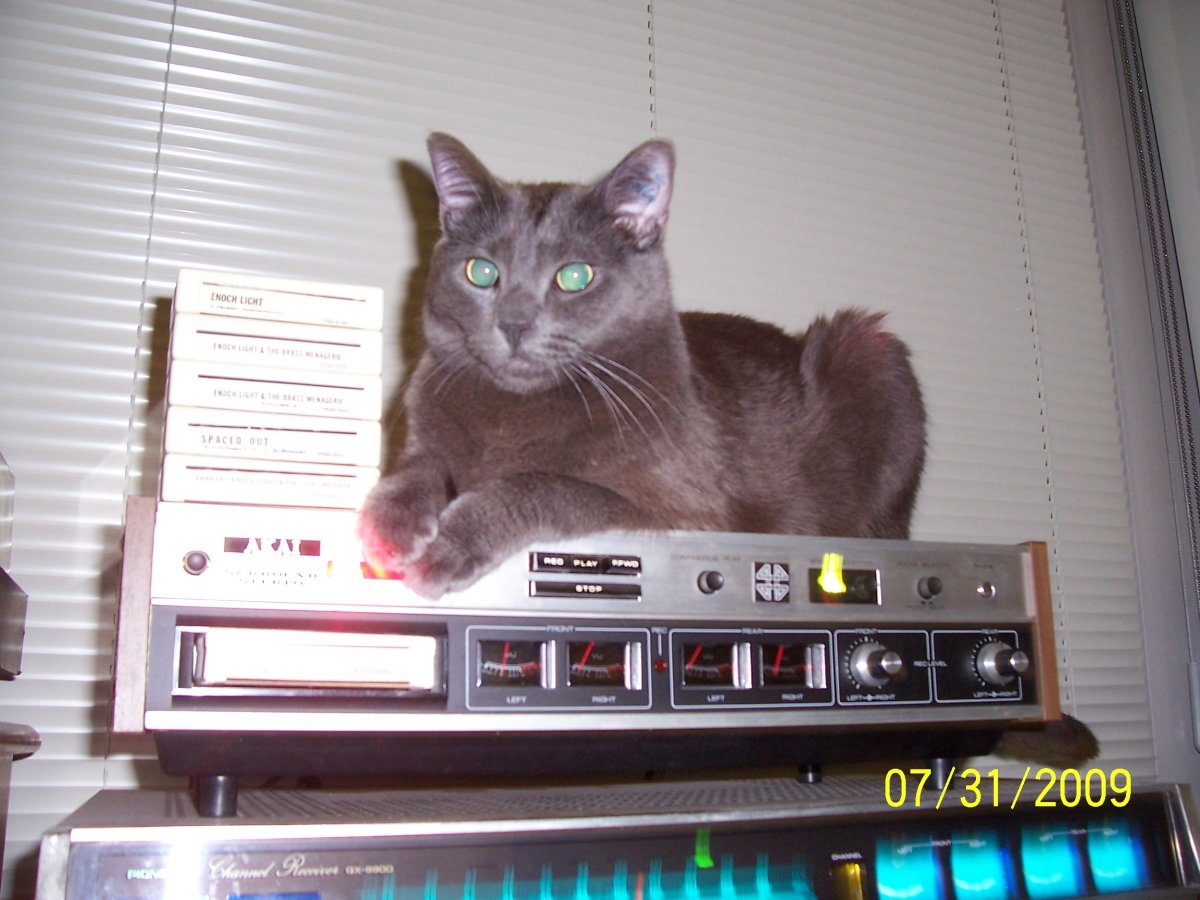 He even loved going for car rides! Now, how many cats ENJOY car rides? I can safely say I've only known ONE. When I'd drive home to visit my mother, he'd plop down on the passenger seat of my Tiburon and just chill. The seat warmer may have helped. Who's to say? Anyway, more often than not, if a car was left open, he'd call shotgun and expect a ride! 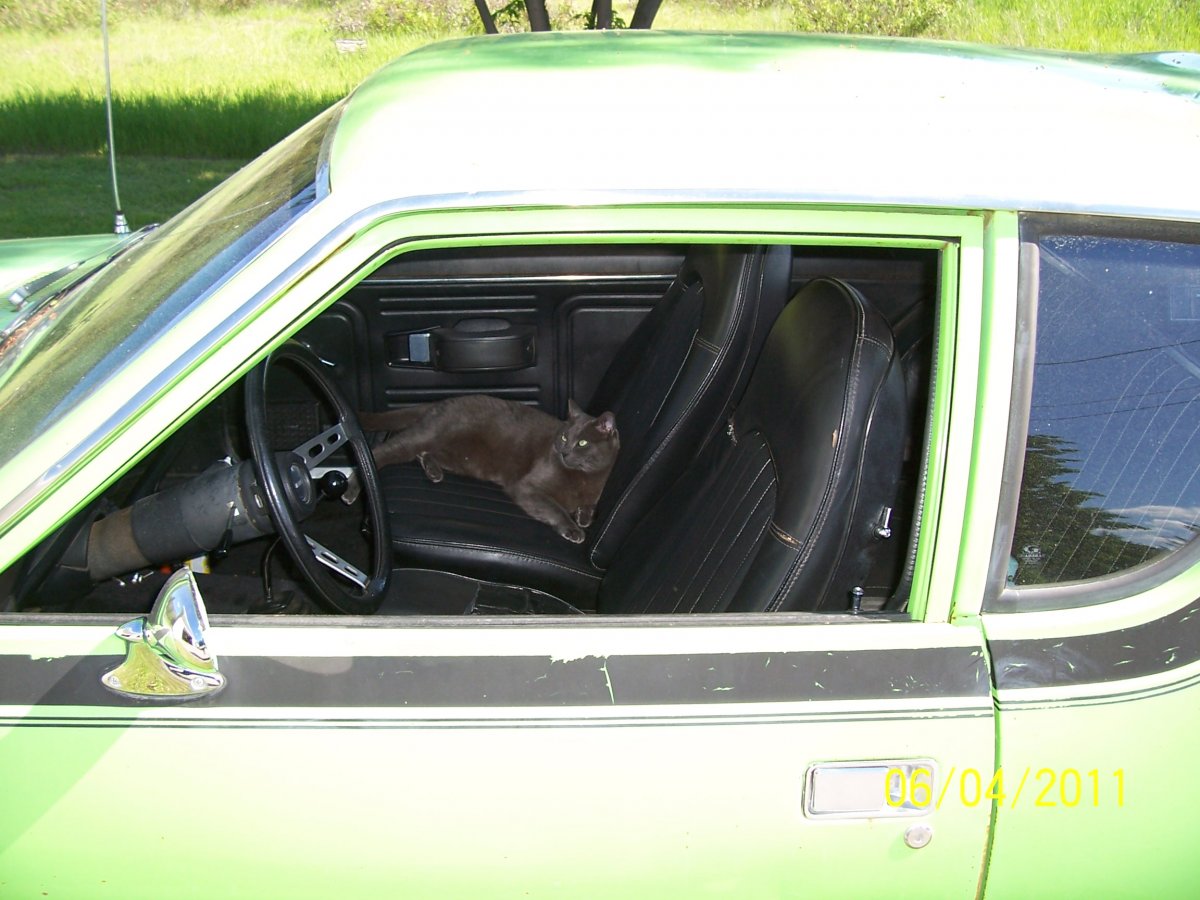 Sadly, we're not sure what happened to him. 2013 was a f*****g terrible year. They say Korats bring good luck. Well, Ivan must've staved off the bad luck I seem to encounter.
Because in 2013, Ivan disappeared in May. In June, we lost my last Uncle. In August, my Tiburon lunched it's engine and in December, my mom broke her ankle.

After Ivan's disappearance, we adopted another from the SPCA. Her name is Riley. She's the 1 in 5 orange, female cats. We thought we were adopting another male as most orange cats are male. "His" neutering was scheduled, took "him" in only to discover (much to the vets' surprise) the wrong equipment. Had to reschedule for a spaying.
She's damned lucky she's so cute, fluffy and loveable. Otherwise, she's as dumb as a post. Can't jump for SHIT. Loud noises spook the hell out of her. Her own shadow scares her.
Definitely a downgrade from Ivan. Oh, the stories I could tell about him. My mother does not like cats, or animals in general. But even she liked Ivan and even today, gets a little misty-eyed when we talk about him. I'm sure everyone has that one, magical pet and Ivan was for sure mine. 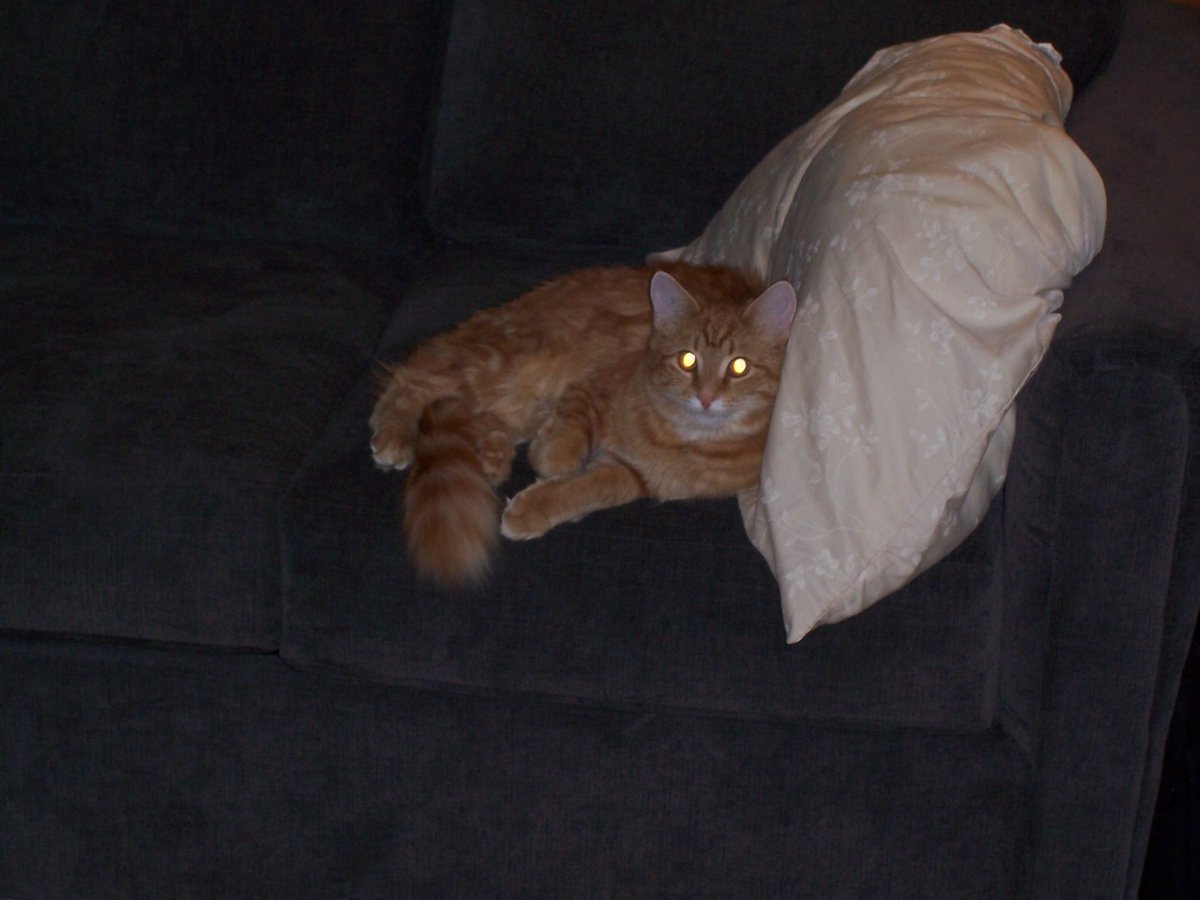 Awww....he looks a bit Burmese, much like my previous kitty Siobhan...first when I got her in 03/2001, then just before that dreadful heartbreaking trip to the vet in 03/2018...she did great hough, beat he odds for her breed by 3 years or more 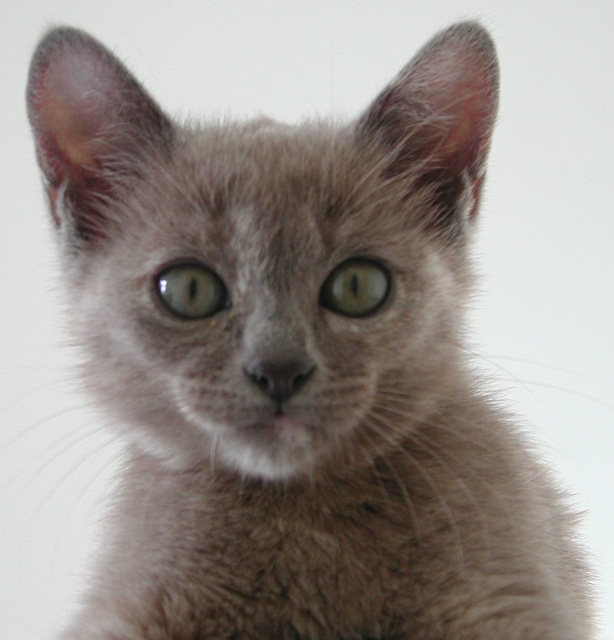 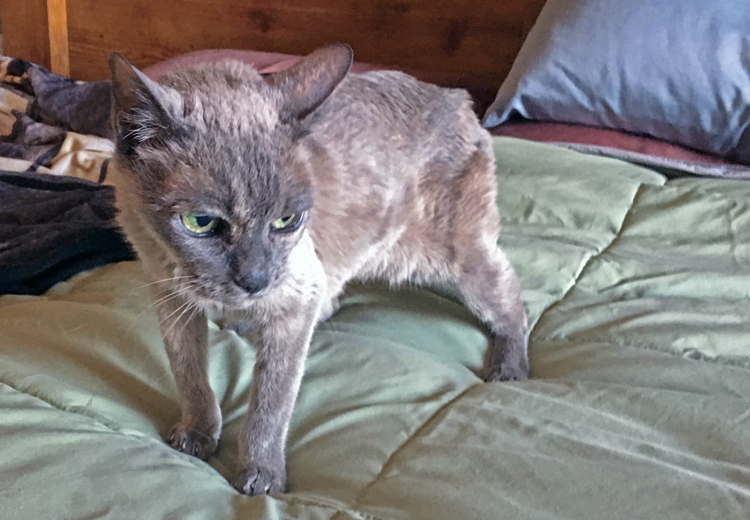 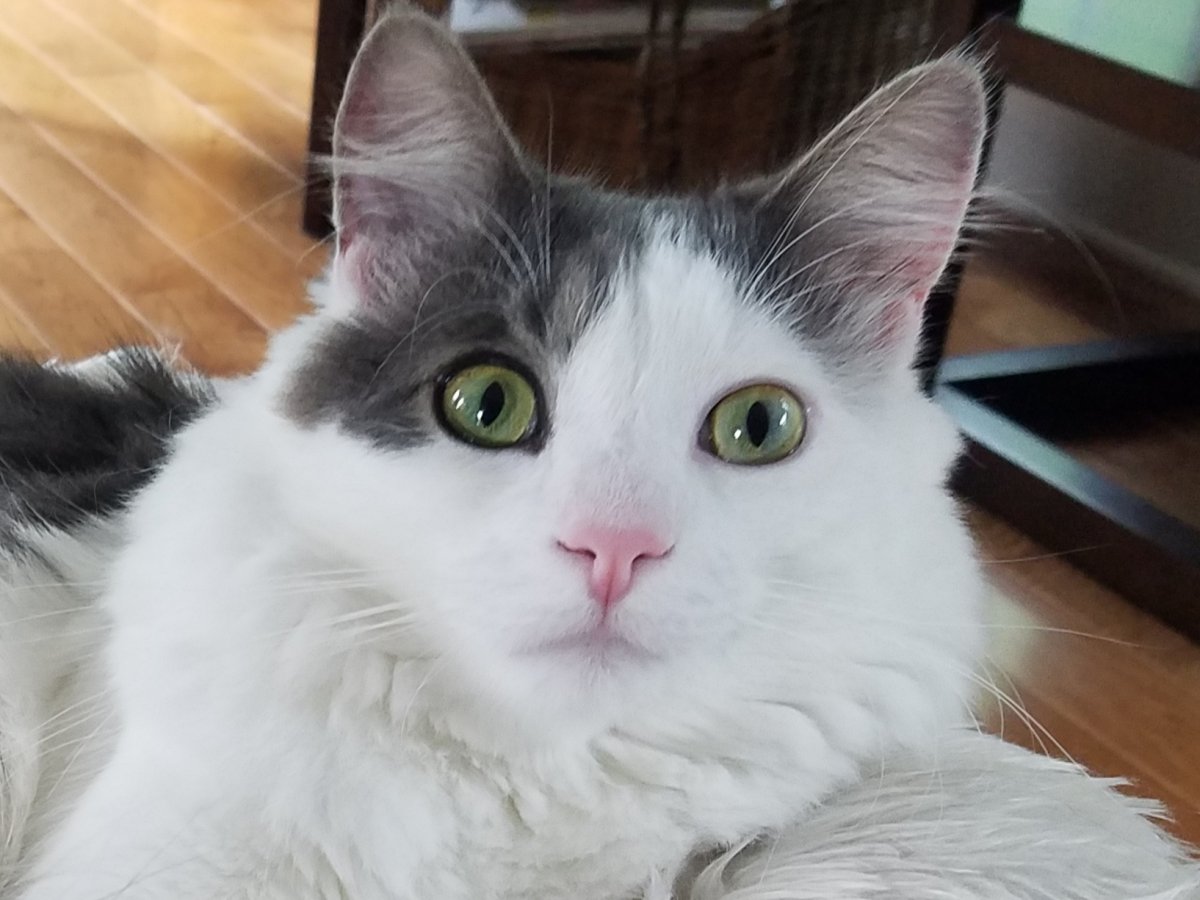 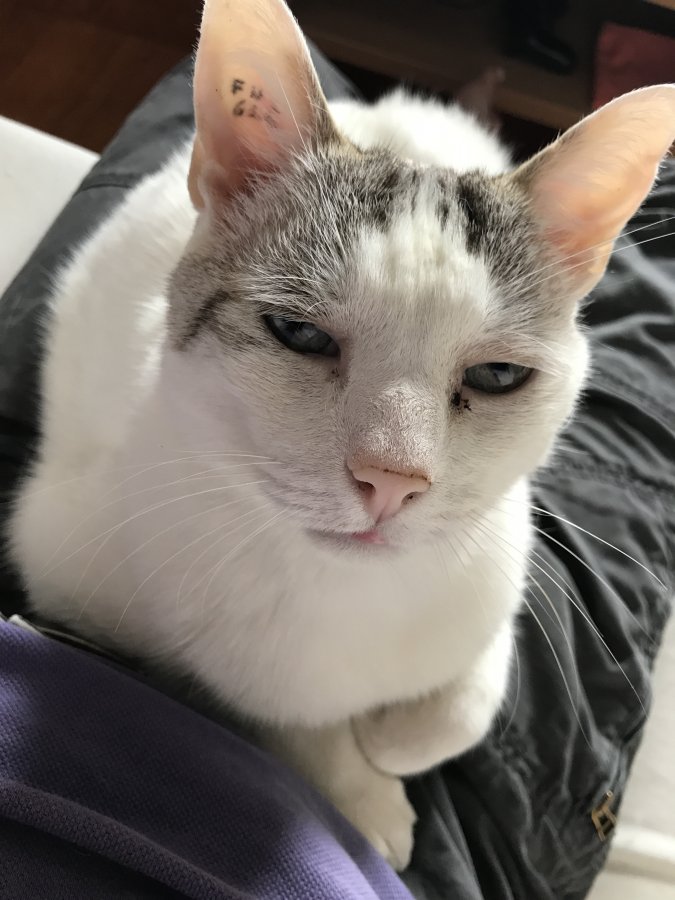 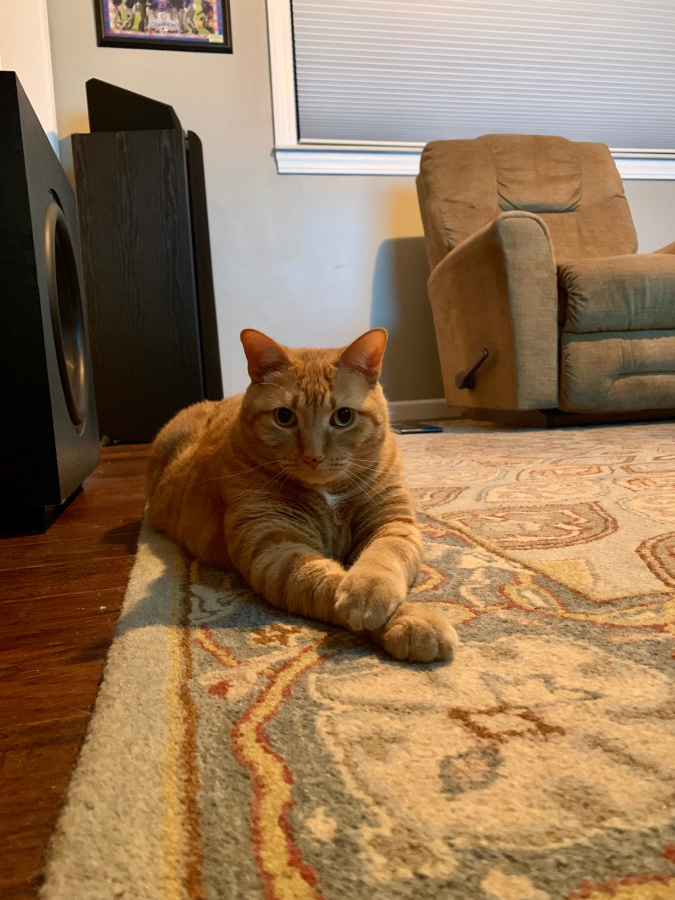 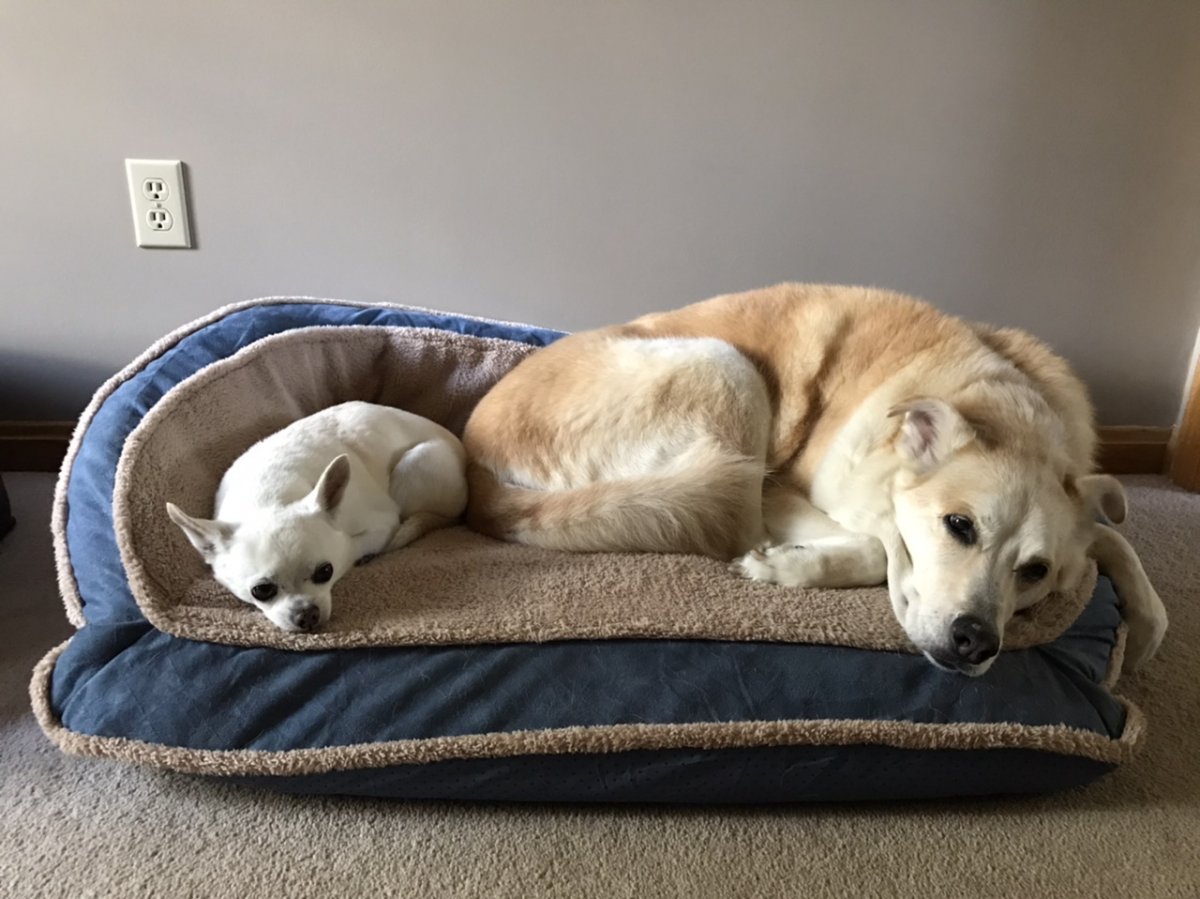 Here are my two good friends: Pablo the 8# chihuahua on the left and Marley the 80# shepherd/lab/husky mix on the right.

This is Sammy, full name Samiah Sandwich McScruff (no, I did not name her): 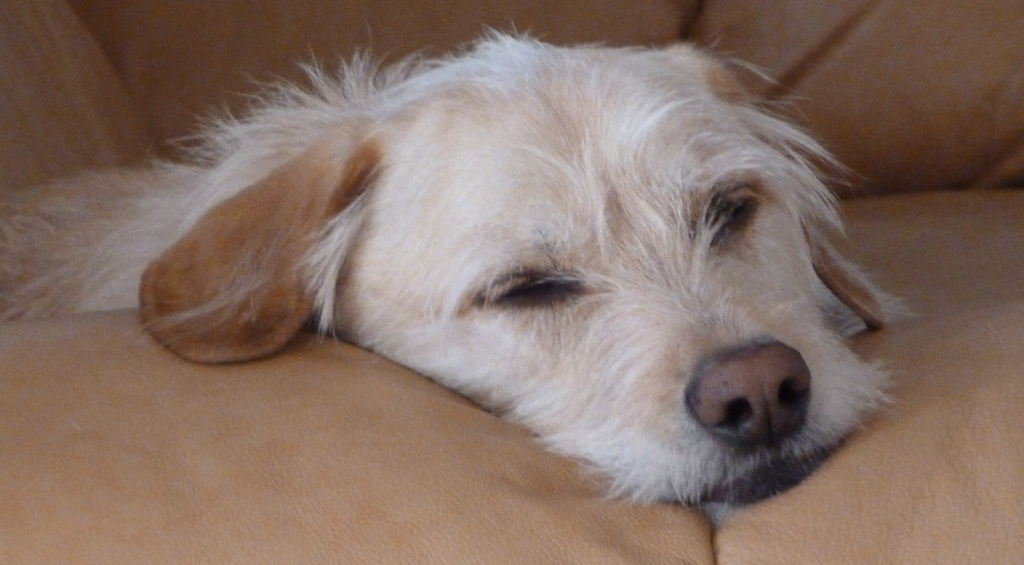 She is usually parked somewhere between LF & LR - she moves back and forth on a couch - not sure if she is testing the mix or just getting comfortable... The image is a little soft, but then so is she!

By the by, here is an old thread about posting images on QQ. Steely Dave said it is not necessary, but Jon said you can control your resolution better using the method described. Enjoy!

GOS said:
This is Lamar.

And, our other cat (female) and her name is simply "D"
She's not as social as Lamar. Lamar sleeps by my feet every night, and always on my lap like now. D is usually off somewhere sleeping. 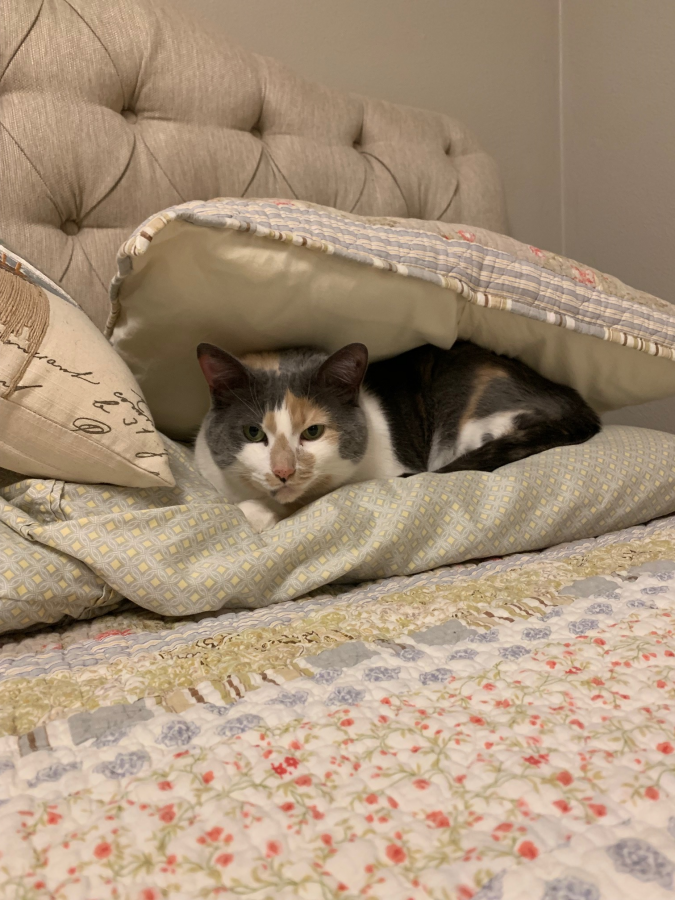 Another typical pose from Lamar. He's a big cat....somewhere in the 20pound + range. 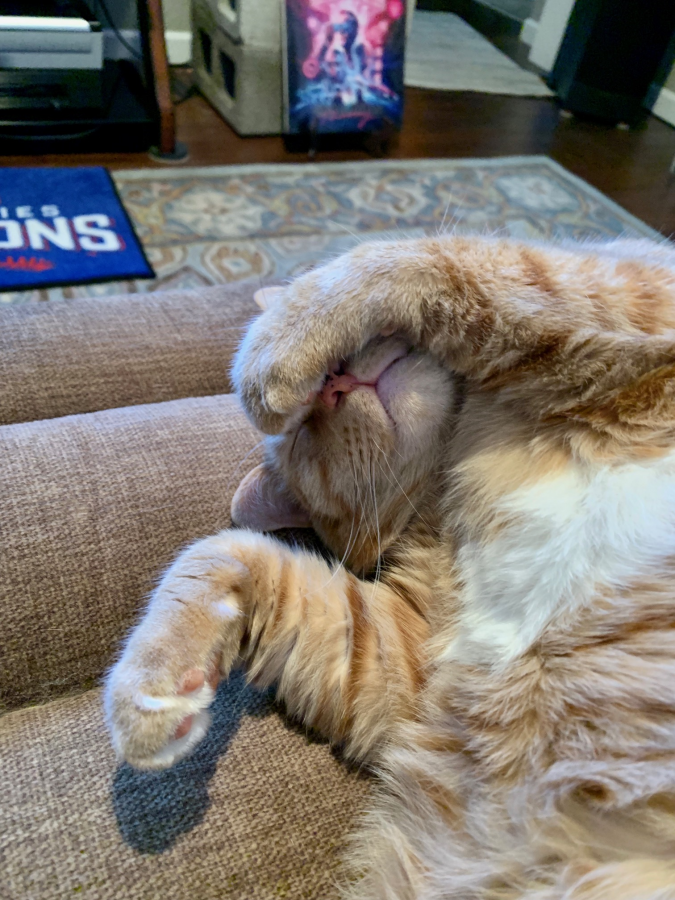 Finally, some critter that was wandering outside our condo door in Mexico a couple weeks ago. hahaha 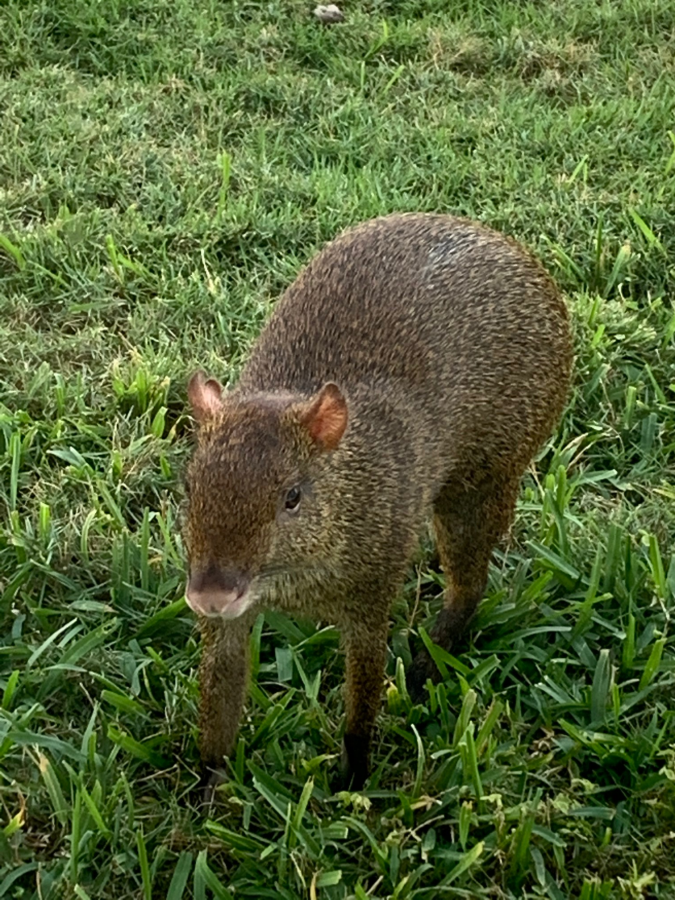 My son's 1 year old Husky, who comes to visit every month or so. Niko! 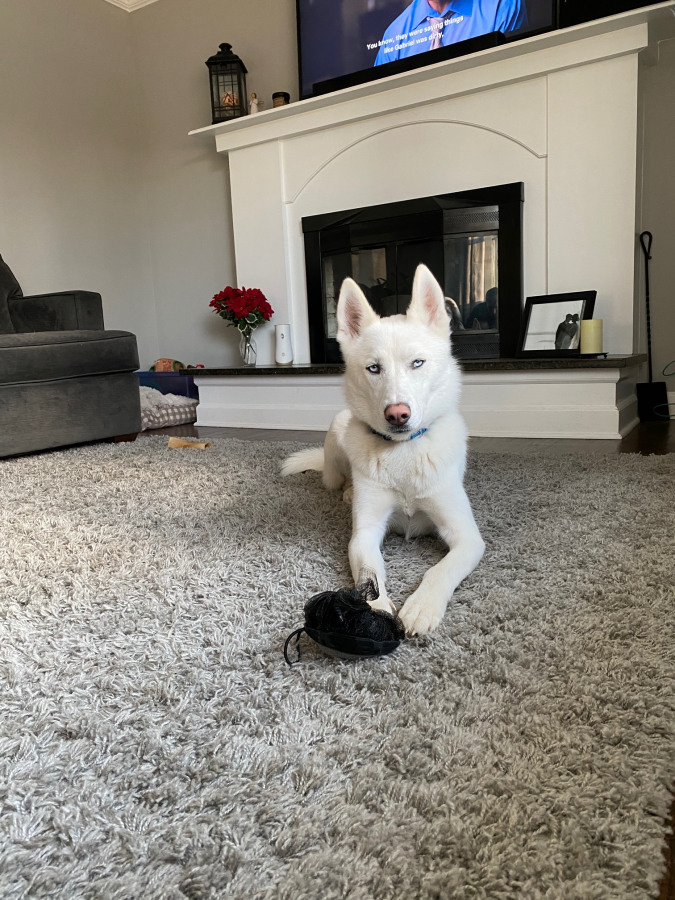 GOS said:
This is Lamar.

Looks like he is a surround veteran. What is his db threshold ?

This is Emma. She has passed but she LOVED music and -even more so - football !! When I would turn on football in the mancave she would come running in, sit down with me and literally watch the game.

Here’s my youngest cat , Cinder, up to various Shenanigans (trying to go on vacation with me, relaxing in the Christmas tree, getting into surround sound) 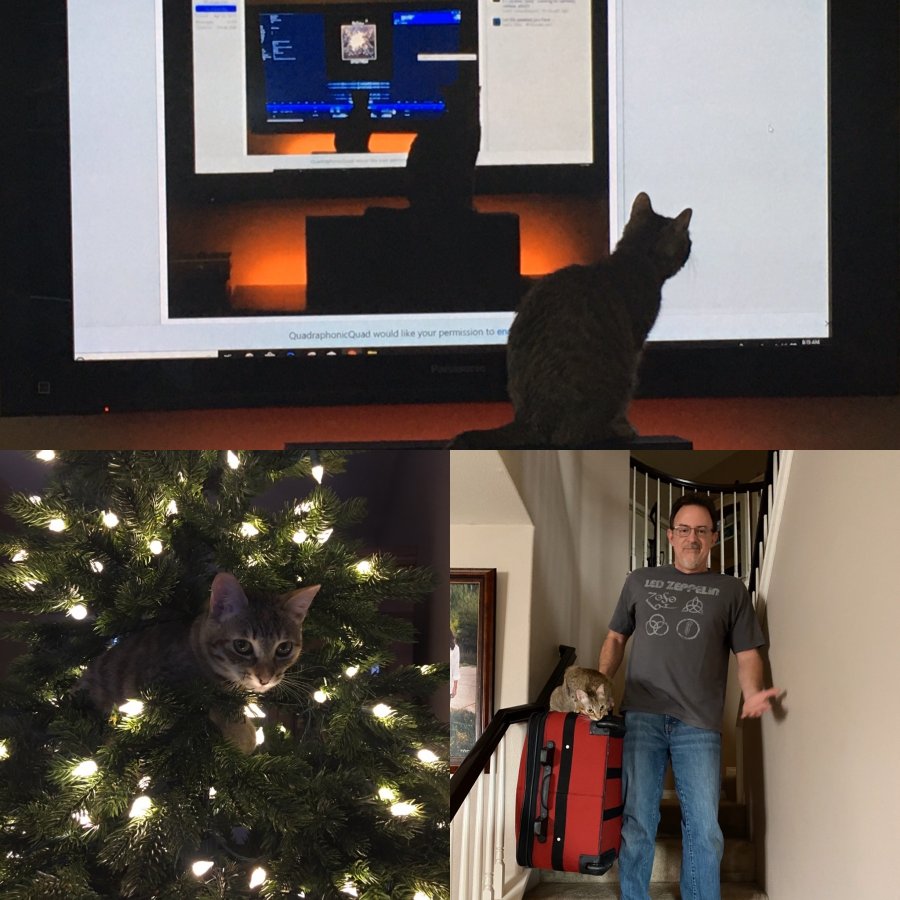 skherbeck said:
Here’s my youngest cat , Cinder, up to various Shenanigans (trying to go on vacation with me, relaxing in the Christmas tree, getting into surround sound)
View attachment 47666
Click to expand...