No surprise, it's a very hoppy day here... 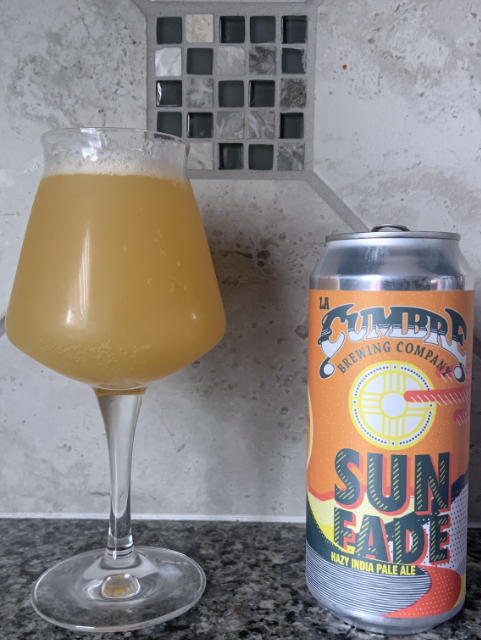 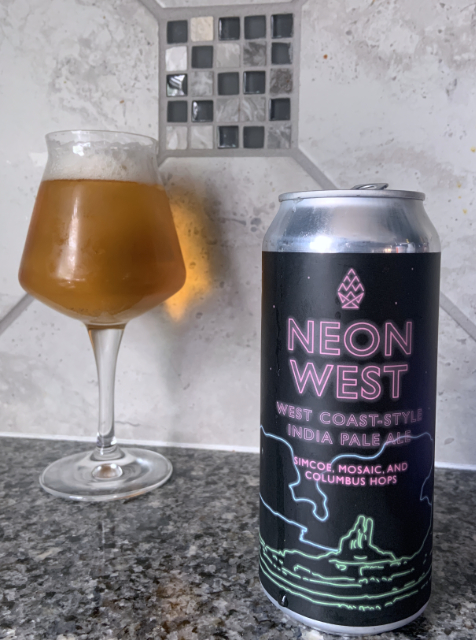 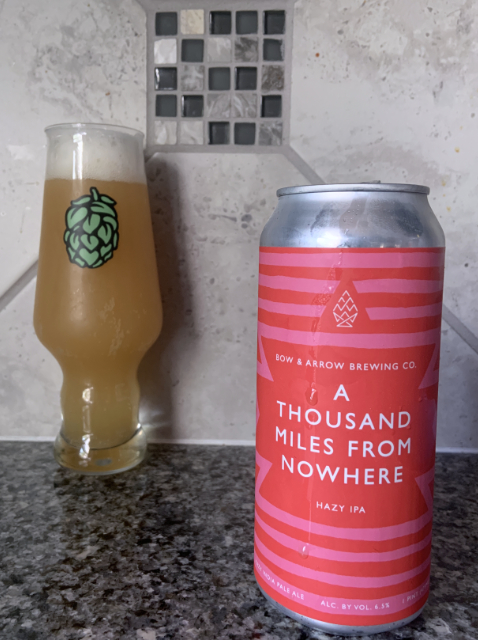 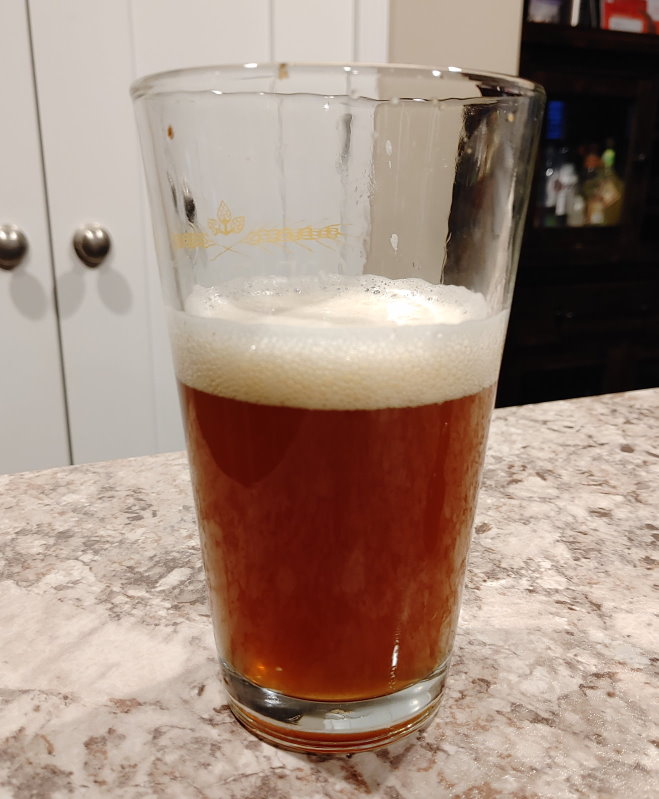 Oh my !!! Looks great. How is it ? We took a yeast culture from Bells Two Hearted, Big Mash and our homegrown hops...we named it Yeast Infection. It was 2019.....it was an epic beer.

Went to one of my local beer stores, Total Wine. They should change their name to, Total Booze because they feature a large selection of beer, wine and spirits (not ghosts). Anyway, after being in the store for over half an hour looking at the beer selection, I walked out empty handed. Though, I did manage to snap the following two photos of a couple of interesting looking beer brands/flavors. 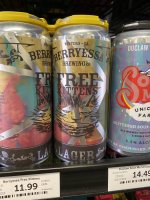 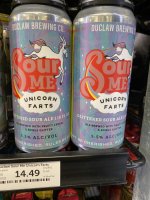 I almost purchased the Unicorn Farts but I have enough of my own.

Time to get happy with a spot of… 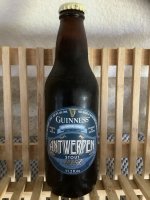 cbmmm3 said:
Oh my !!! Looks great. How is it ? We took a yeast culture from Bells Two Hearted, Big Mash and our homegrown hops...we named it Yeast Infection. It was 2019.....it was an epic beer.
Click to expand...

Best dry hop we have ever done. A very strong Columbus nose but at 42 IBU you get all the malty goodness of the Maris with a crisp hop bite from the EKG/Northern Brewer/Willamette hops.

Home on Friday from another workweek now complete. The overlord powers that be (not my local managers) are on a "no overtime" kick and I'm fine with that as long as they don't expect 50+ hours of work done in 40. I suspect it's one of those things that'll slide back to normal within a month or so when they see that it's cheaper to pay me o/t hours the to hire another person to get everything done....and it'll really hit home when the current drought of new caras comes to an end in mid-late July.

Today had me driving from here (Abq) up to Taos Ski Resort to pick up a couple guys that were taking cars up to display for a few weeks...3+ hours each way. Easy work really but I find it more exhausting than being on my feet doing the things I do regularly every day. May be a repeat performance in 2 weeks when the cars left there need to be retrieved.

Poured a glass from the tapped keg of the friends home-brew Marzenbier: 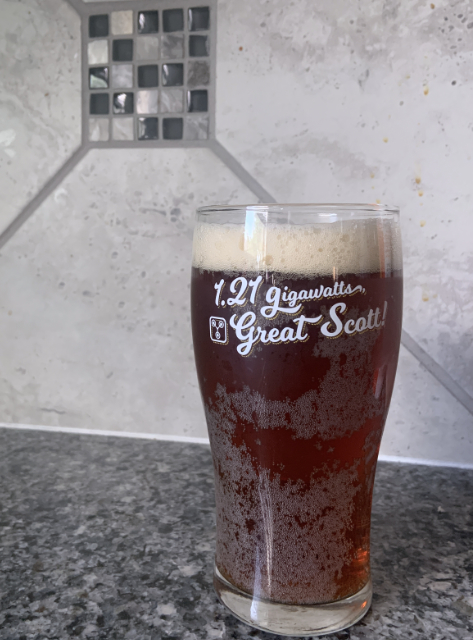 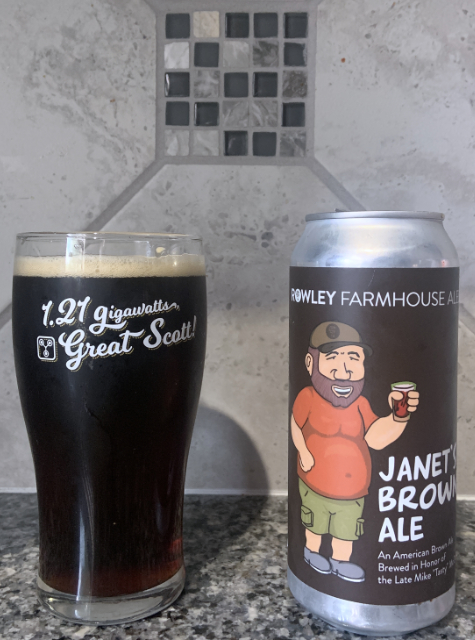 doppelbock? I really enjoy your posts. Thank you!

Perpendicular said:
doppelbock? I really enjoy your posts. Thank you!
Click to expand...

And now a couple in my new very pretentious beer glass...lovin' it, getting the nose in to get the juice in the haze.... 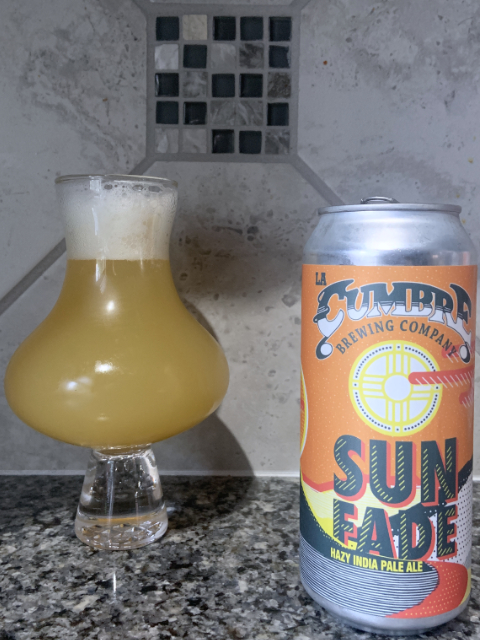 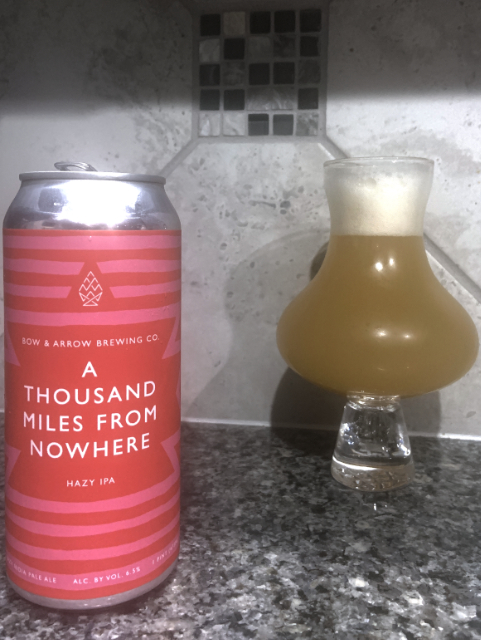 Nice glass. It kind of looks like you can turn it over and partake in a shot of whatever you fancy.

We planned on a dinner out tonight and made a reservation at a place we wanted to check out....got there on time and they had no record of the reservation....showed them my confirmation email from *their* website (not third-party like OpenTable or anything)....nope.....nothing. Offered us two seats at the end of a large table that was occupied at the other end, right outside the noisy kitchen.....no thanks.

Just down the road was Enchanted Circle's Abq taproom (brewery is up north in the Angel Fire ski resort area) and we'd been meaning to go there for a while and they have a kitchen so why not give it a go. Food was really nice, and after a couple samples I ended up with a glass of Mango Guava Gose that was especially good with the salad appetizer I ordered. 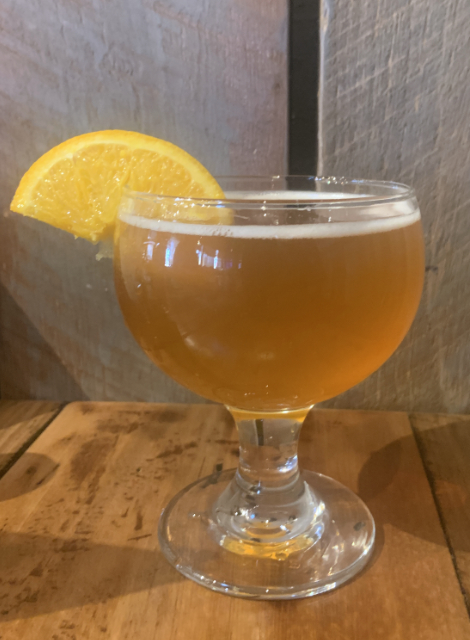 Back home, while watching TV....released today - Boxing Bear "StrataBEARious" hazy IPA (6.5% abv). Super good juicy hazy, will be getting more of these. 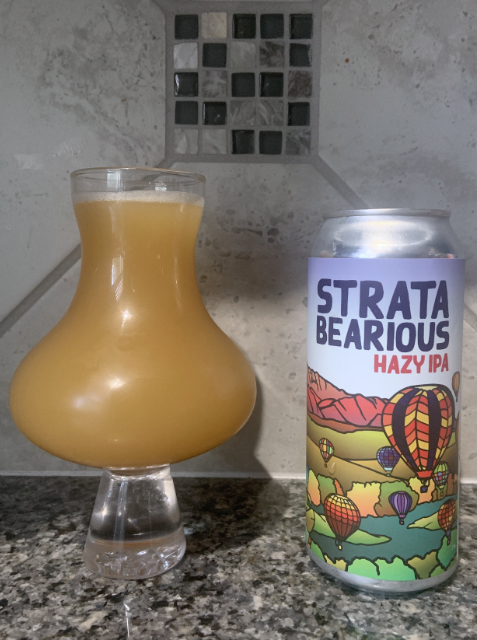 And then another new release from just down the road in Corrales - Ex Novo "Wild Wild Vest" west coast IPA (7.2% abv, 80 ibu). Geez these guys are good....classic coast clear hoppiness with simcoe, strata and chinook. 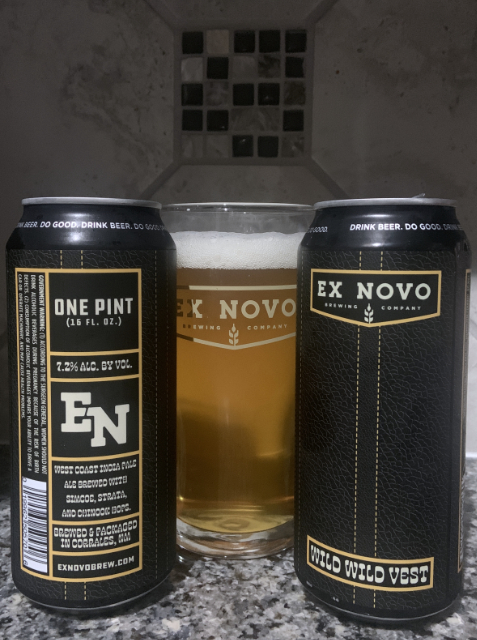 doppelbock said:
We planned on a dinner out tonight and made a reservation at a place we wanted to check out....got there on time and they had no record of the reservation....showed them my confirmation email from *their* website (not third-party like OpenTable or anything)....nope.....nothing. Offered us two seats at the end of a large table that was occupied at the other end, right outside the noisy kitchen.....no thanks.
Click to expand...

Man, that would tick me off.

JediJoker said:
Man, that would tick me off.
Click to expand...

I was a bit irritated but we did have nearby alternatives so tummies were filled.

I did email the restaurant, quoting the confirmation of the reservation. Perhaps it was a just a glitch or whatever, but how they deal with it will determine if we try again.

We’d recently bought another home in the wilderness. Within the town there’s a nice little microbrewery. Started out with a tasting paddle and bought a few cans of their Citrus Sour beer. 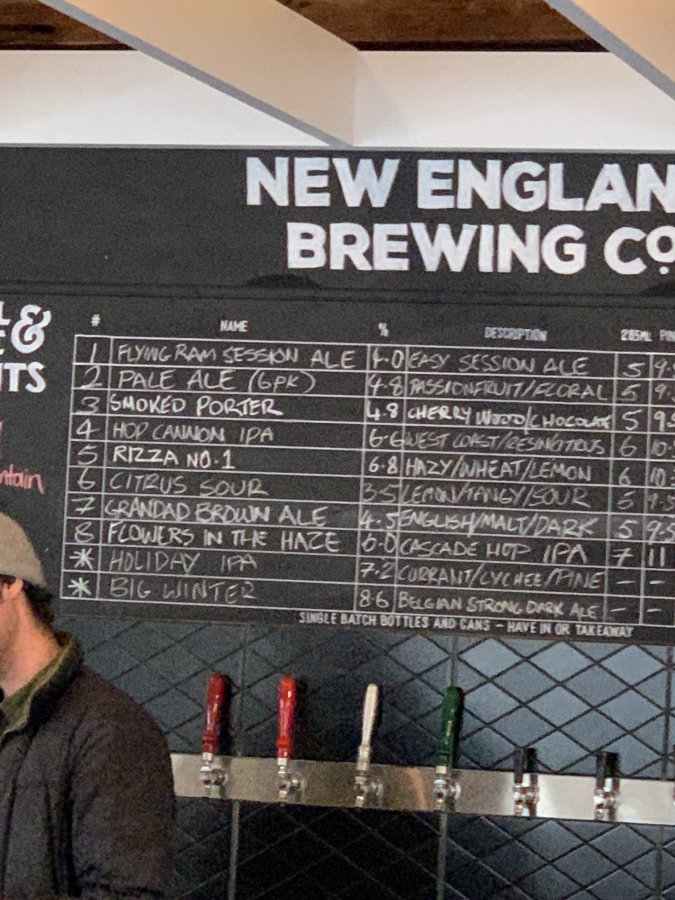 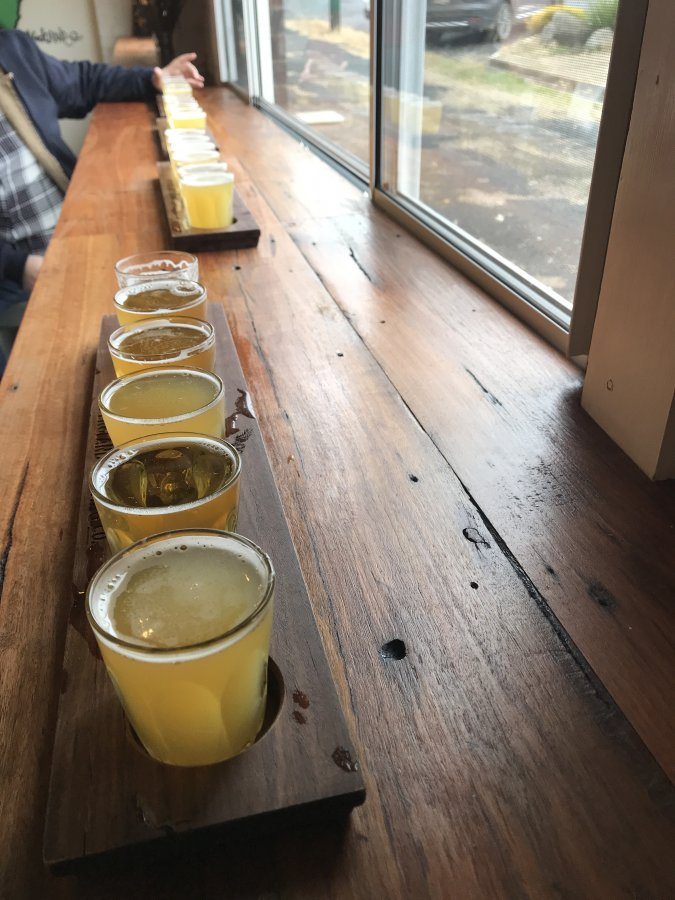 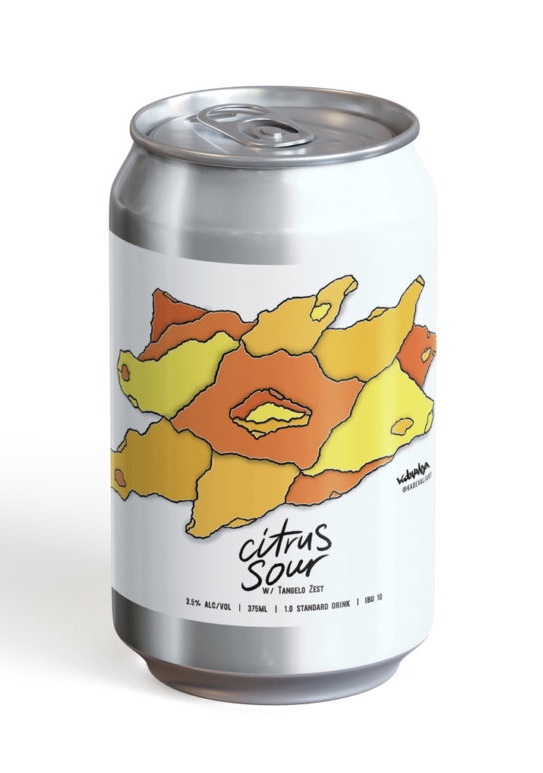 I did stock the new fridge there as well 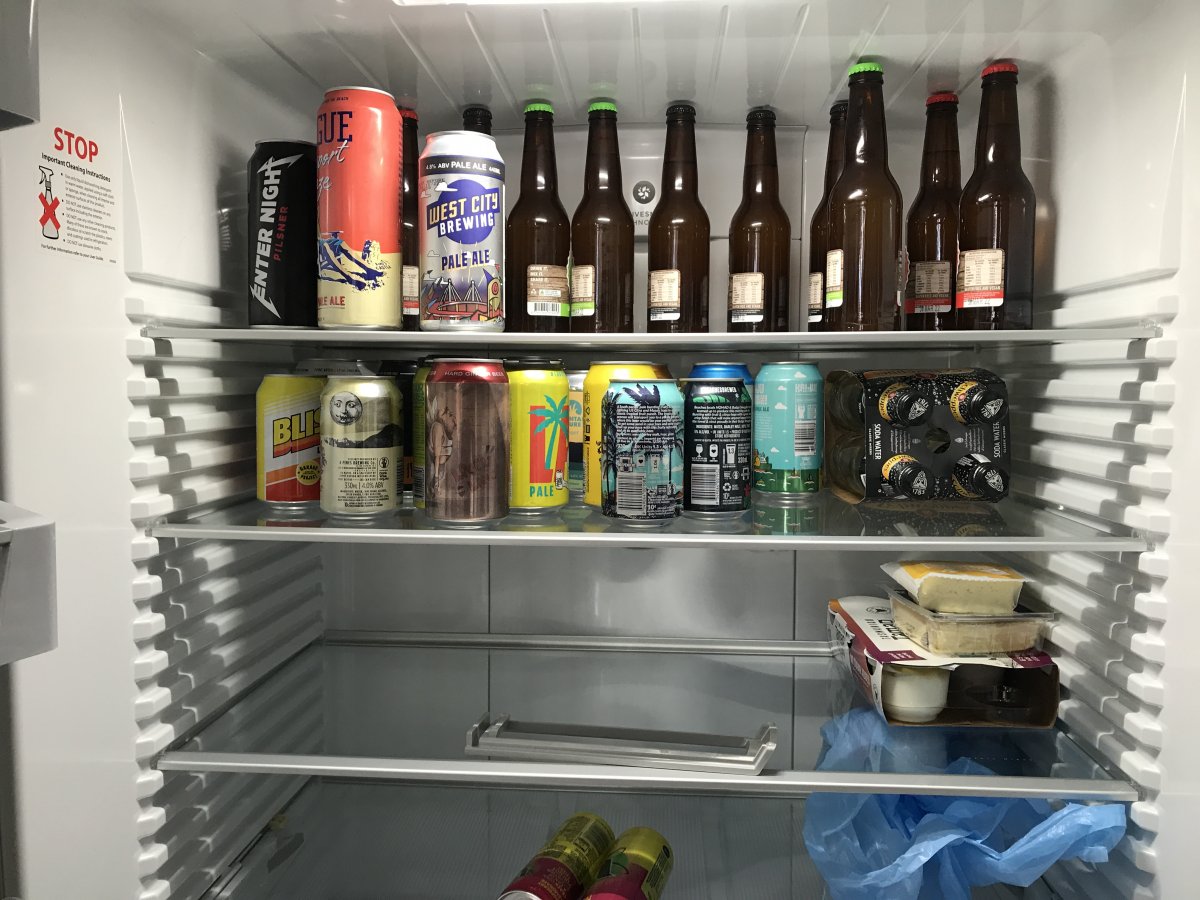 When Ex Novo opened up here a couple years back they were a hit right from the beginning. Bringing the great experience gotten from running a brewery in a hotbed like Portland must've helped, but also having people there that know the local market here....and of course having excellent beer helps too.

A couple of theirs for me today:
"Because People Like To Say Salsa" mango, passionfruit, jalapeño sour: 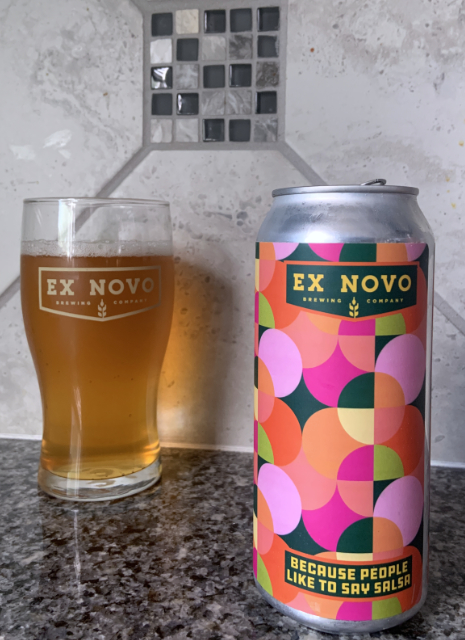 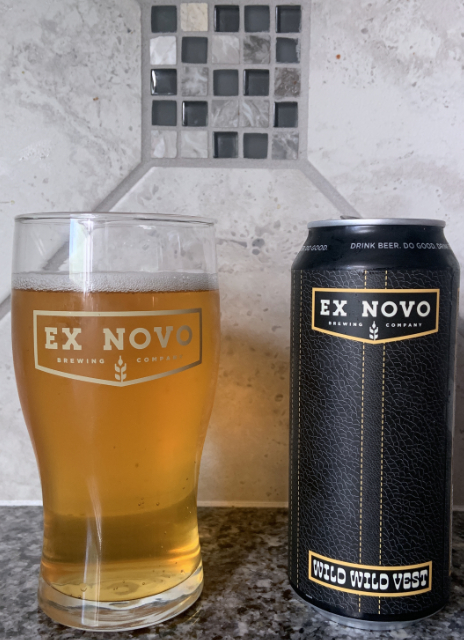 It's Friday...beer o'clock! A relatively easy work week, except for the drive to Las Cruces to swap a vehicle that turned into an extra sidetrip into the nightmare traffic of El Paso. Got out a bit early today so that I could plan to be on hand for a few hours tomorrow for an adoption event we're doing with a local animal shelter.

Shared with Mrs D...no, not a sour this time, but a tasty can of Ex Novo "Death to Dullahan" dry Irish Stout. 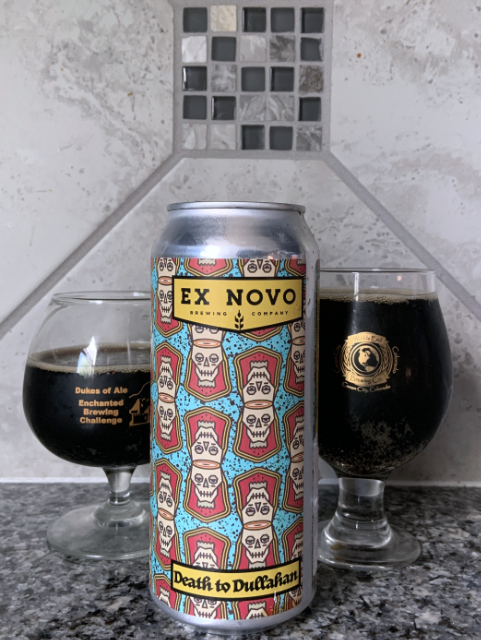 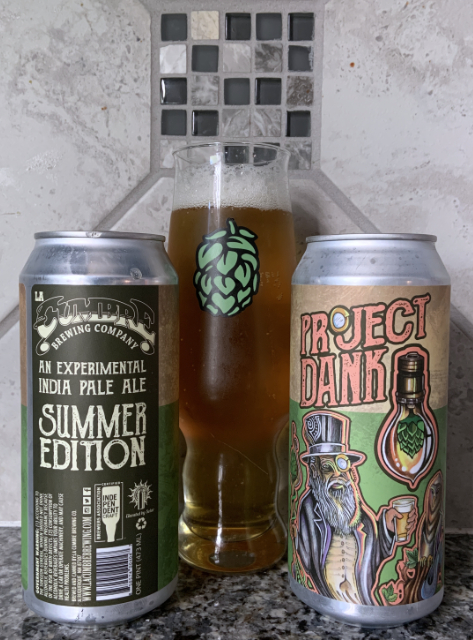 Recently picked this beauty up. 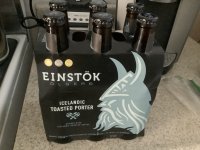