The worst q8 ever? 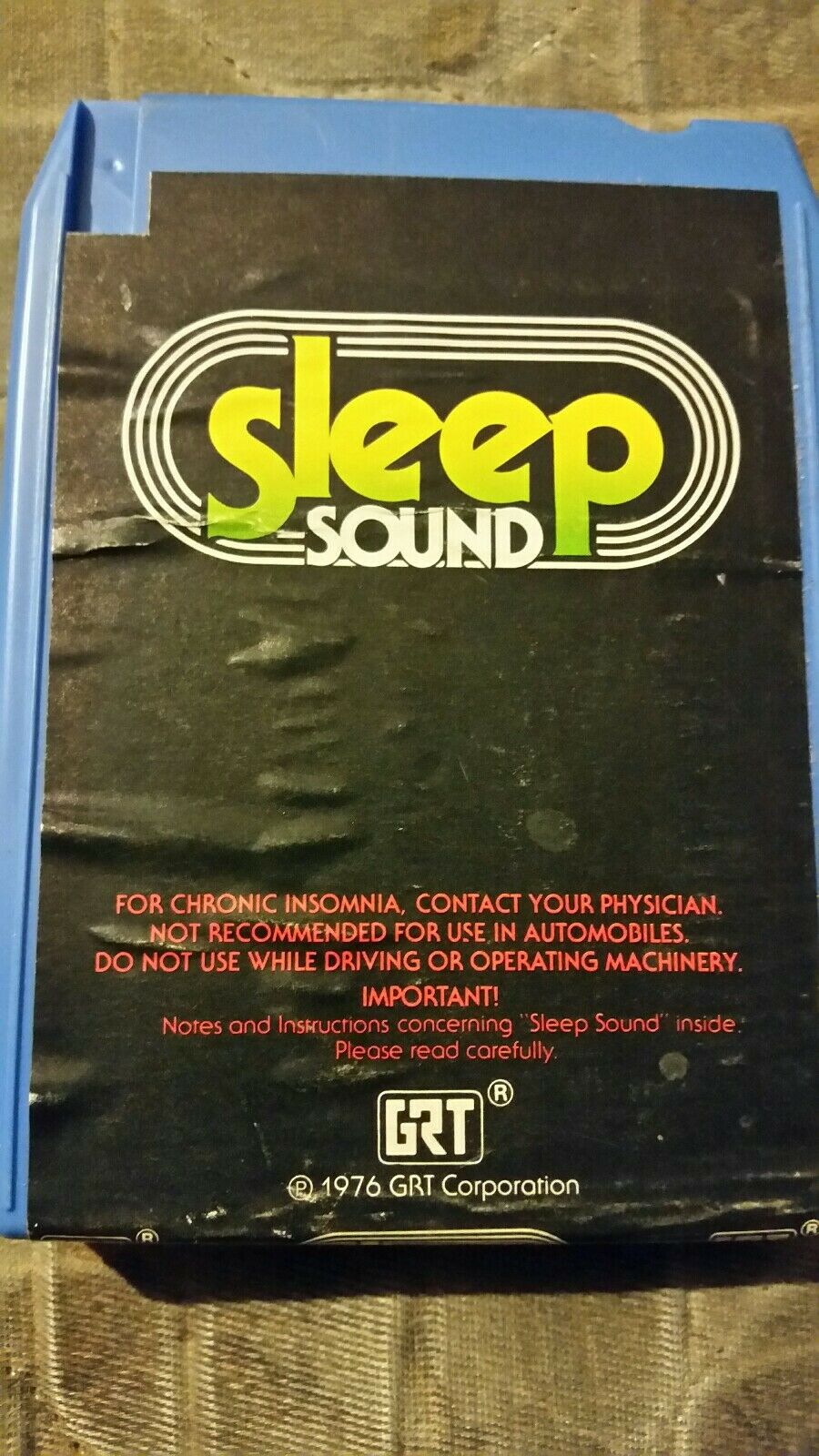 Why is it, I feel I must own one of these now?

"2 Lp set of uncredited classical, mostly symphonic classical, music in bits & pieces. Side one ends with Bach's "Jesu, Joy of Man's Desiring" and side two opens with Johann Strauss's "Blue Danube Waltz." Although this is a two Lp set, both sides of each vinyl 12" Lp contain the same program, with no bands to separate the tracks. Sound quality is rechanneled stereo with high/low frequencies split, with a slight amount of echo on the right channel. In effect, this set was marketed as a record album therapy/cure for insomnia; thematically, this album suggests that listening to romantic era symphonic classical music will put its audience to sleep (funny!).

"Dr." Adam Knieste is frequently credited in various anti-rock music books and video documentaries as a "music therapist" professional expert on mental illnesses due to listening to rock music; however, there is no evidence he continued his studies past his education and earned his doctorate in the San Francisco Conservatory in 1947-1950. Knieste was a Catholic church organist and choirmaster in Brooklyn, NY, in the early 1950s, wrote at least two songs (or four) with Bob Jaxon in 1955, which were released on Barclay Records (two 45 singles), then Barclay 1301 was reissued on Cadence 1264 45 single, "Why Does A Woman Cry"/"Ali Baba", about March. Afterwards, he returned to his organist and choirmaster position, relocated to upstate NY a few years later, and then moved to Novato, California in August, 1975. During that time his hobby was volunteering playing for mental patients with his organ. In early 1976 he planned to write an anti-rock book, but never realized it. This 2 Lp classical-music-as-cure-for-insomnia set was his next project, and it was extensively advertised for mail order sale in various newspapers about March 20-23, 1977. Knieste's opinions about eeeevil rock music appeared in various newspaper accounts in 1976, then were resurrected in a Sunday newspaper advertising supplement "magazine," FAMILY WEEKLY, in 1983. The FAMILY WEEKLY column became the source of Knieste's "expert" footnoting references in fundamentalist Christian anti-rock literature and quoted as an academic professional music therapist in Eric Holmberg's video documentary, HELL'S BELLS, in 1989. "

View credits, reviews, tracks and shop for the 1976 Vinyl release of Sleep Sound on Discogs.

winopener said:
Quite a title...

Do you a picture of the spine? I don't have that listed on the not quad page

Haha etc. Great find.
It seems GRT has moved on?:

Have you forgotten about these?

Mark Anderson said:
Do you a picture of the spine? I don't have that listed on the not quad page
Click to expand...

Stereo in a quad shell, the catalog number is the giveaway - GRT tapes always followed the same format. the first number indicates the type of tape, (8 = stereo 8-track, 7 = quad 8-track, there was another one for reel to reel, etc.), the next three digits (103) were the code for the label, and the part after the hyphen (712) was the actual catalog number of the tape. So if this tape was an actual quad tape it would've been 7103-712, like that other common GRT quad sampler, which is 7101-101.

I suspect the reason this tape is in a quad shell is because GRT was on the verge of bankruptcy and getting out of the quad tape duplication business in 1976 (they'd dumped all their stock by the end of the year) and probably was just using up whatever leftover shells they had in their warehouses.