Released in May 1975, Coming Down Your Way was Three Dog Night's second and final quad release, and second (and final) collaboration with Strawberries/Bay City Rollers hit-making producer Jimmy Ienner. This release came amongst a string of albums Ienner produced that were mixed in quad - before this he did Grand Funk's All the Girls in the World Beware !!! in 1974, and after this he'd go on to produce both Eric Carmen's self-titled solo album, and Blood Sweat & Tears' New City. 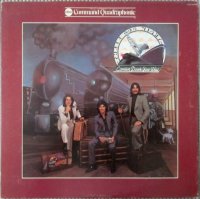 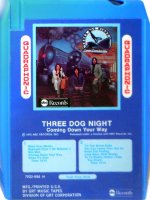 In 2008 some quad master tapes related to this album showed up on eBay. I'm sure someone can dig up the relevant threads, but in a nutshell, a (I believe no longer active) member of QQ who knew Chuck Negron's manager alerted him to the auction, and it was pulled before the auction was completed. I think the story was that the tapes were held on to by a former manager of the band or something like that, but that they were the rightful property of either Negron or whatever the Three Dog Night corporate entity is.

It always kind of troubled me that these tapes showed up on eBay in the first place, especially with all the unsubstantiated stories that have circulated about tape thefts and disposals that supposedly happened at the ABC vault as the company lurched toward bankruptcy in the late '70s. @Q-Eight saved the images from the original auction and was kind enough to send them to me (I'll include them below) and I have a working theory about what may have happened.

The tapes from the auction include three songs that didn't make the Coming Down Your Way album - This is Your Captain Calling, The Letter and Save Our Ship, but they're also missing a song that DID make the final album, Kite Man. This leads me to believe that these tapes (which are dated September 1974, more than 6 months before the final album was released) were the masters for a scrapped version of this album, and when they added Kite Man and deleted the other three songs, they decided to remix from scratch. While the tape boxes for the "eBay Masters" say that Carmine Rubino (and Corky Stasiak) did the quad mix, the stereo version of the album that was eventually released is credited to Shelly Yakus - it wouldn't surprise me if he did both the stereo mix and the "new" quad mix, given that that's exactly what he did with Rick Derringer's Spring Fever, which was released the same year.

As you can see in the pictures below, the tapes are clearly marked DO NOT USE - so given what I've outlined above, my working theory is that when they decided to remix the album a second time with the new tracklist, these old quad masters became redundant and the label handed them off to their manager, rather than throw them in the garbage, and he held on to them for all those years afterward. 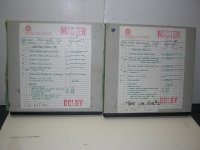 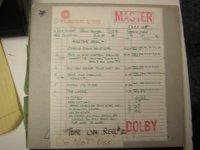 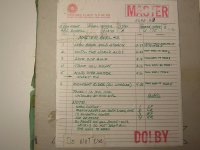 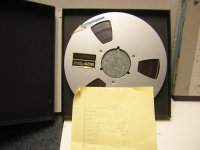 One interesting post-script to this: in 2017 Chuck Negron released a solo album called Generations, which featured three bonus tracks billed as "Previously Unreleased Three Dog Night Songs." Those tracks? The Letter, Save Our Ship, and This is Your Captain Calling, the three songs seen in the quad master reels pictured above which were excised to make way for Kite Man on the final version of Coming Down Your Way. So, I think it's safe to assume these tapes did indeed make their way into Mr. Negron's hands after the eBay auction was shut down more than a decade ago.
You must log in or register to reply here.
Share:
Facebook Twitter Reddit Pinterest Tumblr WhatsApp Email Link