Was gifted a Pioneer QX-949 that looks like It was never used in decades.

Here is the Pioneer QX-949 that was my former boss's father's stereo that he gave me. It was so filthy from wherever it was stored that I had to take it outside and clean all the dust and dirt out of it. Sadly, when I attempted to power it on, it came on for a second and then it blew the main fuse.

I just ordered replacement fuses and I hope it was just that the fuse was just so old that it blew and not a short.

If I can get this working, my plan is to use it for discrete quad formats. (Quad reel to reel and CD-4 Quad Vinyl). Sadly, my Akai 280D-SS Quad Reel to Reel is having issues so I probably need to either get it fixed or just buy another one if it isn't worth fixing. Also sadly, finding a reasonable priced stylus that can handle CD-4 Quad Vinyl is a challenge as well.

I'll focus on just trying to get this receiver working first before I go down any rabbit holes. I did buy 4 matching speakers (new) so I can test this properly if and when I can get it working.

I heard this Pioneer QX-949 was the top of the line quad receiver in 1974. Also there is a QX-949a version but the only difference was the "A" version had "Full Logic SQ decoding". Since I have no interest in matrix format quad sources (I only am interested in discrete sources), not having the full logic SQ decoder is not a big deal to me.

Anyways, I hope this is a start to having a good discrete quad system. 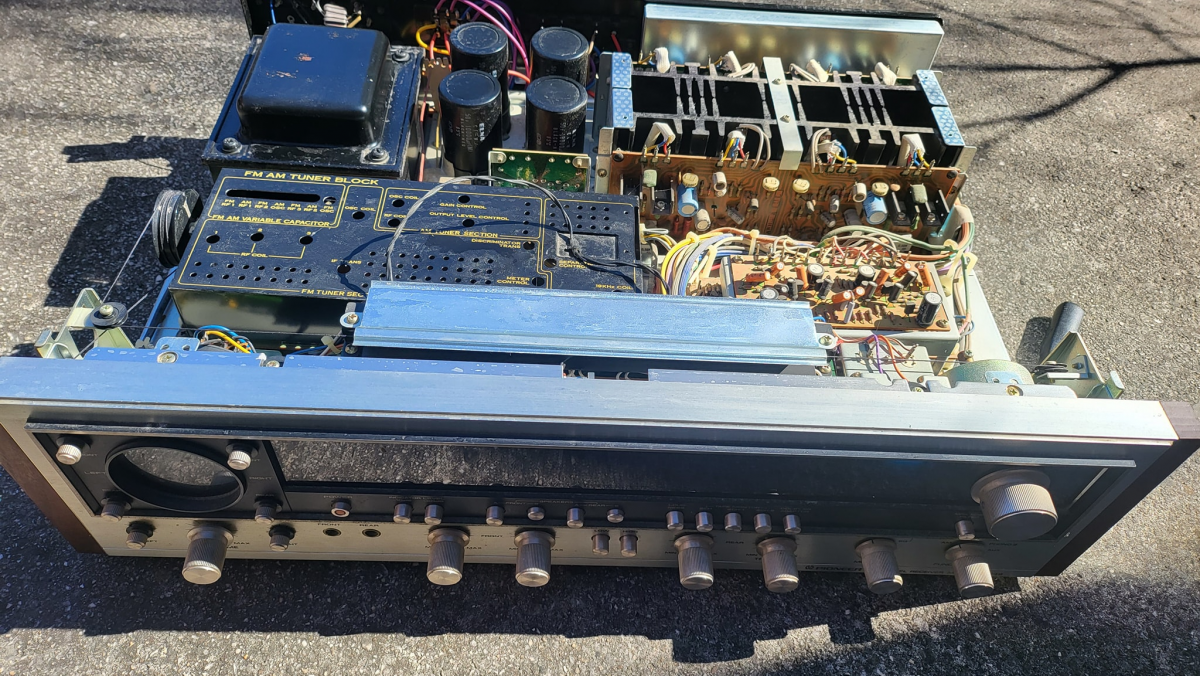 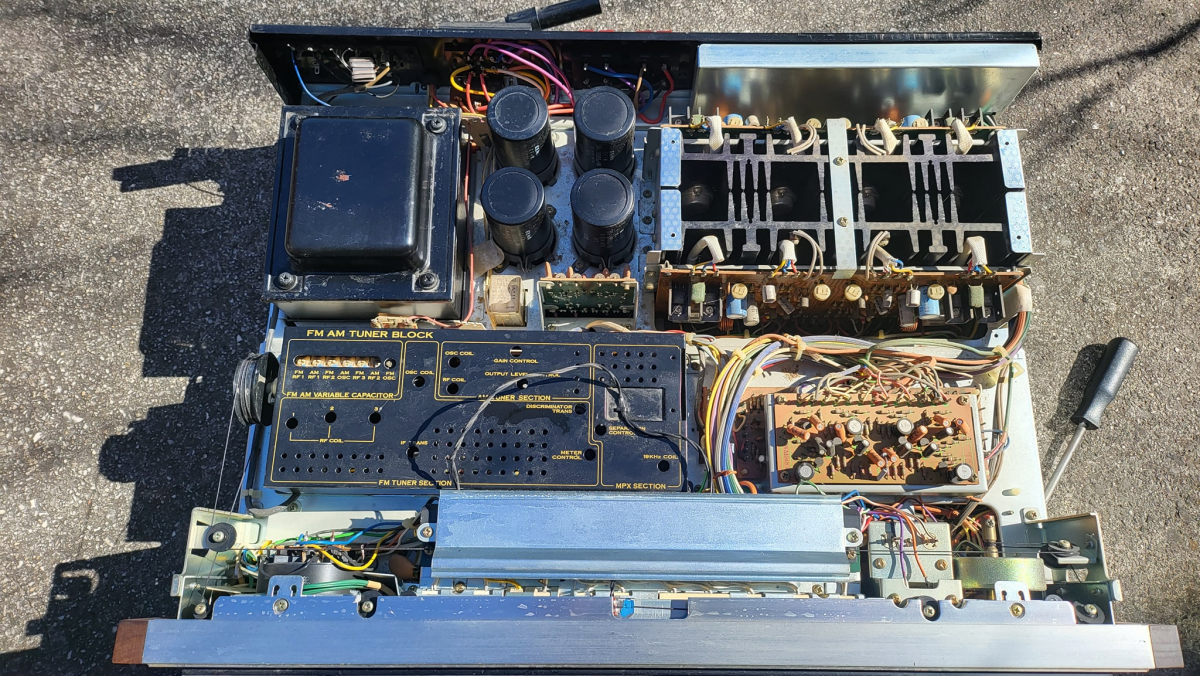 Fuses very rarely blow because they are old. There is something wrong with it. If it hasn't been used in decades you should "bring it up on a variac" which means starting with very low AC voltage and bringing it up to line voltage over a period of time. This theoretically allows the filter capacitors to "reform" You should make sure you have multiples of the fuse size you need. If the caps are in great need of reforming and you ignore it sometimes they will "splurp" and blow out whatever electrolyte is left in them.

You could unhook the main filters and apply DC voltage from a power supply. If it blows a second fuse you need to "unhook the loads " from the power supply and figure out where the short or high current node is. Does the fuse blow before or after the speaker relay closes. If it blows with no spikkers hooked up to it it may have a blown output device.

Yes, as gene says, if it’s blowing fuses there’s a fault (or several!) – don’t just replace fuses hoping the faults will go away. They won’t – they will only get worse! Aluminium Electrolytic capacitors can (if you are lucky) be ‘reformed’ i.e. the thickness of the aluminium oxide dielectric layer repaired but only if the oxide degradation isn’t too bad, they haven’t dried out and if it’s done very carefully. Best not to try and do it in circuit. You must use a series current limiting resistor of say 100 K and apply 75% of the rated dc voltage (observing polarity) until the volt drop across the resistor is about 10% of the applied voltage – it may take several hours for this to happen for large capacitors but if the initial surge voltage across the resistor does not drop substantially in a few minutes the capacitor will be passing too much current and will probably overheat and explode! But there’s no guarantee that this process will work. And it certainly won’t if the can is blown and electrolyte is visible. Frankly if the electrolytics are suspect (and any that haven’t been used for several decades almost certainly should be in that category) its far easier just to replace them.
Last edited: Mar 21, 2022
V

Okay, so it might be time for me to purchase a variac then before attempting to power on this receiver with a new fuse.
V

I will also look closely for any electrolyte leakage.
V

VARIAC ordered! Thank you all for your help!
You must log in or register to reply here.

V
Hello from Texas USA too!

V
Is it even worth trying to find a cartridge/stylus to play CD-4 on my linear tracking P-mount (T4P) Turntable?
2