What defines a Quad Mixer?

What exactly is a Quad Mixer?

I have Tascam m-106 audio mixer with four separate outputs, but i can only send a signal or an odd or even out put, so, its more like dual stereo output.

Do they make mixers where each channel can go to any output, but stereod betwen the rest if needed.

Here is such a console from the glory days of quad.
It has 24 inputs, so 24 microphones, keyboards, drum machines or whatever can be plugged in and the recording would be made to a 16 or 24 track.

Then the console would be switched to mix mode. The channel strips that were used for recording would now be used for mixing.
The tracks are mixed to “mix busses”.

This console has 16 mix busses. As you can read, it has quad, stereo, cue and overdub mix busses.

What you have is a 6 input console with two stereo busses. It does not have a quad bus.

It was popular with college radio stations. With 2 stereo busses it is easy to do a "mix minus" for call in shows.

elguapo511 said:
What exactly is a Quad Mixer?

I have Tascam m-106 audio mixer with four separate outputs, but i can only send a signal or an odd or even out put, so, its more like dual stereo output.

Do they make mixers where each channel can go to any output, but stereod betwen the rest if needed.

Yep. Every channel has a joystick control instead of just a pan pot.

Some of the early analog boards would have had limited joystick buses that you could assign channels to. Now in the digital age, you assign joystick controls on mixing board in your DAW to any channel you please. You often still have mono and stereo signals in the mix and might route directly to a channel or channel pair. But you could have literally every channel of the board with a joystick "pan" outputting to your 4.0 or 5.1 mix bus.
Q

Tascam MB20 mixes 6 inputs to 4 channels out, there are usually a few for sale at any given time.

I have a Yamaha 01V96v2 console (owner's manual link) that has a surround mix mode that is configurable in various ways. I'm a little embarrassed to admit I've never actually messed with this feature; I only ever used this board for live sound in stereo. In other areas it's a bit outdated, feature-wise, but the sound is still very transparent even by today's standards.

Lately I've been thinking about dragging all my old keyboards & mix gear out of closets & attic, setting it all up in a spare bedroom, and finding out what kind of noises, interesting or otherwise, I can make (maybe even record) with it. If this ever comes to pass, I'll definitely be trying some surround mixes with the old Yamaha.

Or you could just mix in a DAW and focus on the mix instead of the challenges of earlier technology. (Unless that experience is the point of course.)
I still recommend Reaper.

Looks like a baby small format stereo mixer when I look it up. Every search comes up with the little 8 channel stereo board.

Are you interested in this as history elguapo511?
If you were actually looking for a mixing board to use... go DAW. Unless you want to spend absurd money for the experience of the troubles with old tech of course! The very same DAW app you use for stereo work can be used just as easily for surround. Most modern DAWs have you pick the joystick panner plugin of your choice. Some DAWs have a default surround panner just like they do for the default stereo pan pot. (Protools used to do that. Maybe what's left of them still do.) Reaper defaults to you choosing and inserting your own surround panner plugin. They include two stock choices to use. Waves and other 3rd party plugin makers have their own panner plugins available. Not sure what Logic Audio Hell is up to these days.

Now you've got me curious what analog boards might be out there with built in joystick panners. I think it was more the case of having a few external panner units that could be patched into a bus when you needed to create motion for a track source. That's how Floyd's live system was setup back in the day.
A

jimfisheye said:
Now you've got me curious what analog boards might be out there with built in joystick panners. I think it was more the case of having a few external panner units that could be patched into a bus when you needed to create motion for a track source. That's how Floyd's live system was setup back in the day.
Click to expand... 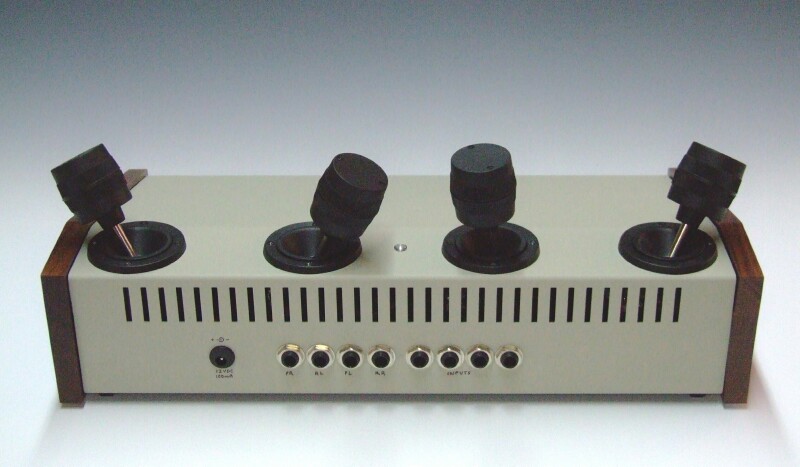 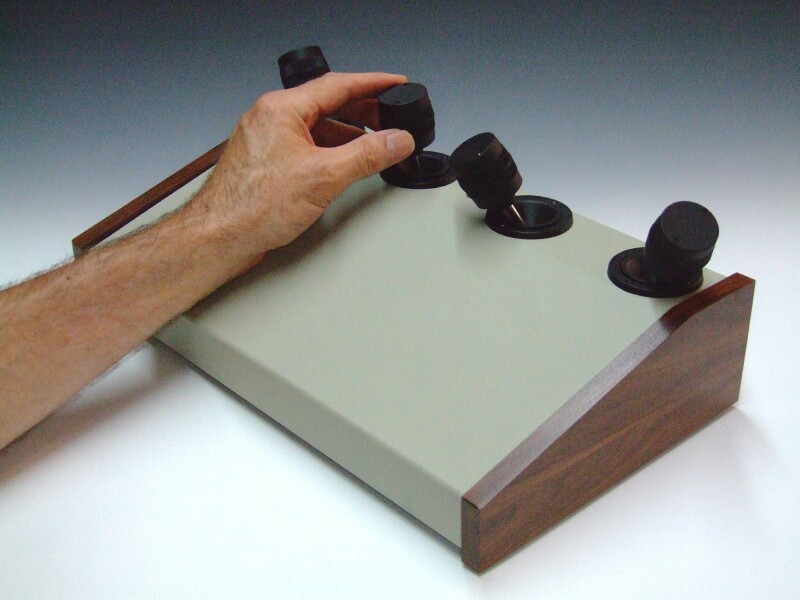 I was looking for a MIDI controller with a joystick a while back to interface with the DAW. For either live or studio use. Maybe I still am... I was considering trying one of the iPad controller apps like Span. I think they might be restricting their plugin to whatever's left of Protools at present though. There are a couple others to try too.

I wouldn't go back to an analog setup for a surround bus though! Insanity level expensive for awkward restricted workflow!

I'm not sure what I want to do right now! I could put a little more R&D into the wireless control surface interface I have with Reaper DAW and the computer. Or I could just pick up a X32 Rack of my own now. I have to admit their OSC touch control they built into a iPad app is really slick. I know the system and now so does every other sound man on Earth! And a X32 Rack is certainly cheaper than a whole Mac Pro! (Looking at it from that angle.) That should maybe stay home now.

But none of you know what the hell I'm talking about!
You see, we used to do this thing called "going out". There would be music to "go out" to hear. People like me would get paid to setup and run sound for the event and sometimes record it! Or record at my studio. Produce/mix/master recordings. Then I could do stuff like pay bills and maybe buy a new mic or audio interface here and there. Sorry, I'm probably not making any sense here at all!

Not sure what I want to rant about...
But your joystick controller looks cool, ART TEC!
Last edited: Mar 3, 2021

Not owning one, I don't know it inside and out. The OSC touch control on iPad is right out of the box. I'm actually not sure how to connect MIDI controllers to it like you can with a DAW though. Could still be some merit to using a computer and DIY.
You must log in or register to reply here.
Share:
Facebook Twitter Reddit Pinterest Tumblr WhatsApp Email Link