Forgive the imagery, but Jon Anderson is like the Energizer bunny of progressive music—he just keeps on going and going.

Forgive the imagery, but Jon Anderson is like the Energizer bunny of progressive music—he just keeps on going and going.

Brilliant! So he's getting Wilson to do Olias and (fingers crossed, if he honors Mettler's request) might even personally entreat him to tackle GFTO. Be still, my heart!

Wilson recently declared Olias his favorite album of 1976, by the way:

The heyday of punk and disco music is just around the corner, but one of Steven and Tim‘s favourite albums from this year is the very antithesis of both; an obscure solo homage to the English countryside by the bass player of a progressive rock band! Elsewhere 1976 proves to be another golden...

A Steven Wilson surround mix of Olias Of Sunhillow

wonderful. One of my favourite albums, and one I never ever thought would get the surround treatment (so I hope it does appear,

PLEASE!). Another album I got in the summer of '76 before heading off to Uni, why thinking nostalgically back to then, I even I had hair lots of it from the top of my head to right down my back, now its vice versa and also stops before the top! This would suit a full size box set book like the original LP album with its amazing middle pages, which was reprinted on the Japanese CD & Audio Fidelity SACD I have, but its too small to appreciate in a booklet that size.

A surround mix of Olias by SW would, indeed, be incredible. But I'm sure I read somewhere (may even have been a Jon Anderson interview) that it was multi-tracked and bounced so much during recording/mixing that the tapes would be impossible to work with. Hope I'm wrong.

Neil Palfreyman said:
A surround mix of Olias by SW would, indeed, be incredible. But I'm sure I read somewhere (may even have been a Jon Anderson interview) that it was multi-tracked and bounced so much during recording/mixing that the tapes would be impossible to work with. Hope I'm wrong.
Click to expand...

I read that as well, which was why I didn't think it would ever happen, but Jon Anderson in this recent interview did mention it, so one can but hope.

The AF Stereo SACD of Olias sounds wonderful but a SW 5.1 surround remix .... would be AWESOME.

Hopefully, if that transpires, SW can also tackle Anderson/Vangelis' The Friends of Mr. Cairo 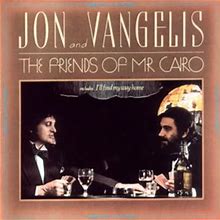 4-earredwonder said:
The AF Stereo SACD of Olias sounds wonderful but a SW 5.1 surround remix .... would be AWESOME.

Hopefully, if that transpires, SW can also tackle Anderson/Vangelis' The Friends of Mr. Cairo

I reckon my Olias Japanese CD sounds better than the AF SACD though admittedly I haven't listened to either in a while!

DuncanS said:
I reckon my Olias Japanese CD sounds better than the AF SACD though admittedly I haven't listened to either in a while!
Click to expand... 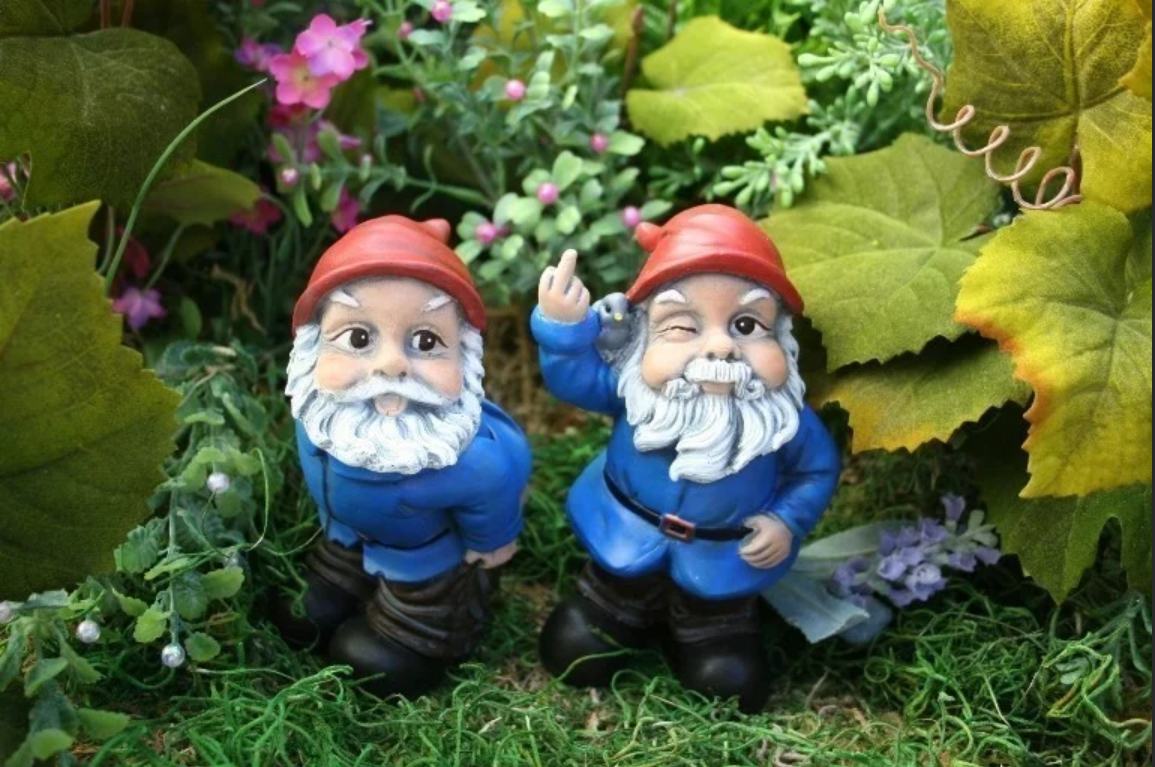 Well, it probably all comes down to the mastering and we all know the Japanese are fastidious with ALL their releases but on my Marantz SA11S3 and all analogue preamp the AF Stereo SACD sounds ravishing. 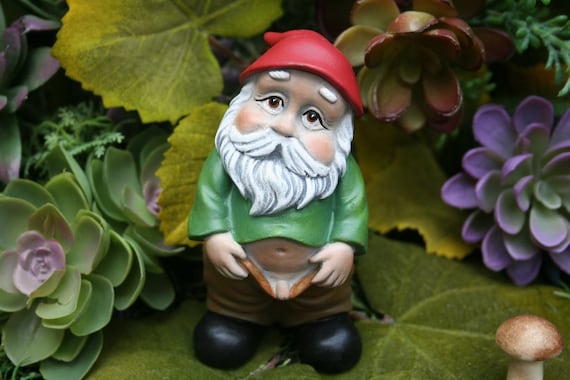 Just became aware of this. I'd love to see it happen. Jon mentions he'd like to see this before Christmas, which doesn't allow much time, providing SW was receptive to the idea, which isn't confirmed in the interview. And I like Mettler's plug for GFTO. Getting these two after pretty much throwing in the towel (especially for GFTO) would be an unexpected surprise. Still, I'm not holding my breath for the Yes title, but I'm all in for Olias!

"I got in touch with [Steven Wilson] just last month, because I want him to remix Olias in 5.1."

This is one of the top 3 on my surround remix wish list.

"That's one of the projects we want to get done before Christmas."

What a wonderful Christmas present that would be.

He's got a little mushroom to show us.

jefe1 said:
decided even for me this was a dumb joke so deleted it....
Click to expand...

knifeman said:
Jon mentions he'd like to see this before Christmas, which doesn't allow much time, providing SW was receptive to the idea, which isn't confirmed in the interview.
Click to expand...

I remember Steven mentioned in a past interview it took him almost three years working on-and-off between tours to finish the Tales From Topographic Oceans remix. Olias is obviously a much shorter piece of music than that, but just a few months to piece together the entire album does seem like a rather tight deadline. Not to mention that he'll probably also be tied up with the pre-release campaign for his new album at the same time.

I've never heard the album Olias, but I do love Jon so I thought this excerpt from Wikipedia was pretty interesting:

The album was recorded in approximately four months in Anderson's then country home in Seer Green, Buckinghamshire which housed a garage that he converted into a recording studio.[7][2] Anderson performed all of the vocals and instruments himself.[4] Two-thirds of the album was initially recorded in demo form onto 8-track tape, which Anderson used as a guide to write the complete arrangements that were then re-recorded onto 24-track.[2][4] To help with operating the recording desk and obtaining the desired sound for the album, Anderson hired Yes sound engineer Mike Dunne. Anderson worked for as long as ten hours a day on the album and took weekends off.[4] Anderson praised Dunne's involvement on the project, particularly during the mixing stage, the second side of which lasted within a week. Mixing the first side, however, was problematic because Anderson continued to make changes to the music due to his dissatisfaction with it. In the end, Anderson commented of the final mix that, with Dunne's help, "It was what I wanted to hear. Mike was more than the second man, he was part of the mix."[4] In the end, over 100 tracks were used to make the album.[4] The pressure of recording it resulted in delays which caused Atlantic to push its release by some months. Anderson said: "There were points when I didn't think I was going to finish it, and that I was going to end up a nervous wreck."[4]

Anderson was cautious over the music and refused to play the music to anyone in case they did not like it, including his wife and Atlantic president Ahmet Ertegun; Dunne was the only other person that heard the album.[2] Anderson plays a variety of keyboard, string, and percussion instruments, including the harp, wooden flute, Asian bells, sitar, Moog synthesiser and Turkish saz. He still considered his voice his primary instrument and used layered vocals to create impressions of a new language on "Sound Out the Galleon". He chose the words particularly for his voice as he was technically unable to play a dedicated solo on an instrument and called them "a vocal exercise [...] I sang it until we created twenty voices and finished up with this tangible energy."[2] Anderson named Yes keyboardists Rick Wakeman and Patrick Moraz, and Greek keyboardist and composer Vangelis as influences in his keyboard work on the album.[4]

After the album was finished, management of RCA Records informed Vangelis, a composer and keyboardist signed to the label at the time, of their dissatisfaction that he had played on Olias of Sunhillow without informing them. Vangelis denied any involvement on the album despite RCA having thought the keyboards on the album were performed in his style. Vangelis said: "I myself was very surprised it had my name on the thank you-list. Maybe I have influenced Jon, I don't know. And it's clear that it's closer to this than you get with Yes. But maybe it's a coincidence. In any case, it's a formidable feat there is such a record when it features like Jon a debutante on keyboards. I believe the record represents more the way he is than what he does with Yes, no offense intended [...] Anderson is not an instrumentalist in the old sense of the term and yet he has made, with lots of effort, a marvellous record."[8]
Click to expand...

salsdali said:
I've never heard the album Olias, but I do love Jon so I thought this excerpt from Wikipedia was pretty interesting:
Click to expand...

Hard to believe you love Jon but haven't heard this album! No offense. But it's his meisterwerk; he poured his heart and soul into it, as evidenced by that write-up you shared. As alluded to, it's incredible that someone of his limited instrumental abilities could create such an awesome album. Divinely inspired imho. It's a creation myth.

Thanks for sharing. The details seem to hint that this could be extremely hard to mix into surround. But what an amazing experience it would be if it could be done by SW.